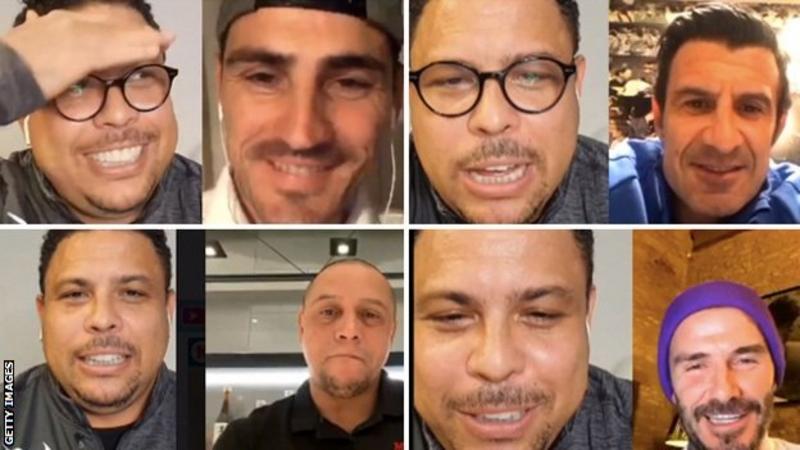 The old gang, back together.

Here’s what they had to say…

David Beckham on the Brazilian connection 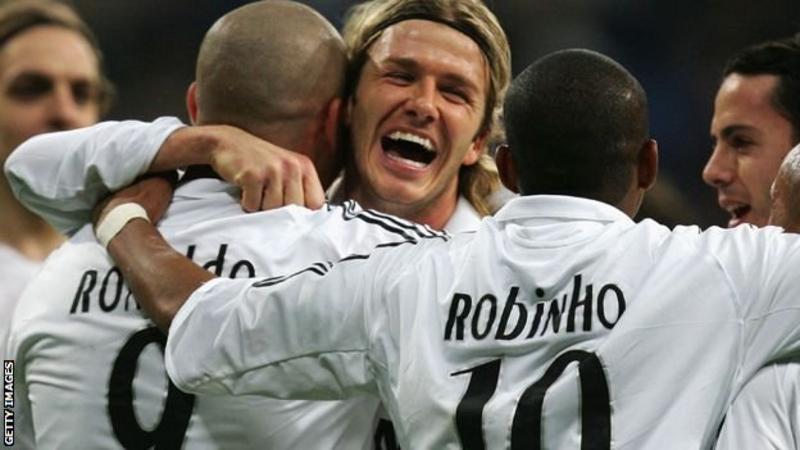 Golden Balls spent four years in the Spanish capital with Real Madrid, from 2003 to 2007. In that time, he won one La Liga and one Spanish Super Cup.

Between them they have played for an impressive list of European giants – from Real Madrid, to Manchester United, AC Milan, Paris St-Germain, Barcelona and Inter Milan.

The pair got into a proper love-in and chatted about Beckham’s stature as an honorary Brazilian.

“I remember Roberto Carlos or you turning to me and saying that, if there was any English player that could play in the Brazilian team, it would be you [ie Becks],” Beckham remembered, humbly.

“I never believed you because Brazilian players are the best players.”

Ronaldo reassured him, insisting: “You were one of the best of all time in midfield.

“The way you touched the ball, the way you could put the ball wherever you want and, without you looking at me, I was just moving and the ball came.”

The Brazil left-back, who won four La Liga and three Champions League trophies with Real Madrid between 1996 and 2007, spoke about how lucky it was that this group of players had come together at the same time.

“I remember it with lots of fondness,” he said, “it was fantastic that we all coincided.”

Ronaldo joined Real Madrid a little later, in 2002. He and Carlos won the Spanish league together in 2003 and 2007. In addition, they both won the World Cup with Brazil in 2002.

Carlos also spoke about the impact the coronavirus crisis has had on them personally: “We’ve lost lots of people, like Lorenzo Sanz.”

Former Real Madrid president Sanz died in March after contracting coronavirus. He was president at the Bernabeu from 1995-2000. 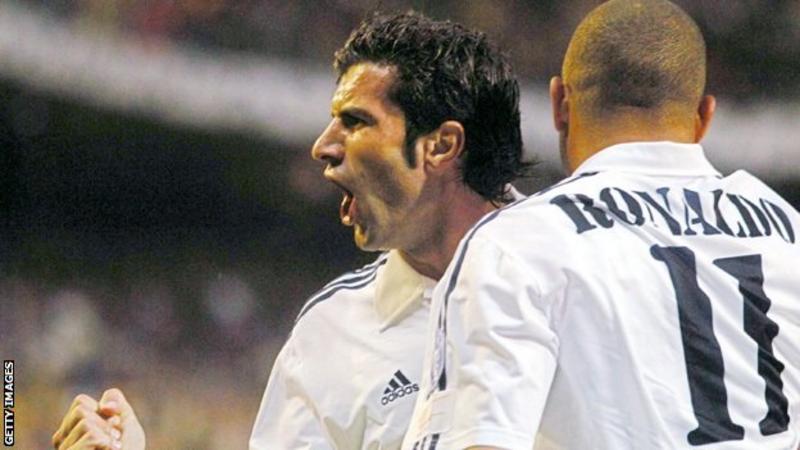 Like Ronaldo, Figo is one of those players who has represented both Barcelona and Real Madrid.

Unlike Ronaldo though, Figo made a direct switch between the two bitter Spanish rivals. Oof. He became the world’s most expensive footballer when he joined Real. The Portuguese cost the Galacticos £37m in 2000 – sounds paltry now, doesn’t it?

At the time, the move went down with the Catalans, quite frankly, like a cup of cold sick.

Two years later, some Barcelona fans were still so upset about it that they decided to throw a severed pig’s head in the Portuguese midfielder’s direction during a Clasico between the two at the Nou Camp.

Anyway, Figo and Ronaldo didn’t chat about that nastiness. Instead, they reminisced about the good times.

“All the time we spent together was special, all that allowed us to win,” observed Figo.

“Despite being such well-known players, each one knew what to do and how he had to work. That allowed us to have so many good moments.”

Iker Casillas on his heart attack 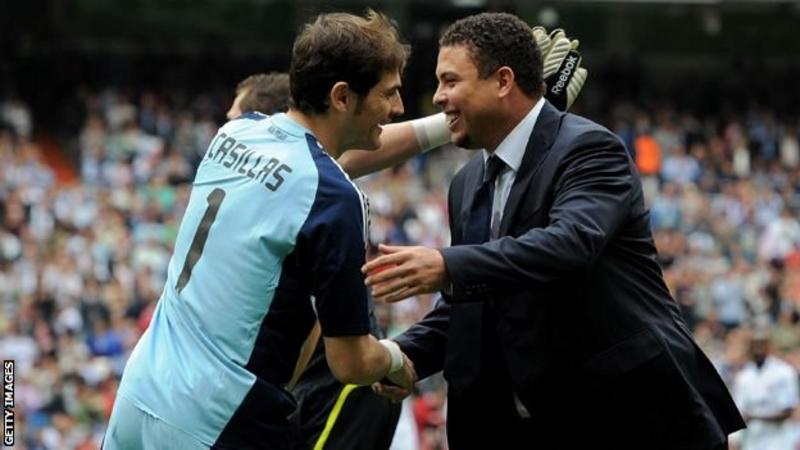 Iker Casillas is a proper Real legend. Having started there as a kid he came through the ranks and between 1997-2016 saw all the Galacticos come and go.

The 38-year-old veteran keeper suffered a heart attack while training with Porto last year and he spoke about how fortunate he was to have been well taken care of.

“I was lucky that it happened on the training pitch and that was what saved my life,” he said.

Ronaldo then spoke a bit about injuries. Throughout his time with Inter Milan from 1999-2000 he missed a heap of games through a patella rupture.

“Injuries were like a war for me for many years,” he said, adding: “The {2000] World Cup and then [joining] Real Madrid was a second lease of life for me.”

“It was a privilege to have you at Real Madrid, with your love and your way of leaving a mark on everyone. They were very good times,” said Casillas.

Well, that was a lovely little trip down memory lane. Unless you’re a Barcelona fan. Have a good day everyone.