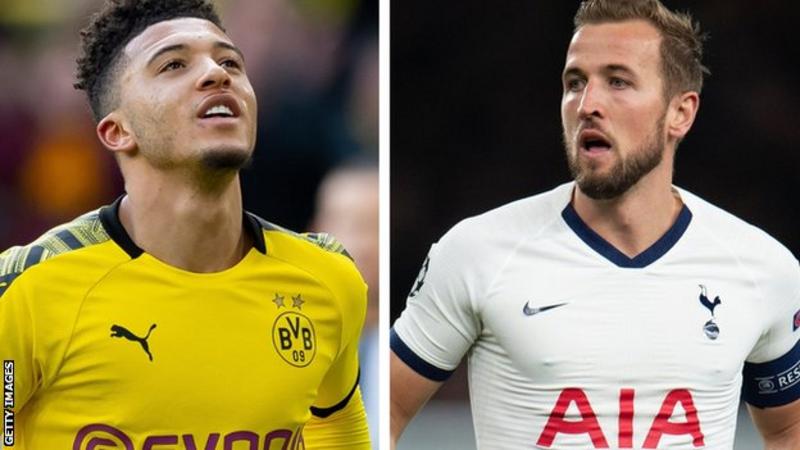 Football may have shut down because of coronavirus, but the demand for transfer news is still a constant if BBC Sport website figures are anything to go by.

Each day, the gossip column – which lists transfer news in the daily newspapers – is still among the most-read pages, even in these uncertain times.

Without football, there are no ticket sales, commercial deals are under threat and if the Premier League season is not finished, clubs could owe broadcasters £960m.

And yet, there are still stories of Borussia Dortmund winger Jadon Sancho being worth £100m and Tottenham forward Harry Kane being valued at £200m.

One senior source at a leading Premier League club said they were “staggered” that those values were still being suggested.

Football will have to adjust to a new reality, and the transfer market is one area which could be hardest hit.

But while that might impact on lower-league clubs the most, some suggest it could offer football a chance to hit the reset button and change the way the game finances itself more positively.

The CIES Football Observatory has said transfer values could drop by 28% across the big five leagues in Europe because of coronavirus – wiping off more than £7bn.

Others have told BBC Sport that in England there could be a minimum drop of 20% because clubs simply will not have the same money to spend.

In addition to a loss in income, Premier League clubs still owe £1.6bn for players they have already bought, according to figures complied by football finance expert Kieran Maguire.

Most agree that where the power used to lie with the selling club, now it will suit the buyer.

“I’d be amazed to see the transfer market continue as it was,” says Huddersfield’s head of football operations David Webb. “Even the superpower clubs will think ‘we don’t have to go out and pay this fee any more’.

“I think it will lead to a big change in recruitment. Even the big clubs will be looking at salary caps, and recruiting within certain levels and saying they won’t be dictated to by the markets any more.

The knock-on effect of that, according to Burnley’s technical director Mike Rigg, is that the market will become more cautious.

“There’s always an article somewhere screaming out ‘who cares what it costs, just give them what they want and get the player’,” he tells BBC Sport.

“The fans understandably want the player, but sometimes you have to say no [to the selling club] because sometimes it’s not healthy and there have been lots of cases where chief executives and managers get absolutely vilified for standing their ground. Hopefully everybody understands that we have to do that now, and this will force people to be more cautious.”

There is also a flip side to that, he says.

“If you don’t know how you’re going to acquire a player, clubs won’t want to lose their own players as easily as they have before,” the former Manchester City technical director adds.

“You might want to retain what you have and if there is interest, you put even more of a premium on your best players because you don’t want to lose them.”

That might be music to Burnley fans’ ears after several clubs have reportedly shown interest in young winger Dwight McNeil. 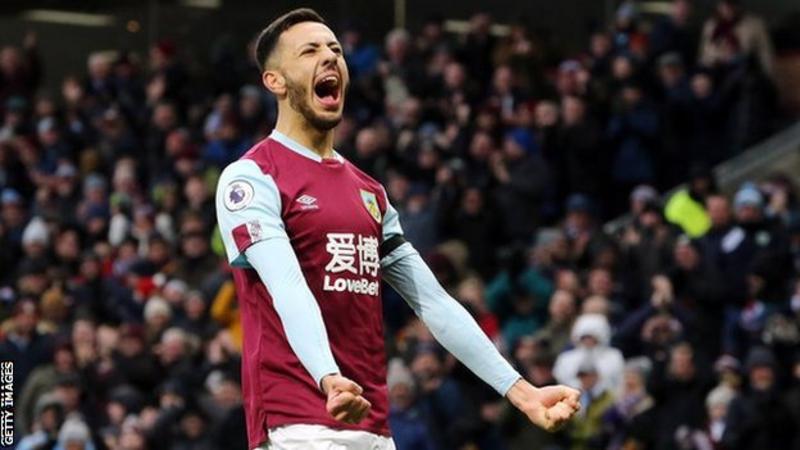 Even if a club can spend £50m on a player, and it seems unlikely for most, there is also another factor to consider: how might it look?

At a time when people are losing their jobs, being placed on furlough and the daily death toll is in the hundreds, the usual spending from Premier League clubs would seem out of sync with a country encountering hard times.

There was a huge outcry when five Premier League clubs placed their non-playing staff on furlough while still paying their high-earning players, with three – Liverpool, Tottenham and Bournemouth – reversing their decisions to leave Newcastle and Norwich as outliers.

It has led to calls from former Manchester United and England defender Garry Neville for clubs furloughing staff or cutting players’ wages to face a transfer embargo.

“Football has to be more conscious than ever with regards to its image, PR and communications,” says former Football Association director of communications Adrian Bevington: “I don’t think it would look particularly good on any club that starts spending big money on the back of this crisis.

“A multi-billion pounds industry going cap in hand to the tax payer has not gone down well with the public and I genuinely believe football has to ensure it is getting the mood of the nation right in the big decisions it takes.”

Webb, who was formerly at Swedish side Ostersunds FK, adds: “Clubs like Manchester United or Manchester City are wealthy but how would that look when NHS staff are on £20,000 a year? It’s something they might have in mind.

“They might have to consider dropping down a level for a player at a different level of finance. If we are paying big wages to players are we going against everything that just happened in the world?”

Burnley and Huddersfield are well-run clubs and do not need to sell players in order to survive.

But what if your team’s financial future was so dire that offloading players became a priority?

Webb believes that bigger clubs will already be training their eyes on players at clubs who are in desperate need of money.

“Premier League teams and some in the Championship will have had targets who were too expensive, but all of a sudden they will become more realistic,” he says. “Smaller clubs will be at the mercy of the big clubs. They will know which ones need the money, and be able to manipulate the situation to their own advantage by going for their best assets.”

However, he rejects any notion that this type of approach is opportunistic.

“There is a certain way we like to operate and we wouldn’t want to take the mickey with offers,” Webb, who is set to leave his Huddersfield role at the end of the season, adds. “We also know that certain clubs were over-valuing players by 50% so you could argue all we are doing is taking back our own estimates of the players in the first place and paying an honest price.”

‘Time for football to hit the reset button’

With so much uncertainty in football, one consistent theme emerges: things need to change.

After Bury dropped out of the English Football League in August and with many Championship sides posting losses, Tranmere chairman and former FA chief executive Mark Palios has warned that the number of clubs becoming insolvent could reach double figures.

The desire to amend football finances already existed but the coronavirus pandemic has intensified that wish. Calls for reform range from salary caps to a wider distribution of broadcast income.

“Football has an opportunity, like a lot of society, just to press the pause and reset button,” says Bevington, who was previously Middlesbrough’s head of recruitment operations. “It means that we don’t have to carry on doing things the way we have been. Players have received huge salaries over the past 25 years since the Premier League was established, but will those salaries be at the same level they have reached over recent years? Perhaps not.

“I think there was a reset going on anyway last summer. There was a drop in wages that were being paid outside of the Premier League and there weren’t many big transfers, but there will be a requirement for that now.

“That doesn’t mean there won’t be any big transfers moving forward – there are bound to be – but it’s important that it is managed in a way that the clubs are protected.”

Rigg – whose club have been described by Maguire as “financially, the best-run in the Premier League” – believes some clubs have been playing “fast and loose” and the current situation could allow them to re-evaluate their business models.

“It will make everybody think a little more deeply, from owners right the way through to players and agents,” he says. “It could also become an amazing opportunity for clubs’ youth systems, where academy players can step up to the plate.

“Quite often the transfer window is driven by the media circus that goes around it. It’s big news and very interesting, but it’s not always necessary to overturn huge numbers in order to be a guaranteed success. There are a couple of clubs in England who have spent absolute fortunes over the past few seasons, for what they would consider good reasons, but it doesn’t always work.”

Webb believes that it will force clubs to recruit more wisely.

“The clubs who are best at recruitment find players that no-one else sees,” he says. “So for clubs who do their homework it will be really good for them, because they will get even more value, whereas the clubs used to paying whatever it takes, they might want to re-evaluate what they do and be smarter.”

Perhaps even fans need to play their part in what Bevington calls the “race”, by tempering their expectations.

“You only need to turn the radio on, especially at weekends, to hear fans from all different clubs who have high demands on their owners to invest in new players,” he says.

“I’m not saying we won’t have a transfer market, and for those clubs further down the leagues, it can be a Godsend. One or two really good transfers can make the clubs solvent for a sustained period of time, but it might just be calmer moving forward.

“It’s about getting the balance right. Everything is not broken in football, but the model does need to be realigned.”

Related posts:
Coronation Street spoilers: Nina Lucas makes life-changing discovery in ‘paternity’ twist
NHS will use network of virus-free 'hubs' to treat patients
Popular News
‘Bachelorette’ Star Becca Kufrin & Garrett Yrigoyen Split & End Engagement After 2 Years Of Dating
07/08/2020
Man Utd wonderkid Ramon Calliste, called ‘the next Giggs’, now owns luxury watch business and makes £5m a year – The Sun
26/03/2020
Megan Thee Stallion Addresses Criticism Over Twerking: ‘I Love to Shake My A**’
26/03/2020
Police guard shops to stop coronavirus panic-buyers and enforce social distancing – The Sun
26/03/2020
Coronavirus: Good Morning Britain’s Dr Hilary reveals ‘game-changing’ self-testing kit
26/03/2020
Recent Posts
This website uses cookies to improve your user experience and to provide you with advertisements that are relevant to your interests. By continuing to browse the site you are agreeing to our use of cookies.Ok