CONOR MCGREGOR continued a potential second career as a CYCLIST with a Yellow Jersey ride during the Tour de France.

Having retired from UFC, the Irishman has been enjoying a holiday by the Tour's French Riviera launch. 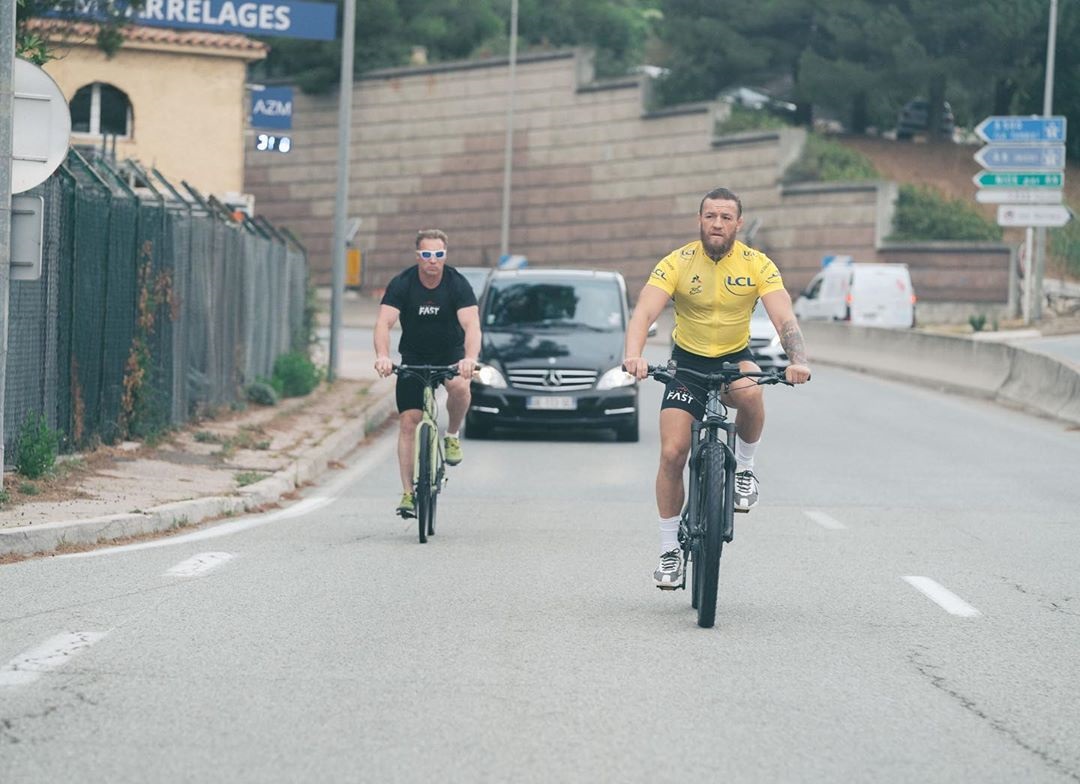 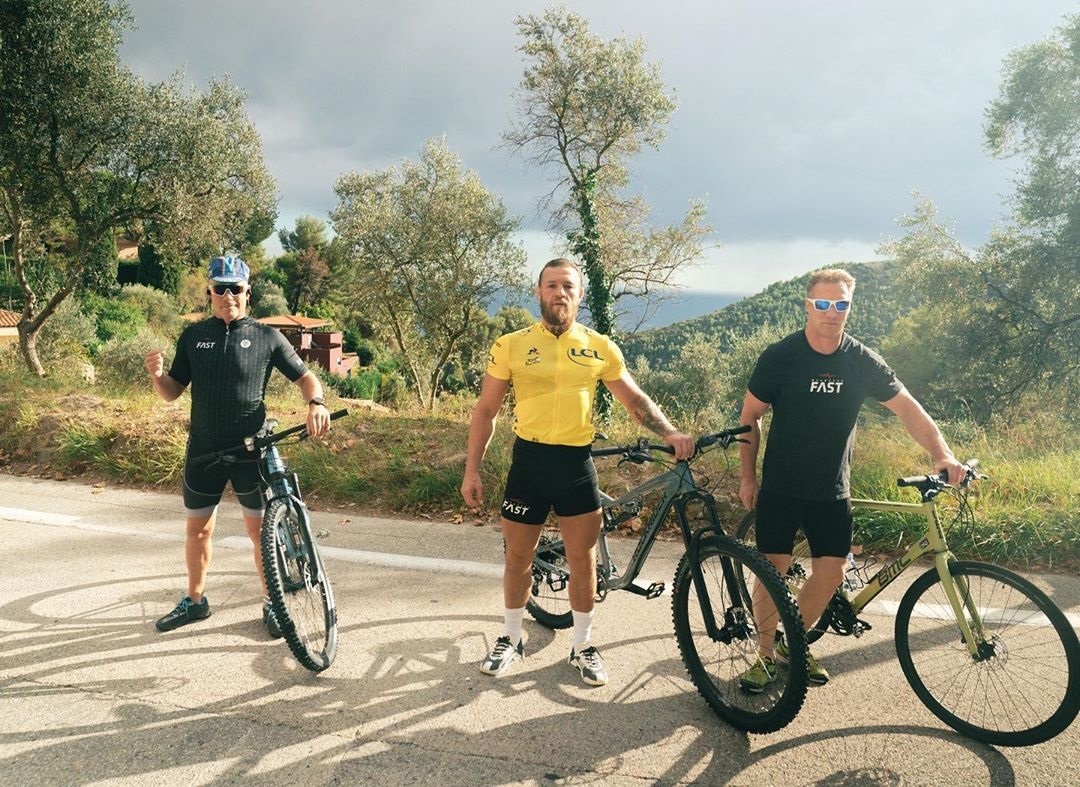 McGregor watched the famous race's start in Nice on the weekend, writing on Instagram: "In the royal cavalcade headed to the launch of the Tour De France 2020!"

And he squeezed into a yellow jersey for a ride around the stage on Tuesday.

Not only did McGregor don the famous shirt, he enjoyed the high life with a mani-pedi spa treatment from his holiday pad.

The 2020 Tour de France began with the traditional Grand Depart from Nice on Saturday.

Home favourite Julian Alaphilippe won the first mountainous stage the following day with the race culminating in Paris on September 20. 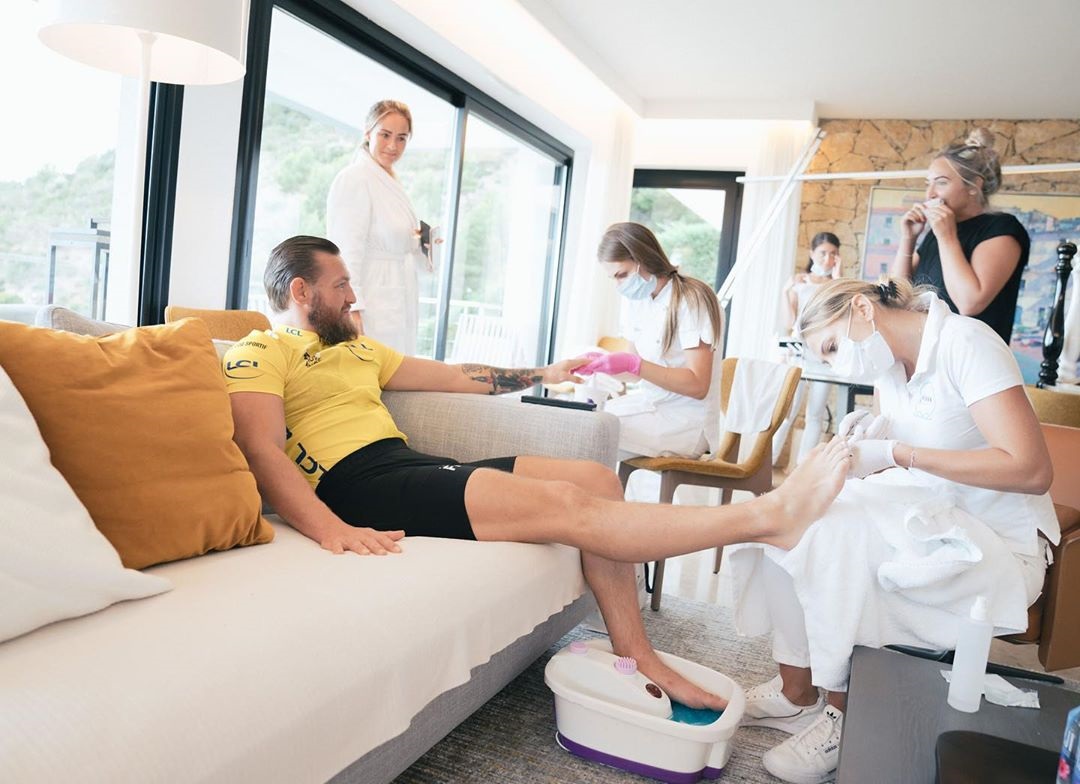 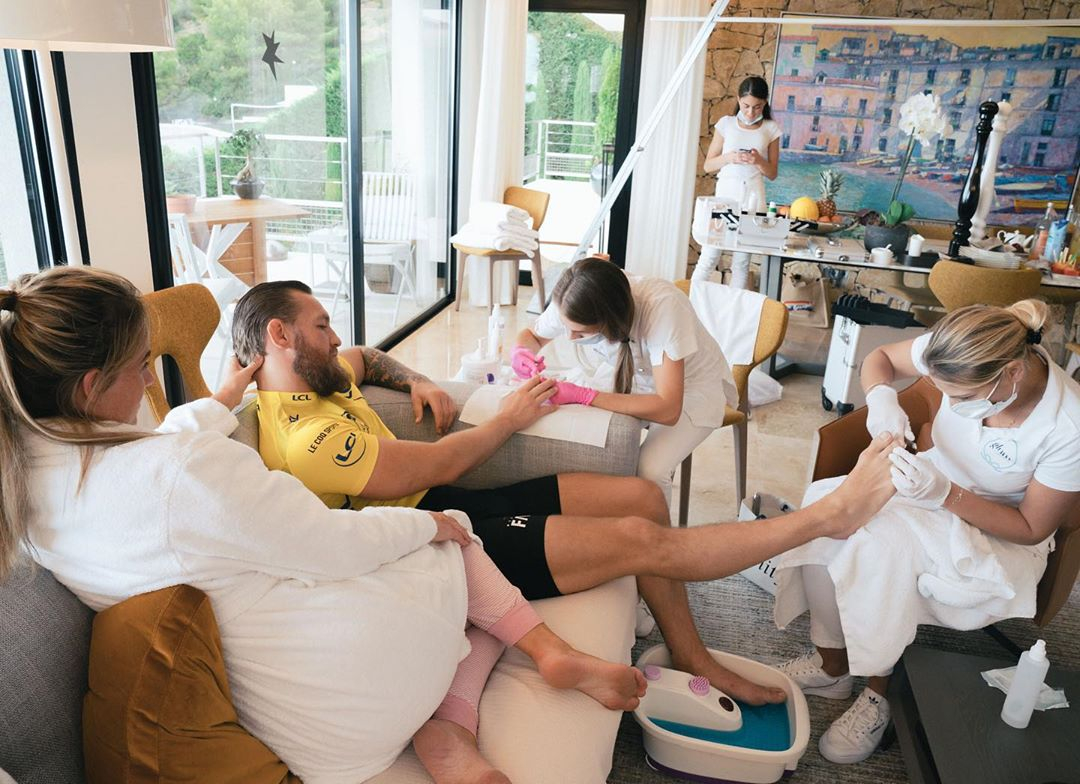 McGregor retired from UFC in June – but many fans expect he can be tempted back into the Octagon.

Later this month, he will get back on the pedals to take part in a 180km water cycling challenge.

Together with Princess Charlene of Monaco, the 32-year-old will attempt the voyage from Corsica to Monaco for charitable causes.

However, a potential rematch with Khabib Nurmagomedov may be enough to lure McGregor to MMA once more.

Related posts:
Ken Friar steps down from Arsenal board after 70 YEARS at club as Stan Kroenke's mass overhaul continues
Newly-qualified teacher ridiculed after posting selfie in mask with message saying 'I'm scared and so are the students'
Popular News
Strictly judge Craig Revel Horwood to star in Celebrity MasterChef's Christmas special
20/09/2020
Man Utd wonderkid Ramon Calliste, called ‘the next Giggs’, now owns luxury watch business and makes £5m a year – The Sun
26/03/2020
Megan Thee Stallion Addresses Criticism Over Twerking: ‘I Love to Shake My A**’
26/03/2020
Police guard shops to stop coronavirus panic-buyers and enforce social distancing – The Sun
26/03/2020
Coronavirus: Good Morning Britain’s Dr Hilary reveals ‘game-changing’ self-testing kit
26/03/2020
Recent Posts
This website uses cookies to improve your user experience and to provide you with advertisements that are relevant to your interests. By continuing to browse the site you are agreeing to our use of cookies.Ok