Connie Chung dishes dirt on CBS, ABC colleagues, plus Letterman and ‘The Undoing’

Connie Chung — the former ABC, CBS, NBC and CNN anchor — has dished in a revealing new interview on behind-the-scenes tensions with colleagues including Diane Sawyer, Barbara Walters and Dan Rather, as well as her seemingly flirtatious relationship with David Letterman, and how she ruffled Hugh Grant’s feathers during her cameo in the recent HBO hit “The Undoing.”

On Andrew Goldman’s “The Originals” podcast for Los Angeles Magazine, Chung said that working with Rather at CBS was like a scene out of “Psycho,” while her treatment at ABC working with Walters and Sawyer was “not unlike what Tonya Harding did to Nancy Kerrigan.” She also said of Letterman, “off the air, he’s dark,” and recalled how she got the “evil eye” from the director of “The Undoing,” Susanne Bier. 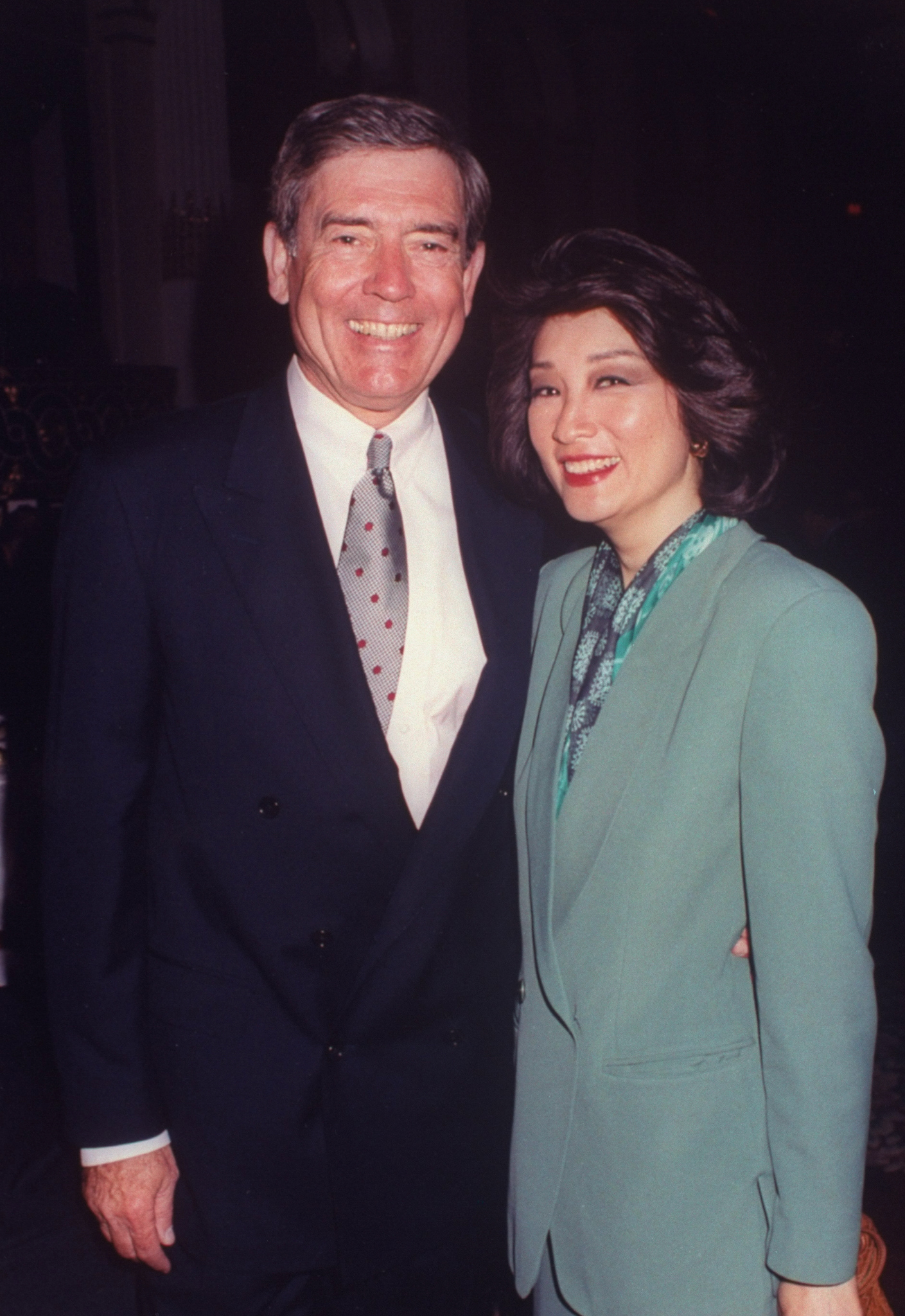 Chung, 74, began her career as a “CBS Evening News” correspondent in the ’70s, before heading to NBC, and ultimately winding up back at CBS as its marquee co-anchor with Rather in the ’90s. But while Rather was outwardly “very Texas gentlemanly,” she told Goldman, “If I turned my back, I felt like I might be in a scene of ‘Psycho’ in the shower.”

Later, “When I went to ABC news, I joined with both Barbara Walters and Diane Sawyer there and I thought, ‘Oh, this is going to be great. It’ll be three women who get along.’”

Instead, she found a scene “not unlike what Tonya Harding did to Nancy Kerrigan,” because, “when I got to ABC, both Diane and Barbara were in the same sort of arena of trying to get these big interviews. So when I tried to go after them, I was told I could not. That Barbara and Diane were the only ones who could compete for the interview and I had to stand down. And I said, ‘Really?’”

She wound up upsetting the ABC applecart by landing a 2001 interview with Rep. Gary Condit about the disappearance of intern Chandra Levy. 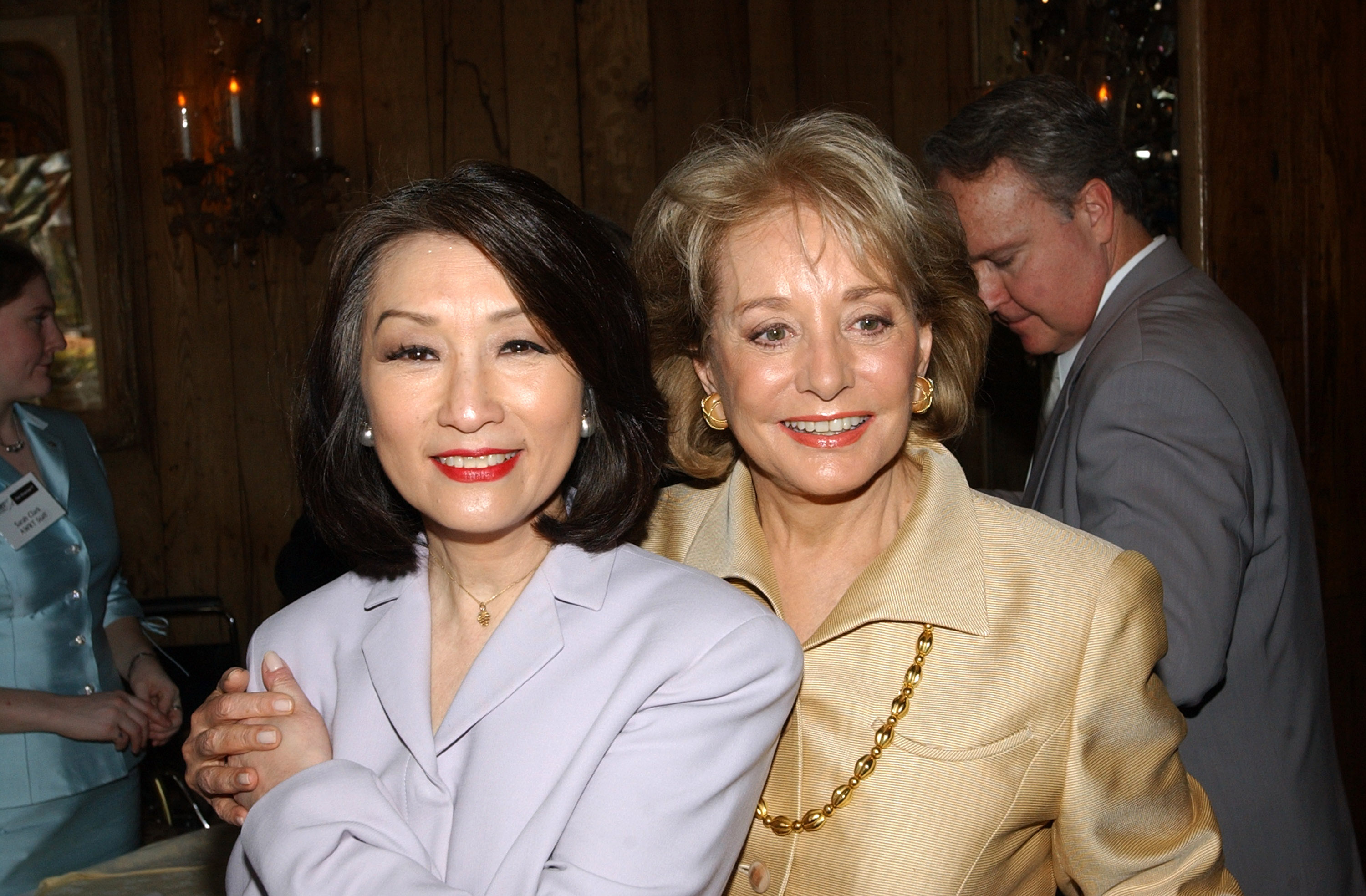 During Chung’s career, she became one of David Letterman’s favorite guests, and fans felt there was chemistry between the late-night show host and the anchor, who’s been happily married to Maury Povich since 1984.

“I had this thing for him, and he had a thing for me, and I really think it was inexplicable in that respect,” she said of Letterman on Goldman’s podcast. “And yet I really didn’t have a thing for him. Do you know what I mean?” She further explained, “I love people who have a sense of humor and who are charming, and he was that when he was on the air.”

She also said of Letterman: “He’s anti-social is what he is.”

Chung, who left the news game in 2006, plays an interviewer grilling Grant’s character in the new series “The Undoing,” but told Goldman she annoyed the star — and the director.

“When Hugh Grant sat down, he was looking all rumpled. He’s one of those British rumpled fellows,” Chung said on the podcast. “And his tie was askew, and I am very OCD. So I said, ‘Hugh, straighten up your tie.’ And he goes and fixes it. And then one collar was outside of his suit. And I went, ‘Hugh, fix that.’ And then he was looking like Rodney Dangerfield. He should sit on the back of — like in broadcast news — sit on the back of your jacket, so that it’s nice and tidy.”

But when Chung was about to give Grant that tip, “He goes, ‘Now what?’” she related, adding that Bier, “gives me … an evil eye, as if what the hell do you think you’re doing?” (Chung doesn’t mention Bier by name, but calls her “the Danish director.” Bier directed all six episodes of the series, and is from Copenhagen.)

Chung said of Grant, “He was not very friendly. I had interviewed him right after ‘Four Weddings and a Funeral’ for his next movie. So when I saw him, I said, ‘Oh, hi. I interviewed you … do you remember?’ And he said, ‘No.’ So, I went, ‘OK‘ … I figured he was getting into his acting zone, whatever that is.”

Page Six has reached out to reps for Rather, ABC News, Letterman and HBO for comment.

We’ve previously reported that Chung said she “went through hell” in her career as a woman journalist coping with discrimination while covering big stories.

Related posts:
Every time a man talks about sex straight away I think that's all he wants
Whatever Happened To David Archuleta From American Idol?
Popular News
Elvis Presley's Classmates Considered Him 'Trashy' In School
16/01/2021
Man Utd wonderkid Ramon Calliste, called ‘the next Giggs’, now owns luxury watch business and makes £5m a year – The Sun
26/03/2020
Megan Thee Stallion Addresses Criticism Over Twerking: ‘I Love to Shake My A**’
26/03/2020
Police guard shops to stop coronavirus panic-buyers and enforce social distancing – The Sun
26/03/2020
Coronavirus: Good Morning Britain’s Dr Hilary reveals ‘game-changing’ self-testing kit
26/03/2020
Recent Posts
This website uses cookies to improve your user experience and to provide you with advertisements that are relevant to your interests. By continuing to browse the site you are agreeing to our use of cookies.Ok