College Football Playoff: Did bubble teams do enough to make the final cut? 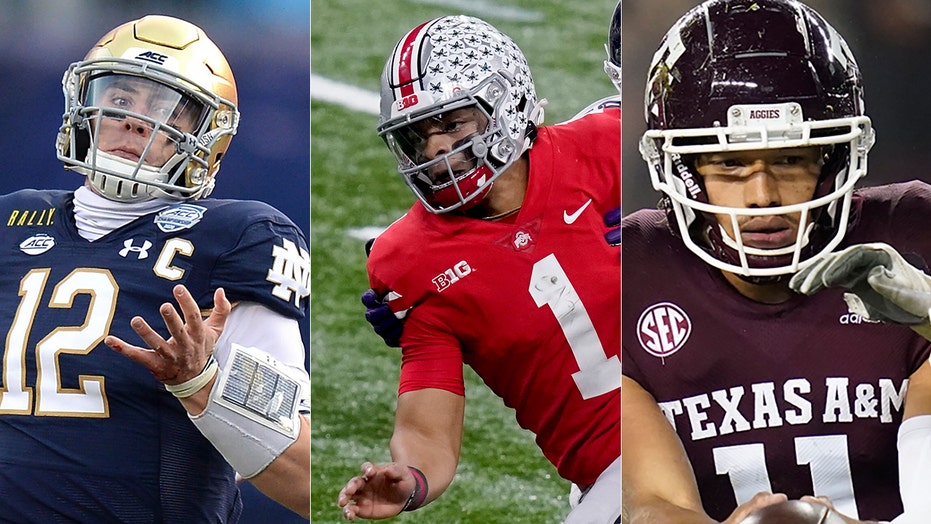 The College Football Playoff committee will have one of its toughest challenges when it decides which four teams will contend for the national championship next month.

There were several teams on the bubble going into championship weekend and the teams in the top four going into the weekend needed a win to stay in contention. Some teams in both categories pulled out victories while others floundered.

Will the top four teams in contention stay that way? Will the teams that needed to win to stay in or make a leap do enough to convince the committee to put them into the playoff?

Read below to see how the top teams fared.

ALABAMA: The Crimson Tide won the SEC championship on Saturday night and likely solidified its's No. 1 ranking in the College Football Playoff. The team is going to be very tough to beat. 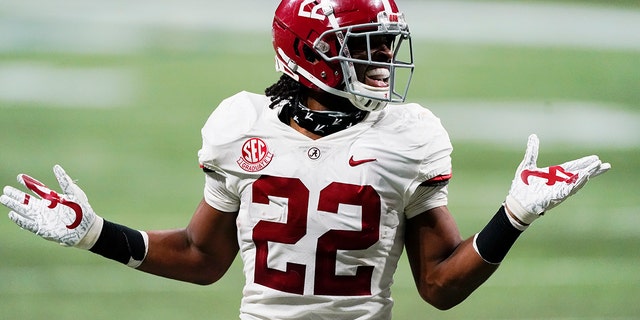 Alabama running back Najee Harris (22) reacts to his touchdown against Florida during the first half of the Southeastern Conference championship NCAA college football game, Saturday, Dec. 19, 2020, in Atlanta. (AP Photo/John Bazemore)

NOTRE DAME: The Fighting Irish might be on the outside looking in when it comes to the final four. Notre Dame lost in the ACC championship despite finishing their first-ever ACC run undefeated and having already beat Clemson earlier this year. It was clear on Saturday that the difference-maker was Trevor Lawrence.

CLEMSON: Trevor Lawrence and Clemson did what they needed to do to stay in the top four of the CFP rankings. Lawrence had a terrific game to win the ACC Championship and got revenge on Notre Dame in the process.

OHIO STATE: The question surrounding Ohio State is whether they’ve played enough games to warrant a playoff bid. Six wins in their shortened season along with a Big Ten Conference title is not a terrible resume and they’ve been at the top since the first rankings were released. Was their win over Northwestern on Saturday convincing enough? 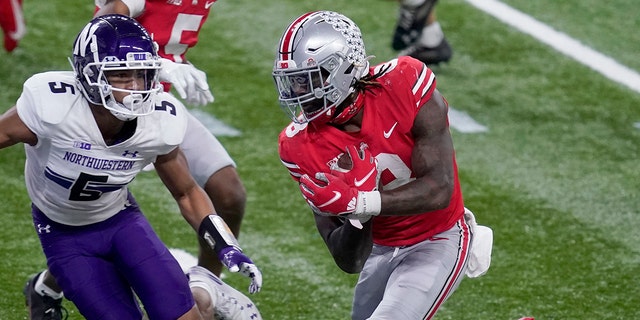 TEXAS A&M: Texas A&M took care of business on Saturday against Tennessee. The team’s lone loss came against Alabama earlier in the season, which forced them out of the SEC title game. The Aggies are primed to jump into the playoff if the committee loses confidence in Notre Dame.

IOWA STATE: Iowa State was lurking in the background when it came to the playoff. The team jumped one spot and a Big 12 championship would have looked nice on their resume. But a loss to Oklahoma definitely removes them from contention.

FLORIDA: Florida lost to Alabama in the SEC title game. With three losses, the committee isn't likely to put them into the final playoff despite having played 11 games this season while Big Ten teams played between six and eight this year.

CINCINNATI: Cincinnati is one of three undefeated teams in contention for a playoff spot. The Bearcats narrowly beat Tulsa in the AAC title game. Conference commissioner Mike Aresco has lobbied for the Bearcats for the last month.

OKLAHOMA: Oklahoma finished the season 8-2 with the win over Iowa State and a Big 12 title. The Sooners were No. 10 in the last CFP rankings and with talk of Iowa State leaping into the playoff, will the speculation now shift to Oklahoma? 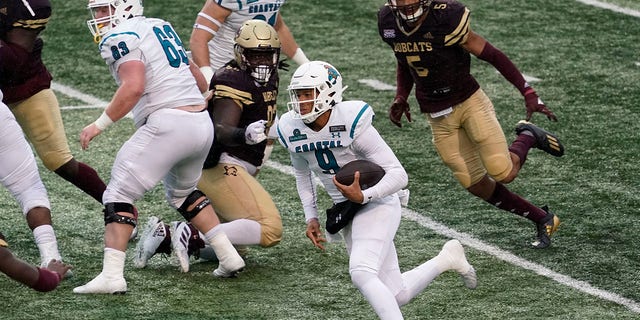 COASTAL CAROLINA: Coastal Carolina never got a chance to win the Sun Belt title outright. But the team is undefeated and has wins over BYU and Louisiana this season. If there was a play-in game to get into the playoff, Coastal Carolina may have had a better shot.

The final selections will be made Sunday.

Related posts:
McDonald's China Spam-Oreo Burger Has People Raising Their Eyebrows
Paige Spiranac says ‘Charlie Woods is cooler than all of us’ after whizkid stars alongside dad Tiger
Popular News
'The Simple Life': Why Paris Hilton Picked Nicole Richie Over Sister Nicky Hilton
21/01/2021
Man Utd wonderkid Ramon Calliste, called ‘the next Giggs’, now owns luxury watch business and makes £5m a year – The Sun
26/03/2020
Megan Thee Stallion Addresses Criticism Over Twerking: ‘I Love to Shake My A**’
26/03/2020
Police guard shops to stop coronavirus panic-buyers and enforce social distancing – The Sun
26/03/2020
Coronavirus: Good Morning Britain’s Dr Hilary reveals ‘game-changing’ self-testing kit
26/03/2020
Recent Posts
This website uses cookies to improve your user experience and to provide you with advertisements that are relevant to your interests. By continuing to browse the site you are agreeing to our use of cookies.Ok