Cloris Leachman, whose quick wit and effervescence were the hallmarks of her fruitful career in film, television and theater, died Tuesday. She was 94.

Leachmen died of natural causes, according to TMZ. A representative for the actor confirmed her death.

“There was no one like Cloris. With a single look she had the ability to break your heart or make you laugh ’till the tears ran down your face,” her longtime manager Juliet Green told HuffPost. “You never knew what Cloris was going to say or do and that unpredictable quality was part of her unparalleled magic.”

Known for her zany comedic prowess on- and off-screen, Leachman won eight Emmy Awards, the most of any female actor besides Julia Louis-Dreyfus, with whom she was tied. Her most famous characters were lovably tart, lending Leachman a certain wry affection, as seen on “The Mary Tyler Moore Show,” “Phyllis,” “Malcolm in the Middle,” “Raising Hope,” and in the movies “Young Frankenstein,” “Prancer,” “The Beverly Hillbillies,” “Now and Then” and “Spanglish.” For her moving turn as a lonely housewife having an affair in 1971’s “The Last Picture Show,” Leachman won an Oscar.

Born in Des Moines, Iowa, in 1926, Leachman was the eldest of three daughters whose father worked in the family lumber business.

She left Northwestern University to compete in the Miss America pageant and then used her $1,000 earnings to move to New York City, where she studied acting and singing under famed “A Streetcar Named Desire” director Elia Kazan. “It was like opening the door to worlds of riches,” she later said of Kazan’s tutelage.

The same day she relocated to New York, Leachman landed a job as an extra in the 1947 film “Carnegie Hall.” She quickly ignited her career with a series of Broadway breakouts. She has said Katharine Hepburn asked her to read for the part of Celia in a 1950 revival of Shakespeare’s “As You Like It.” Leachman got the role. The actor then succeeded Mary Martin and Martha Wright as the lead in Rodgers and Hammerstein’s World War II musical “South Pacific.” 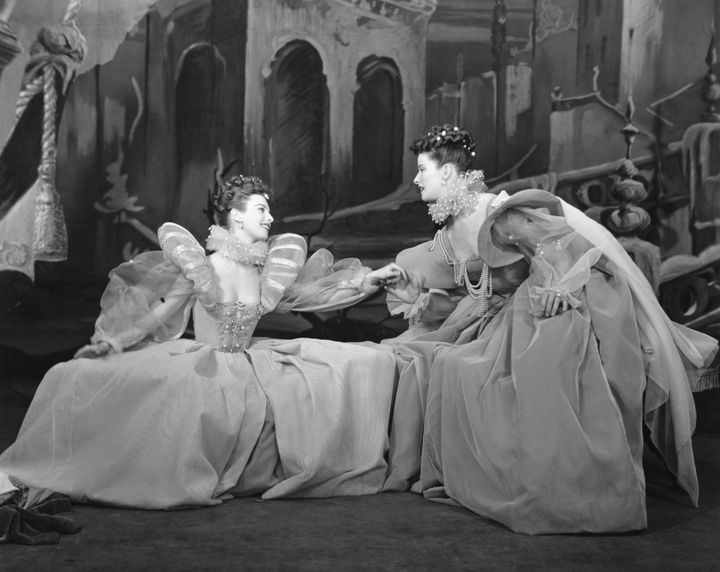 Throughout the 1950s and ’60s, Leachman continued steady work in film and television, including the 1955 noir “Kiss Me Deadly,” a season of the show “Lassie,” three episodes of “Alfred Hitchcock Presents” and a spot in 1969’s “Butch Cassidy and the Sundance Kid.” But it was the 1970s that brought Leachman fame and acclaim, primarily as the meddling neighbor Phyllis Lindstrom on “The Mary Tyler Moore Show,” a role that earned her two Emmys and the spinoff “Phyllis,” which spanned two seasons.

The 1971 film “The Last Picture Show,” based on the Larry McMurtry novel, jump-started the careers of Jeff Bridges, Cybill Shepherd and Leachman, who earned her only Oscar nomination at age 42 — and won. “I’m having an amazing life, and it isn’t over yet,” she said upon accepting the award. 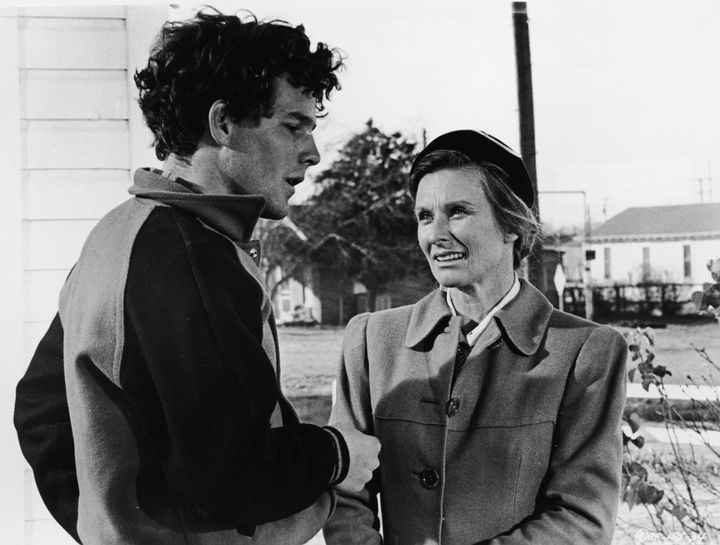 Throughout her rising career, Leachman became something of a tabloid fixture. She befriended Marlon Brando, saved Judy Garland’s life after finding her passed out in a pool, enjoyed an “epic” fling with Gene Hackman, and spent 26 years married to Hollywood director and editor George Englund. Before divorcing in 1979, Leachman and Englund had five children. Their eldest son died in 1986.

Amid an era when the Hollywood totem pole meant television stars were inferior to their big-screen counterparts, Leachman achieved rare success in both mediums. She nabbed a few more dramatic parts as the ’70s continued, but with “Mary Tyler Moore” running through 1975 and “Phyllis” lasting until 1977, it was Leachman’s comedy work that found the strongest footprint. Her other signature project of the decade was Mel Brooks’ parody “Young Frankenstein,” in which she played the glowering housekeeper Frau Blucher, whose mere name prompted horses’ neighing fears. Leachman again teamed up with Brooks and “Frankenstein” co-star Madeline Kahn for the Hitchcock satire “High Anxiety” and the costume-epic farce “History of the World, Part I.”

Leachman mostly starred in supporting roles throughout the rest of her career. When one-time roommate Charlotte Rae left “The Facts of Life” in 1986, Leachman joined the show’s final two seasons as the central boarding school’s matriarch. She headlined a revival of the stage musical “Show Boat,” reprised her “Last Picture Show” role in the 1990 sequel “Texasville,” played Granny in 1993’s “The Beverly Hillbillies,” and appeared as two characters in the Olsen Twins’ Halloween movie, “Double, Double, Toil and Trouble.” Variety called her performance in the latter “feisty.”

Leachman’s reputation as a resident kooky grandma arose in the early 2000s, thanks to “Malcolm in the Middle” (which earned her two Emmys), “Bad Santa,” “Spanglish” (which netted her a Screen Actors Guild Award nomination), “The Longest Yard” and “Beerfest.”

In 2008, at age 82, Leachman postponed a national tour of her one-woman show to join “Dancing with the Stars.” Leachman’s son, who was her manager, pitched the actor to ABC three times before the network agreed to cast her. Then the oldest woman to appear on the show, Leachman placed seventh, outlasting Kim Kardashian and Toni Braxton. 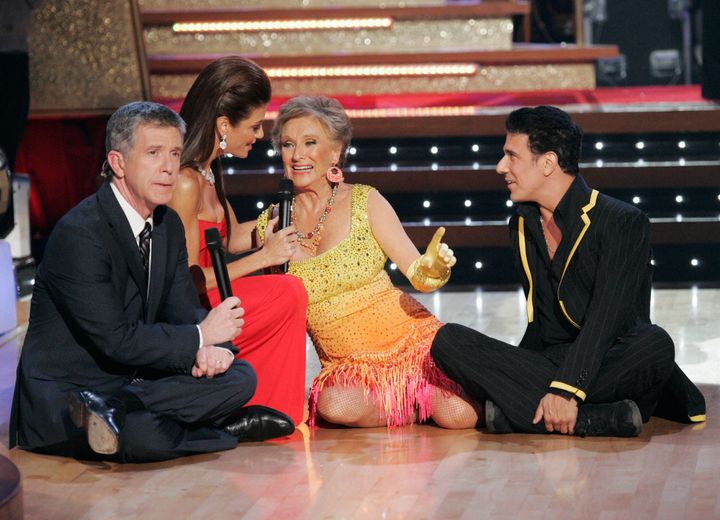 “Dancing with the Stars” brought about a minor resurgence for Leachman, who published an autobiography in 2009, proceeded with her one-woman show in 2010, and took a recurring role on the Fox sitcom “Raising Hope” from 2010 to 2014. The latter earned her another Emmy nomination.

Leachmen continued working in her 90s. She was a guest player on Starz’s “American Gods,” portraying an eccentric disciple of Slavic mythology. Leachman was a surprise standout on the show, just as she was throughout her career. She also appeared on a reboot of “Mad About You” and has two movies yet to be released, including one co-starring Tom Arnold and Jennifer Tilly.

If there’s any word that aptly describes Cloris Leachman, it’s “scene-stealer.” If we can afford another description, it would be “hard worker.”

“I’m just a simple person with a silly bone,” she once said.