Circularity Is the Way Forward, Says Richemont in Sustainability Paper

LONDON — What color is profitability?

Most accountants would say black, but Compagnie Financière Richemont and its watch, jewelry and fashion brands think it should be green. According to a new report, the group is pursuing a “green growth” agenda that aims to increase profitability while shrinking its carbon footprint, and is working toward circularity in sourcing and sales.

The parent of brands including Cartier, Chloé, IWC and Yoox Net-a-porter Group talks about ESG accomplishments — and aspirations — in its 2021 sustainability report “Movement for Better Luxury,” which will be released on July 14.

At 180 pages it’s a whopper of a text, but it’s also a window on the grueling mechanics, costs and time it takes for a company of Richemont’s size and scale to go green. And while Richemont has been publishing sustainability reports for the past 15 years, this is the first time it has asked EY to audit its processes, progress and adherence to the U.N.’s Sustainable Development, and other goals.

“We set ourselves a Herculean task,” said Matthew Kilgarriff, group director of corporate social responsibility and the author of the report. He noted that EY had asked Richemont to clarify hundreds of data points, and undertook comprehensive, remote site audits in places including Brazil, Texas and Richemont’s home of Switzerland.

All the Looks at the 2021 Cannes Film Festival

The report also offers insight into some of the Richemont brands’ innovations, including Panerai’s Submersible eLAB-IDTM watch that’s made almost entirely from recycled materials; Cartier’s Tank Must watch with its strap fashioned from apple scraps; Alaïa’s upcycling initiative, and YNAP’s Infinity program, which promotes the circular economy.

In an interview, Kilgarriff said his team is working with each of the Richemont maisons, or brands, to see how they’re going to achieve green growth at the group, which posted 13.14 billion euros in revenues last year.

“We’re giving them the answers around supply chain, logistics and we’ll have a ‘book of recipes’ later this year to enable it. Ten years to achieve our goals is a very long time, and we’ll continue to perfect our recipes,” said Kilgarriff.

“We are working toward the world we want, and what we want is a thriving society. Watches and jewelry can directly contribute to that if we get our collaborations right,” he added.

In the report, Richemont said the GHG targets from company operations (Scope 1 and 2) are consistent with the reductions required to limit global warming to 1.5 degrees Celsius. That is the level set out in the Paris Agreement, the legally binding international treaty on climate change.

Kilgarriff said Richemont has not set a date for achieving 100 percent carbon neutrality, adding that he is currently working with the brands, looking at what full carbon neutrality (without offsets) looks like. “We’re focusing on reducing carbon intensity — and on carbon elimination — in our supply chains, and we’re still looking at when, and how, we achieve net zero,” he said.

The company has been offsetting its carbon footprint since 2009, and has had those offsets regularly audited by PWC. But like the United Nations climate experts, Kilgarriff acknowledges that offsets are only a temporary solution. 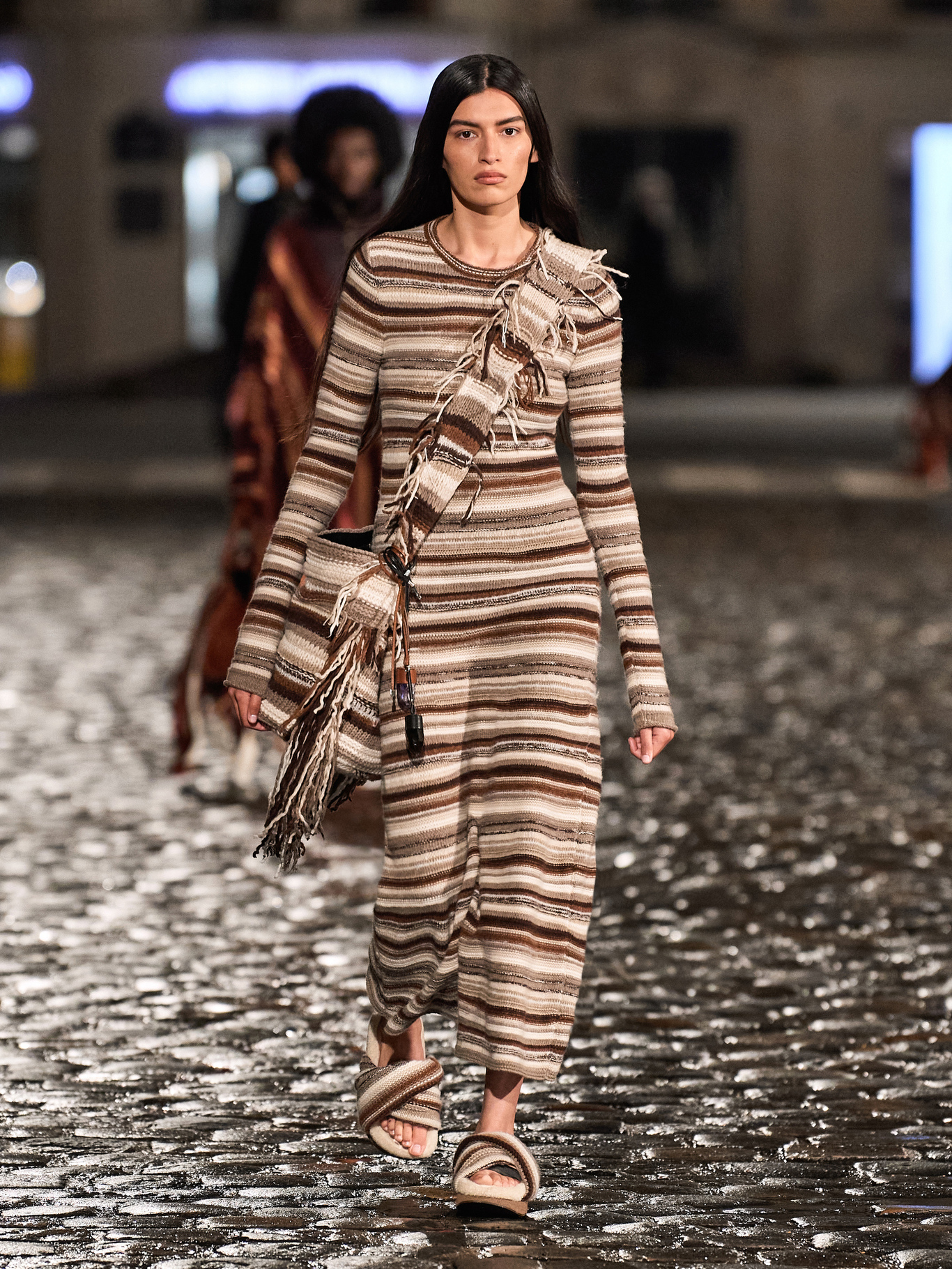 As part of Richemont’s mission to go carbon neutral without the crutch of offsets, Kilgarriff is a big believer in the power of circularity. While circular business models may be gaining popularity in fashion, they’re not so common in luxury watches and jewelry, but he believes that can, and will, change.

Indeed, many of Richemont’s long-term commitments set out in the new report revolve around circularity.

In the 2021 report, the company says it wants to close the loop on waste materials toward its goal of zero waste to landfill. It also wants to build up “non-linear” business models, such as selling pre-owned certified watches, fashion and accessories. It’s also looking to experiment with “non-ownership” business models such as renting and subscription, and also wants to measure the lifecycle impacts of its products, minimizing them through “innovative eco-design.”

Richemont’s ambitions are broadly in line with those of its luxury peers, particularly in the resale space: Last month, Kering’s ventures arm invested in Cocoon, a London-based subscription platform for luxury handbag rentals. Kering said it sees the subscription model “as a very interesting trend in fashion, and by extending the product lifecycle (Cocoon) resonates particularly well with Kering’s circularity ambition.”

In 2019, LVMH Moët Hennessy Louis Vuitton developed the Aura platform in partnership with Microsoft and the New York-based blockchain software technology company ConsenSys. Richemont and Prada Group have since joined in to promote the platform’s blockchain technology which acts a passport for luxury goods. Blockchain allows for full transparency about sourcing, manufacturing, history, where an item was originally purchased, and when it is offered for resale.

Both Farfetch and Mytheresa have entered the resale arena: Farfetch has a program called Second Life, where customers can sell their designer bags in exchange for vouchers, while last month the Munich-based Mytheresa forged a partnership with the luxury consignment platform Vestiaire Collective. Mytheresa’s top clients are invited to sell their “pre-loved” luxury handbags online in exchange for a store credit.

Kilgarriff believes that circularity “has to be the direction of travel, otherwise you don’t embed green growth.”

He said that, personally, he would like to see Richemont’s brands relying on 80 percent non-virgin raw materials, while on the consumption side the dream would be to achieve “non-linear revenue” — money from resales or rentals — of 20 percent.

He said that circularity “has to be on both ends, the upstream and the downstream. You cannot always be chasing recycled materials. Once people start to become comfortable with the concept of pre-owned, and they can trust the platform, and the counter-party (who’s selling the goods), we can do those things.”

He described, Watchfinder & Co., an online platform that buys and sells pre-owned watches, as the “epitome” of a green growth business.

“Watchfinder is almost a zero-carbon business, because the carbon footprint is only made once, when the watch is manufactured. This is what the circular economy looks like: pre-owned, authentic, beautiful. A watch that is just as good as the day it was first worn,” he said.

Kilgarriff believes that blockchain technology is important because it can move the needle on resales at scale, and it also engenders trust. He said that for circular platforms to work, luxury customers “need to trust the concept of secondhand, trust the platform, and trust your counter-party. Otherwise, that green growth is going to be really hard to achieve.”

He also pointed to Panerai, which built its Submersible eLAB-IDTM, a watch that boasts the highest percentage of recycled material ever made — more than 98 percent. In the report, Panerai said it’s now possible to build a watch from scratch from existing materials, “and reduce the need for virgin material extraction, and its associated high environmental impact.”

In order to source those recycled materials, Panerai said it had to establish a new supply chain, and challenged its partners and suppliers from the watch industry — and from aerospace and automobiles — to help create the blueprint.

Kilgarriff said that Panerai has proven that non-virgin material can be applied — in significant quantities — to anything, including “the glass in my office window, in your window and the watch on my wrist. For me, [Panerai] was one of the highlights of the year,” he said. 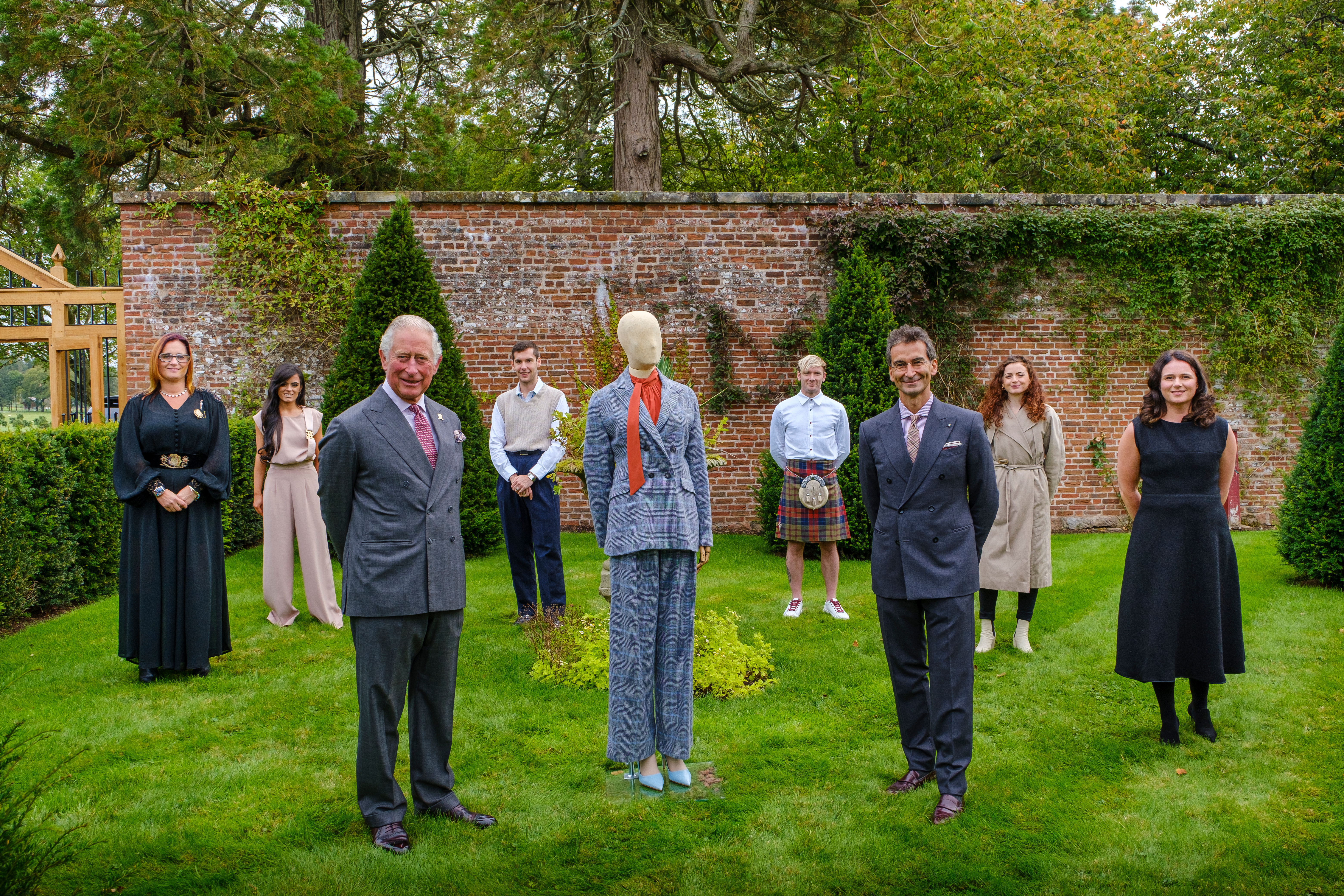 HRH The Prince of Wales and Federico Marchetti with six of the Modern Artisans at the final collection review at Dumfries House. courtesy image

He also highlighted the work that Cartier, Chloé, IWC and YNAP had undertaken in the past year, referring to them as Richemont’s ESG leaders.

In the report, Cartier said that 90 percent of the gold it uses is recycled and certified by the Responsible Jewellery Council. Going forward, it plans to increase that percentage. It is also working toward net zero emissions, and promoting the “multiple lives of our pieces, and designing creations with lower environmental impact.” It pointed to the Tank Must watch with its “non-animal strap” made from European apple scraps.

IWC, meanwhile, said it was moving closer to achieving its 2022 sustainability target of offering Responsible Jewellery Council Chain of Custody certified gold watch components. It has also created watch straps that are made in Italy from 80 percent plant fiber from European FSC-certified sources.

Chloé, meanwhile, launched its first fair-trade luxury collections last March, which are ethically produced and environmentally responsible. Last December, the brand joined the Fashion Pact, which was launched in August 2019 by Kering’s chairman and chief executive officer François-Henri Pinault. It supports science-based carbon emissions reduction targets in line with an aim to limit global temperature rise, per the Paris Agreement.

Chloé’s objective is to reduce its global greenhouse gas footprint by 25 percent by 2025, starting with a reduction of 15 percent by 2022, and it will continue to publish an environmental profit and loss account.

YNAP’s Infinity program has seen the group achieve 100 percent renewable energy across owned operations globally in 2020, and launch The Modern Artisan collection with The Prince’s Foundation. It has also set a Digital ID program that sees it sew QR codes into clothing.

When scanned, those codes offer insight into the garment’s provenance and design. There are also styling tips, care and repair recommendations and services.

“By building customer understanding of where a product has come from, and where it will go next, [YNAP] seeks to drive a circular culture,” it says in the Richemont report. “The group aims to share learnings with its partners and industry, to empower collaboration and to support customers to make informed choices and extend the lives of their garments.”