General Mills CEO: Breakfast cereal still No. 1 in US

General Mills CEO on how the pandemic impacted company

Cinnamon Toast Crunch is getting a little pop from its normal cereal form.

The popular cereal from General Mills is now available as Cinnamon Toast Crunch Popcorn at Sam’s Club, according to an Instagram post from an unaffiliated fan account, Oh hey, Sam’s Club.

"ABC… Always Be Cinnamontoastcrunching," the post’s caption reads, which was shared on Monday, July 19, for its 102,000 followers.

Dozens of commenters flocked to the Oh hey, Sam’s Club post to share their thoughts on the new snack.

"Getting this next trip in," one Instagram user wrote while another person shared a simple, "Holy YUMMM!!" 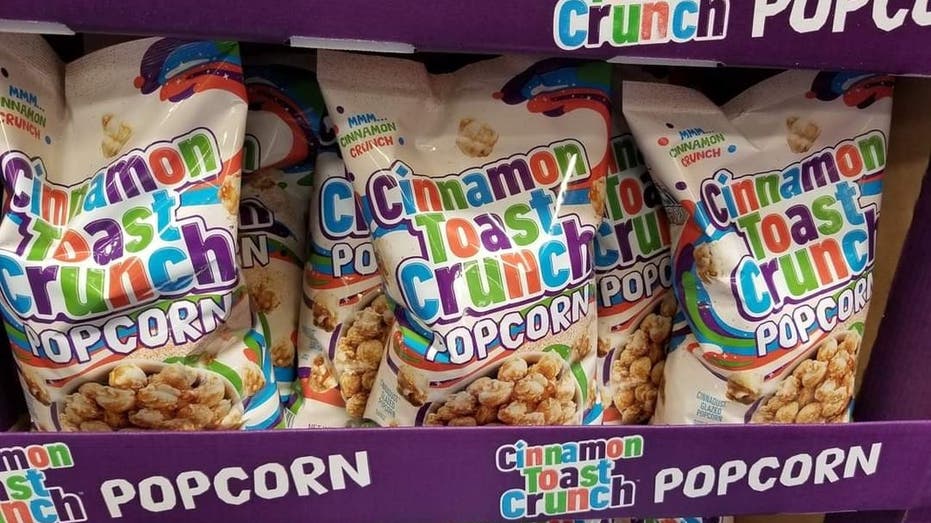 Cinnamon Toast Crunch is getting a little pop from its normal cereal form into a sweetened popcorn, which can be found exclusively at Sam’s Club until the end of September 2021, FOX Business has learned. (Sam’s Club)

The single 20-ounce pack retails for $5.98 at the Sam’s Club location at 2151 Shepard Road in Normal, Illinois, according to a separate post the fan page and blog shared to Facebook.

A spokesperson for Sam’s Club confirmed to FOX Business that the Cinnamon Toast Crunch Popcorn is an exclusive product at the wholesale chain until the end of September 2021.

"Cinnamon Toast Crunch is a very popular brand with consumers and Sam’s Club members. In fact, one of our most popular new food items last year was the Cinnamon Toast Crunch Cinnadust seasoning blend, which we had first to market and exclusively for about 6 months," Sam’s Club’s emailed statement reads. "We often offer our members exclusives and first to market items as part of our brand promise to expect something special. Our members pay to shop with us so we want to offer exciting items they can’t get anywhere else." 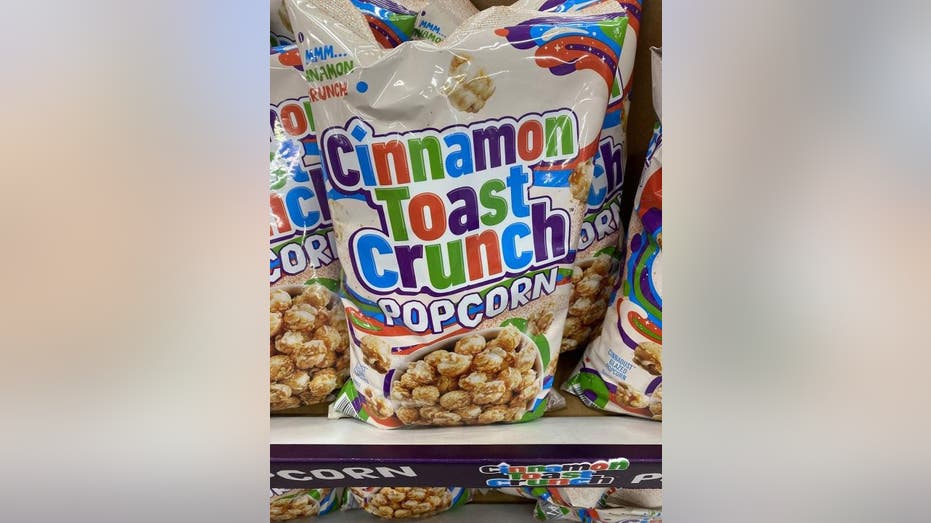 The cereal-inspired popcorn appears to be the latest Cinnamon Toast Crunch innovation from General Mills since launching its Cinnadust Seasoning Blend at supermarkets nationwide in April.

Representatives for General Mills did not immediately respond to FOX Business’ request for comment.

CLICK HERE TO GET FOX BUSINESS ON THE GO

Prior to its popcorn venture, the company has released other sweet snacks based on Cinnamon Toast Crunch, including cereal and treat bars, donut bites and ice cream in collaboration with Edy’s.

In late June, General Mills released its fourth-quarter earnings for fiscal 2021 and noted that its net sales were $18.1 billion – a 3% increase from the prior year.

"We enter fiscal 2022 ready to compete and win in a highly dynamic consumer environment," said Jeff Harmening, General Mills chairman and chief executive officer, in a statement at the time. "We’re taking actions to address near-term cost pressures while remaining focused on the long-term growth opportunities we will capture through our Accelerate strategy."