Something to celebrate! After a difficult few weeks amid drama with Alison Roman, Chrissy Teigen was thrilled when her latest collection of Cravings dishes completely sold out online.

The Bring the Funny judge, 34, took to her Instagram Stories on Monday, May 25, to give her followers a peek at her latest creations, which she was understandably very proud of. “The prettiest plate set in all of the land,” she said with a laugh as she showed off the new light-gray dishes. “I finally got the full set, I had samples for so long. Now they’re here in my home and they’re so beautiful.”

The Cravings author added: “I can’t believe this came to life, it’s so cool.” She then flipped over a plate to give her followers a look at the branding on the back. “It has my name on it! she gushed. 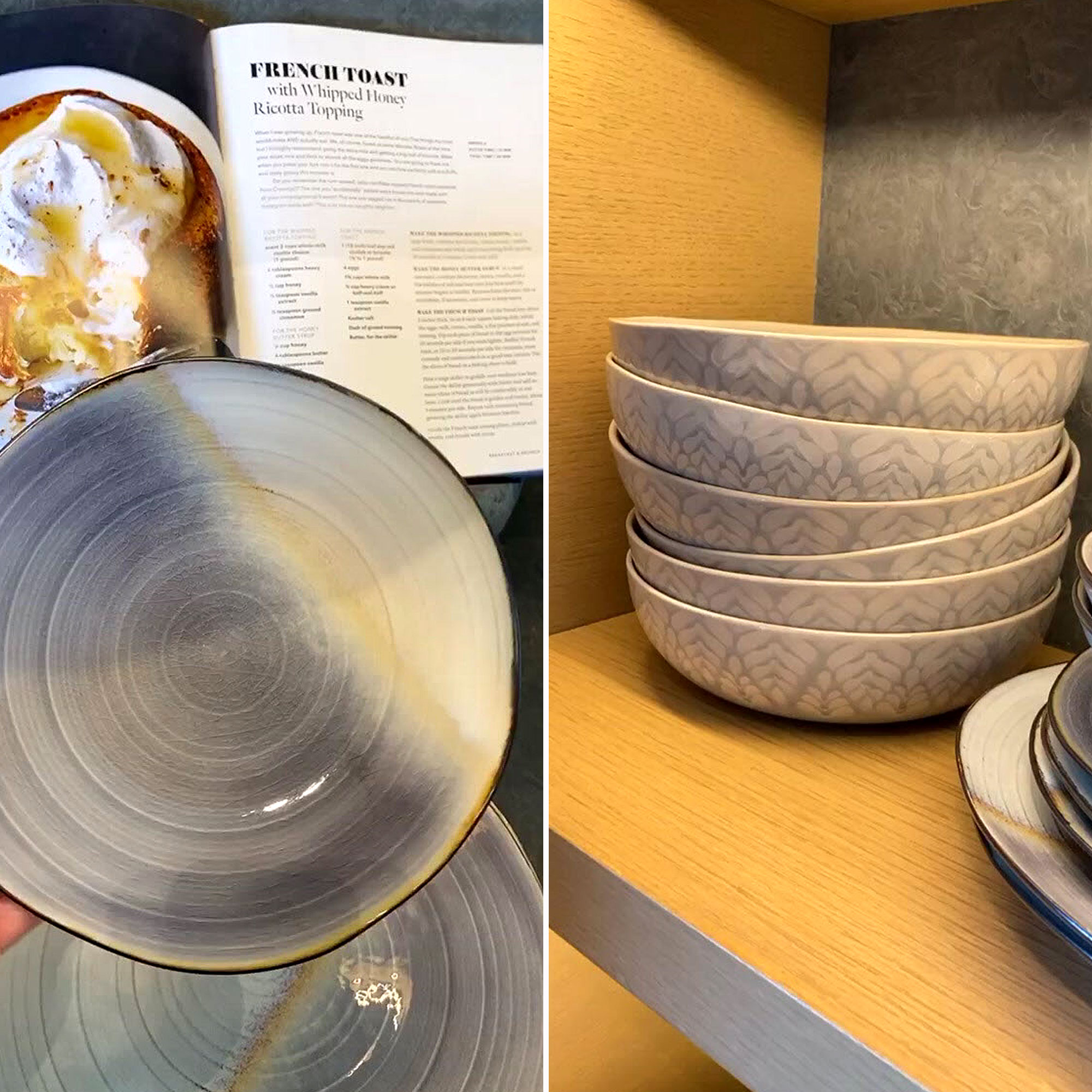 After showing off the newbies, Teigen then walked over to her kitchen shelves, which were packed with other merchandise from earlier Cravings collections. “My entire kitchen is officially decked out in all Cravings,” she explained. “Yay!”

In a separate post on her Instagram account, Teigen shared a similar look at her newest dishes. “Tits and plates. That’s my #brand,” she quipped in the caption. “Avail at @target and @Macys!! I think. I don’t f–king know honestly consider it a fun hunt.”

In an “update” in the comments just a few minutes later, the Lip Sync Battle cohost clarified that the collection was, in fact, on sale at Macy’s. However, it was out of stock approximately an hour after Teigen first posted about it.

This impressive feat for Teigen comes about three weeks after Roman, 34, came under fire for comments she made in a New Consumer interview about the star’s success. “What Chrissy Teigen has done is so crazy to me. She had a successful cookbook. And then it was, like: Boom, line at Target. Boom, now she has an Instagram page that has over a million followers where it’s just, like, people running a content farm for her,” the Dining In author said. “That horrifies me and it’s not something that I ever want to do. I don’t aspire to that. But like, who’s laughing now? Because she’s making a ton of f–king money.” 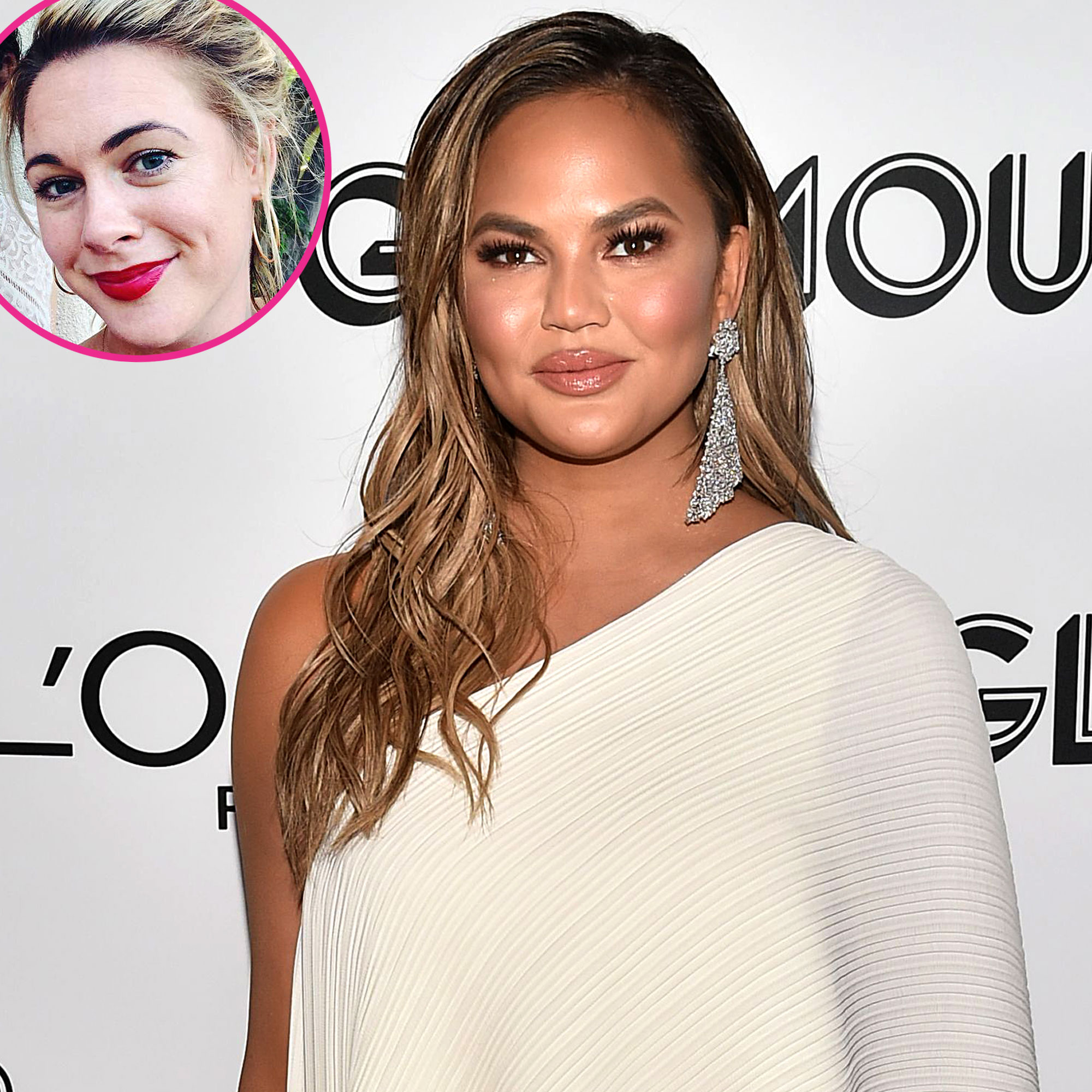 In the wake of the criticism, Teigen tweeted that it was a “huge bummer” to see Roman slam her. She then temporarily left Twitter earlier this month after users began criticizing her and her children because of her role in the drama.

Meanwhile, Roman released two public apologies for her remarks, calling them “stupid, careless and insensitive.” She also revealed that her criticism was rooted in her “own insecurity.”

Still, even after Teigen accepted the apology on Twitter, The New York Times confirmed to Us Weekly on May 19 that Roman’s column for the publication is now on “temporary leave.”

Though the Times didn’t provide a reason for temporarily suspending Roman’s column, Teigen said via Twitter that she was being blamed for the move despite being wholeheartedly against it. “I hope we can laugh about it one day, but I’m not happy with the NYT leave. So she def can’t laugh about it yet,” the Chrissy’s Court host tweeted in response to a user who asked where she stands with the Nothing Fancy author. “It just sucks in every way.”

Teigen, who recently revealed that she makes “zero money” from her Cravings website, later added: “I don’t like this one bit and I’m doing what I can (off Twitter) to make that known.”

Related posts:
Brec Bassinger Reveals Why Stargirl Isn't Like the Other Heroes
Cardi B Just Revealed A Giant New Back Tattoo That Took 60 Hours To Complete
Popular News
Dog the Bounty Hunter Details Taking New Fiancée On Her First Criminal Hunt
25/09/2020
Man Utd wonderkid Ramon Calliste, called ‘the next Giggs’, now owns luxury watch business and makes £5m a year – The Sun
26/03/2020
Megan Thee Stallion Addresses Criticism Over Twerking: ‘I Love to Shake My A**’
26/03/2020
Police guard shops to stop coronavirus panic-buyers and enforce social distancing – The Sun
26/03/2020
Coronavirus: Good Morning Britain’s Dr Hilary reveals ‘game-changing’ self-testing kit
26/03/2020
Recent Posts
This website uses cookies to improve your user experience and to provide you with advertisements that are relevant to your interests. By continuing to browse the site you are agreeing to our use of cookies.Ok