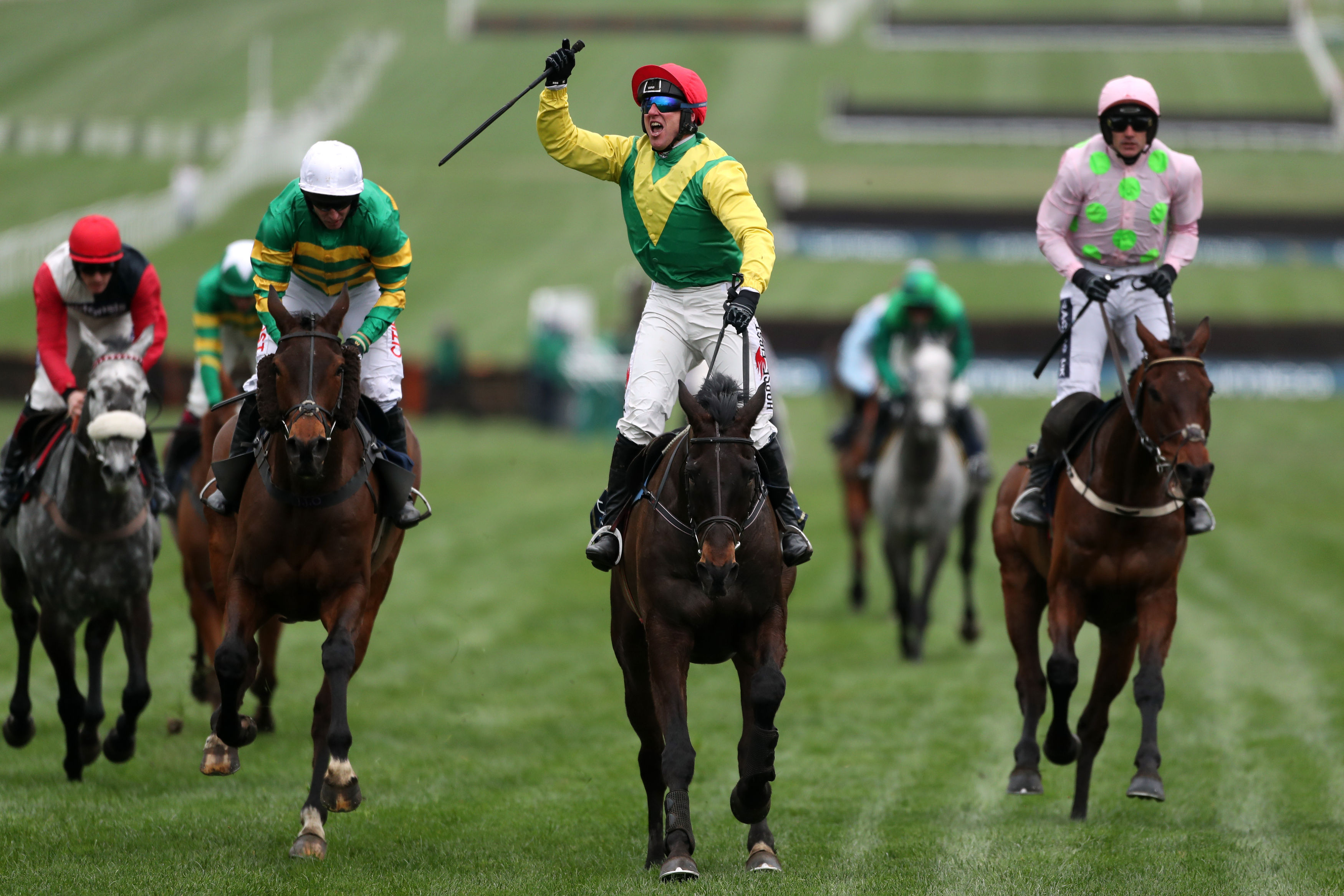 He won five times at the highest level, including the Irish Gold Cup and Punchestown Gold Cup during a memorable 2017 campaign.

He had one start over hurdles last term at Punchestown on New Year's Eve, but he suffered a nasty fall.

The 10-year-old was being prepared for a comeback run at Listowel this weekend, but Harrington revealed he had suffered a fresh injury and that time had been called on his career.

She said: "As of today he is officially retired. Unfortunately he gave himself an injury this morning.

OFFER OF THE DAY

T&Cs: New customers only. Place your FIRST bet on any sportsbook market and if it loses we will refund your stake in CASH. Max refund for this offer is £20. Only deposits made using Cards or Apple Pay will qualify for this promotion. T&Cs apply. Paddy's Rewards Club: Get a £10 free bet when you place 5x bets of £10+. T&Cs apply. 18+ Begambleaware.org

"It's not life threatening, but he won't be able to run this weekend. He did his last gallop before Sunday and it just went wrong after that.

"We have decided we have had enough comebacks with him and that he can go and have a happy retirement. I'm pretty sure he will stay with me."

The Harrington team have worked hard to get the horse back on track over the past few years.

And while it's a battle they have lost, they have some special memories to look back on.

Harrington continued: "We have done a lot of work with him, he ran on New Year's Eve and he unfortunately fell and hurt himself.

"It was very special when he won the Gold Cup. It was magical, you don't need an aeroplane to bring you home when things like that happen to you.

"Ann and Alan Potts achieved their goal and he actually won three Gold Cups that year."

Related posts:
Lambs kicked, dragged and thrown in the air at Spanish slaughterhouse
Why Restoring 1953’s ‘Roman Holiday’ Was No Day at the Beach for Paramount’s Preservation Team
Popular News
Voters in Long Lines Offered Discounts by Restaurants
25/10/2020
Man Utd wonderkid Ramon Calliste, called ‘the next Giggs’, now owns luxury watch business and makes £5m a year – The Sun
26/03/2020
Megan Thee Stallion Addresses Criticism Over Twerking: ‘I Love to Shake My A**’
26/03/2020
Police guard shops to stop coronavirus panic-buyers and enforce social distancing – The Sun
26/03/2020
Coronavirus: Good Morning Britain’s Dr Hilary reveals ‘game-changing’ self-testing kit
26/03/2020
Recent Posts
This website uses cookies to improve your user experience and to provide you with advertisements that are relevant to your interests. By continuing to browse the site you are agreeing to our use of cookies.Ok