CHARLOTTE FLAIR has been suspended indefinitely after attacking a WWE referee to close out Monday Night RAW.

The Queen was also slapped with a $100,000 (£71,500) fine for taking out her frustrations on the official following her defeat to Asuka. 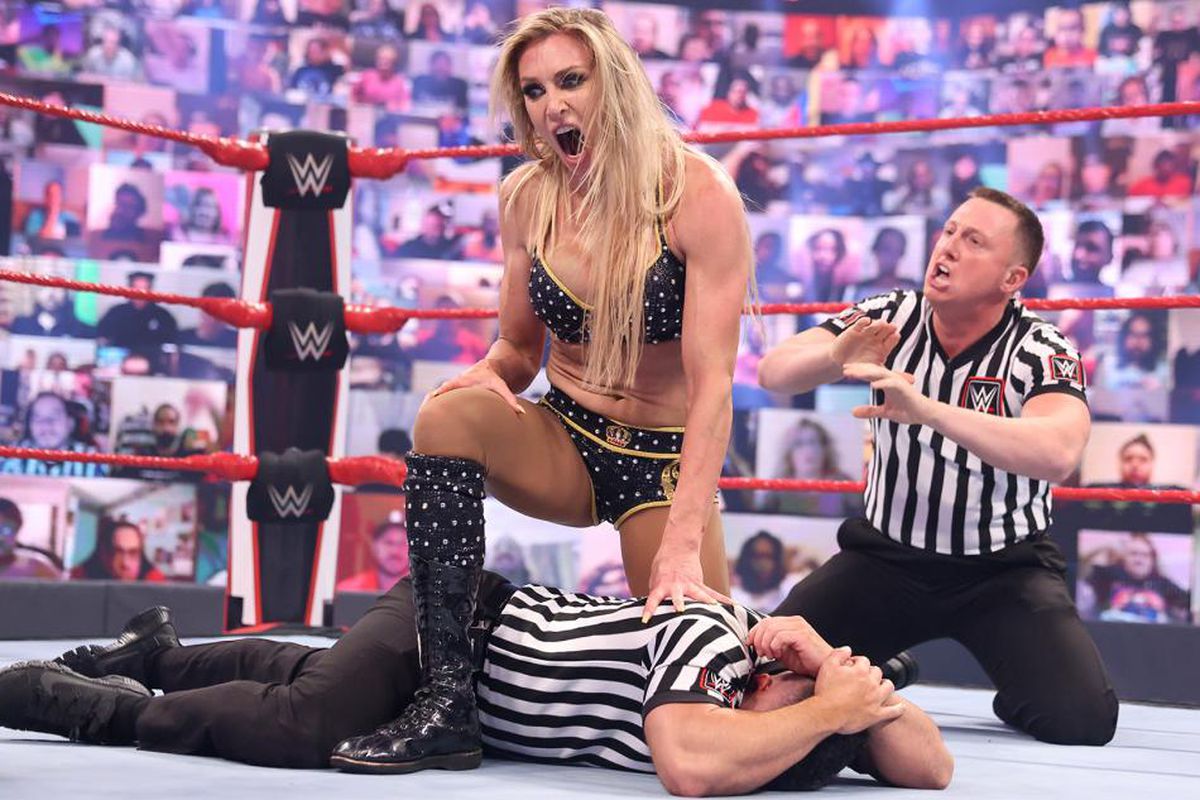 Flair had cut a promo on last week's RAW to explain her anger at being left off the card for WrestleMania 37.

The 35-year-old later cost Asuka in her rematch with Rhea Ripley for the red brand's Women's title by causing a disqualification.

As a result, the daughter of the legendary Ric Flair earned her own match with the Empress of Tomorrow this week.

But Charlotte got a taste of her own medicine when Rhea Ripley interfered and allowed Asuka to score a roll-up win.

This then led to Flair taking out her frustrations on the referee, tossing him across the ring before issuing a savage beatdown.

Other officials raced out to stop the assault but the American kept returning for more until RAW went off air.

WWE have now announced that Adam Pearce ordered the hefty fine, and for Flair to be suspended indefinitely.

And fans reacted to the news on social media, with one tweeting: "Is this the end for Charlotte in WWE?"

Another said: "So? That's nothing to her… She has millions! Come on!"

A third added: "Why not just fire her and bring back Samoa Joe."