Cancer survivor, 64, whose hair loss and scarring after treatment left her looking ‘a decade older’ sheds 20 years after having stunning makeover in 10 Years Younger in 10 Days

A cancer survivor whose treatment and subsequent stress and anxiety caused her to age prematurely has shared her delight after a professional makeover left her looking twenty years younger.

Sylvia, 64, from Newcastle, explained on tonight’s 10 Years Younger in 10 Days that she was diagnosed with skin cancer ten years ago, and suffered from Alopecia, a type of hair loss caused by anxiety, which was triggered by the death of her husband.

She explained on the Channel 5 show with Cherry Healey that she felt her cancer scars and wrinkles made her feel and look older than she actually was, and people put her age at at least 70, six years older than her age.

But, after ten days of cutting edge beauty treatments in the hands of a team of renowned specialists, Sylvia got the confidence boost she needed. 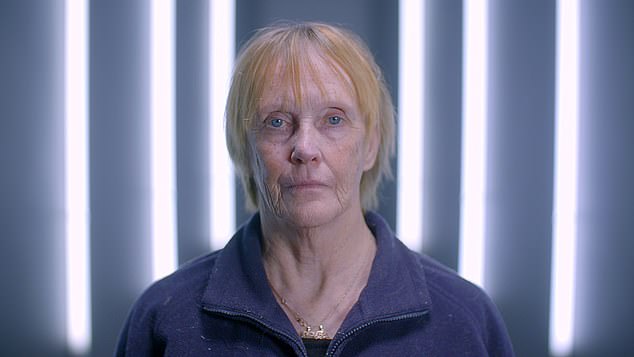 Sylvia, 64, from Newcastle, explained on tonight’s 10 Years Younger in 10 Days that she was diagnosed with skin cancer ten years ago, and suffered from Alopecia, a type of hair loss caused by anxiety, which was triggered by the death of her husband (pictured before the makeover)

At the beginning of the episode, Sylvia explained that she saw a ‘scarred and wrinkled woman who looked like 70’ when she looked in the mirror.

‘Before I had the skin cancer, my skin was lovely and smooth, just a few freckles now and again,’ she said.

‘But since they’ve removed it, it’s left the skin marked, scarred. If I could get rid of a few wrinkles and scars, it’d be a super, super, super boost,’ she added.

A visit to Dr Tapan Patel’s practice saw the mother-of-three injected with derma fillers, to give more structure to her cheekbones and the lower sides of her face.

She was also injected with some Botox to fill some of the strongest wrinkles lining her forehead.

Sylvia broke down in tears of joy when she saw the results, especially her plump lips, which she felt were ‘disappearing’ due to her sagging skin. 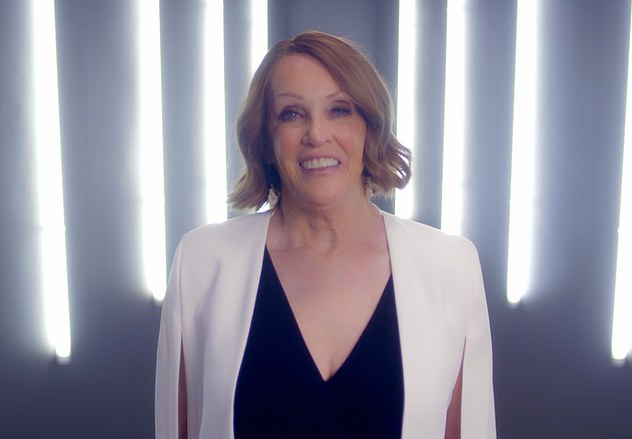 The mother-of-three had her hair and confidence restored on the makeover show, which took decades off her face (pictured after)

‘I just feel like a million dollars, i feel rejuvenated,’ she said.

The mother-of-three was particularly self-conscious about the fact she did not have eyebrows, and suffered from severe hair loss on her skull due to alopecia.

It was triggered by the death of her dear husband, which had a deep impact on Sylvia’s mental health.

‘I can’t even describe the pain, it was like being in a tunnel and there was nobody else there,’ she said.

First, she visited skin therapist Nilam Holmes, who tattooed her with a tasteful pair of eyebrows. In spite of her initial reservation towards the tattoing process, Sylvia was very happy with the results.

It took a lot of time to restore her hair, which had thinned and fallen around her skull due to the alopecia. 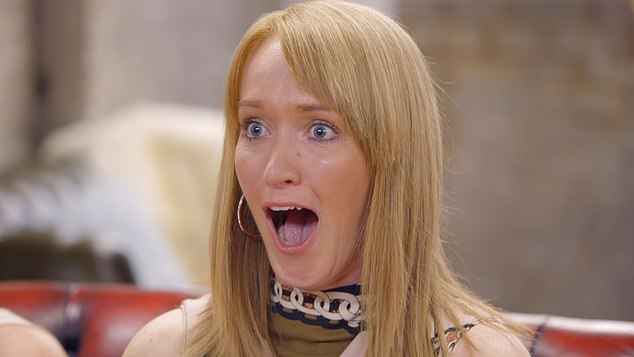 Sylvia’s daughters could not believe how good she looked after the transformation. After the makeover, people put Sylvia’s age at 50, 14 years younger than she actually was (pictured: one of Sylvia’s daughters)

She was then treated to a procedure usually costing between £1,200 to £2,500, which saw her natural hair weaved with extension of great quality in a treatment which took 6 hours to complete.

The hair was then styled by celebrity hair stylist John Vial before Sylvia moved on to the rest of her makeover.

After her wardrobe was given an age appropriate update, and her skin touched up with make-up, it became time for the mother-of-three to see her new look.

She was initially rendered speechless by the transformation, until excitement took over and she started screaming and jumping around, unable to take her eyes off of the mirror.

Alopecia refers to a type of hair loss affecting individuals.

There are different types of hair loss.

Alopecia areata affects mostly children and young adults and results in patch of hair falling. In 90 per cent of cases, the hair returns.

Alopecia universalis causes all of the body hair to fall out, including eyebrows and lashes.

Telogen effluvium results in temporary thing of the scalp, because of changes in the growth cycle of the hair, which causes shedding and thinning.

‘I would have never been able to look like that,’ she told Cherry.

‘This is how I should look,’ she added.  ‘I feel beautiful and the confidence that this has done for me, nobody can ever replaced it.

‘The feeling of looking much longer makes the inside feel a lot younger.

‘I feel absolutely radiant, I know I am glowing, my new hair has completely changed everything.

‘This experience has given me the positivity to move forward feeling beautiful and actually looking beautiful.

‘The future looks bright, looks sunny and looks positive and it’s the first time in many years that I’ve said that,’ she added.

Sylvia’s daughters were moved to tears by their mother’s newfound confidence and stylish new look.

You can catch tonight’s episode of 10 Years Younger in 10 Days on My5.