A man has been arrested for breaching coronavirus rules after organising a regular gathering where he handed out free soup to disadvantaged members of the community during lockdown.

Nick Smith, 56, was detained last Monday at the weekly soup kitchen he had set up at his local skate park in Forest Row, East Sussex, because social distancing was reportedly not being observed and masks were not worn.

Police initially tried to fine father-of-four Mr Smith £200 for breaching coronavirus laws but he refused to provide contact details and so, he was arrested and has now been issued with a summons to court.

However, the London-born former IBM sales coordinator says: ‘What I’m doing is completely legal. People doing charity or volunteer work are exempt from the “not being allowed to gather in a group of two or more” rule.’

According to governmnet guidance, people can leave their homes and meet in larger groups to ‘provide voluntary or charitable services’ but added that ‘this should not be for socialising and only for permitted purposes’.

Mr Smith, who was diagnosed with cancer three years ago and is treating himself naturally, without chemotherapy, shared a video of his arrest – in which he was handcuffed – online, with the clip having been viewed more than 94,000 times. 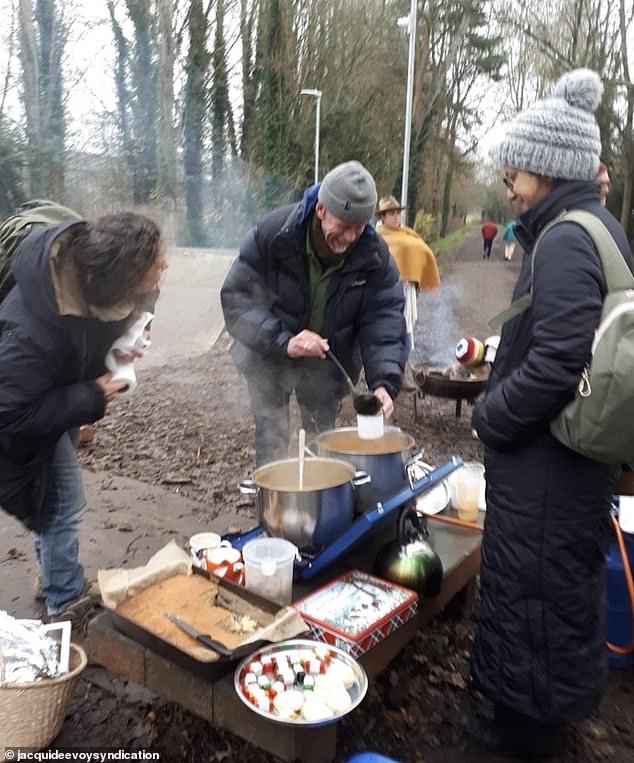 Nick Smith, 56, was detained on Monday at the weekly soup kitchen (pictured) he had set up at his local skate park in Forest Row, East Sussex, because social distancing was reportedly not being observed and masks were not worn 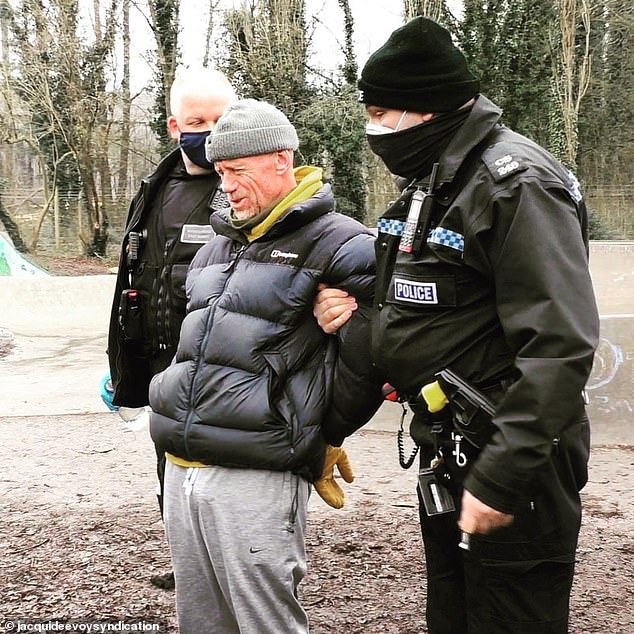 Police initially tried to fine father-of-four Mr Smith (pictured being arrested) £200 for breaching coronavirus laws but he refused to provide contact details and so, he was arrested and has now been issued with a summons to court, according to The Argus

In the video of Mr Smith’s arrest, a police officer can be heard explaining that a gathering of approximately 15 people took place at the soup kitchen, in ‘a clear breach of the coronavirus legislation’.

Another says: ‘He makes beautiful soup. He made soup and people gathered and drank a cup of soup.’

Explaining why he set up his soup kitchen during the pandemic, Mr Smith said: ‘The inspiration was to go beyond the divide.

‘Because of the current situation with endless lockdowns, there’s a lot of anger and aggression going on – even among my friends – and I wanted to do something to change that, something positive that would make a difference.

‘So I came up with the idea of Love Soup – a really healthy soup, made with love – and to give it to people who needed it. It wasn’t at all altruistic – it was for me: I just felt I wanted to do something active in this crazy divide I was witnessing.’

He contacted people he knew who were active in the Forest Row community. ‘They said I’d have to go through some formal channels, but that would take time – about nine months – but I wanted to do something immediately,’ he said. 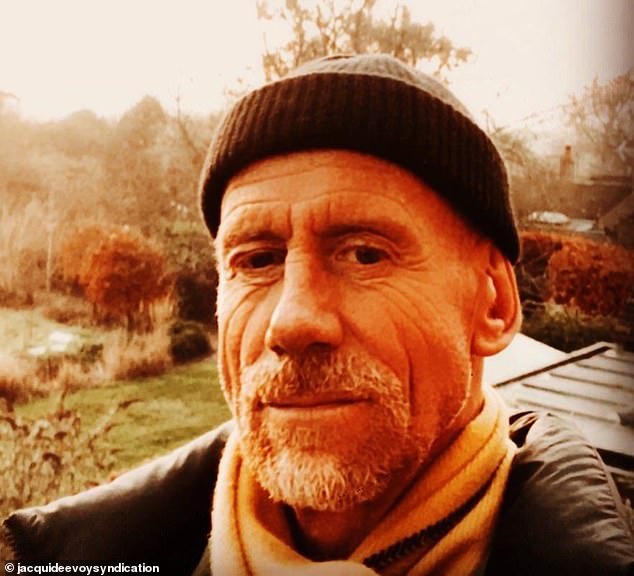 However, the London-born former IBM sales coordinator (above) says: ‘What I’m doing is completely legal. People doing charity or volunteer work are exempt from the “not being allowed to gather in a group of two or more” rule.’ 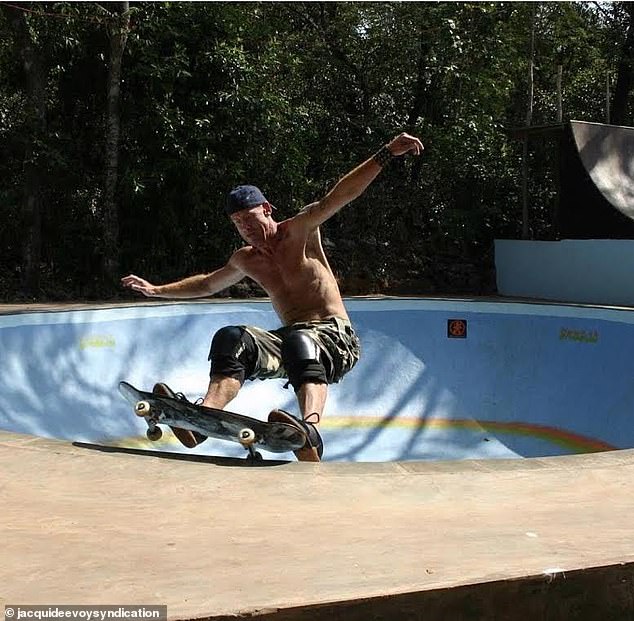 Mr Smith (pictured), who was diagnosed with cancer three years ago and is treating himself naturally, without chemotherapy, shared a video of his arrest – in which he was handcuffed – online, with the clip having been viewed more than 94,000 times

Mr Smith, who designed and built India’s first skateboard park in Goa in 2003 and later building more in Bangalore, Delhi, Pune and Bombay, suffered a blow three years ago when he was diagnosed with malignant melanoma, a type of skin cancer.

What is a ‘reasonable excuse’ for going outside?

You can be given a Fixed Penalty Notice of £200 for the first offence, doubling for further offences up to a maximum of £6,400.

There are further reasonable excuses.

For example, you may leave home to fulfil legal obligations or to carry out activities related to buying, selling, letting or renting a residential property, or where it is reasonably necessary for voting in an election or referendum.

In Scotland, coronavirus legislation gives police the power to force entry into people’s homes if they have a ‘reasonable suspicion’ rules are being broken.

However, in England, they can only enter in ‘exceptional circumstances’, which includes if they believe someone inside is infectious.

Otherwise, they will require a warrant.

Life for Mr Smith suddenly slowed down as he battled the disease, choosing to forgo surgery and chemotherapy and opting instead for a natural protocol in which he consumes a daily bone broth – which is obtained by simmering meaty joints and bones in water.

Throughout his cancer journey, Mr Smith has been under one of the UK’s top oncologists at the Royal Marsden. ‘She’s well aware of my choices,’ he says, ‘and she’s been amazed at the results.’

The soup kitchen is Mr Smith’s first venture since the cancer diagnosis. It all started one weekend in September, when he decided to cook up 20 litres of the healthy broth to dish out to anyone who needed or wanted it.

‘I spent about £130 on equipment and decided that the skate park was the best location as it’s very central, right in the middle of the village green,’ he recalled.

‘I put up an announcement on the local Facebook group. One woman messaged me to ask if there was a vegetarian option so I quickly rustled up a big pot of vegetable soup especially for her.’

On the first Monday, about 20 people turned up. ‘There were all sorts of people – not just homeless,’ remembers Mr Smith, ‘and they all really enjoyed the soup.’

Since then, Mr Smith has gone to the skate park at midday every Monday, giving out his nourishing soups to anyone who fancies a cup. Other members of the community have helped by coming along to the skate park with healthy homemade cakes and biscuits to share.

But on Monday last week, Mr Smith went about his business as usual, driving to the skate park and heating and serving up the soup. But he later had a phone call from the police, inviting him to meet at the skatepark.

‘I’ve always had a great relationship with the police,’ says Mr Smith, who once collected Ferraris. ‘So I was very happy to go and meet with them. I had an idea it might have been about the grant that they’d put me forward for, but I quickly realised that wasn’t the case at all.

‘It all happened so fast. I’d had the police stop by the soup kitchen before and they were great – convivial and supportive. They mentioned legislation but never in a hostile way. I went down to the meeting with the local elected councillor, a solicitor friend and another friend who offered to video the meeting. We were expecting good news and I wanted it on record.

‘The police officers arrived and we watched them kitting themselves up by the van – putting on their stab-proof vests and attaching tasers – before they came over. As they approached, I noticed how were huge they were.

‘They were over six foot and at least 18 stone each. I’m 5ft 11 and weigh about 12 stone and they were towering over me. Their demeanour was intimidating. This wasn’t the “chat” I was expecting.

‘One of them started issuing a summons. He asked for my details, which surprised me. Why did he want my details? It all seemed so threatening and was very different to the other visits I’d had at the soup kitchen from the police. I’ve always had a very cordial relationship with them and now it was suddenly extremely unfriendly. At that point, I kind of froze.

‘My solicitor friend started asking what was going on and telling them about the law but they had no ear for what she was saying at all. I didn’t know what to say and decided my best option was to be quiet. I didn’t know that serving soup could warrant such a brutal response.’

Mr Smith continued: ‘The officer issuing the summons then said he’d give me a minute to think about. My friends and a passersby were getting very distressed about the rapid escalation.

‘I didn’t refuse to give them my name and address out of any kind of belligerence – I just didn’t want to assist with or engage in this ridiculous and unnecessary farce. I was thinking “is this the coming of the police state?” 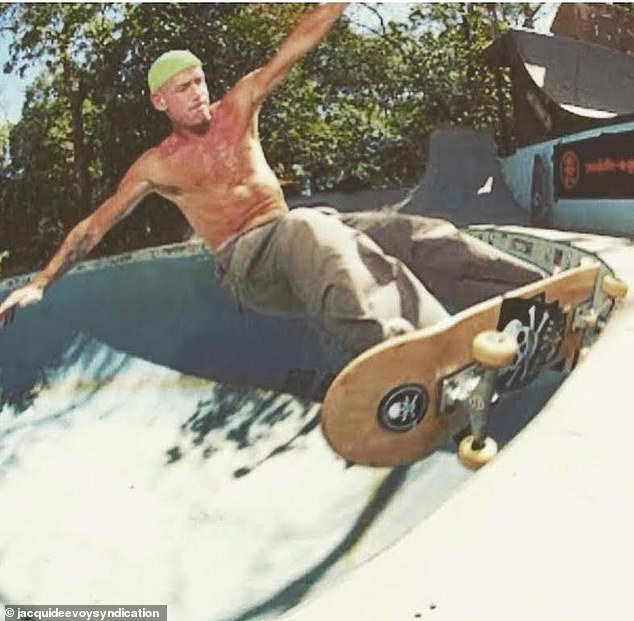 In the video of Mr Smith’s (pictured) arrest, a police officer can be heard explaining a gathering of approximately 15 people took place at the soup kitchen, in ‘a clear breach of the coronavirus legislation’ 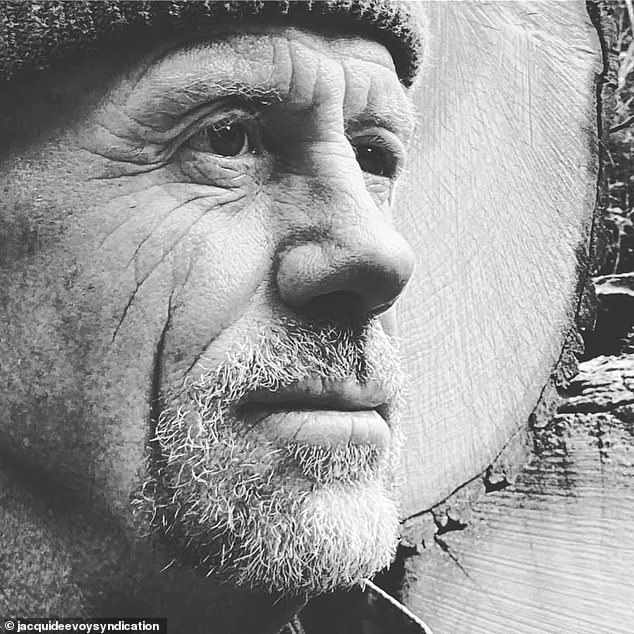 Mr Smith (pictured), who designed and built India’s first skateboard park in Goa in 2003 and later building more in Bangalore, Delhi, Pune and Bombay, suffered a blow three years ago when he was diagnosed with cancer

‘I was genuinely shocked and felt my only choice was to stay still and quiet and see what unfolded. I gave no provocation whatsoever that could in any way have justified the quasi-military approach to policing.’

Mr Smith was then arrested and driven to Eastbourne police custody centre, where he was detained for an hour and a half.

‘I hadn’t broken any laws,’ he says. ‘The police said I was in breach of coronavirus legislation but this wasn’t the case. What I’m doing is completely legal. People doing charity or volunteer work are exempt from the “not being allowed to gather in a group of two or more” rule.

‘The council have said that the Love Soup common unity kitchen is an essential service and, up until now, every encounter with the police was great. In fact, I’d even been put forward by the local police to receive a grant from a police fund to help me continue and develop the soup kitchen.’

After a phone conversation with a police inspector on Friday, however, Mr Smith was under the impression that the police believed he was doing something wrong. 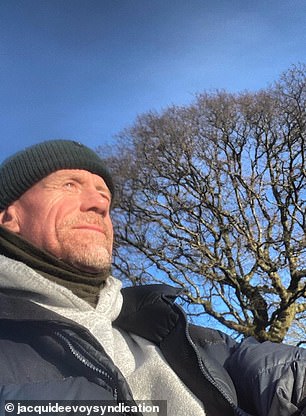 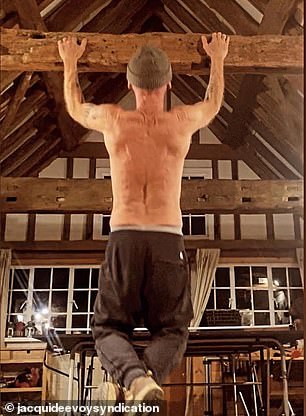 ‘I’m amazed such a big thing is being made out of it. I was on the phone for over an hour – such a massive waste of police time. The inspector was talking about risk assessments, saying I need to get one done. I told him I’m not running an event in Wembley Stadium – I’m in a skate park giving out soup to 20 people.’

On Saturday, a woman from Nashville, Tennessee, approached Mr Smith about doing some fundraising to help him pay fines, but he said he is more interested now in raising money to set up more soup kitchens around the country.

‘If anyone is interested in starting up a soup kitchen, I’m happy to support them however I can,’ he says. ‘It’s a really positive and easy thing to do – and it’s legal!’

A force spokesman told The Argus: ‘Police were called to Station Road in Forest Row at 2.53pm on Monday (25 January) following reports of a regular gathering where social distancing was not being observed and masks were not worn.

‘Officers engaged with the parties involved, explained the restrictions in relation to the lockdown and encouraged compliance with the government guidelines.

‘The organiser was arrested at the time, and later issued with a summons to court, having failed to provide contact details so a fixed penalty notice could be issued for the breach.

‘Sussex Police are supportive of community initiatives to help protect the most vulnerable, particularly in these difficult times, and are working with the local authority to ensure individuals have the right safety measures in place.

‘To protect themselves and the public, those who are providing a takeaway service are required to complete a risk assessment and adhere to government guidance including social distancing and hygiene measures.

‘Where this is not being observed, officers will take enforcement action. Local communities are therefore urged to continue to follow the regulations and guidance to curb the spread of the virus and help save lives.’