Camilla, Duchess of Cornwall, 73, focusses her royal work on a wide range of issues, and supports several organisations that help women who have suffered sexual violence and domestic abuse. On Wednesday, charity Women’s Aid shared a new clip of Camilla declaring her support for its Rail to Refuge scheme.

Clarence House retweeted the video that was originally shared by Women’s Aid with the message: “Today, we announce the extension of our lifesaving service, Rail to Refuge, helping hundreds more survivors reach refuge, for free.

“Thank you to the @RailDeliveryGrp for coordinating with us and to @ClarenceHouse for their support of the scheme.”

Speaking in the video, Camilla said: “Lockdown has been hard for everyone. But for the survivors of domestic abuse, it’s been life-threatening.

“I’m delighted to hear that Britain’s train companies are extending the Rail to Refuge scheme for longer, to provide free travel to a safe refuge for those fleeing domestic abuse.” 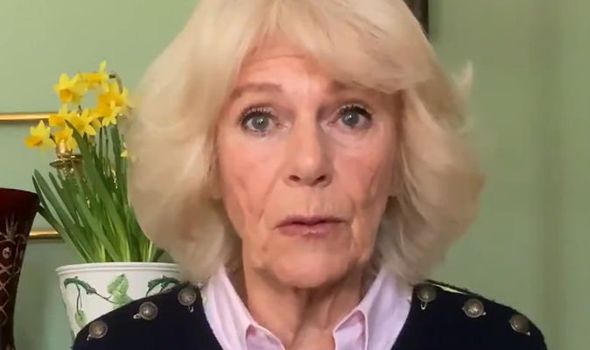 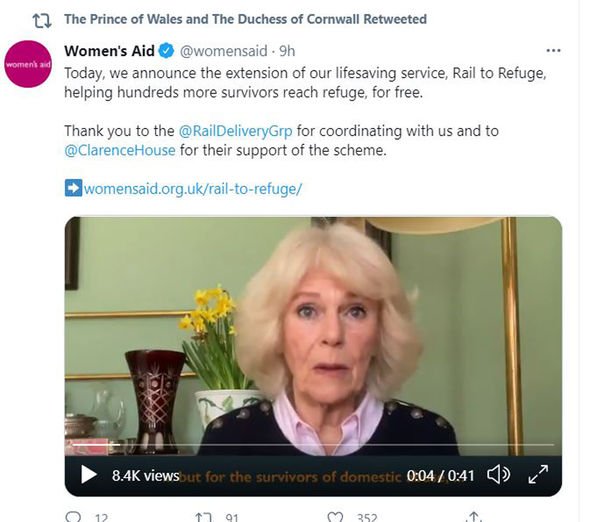 The Duchess added: “If you need help, contact Women’s Aid for support and access to the Rail to Refuge scheme. Thank you.”

While Camilla’s video is packed with important information, a body language expert has claimed she fails to deliver the message clearly.

Body language expert and author Judi James analysed the new clip of Camilla for Express.co.uk and shared her findings.

Judi said: “This is such a vital initiative but for some reason, Camilla does not do justice to the message of help and support.” 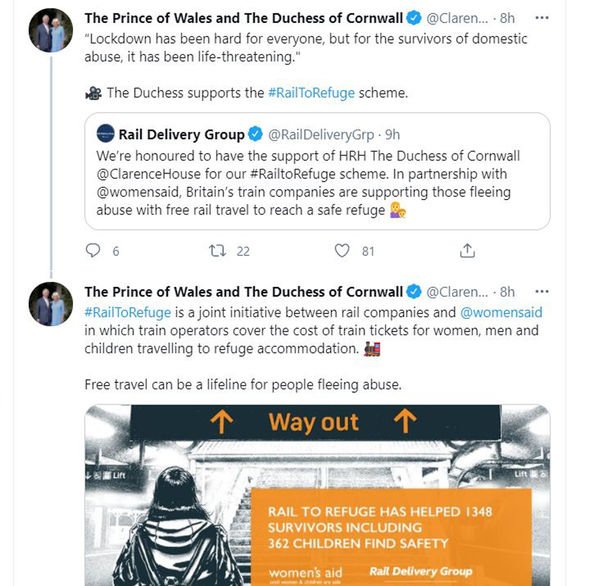 She added: “Her body language is incongruent and her vocal tone slides down what’s called a ‘dying fall’, so that the most important words can barely be heard clearly or felt emotionally.”

Judi claimed Camilla appears to be reading a script while speaking in the video which leads to her message falling flat.

The expert added: “By running the script above the top of the screen we see the future queen scanning upwards and across rather than using a vital eye-engage that would make her message personal and project feelings of support and help direct to her audience.”

“Her first phrase about ‘Lockdown has been hard for all of us’ involves raised brows, clarity and an expression of empathy. But she runs her words together when she talks about ‘survivors of domestic abuse’ and her widened eyes don’t really match the message.”

According to Judi, Camilla’s gestures and expressions do not fit with the tone of what she is saying.

Judi said: “When Camilla mentions ‘domestic abuse’ the second time she performs an asymmetric smile which is incongruent with those two words.”

According to the expert, Camilla’s well-meaning attempt to seem accessible works against her.

Judi said: “Although it might be important to smile and appear caring and friendly, it doesn’t really work to smile when you say the words ‘domestic abuse’, giving the impression that Camilla is so concerned with her delivery that she has lost track of the actual message at that point.” 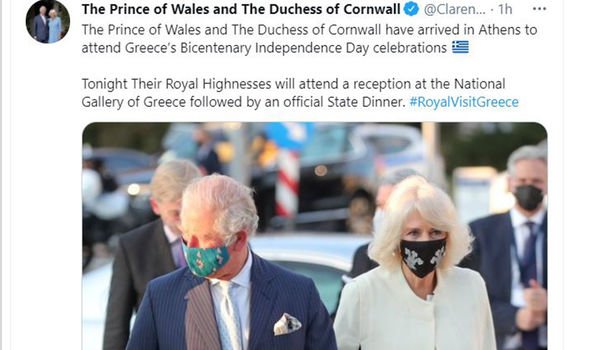 Camilla’s voice lacks clarity in the video and “drops away”, the expert claimed.

Judi concluded: “People who need help need easy and clear instructions about how to get it. But after saying ‘If you need support, contact…’ Camilla’s voice drops away at a point when clarity, emphasis and strength would have been important qualities to bring to her delivery.”

Prince Charles, 72, and Camilla arrived in Greece on Wednesday afternoon to carry out a two-day tour.

The royal visit is being made at the request of the British Government and went ahead despite lockdown.

Following the couple’s arrival in Greece, Clarence House tweeted: “To begin the #RoyalVisitGreece, which is at the request of the British Government, The Prince and The Duchess are welcomed to the National Gallery in Athens by the Greek Prime Minister, Kyriakos Mitsotakis.”