A California pastor defied an emergency temporary restraining order issued Friday in which he was told to refrain from holding additional indoor worship, CBS Los Angeles reports. Pastor Rob McCoy of Godspeak Calvary Chapel in Newbury Park held indoor services Sunday in defiance of the Friday’s order and other health orders that aim to slow and prevent the spread of COVID-19.

On Friday, Ventura County Superior Court Judge Matthew Guasco granted the restraining order, which requires Godspeak to close its indoor services and move its congregation outside and requires congregants to wear masks and socially distance.

Ventura County moved to get the temporary restraining order because McCoy said he would not stop holding services indoors, as he feels worship is essential.

In late June, the church opened for indoor services, as did others across the state, but Godspeak refused to stop indoor services even after Governor Newsom issued a ban on large gatherings last month. 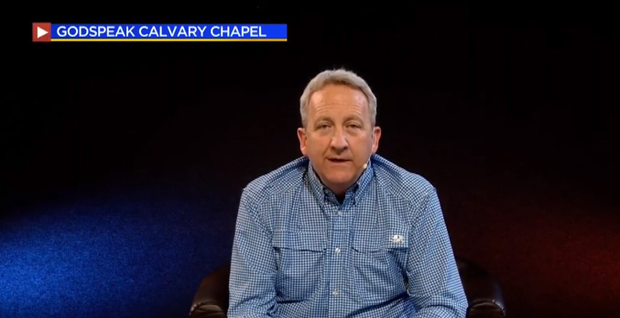 McCoy posted an update Saturday, indicating that the church would be open, but warned those who wanted to attend that they may be cited. According to McCoy, the restraining order stipulates the first 1,000 people to arrive for services could receive citations.

Police were on scene as services were held inside. Roughly 100-150 people gathered to both protest and support the pastor’s decision, according to the Ventura County Sheriff’s Office. No arrests were made outside and it is unclear if McCoy or any congregants were cited at this time.

A court hearing regarding the restraining order is scheduled for August 31.