ARSENAL legend Ian Wright believes it is totally wrong rising star Bukayo Saka is having to play so much for the club.

The Gunners have relied heavily on the 19-year-old left winger this season with Mikel Arteta seeing him as a key player in their team. 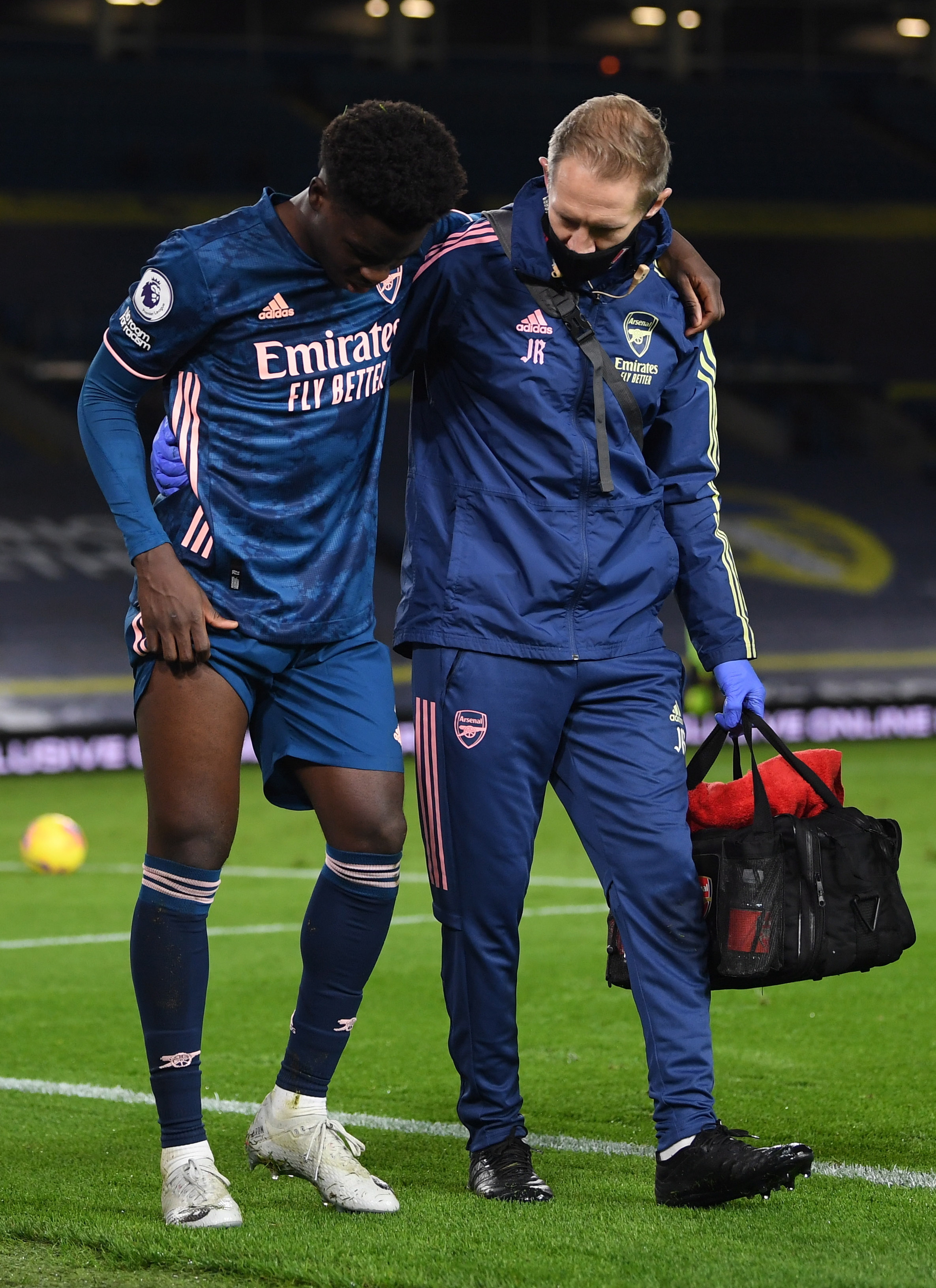 Wright believes the England prospect should not be relied on so much by Arsenal and thinks it shows the problems at the club.

He also feels it makes no sense with Mesut Ozil exiled from the squad by Arteta.

Speaking on Wrighty's House Podcast, he said: “He’s our most creative player at 18. When you look at it like that, there’s something fundamentally wrong when he has to play so frequently to help a team like Arsenal to win.

“Even more so when we look at Mesut Ozil not being able to get a squad number.

“We’re asking an 18-year-old to come off the bench, he’s just played three games for England, and now he’s injured. That’s too much pressure already.”

Saka suffered a bruised knee in the draw at Leeds which ruled him out of the Europa League match in Molde.

The England international has played 12 times in all competitions – including seven in the Premier League.

His form has earned rave reviews and England boss Gareth Southgate has also been very impressed by teenager Saka.

He netted a goal and two assists in that time – while his adaptability across defence and midfield has increased his value to Arsenal.

The Gunners will hope Saka's injury is not too bad and that he can be available for the north London derby at Tottenham on December 6.

Related posts:
Map reveals only THREE of 150 local authorities saw Covid cases rise last week – but 99.9% of people face tiers 2 and 3
Is Brittany Cartwright feeling insecure about her pregnant body? Jax Taylor says he has to reassure his wife a lot
Popular News
Bible prophecy: Coronavirus gave world taste of what will happen after Rapture – claim
24/01/2021
Man Utd wonderkid Ramon Calliste, called ‘the next Giggs’, now owns luxury watch business and makes £5m a year – The Sun
26/03/2020
Megan Thee Stallion Addresses Criticism Over Twerking: ‘I Love to Shake My A**’
26/03/2020
Police guard shops to stop coronavirus panic-buyers and enforce social distancing – The Sun
26/03/2020
Coronavirus: Good Morning Britain’s Dr Hilary reveals ‘game-changing’ self-testing kit
26/03/2020
Recent Posts
This website uses cookies to improve your user experience and to provide you with advertisements that are relevant to your interests. By continuing to browse the site you are agreeing to our use of cookies.Ok