Home » Lifestyle » BT, Sky and EE subscribers can now access the best broadband deals: how to cut your bills

BT, Sky and EE subscribers can now access the best broadband deals: how to cut your bills 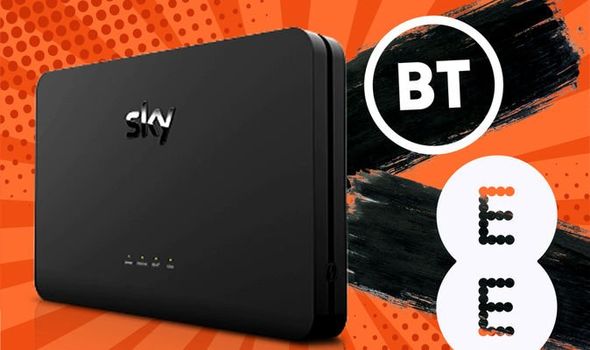 Sky, EE and Plusnet confirmed plans to join the likes of BT and TalkTalk in offering existing customers access to limited-time offers and discounts previously only reserved to attract new customers to switch from rival companies. The move, which was spearheaded by telecoms regulator Ofcom, means existing customers will no longer be punished for loyalty …or forgetting to switch as soon as their contract ends.

The announcement from Sky, EE and Plusnet was the final piece of the puzzle. Although there are still some Internet Service Providers (ISPs) which have yet to commit to the plans, the vast majority of nationwide firms are now signed-up to the scheme.
So, how do you cut your monthly bills?

Well, first things first, you’ll need to check that you’re outside of the terms of your original contract. If you’re only halfway through an 18-month broadband contract, you’re unlikely to be able to renegotiate your terms quite yet.

However, if your original 18-month contract ended last year, you could be paying over the odds for the speeds, data limits or calls that you’re getting. After all, broadband firms aren’t particularly forceful when it comes to letting you know that you’re over-paying for your service.

Following the latest changes, you will be able to check their website and find out the latest deals available to new customers – and move to one of these bundles. Until now, companies would be reluctant to price-match deals reserved for new customers. But these firms should now happily move you across to one of these offers – often without the one-off set-up, if you’re already up-and-running with the company.

In total, Ofcom estimates these latest changes could benefit out-of-contract customers nationwide by over £270m per year.

That makes it clear just how much of a difference switching between your out-of-contract pricing to a new deal can make to your monthly bills.

As part of the latest shake-up, Ofcom also managed to secure commitments from Sky, EE, Plusnet, BT, and TalkTalk to automatically reduce monthly prices for vulnerable customers who are out of contract. This means those some of the most vulnerable people in society won’t be forced to research new deals, pick-up the phone and negotiate with the company to reduce their monthly outlay.

Speaking about the news, which was first announced at the end of last month, Ofcom Director of Consumer Policy Jane Rumble said: “We’ve already made it easier for people to get a discount and save money. But we’re concerned some customers who find it harder to seek better deals are missing out.

“So we’re pleased providers have done the right thing by cutting vulnerable customers’ bills. We’re now calling on them to go further and take extra steps to identify and support customers who might be vulnerable.”