Six weeks after describing his first top 10 in a major as “super-validating”, Bryson DeChambeau delivered the ultimate proof of his methods with a resounding victory in the 120th US Open.

DeChambeau carded a closing 67 to finish six under par at Winged Foot, a record winning score by two shots at a revered venue where only two players had finished in red figures in five previous US Opens.

The 27-year-old was the only player to break par on a demanding final day, the only one not to shoot over par in any round and finished six shots clear of compatriot Matthew Wolff, who began the day with a two-stroke advantage but faded to a closing 75.

Former Open champion Louis Oosthuizen was two shots further back in third, with Harris English recovering from losing a ball from his opening shot of the day to finish another stroke back in fourth.

DeChambeau’s physical transformation has been the main talking point since golf’s return to action following the coronavirus shutdown, the American putting on 20lbs of muscle to become an incredibly long hitter. 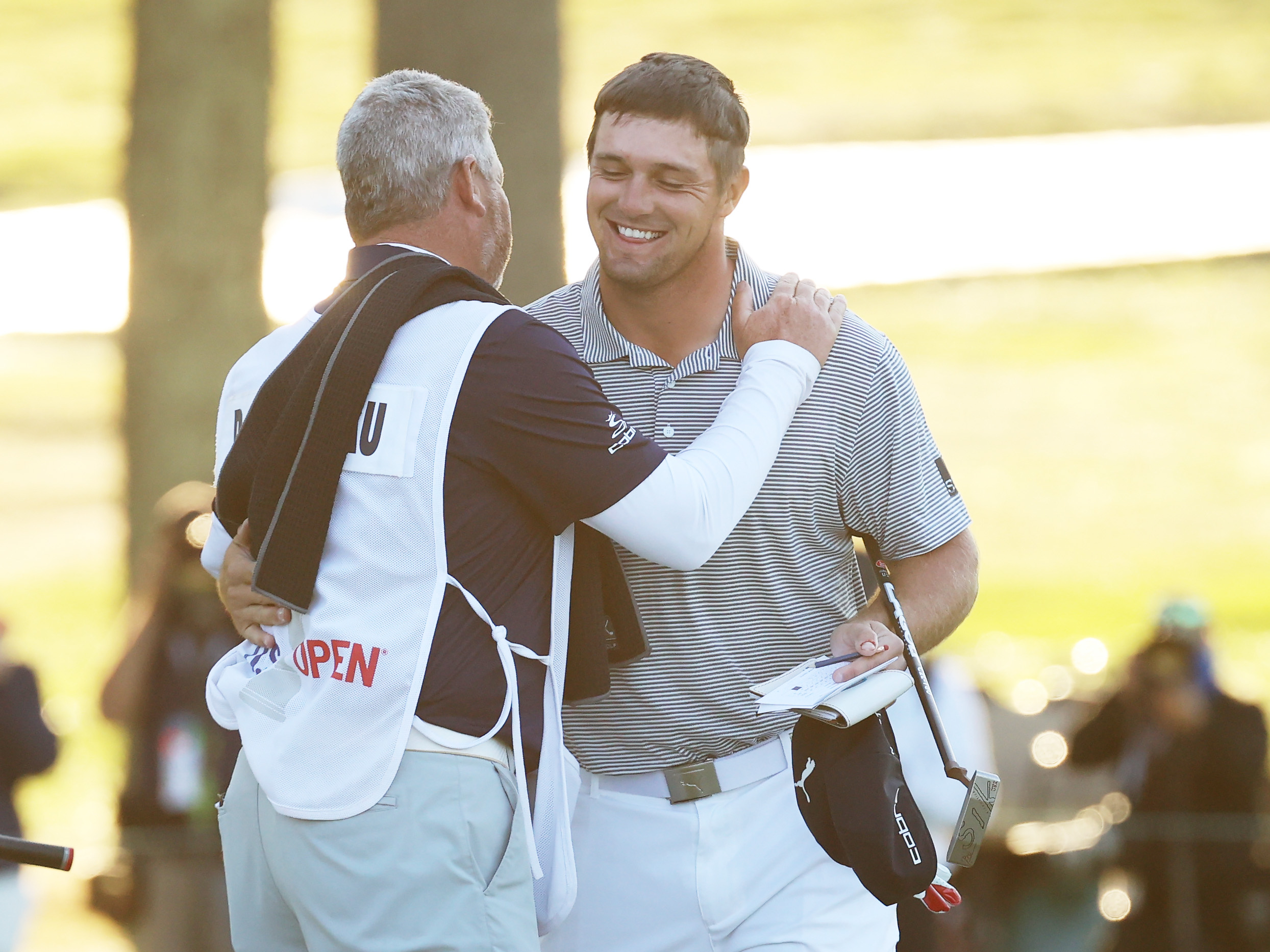 The experiment worked a treat with three straight top 10s followed by a sixth PGA Tour title, but the jury was out over whether it would work on the harder courses used for major championships, where thick rough is meant to penalise wayward drives.

A share of fourth in the US PGA Championship at Harding Park appeared to prove that it could and DeChambeau – whose irons are all the same length – removed any lingering doubt with his power-packed performance at Winged Foot.

Former Ryder Cup captain Thomas Bjorn was quick to pay tribute to DeChambeau, writing on Twitter: “I tip my hat to you. You have changed the game and this week you’ve been head and shoulders above the rest. Excellent performance.”

Aiming to become the first player since 1913 to win on their US Open debut, Wolff took a two-shot lead into the final round but played the first five holes in two over compared to one under from DeChambeau.

Both men dropped shots on the eighth before making amends in brilliant style on the par-five ninth, DeChambeau holing from 35 feet for an eagle and Wolff following him in from 12.

That effectively made it a two-horse race and when Wolff’s bogey on the 10th was followed by a DeChambeau birdie on the 11th, the lead was three with just seven holes to play.

With DeChambeau missing the green on the 14th, Wolff had a chance to apply some pressure and possibly reduce his deficit.

However, it was Wolff who made a bogey after his approach rolled back off the front of the green and any chance of a dramatic late turnaround disappeared when Wolff double bogeyed the 16th.

There had been plenty of early drama as English’s chances of victory suffered a massive blow as he lost a ball in the rough to the left of the first fairway.

Club members had been employed as spotters throughout the week, but despite their efforts and those of English and playing partner Xander Schauffele, the ball could not be found within the three-minute time limit.

That meant a trip back to the tee and English eventually did well to get up and down from a greenside bunker for a double bogey before regaining his composure remarkably quickly and holing a bunker shot for a birdie on the next.

Rory McIlroy’s bid for a second US Open title had also unravelled in a matter of minutes with a double bogey on the first.

The four-time major winner found the fairway and green in regulation on the opening hole, but four-putted from 90 feet after his first attempt failed to get over a ridge in the putting surface and rolled back towards him.

McIlroy also bogeyed the fourth and seventh and eventually signed for a closing 75 to finish six over in a tie for eighth, a shot ahead of England’s Lee Westwood.

World number one Dustin Johnson, who came into the week with form figures of 2-1-2-1, carded a final round of 70 to climb into a tie for sixth on five over par.

Related posts:
Emmy winners 2020: Full list as Succession and Schitt's Creek dominate
Lacey Turner: EastEnders’ Stacey star pregnant with ‘miracle’ second child after heartache
Popular News
ECHR report: Jeremy Corbyn's team 'meddled in 23 anti-Semitism complaints as leader & is responsible for failings'
29/10/2020
Man Utd wonderkid Ramon Calliste, called ‘the next Giggs’, now owns luxury watch business and makes £5m a year – The Sun
26/03/2020
Megan Thee Stallion Addresses Criticism Over Twerking: ‘I Love to Shake My A**’
26/03/2020
Police guard shops to stop coronavirus panic-buyers and enforce social distancing – The Sun
26/03/2020
Coronavirus: Good Morning Britain’s Dr Hilary reveals ‘game-changing’ self-testing kit
26/03/2020
Recent Posts
This website uses cookies to improve your user experience and to provide you with advertisements that are relevant to your interests. By continuing to browse the site you are agreeing to our use of cookies.Ok