BRITISH boxing has been KO’ed by coronavirus but Ellie Scotney has kept her peers in fits of laughter online.

The Catford 22-year-old had every right to moan and sulk after her March 28 debut at the iconic O2 was kiboshed by the pandemic. 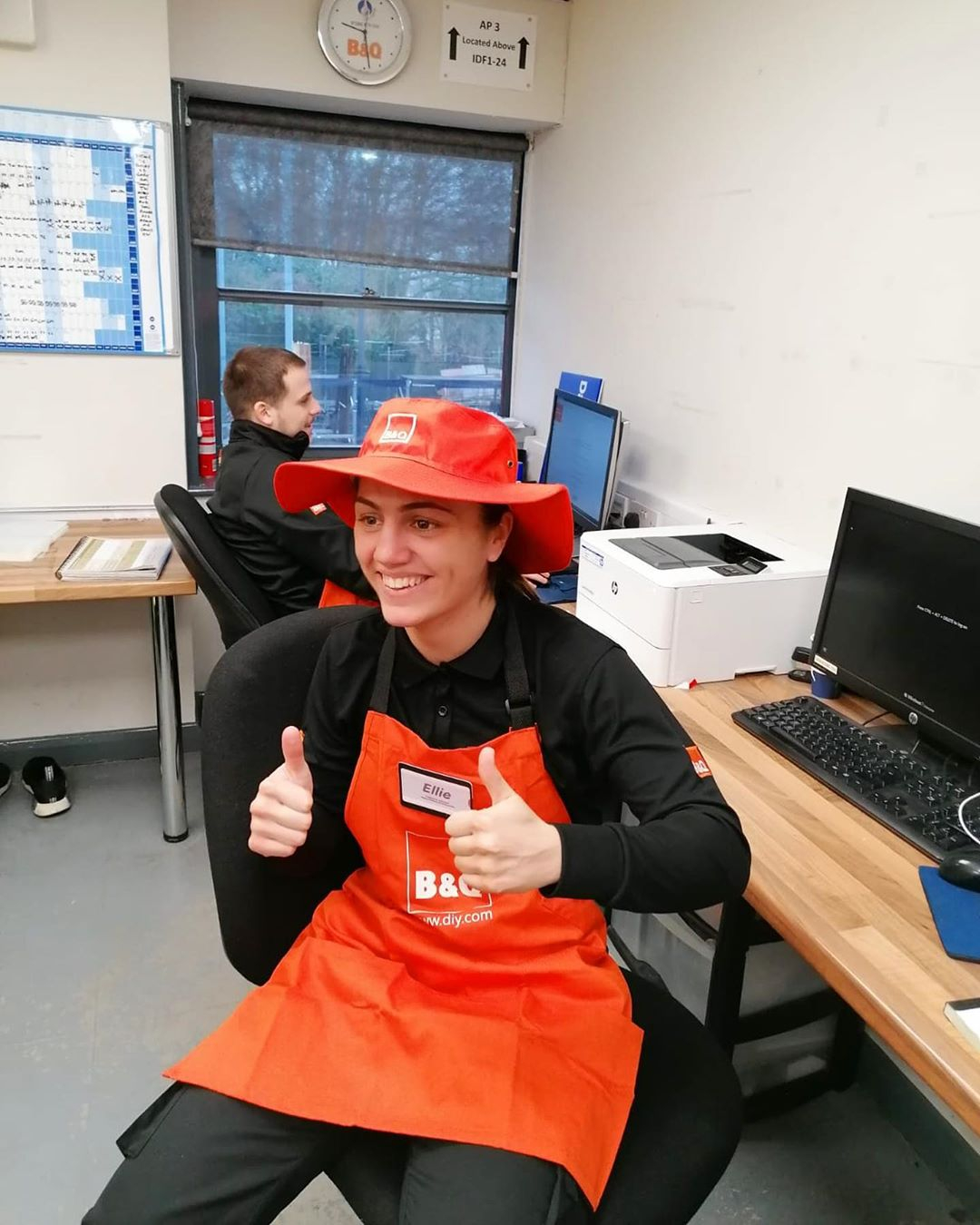 But the former Team GB starlet has instead lit up social media feeds, sharing photos in her bright orange B&Q uniform.

And the tale of her first fight since leaving the amateur game – which ended in her getting floored by a garden rake.

The Churchill’s gym ace, nursing a shiner from her tangle with the unfancied garden utensil, took time out of her hectic slapstick schedule to explain some of her funniest recent posts to SunSport.

“You know the country is in trouble when I am an essential worker,” Scotney joked. “That is what it has come down to!

“I have managed to keep up my training, just ticking over, one of my sponsors Champs Boxing thankfully sorted me out a heavy bag.

“I have got it screwed to the wall outside but now I am worrying my mum will kill me if it pulls the wall down, our gaff is like the House That Jack built. 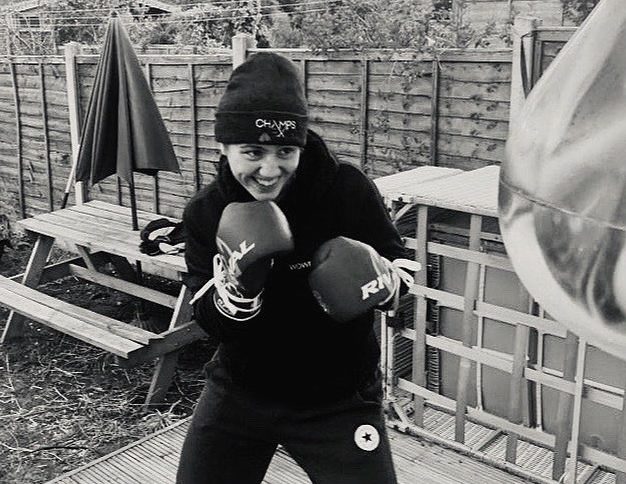 In the macho world of boxing, not many fighters would admit to having a bad spar with a live opponent, let alone getting battered by what is essentially a big comb on a stick.

“That was a nightmare,” the super-bantamweight said. “I didn’t even want to get involved in tidying up the garden but all of the family was.

“I tried just standing there and looking busy and I was mid-conversation when I turned and stepped on something.

“The rake handle pinged straight up and hit me flush in the face – it was exactly like Sideshow Bob getting whacked by one in The Simpsons.

“My eye swelled up and I thought I might have even had a concussion, I was a bit wary about going to work but no one is going to believe that excuse are they, especially from a so-called boxer.

“I had my original debut at the O2 cancelled and I lost the rescheduled one to a rake, but it was a good shot and I am proud I took it so flush.

Scotney’s pro bow, long before rake-gate, was officially cancelled the day after her birthday, meaning she once again starved and trained herself down to make weight without the chance to shine.

While completely aware the bigger picture is deadly serious, the Crystal Palace fan can only laugh at her own personal experiences during the lockdown.

The 35-5 amateur said: “It was a bit of a nightmare because my birthday was on the Monday and we found out on the Tuesday, so I had done all the dieting and sacrificed another birthday for nothing.

“When you are training and making weight all the time you rarely get to celebrate your birthdays and this one I will definitely remember missing.

“In the back of my mind I was hoping somehow it would happen but when that call finally came it was horrible.” 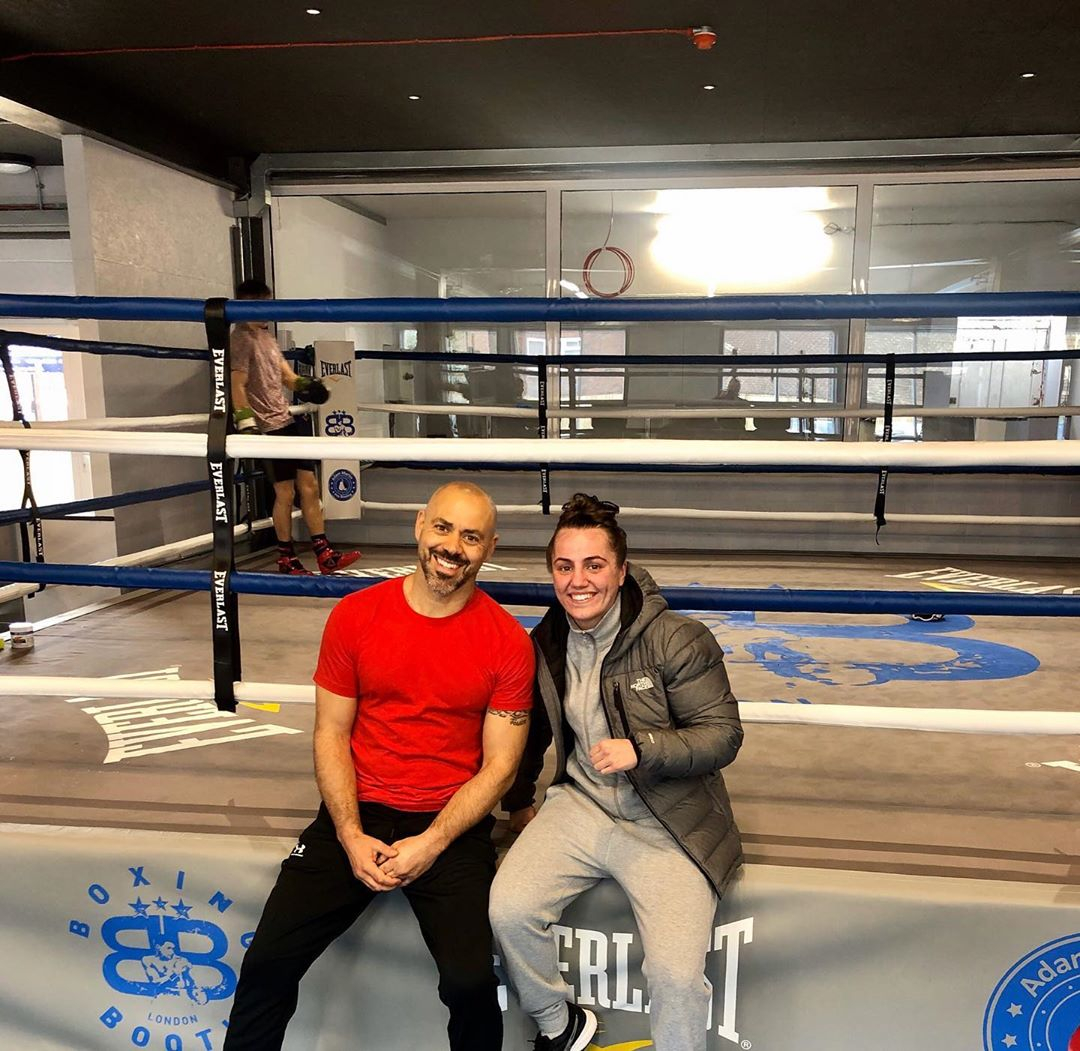 Despite claiming to be a proud South Londoner, Scotney admitted the nationwide lockdown has allowed her to change one particularly dark element of her past.

“I had never seen an episode of Only Fools and Horses before all of this,” she revealed.

“I am a bit of a fake South Londoner, I have watched a couple now with my brother but I have still never had pie and mash either so I'm still a bit of a fraud.”

Scotney felt her boxing style and personality never quite suited to the Team GB set-up in Sheffield and the axing of the 2020 Olympics has validated her decision to turn over early.

Now the body-punch specialist can focus on putting bums-on-seats and cash in her pocket and convincing crowds to watch the women clash instead of hitting the bar.

“You can probably tell from my nose that I like to get involved and trade a lot,” she said.

“But there is more to it than that, the amateur game just was not working well for me and this was the time to start delivering now.

“I would have been an idiot not to have the grabbed the opportunity because so many more doors are open for women now.

“I have been in boxing crowds before when it has felt that everyone has gone to the bar to get a drink when the women have come on, but it feels like that is changing now thanks to people like Jane Couch, Katie Taylor and now Terri Harper.

“And I want to carry that on and be a part of that now, it is exciting.”