BRIGHTHOUSE has reopened seven branches as part of a trial to chase cash from borrowers who can’t repay online.

But customers have accused the rent-to-own firm, which collapsed in March, of “bombarding” them with requests for repayments and of repossessing goods during the coronavirus crisis. 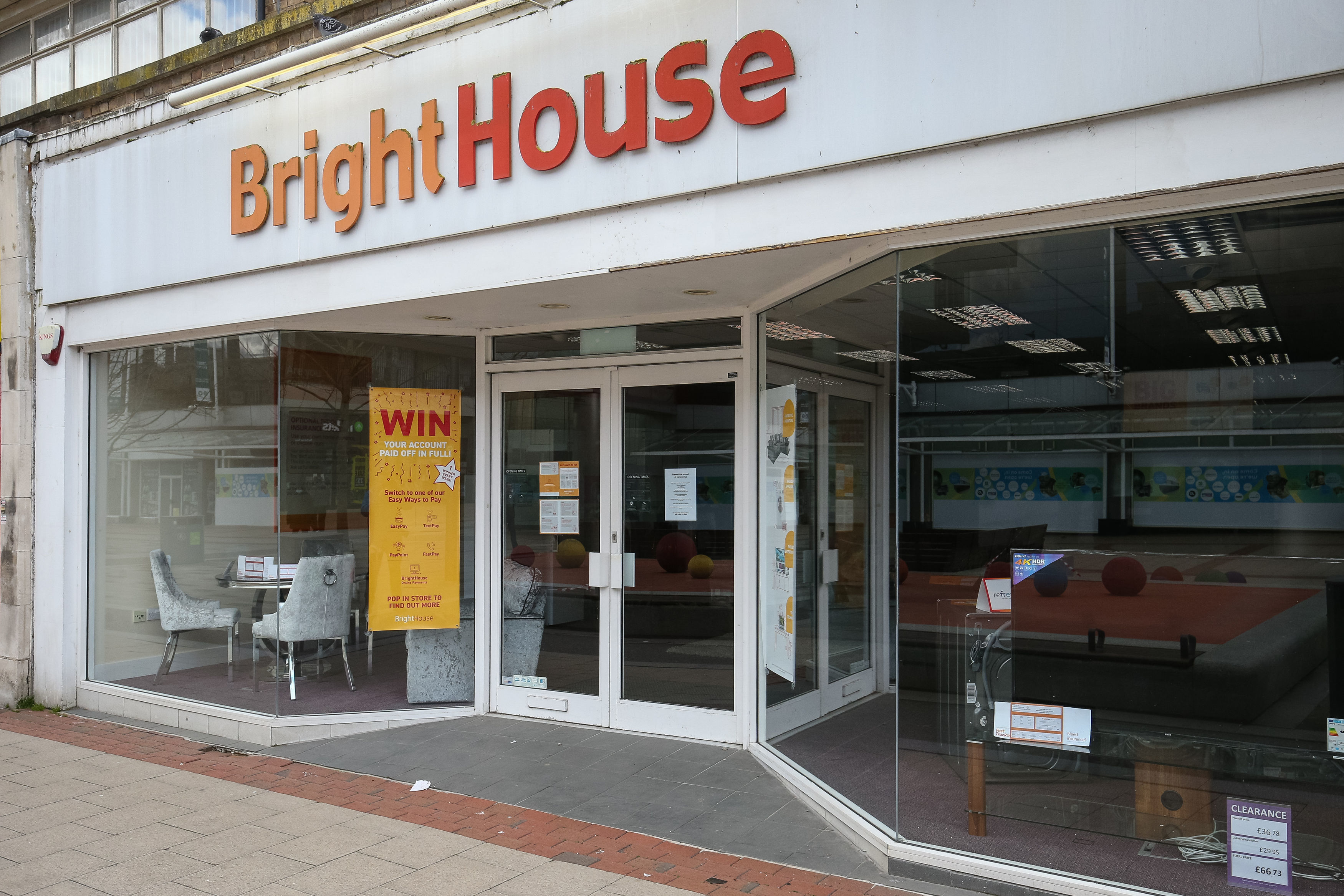 Under Financial Conduct Authority (FCA) guidance, rent-to-own firms, where borrowers pay a monthly fee for household goods such as TVs and fridges, have been told to freeze or reduce payments to a level customers can afford until the end of October.

They’ve also been told to hold off repossessing goods being used during any payment freeze offered.

But one BrightHouse customer told the Debt Camel debt blog they were told their goods would be repossessed despite taking out a one-month payment freeze.

They wrote: “BrightHouse said it can come and recover the items from my home. Is this true?

What to do if you owe BrightHouse money

SARA Williams of the Debt Camel blog explains what BrightHouse customers should do if they owe the lender money or goods:

1. Contact BrightHouse if you are unable to make your repayments.

Fill out the online form on BrightHouse’s website  http://www.brighthouse.co.uk/contact-us  stating why your income has fallen and ask for a payment break until you can afford to make repayments again.

Alternatively, say what you can now afford to pay and ask if it will agree to lower your repayments.

Lenders are supposed to offer payment holidays or reduced payments until at least the end of October.

If you think you were lent to by BrightHouse when you couldn’t afford to make repayments; you may be due a refund on the interest you’ve repaid.

Send an email to: [email protected] with AFFORDABILITY COMPLAINT as the subject, saying:

“I want to ask for a refund of the interest that I paid on the items I bought from the BrightHouse shop in [Leicester]. I am asking for a refund because I could not afford the repayments and have enough money left over for my other essential spending and existing debts.”

Include your full name, address and telephone number.

3. Complain to the Financial Ombudsman Service

If you’re unhappy with the way BrightHouse has treated you, first complain directly to the lender.

If you don’t get a response within eight weeks or you’re unhappy with the response you do get, and it’s six months since you received this response, you can take your complaint to the free Financial Ombudsman Service.

“I mentioned about lockdown and shielding and it said this is fine, it can collect the items from outside of the front of the house.

“He said that I have nowhere to go with this and I need to pay or return the items.

“We are a salary down due to coronavirus; we have been explaining this and it said we had a month’s grace and no all arrears need to be paid.”

Another customer posted on the advice site: “(I’m receiving) calls and texts all the time sometimes at half seven at night.”

While a third wrote: “I’m being bombarded with calls and texts, sometimes at 6.45am in the morning.”

And finally, another disgruntled customer, added: “My partner is a live music entertainer and hasn’t worked since early March. I asked for a break in May and have been getting the run around since.”

It adds online that it won’t threaten struggling borrowers with repossession of their products.

How to cut the cost of your debt

IF you're in large amounts of debt it can be really worrying. Here are some tips from Citizens Advice on how you can take action.

Work out your budget – by writing down your income and taking away your essential bills such as food and transport
If you have money left over, plan in advance what else you’ll spend or save. If you don’t, look at ways to cut your costs

Your rent, mortgage, council tax and energy bills should be paid first because the consequences can be more serious if you don't pay

Get advice – If you’re struggling to pay your debts month after month it’s important you get advice as soon as possible, before they build up even further

The seven Brighthouse branches set to reopen are believed to be in areas with high levels of customer debt.

They’re located in Newcastle, Gloucester, Peterlee in County Durham, Merthyr Tydfil and Cardiff, as well as Motherwell, and Airdrie in Scotland.

Britain’s biggest rent-to-own chain had struggled after a flood of compensation claims for selling to people who could not repay.

Regulators fined the firm nearly £15million for “irresponsible” lending and capped the level of interest and fees it could charge.

Critics had accused the firm, which had 240 shops, of hammering low income shoppers with annual interest rates as high as 69.9 per cent.

Anti-debt campaigners have blasted the “cynical” reopening of shops and questioned the lender’s debt chasing tactics.

Sara Williams, who runs Debtcamel, said: “People aren’t being given Covid-19 payment breaks even though their household finances have been affected.

“Some have been threatened with having their items repossessed even though Brighthouse’s own website says this won’t happen if someone has temporary payment difficulties.

“And people with affordability complaints are having these ignored and being told they still have to pay, even though they have the right to offset any money Brighthouse owes them for compensation for unaffordable lending against the money they owe Brighthouse.”

Marc Gander of the Consumer Action Group, added: “It all seems a cynical one-way street.”

A spokesman for the administrator said: “Following the easing of nationwide lockdown restrictions brought on by the covid-19 outbreak, the administrators are currently trialling the temporary reopening of a small number of Brighthouse stores for customers who have been unable to make remote payments.

“These stores are not selling stock or offering new rent-to-own agreements, and are open namely to assist with repayment collections in those locations.”

He added: “We continue to communicate with customers, within the regulatory requirements, in respect of their accounts to assist customers in bringing them up to date.

“For any customers who are facing financial difficulty as a result of COVID – or for any other reason – we include messaging in our communications and website in respect of the support we can provide.

“We can offer support and a range of forbearance options to help customers through this period of uncertainty, including payment freezes and partial payment options.”

In more money news, credit card and loan payment holidays have been given to 1.7million Brits during the coronavirus outbreak.

Car finance and payday loan borrowers have been given more time to repay loans and apply for payment holidays.

Overdraft borrowers have been warned that repayments are set to be hiked as interest rates are set to rise at most banks.