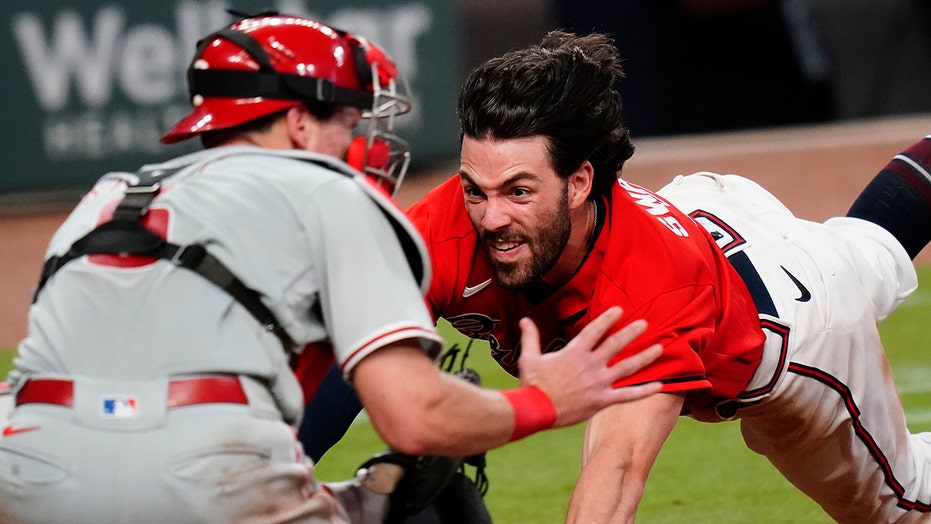 Snitker made his comments after the Braves lost Sunday night to the Philadelphia Phillies. The game ended after Dansby Swanson was tagged out at the plate, failing to get by Andrew Knapp.

“[Knapp] was sitting there pretty good, but they're not calling that anymore,” Snitker said, as MLB.com noted. “They need to take that off the book and just start blowing up catchers again.”

Snitker added that he thought Knapp was in front of the plate before he had the ball.

“He didn’t get the ball and then take the plate away. He was waiting in front of the plate as the rule says. The ball didn’t take him there. He was already there,” he said.

Knapp said if he was in front of the plate before the ball got to him, it was because of the throw.

“Thankfully, that throw kind of took me into the line, so I was able to take it into the tag with me,” Knapp said. “I just knew that whether or not I had the ball, I wasn’t really going to let him get to the plate. It was kind of a do-or-die play, and I ended up coming up with it.”

Rules to eliminate collisions at the plate took effect in 2014.

Related posts:
A Texas man bought an old ambulance from a landscaping company for $4,500 and spent $10,000 converting it into his dream tiny home. Here's how he did it.
Nicola Sturgeon sets out school face masks plans
Popular News
Actor Derek Fowlds left an estate worth more than £3million
16/01/2021
Man Utd wonderkid Ramon Calliste, called ‘the next Giggs’, now owns luxury watch business and makes £5m a year – The Sun
26/03/2020
Megan Thee Stallion Addresses Criticism Over Twerking: ‘I Love to Shake My A**’
26/03/2020
Police guard shops to stop coronavirus panic-buyers and enforce social distancing – The Sun
26/03/2020
Coronavirus: Good Morning Britain’s Dr Hilary reveals ‘game-changing’ self-testing kit
26/03/2020
Recent Posts
This website uses cookies to improve your user experience and to provide you with advertisements that are relevant to your interests. By continuing to browse the site you are agreeing to our use of cookies.Ok