BOURNEMOUTH star Adam Smith was given oxygen and taken off on a stretcher following a horror head injury during the 0-0 draw with Tottenham. 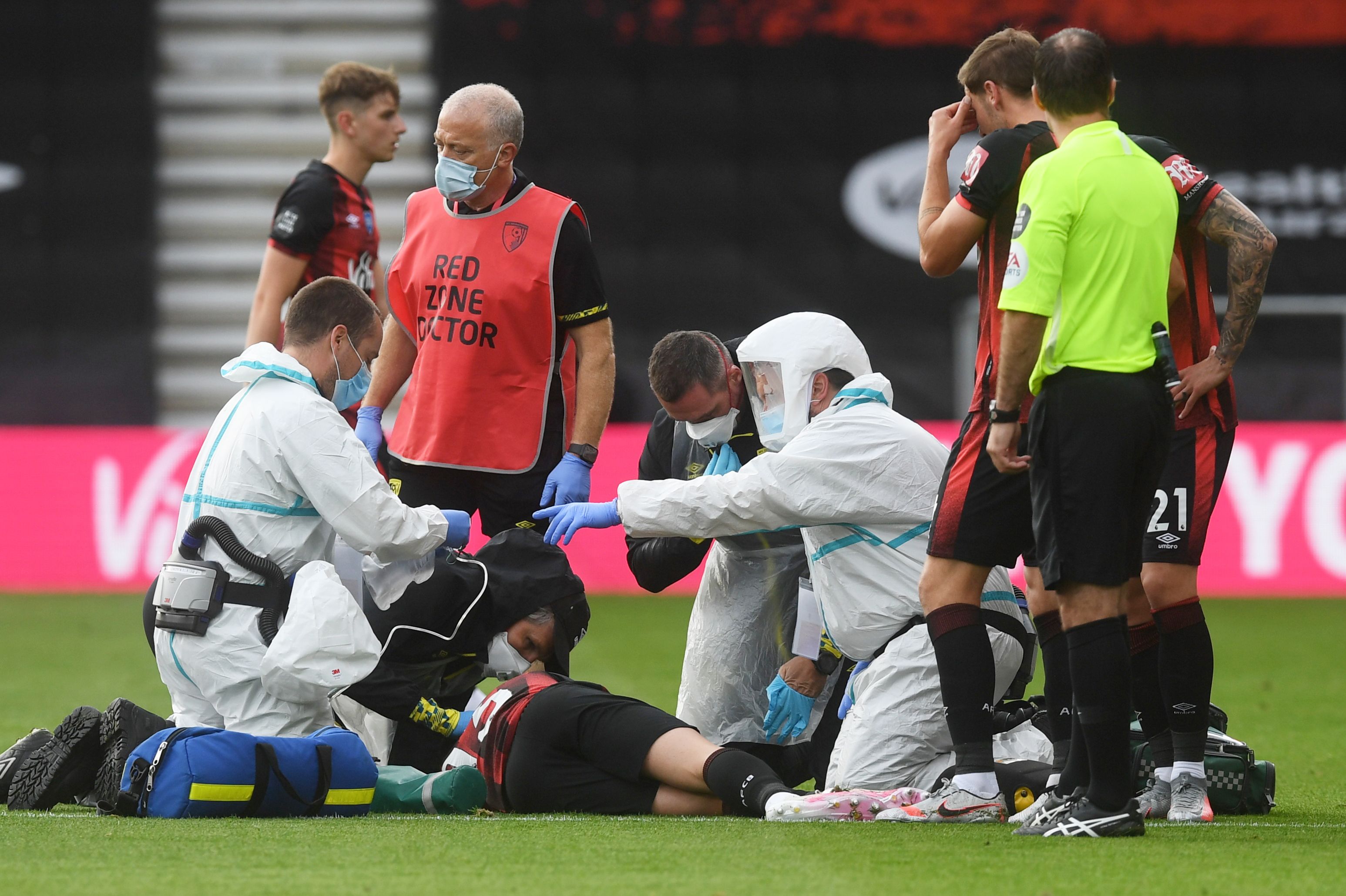 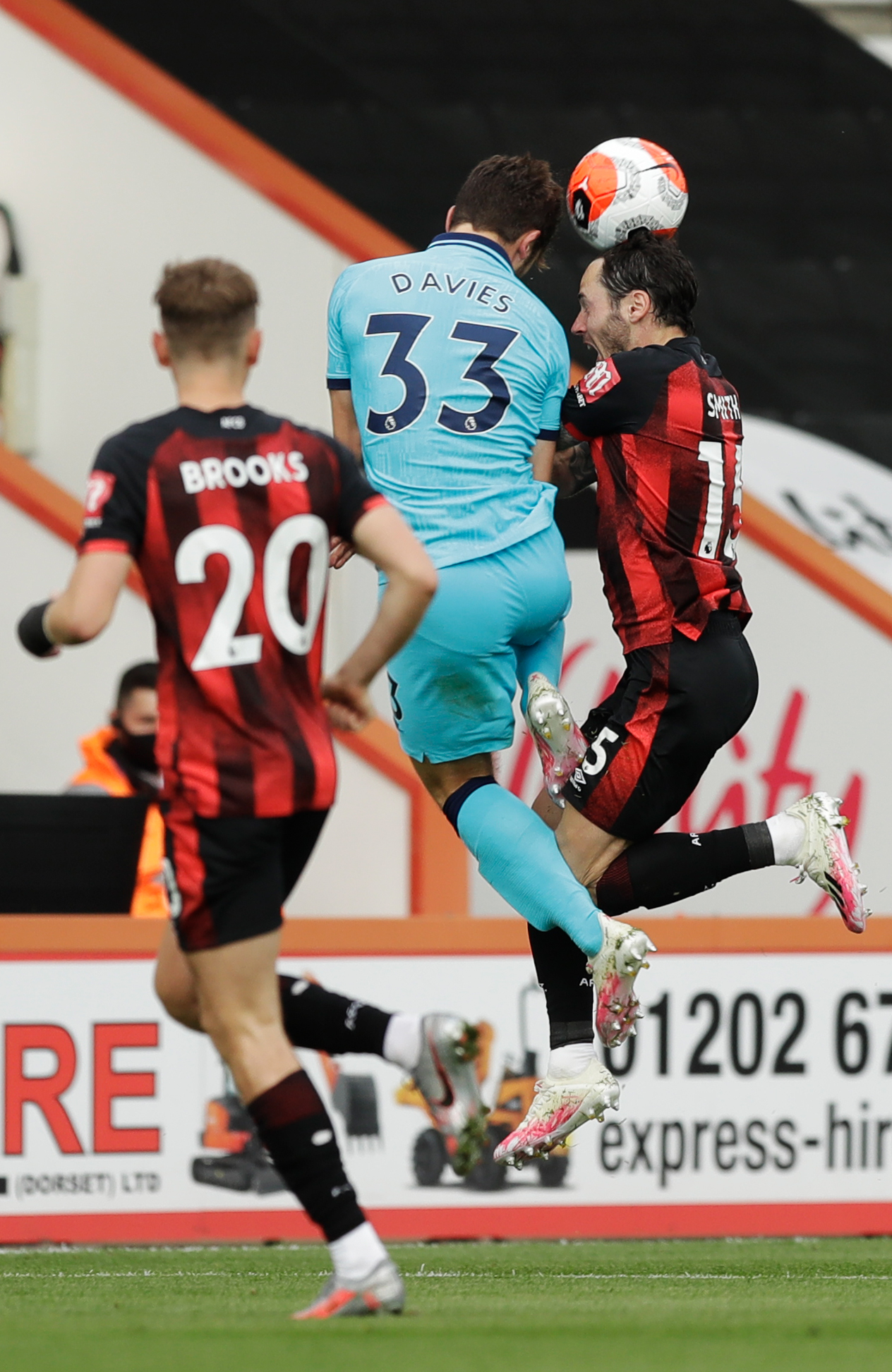 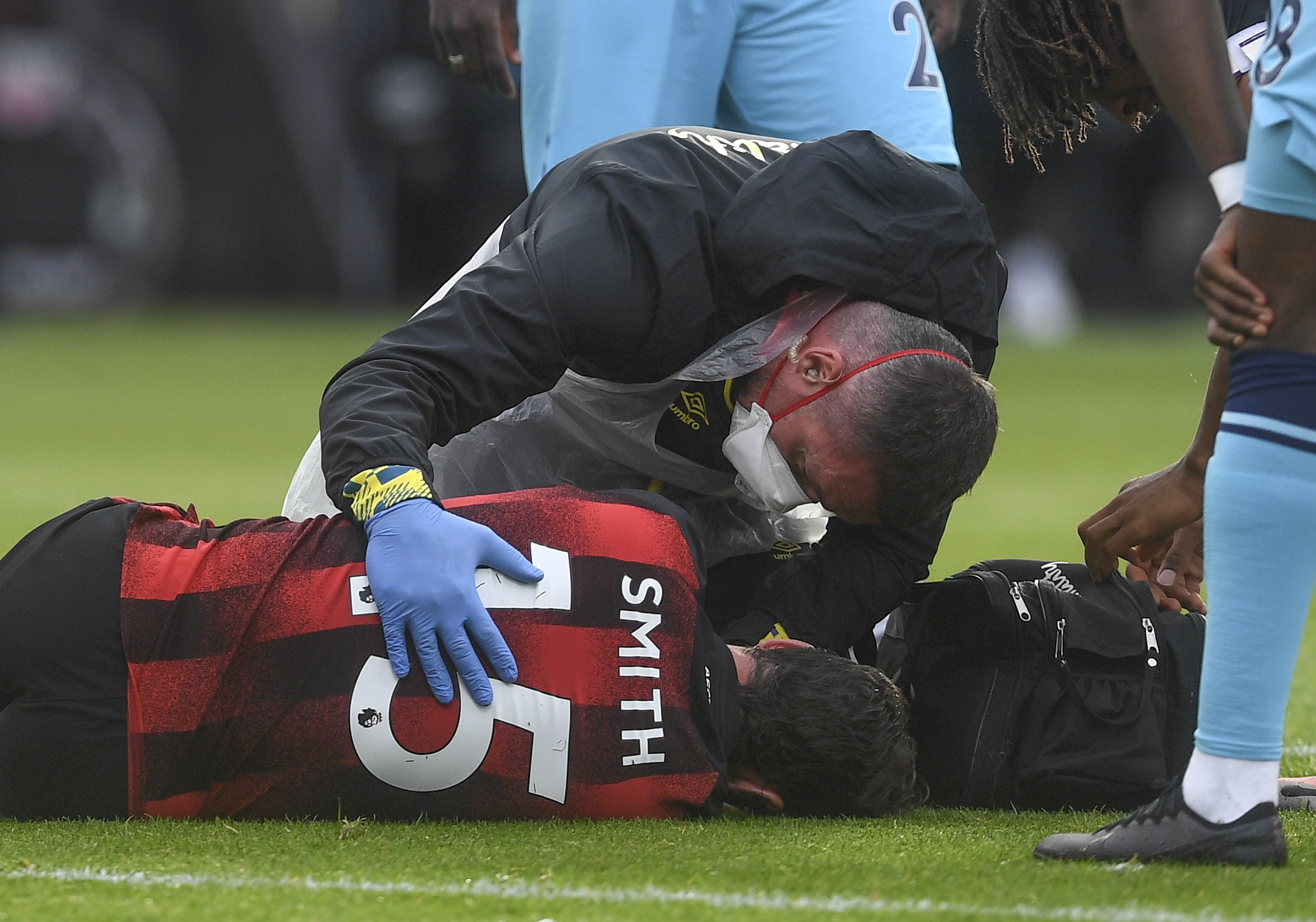 More worryingly, Smith required oxygen after being knocked out cold after being taken off on a stretcher.

The right-back had already taken a Harry Kane free-kick to the stomach which appeared to knock the wind out of him.

But just minutes later a high-speed collision with Davies left him seemingly unconscious.

After medics darted onto the pitch, they carefully placed him on a stretcher, carried him off and gave him oxygen.

All in all, it took EIGHT MINUTES for Smith to leave the pitch such was the extent of the injury. 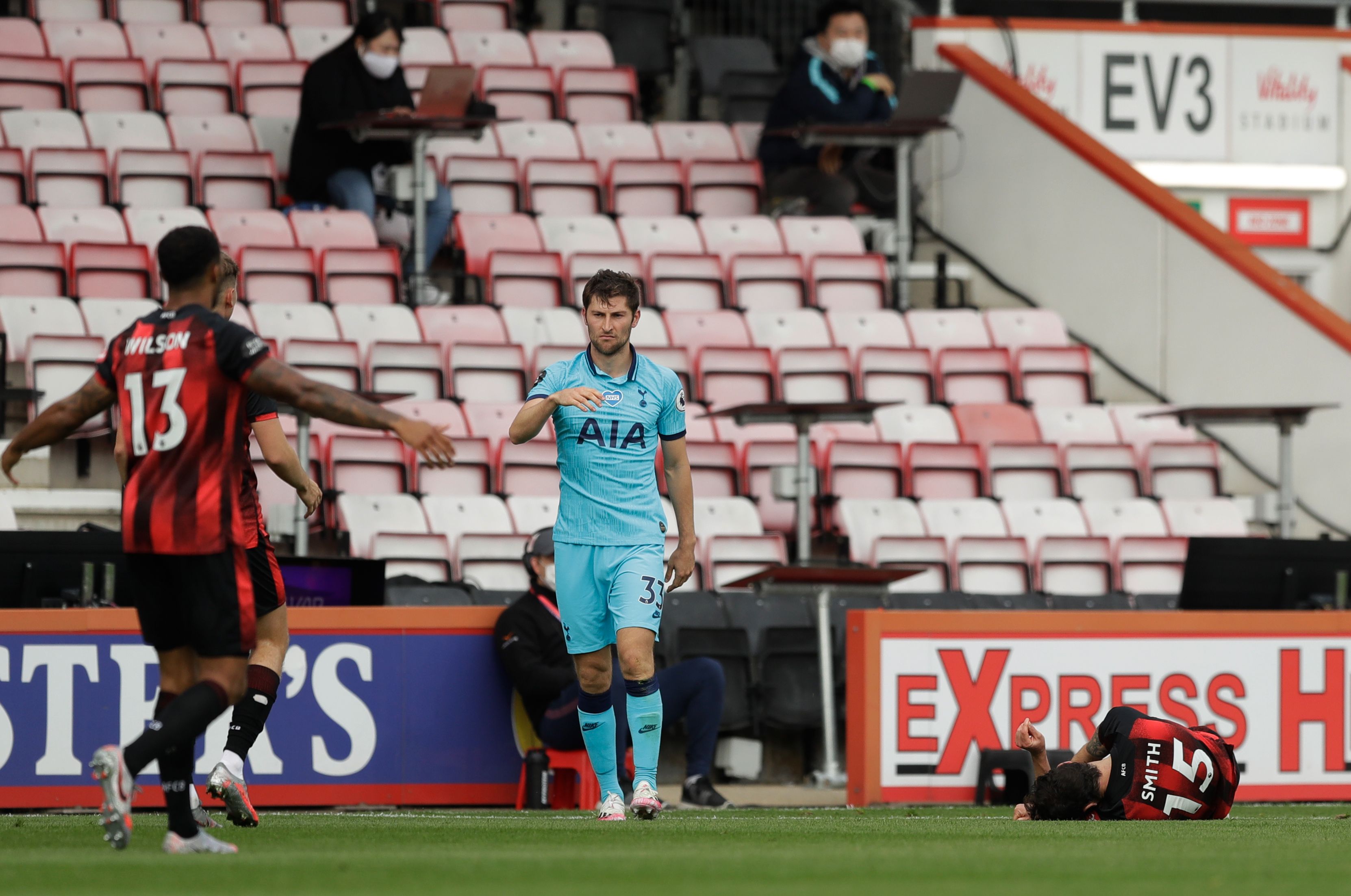 Reports claim Smith was in good spirits as he was carried off.

Kane even shared a little joke with him, apparently saying: "Smithy, you're still ugly."

Smith was replaced by Jack Stacey with the game against Tottenham level at 0-0.

Just a week ago, Smith called this "the most difficult time" in his career – with Bournemouth staring relegation in the face. 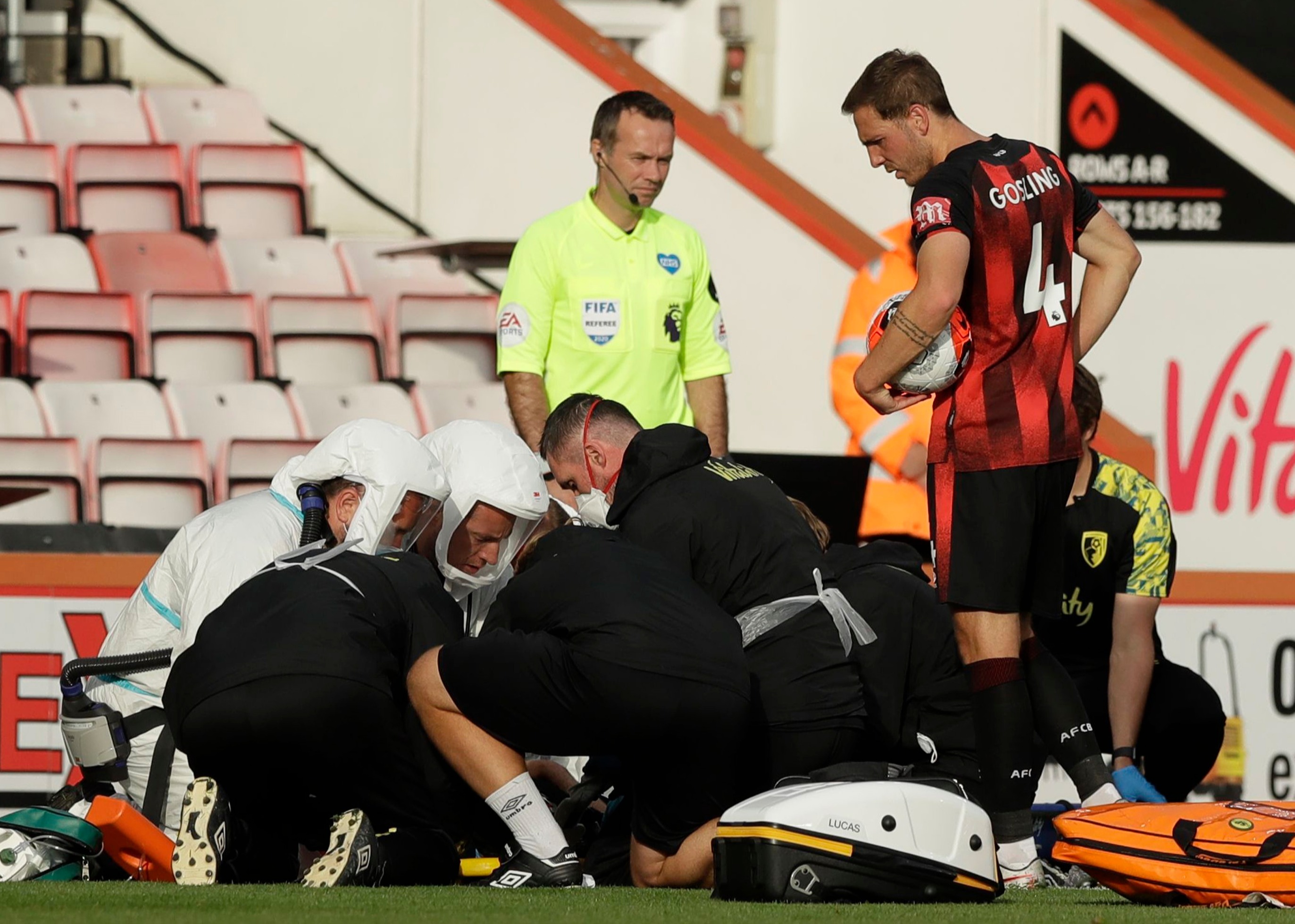 He claimed: “It’s the most difficult time of my career – and probably everyone in that changing room.

“It’s the losing streak. It’s just so difficult in each game to keep that mentality,