Border agents seize 3,100 pounds of meth — the second-largest bust ever

“Smugglers will try every way possible to try and get their product across the border and because of the partnership between CBP, Homeland Security investigations and DEA this significant seizure occurred and we stopped them,” said Anne Maricich, acting CBP director of field operations in San Diego. “I’m proud of the CBP officers’ dedication to our mission. They continue to stop dangerous drugs from entering our communities.” 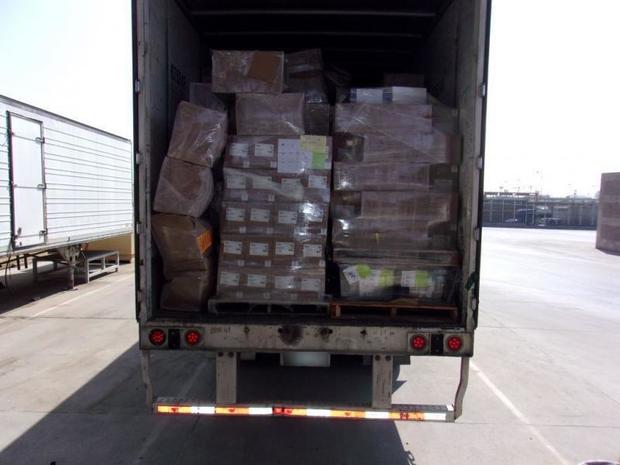 According to CBP, the shipment coming across the border from Mexico was disguised as medical supplies. Using a device similar to an X-ray machine, officers screened the truck and found it suspicious.

After a dog alerted officers to the truck while it was parked at the dock, they offloaded the shipment — finding 1,816 packages of drugs in addition to medical supplies such as clear plastic pipette tips, spray bottles of surface decontaminate and calibrated pipette tools. 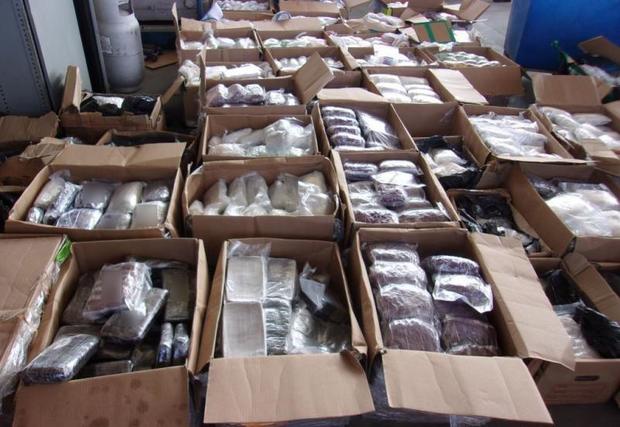 “This massive seizure is testament of what law enforcement agencies can do when we combine forces — prevent over $7 million worth of deadly drugs from entering our country; thus saving countless lives from addiction and overdose deaths,” said DEA Special Agent in Charge John W. Callery.

Officers arrested the driver of the truck, a 47-year-old man from Mexico. CBP said he will face criminal charges.

Related posts:
Stray cat dangling from a utility pole is saved by onlookers
The surprising way Queen Elizabeth II eats her burgers
Popular News
2020 Election, Violence, Kidnapping Plots See Huge Spike in Gun Sales in Michigan
20/10/2020
Man Utd wonderkid Ramon Calliste, called ‘the next Giggs’, now owns luxury watch business and makes £5m a year – The Sun
26/03/2020
Megan Thee Stallion Addresses Criticism Over Twerking: ‘I Love to Shake My A**’
26/03/2020
Police guard shops to stop coronavirus panic-buyers and enforce social distancing – The Sun
26/03/2020
Coronavirus: Good Morning Britain’s Dr Hilary reveals ‘game-changing’ self-testing kit
26/03/2020
Recent Posts
This website uses cookies to improve your user experience and to provide you with advertisements that are relevant to your interests. By continuing to browse the site you are agreeing to our use of cookies.Ok