The online travel agency Booking.com said Monday it plans to add warnings to listings in the Israeli-occupied West Bank, becoming the latest foreign company to wade into one of the world’s most contentious debates.

Booking.com said it would caution customers booking accommodations in Israeli settlements that they were traveling to a "disputed, conflict-affected or high-risk" area that "may pose greater risks."

The company told The Associated Press that it was still working on the language of the safety warning for the Israeli-occupied West Bank and a few other regions around the world. It did not say when the alert would take effect.

The move would come as violence rises in the West Bank, with raids by Israeli forces in cities and villages leaving at least 85 Palestinians dead so far this year. On Monday, the Israeli army said a vehicle came under fire as it passed by a Palestinian village in the northern West Bank. No injuries were reported.

WHAT IS THE WEST BANK?

Most of the world considers the settlements, built on land Israel captured in the 1967 Middle East war, to be a violation of international law. Some 700,000 Jewish settlers live in the occupied West Bank and annexed east Jerusalem. The Palestinians seek these lands as parts of a future independent state.

Online travel companies like Airbnb and Booking.com long have faced pressure from Palestinian officials, activists and human rights groups to end their listings there.

But they risk Israeli fury if they do. Israel and its supporters have accused those who support anti-Israel boycotts, including products made in the settlements, of antisemitism. Airbnb scrapped its plan to bar listings in the settlements in 2019 after lawsuits were filed against it in the United States and Israel. 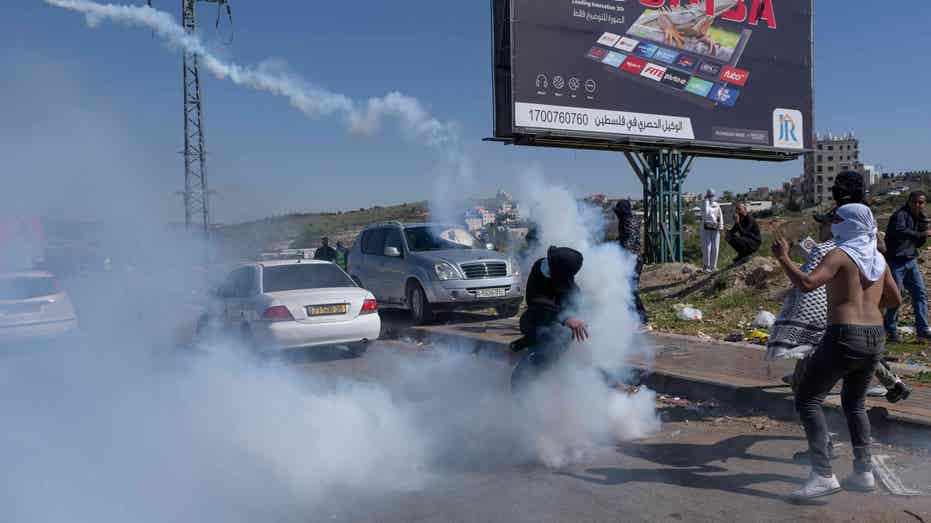 Political violence in the West Bank, pictured here near the West Bank city of Ramallah, on April 14, 2022, has led to Booking.com announcing that they will begin putting danger warnings on West Bank listings. ((AP Photo/Nasser Nasser, File / AP Images)

Similar controversy has engulfed ice cream maker Ben & Jerry’s. The Vermont company set off an outcry in Israel by saying that it would stop selling its products in the occupied West Bank last year.

But a recent deal will see Ben & Jerry’s ice cream back on shelves in the occupied territories, after parent company Unilever sold the brand’s Israeli business to a local licensee.

Booking.com's announcement did not directly question the legitimacy or legality of the settlements, and instead focused on safety. To some Israelis, the disclaimer showed Israel’s pressure has paid off.

"It shows Booking.com has paid attention to the massive damage Airbnb and Ben & Jerrys did to themselves when they adopted a boycott of Israeli controlled territories," said Eugene Kontorovich, director of the international law department at the Kohelet Policy Forum, a conservative Israeli think tank. "At the same time they want to throw a bone to anti-Israel activists."

The Council on American-Islamic Relations, the largest Muslim civil rights group in the U.S., welcomed the travel warning as a decision to "recognize the reality of the occupation and human rights abuses," calling on more foreign corporations to do the same.

Booking.com said its safety banner for the West Bank would resemble those currently shown for accommodations in Ukraine or Cyprus. The site’s warning for Ukraine cautions travelers of "an increased risk to customers’ safety in this location" and urges them to "review travel guidelines for this area provided by your government."

The company declined to say whether the warning would also apply to Palestinian properties in the West Bank, such as in the cities of Hebron or Ramallah.