THERE was drama from the off of the Navan feature – literally.

Jockey Andrew Slattery was all set on 4-1 chance Sunchart as the stalls opened. 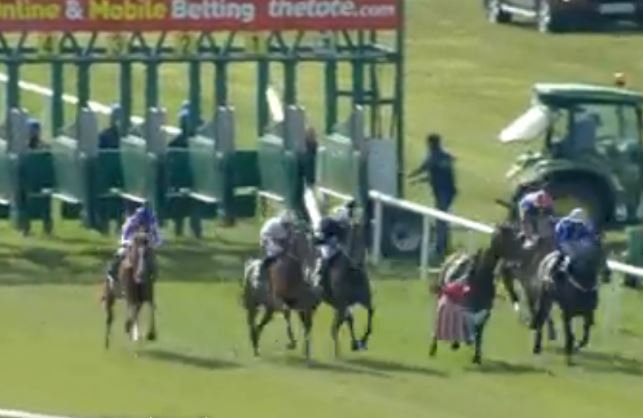 But disaster struck when the fancied four-year-old took a false step just metres from the stalls and Slattery was in trouble.

Despite his agonising best efforts to cling on he eventually came unstuck and looked to get trampled on for good measure.

The horse was loose for the remainder of the race and caused some traffic problems throughout.

Thankfully Sunchart was eventually caught and jockey Slattery walked off the track after some brief medical attention.

The result of the Group 3 itself was dramatic enough itself with 20-1 stunner Baron Samedi causing a shock.

It was his sixth win on the spin, but at the start of his run he was rated only 65.

Now Joseph O'Brien's horse is going to be higher than 112 and has been cut into 20-1 for the Ascot Gold Cup.

Bookies Paddy Power and Betfair quickly paid out a refund to any Sunchart-backers.

The ultimate home for all your racing needs.

Number one for tips, betting offers and news – as well as full racecards and an interactive results and odds comparison service.

Meanwhile at Wetherby an Oaks candidate emerged in the shape of Noon Star.

She was cut into 12-1 co-second-favourite for the Epsom Classic after an impressive win under Richard Kingscote.