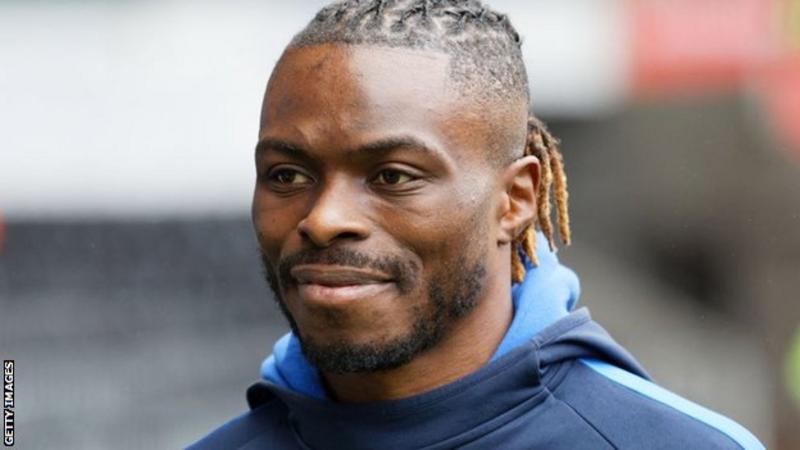 A non-league player and former international hopes to force “drastic change” towards equality in football with an initiative to develop more black managers and coaches.

Gabriel Zakuani, a former DR Congo captain, has support and financial backing for the scheme from the Professional Footballers’ Association, the players’ union.

The Dagenham and Redbridge defender says his initiative will also pay for coaching badges for under-privileged people and try to get them on the coaching ladder and into employment.

“The PFA has looked at their statistics of black players in the country and not enough players are making the step up into coaching or management,” said the 34-year-old.

“I didn’t want to leave it completely to black players. I know that there are a lot of less privileged people that would love to be on board.”

At present, only six of the 91 Premier League and English Football League managers or head coaches are from black, Asian and minority ethnic (BAME) groups.

In June, the Premier League, EFL and PFA announced their own joint scheme for next season to give six BAME coaches – at Uefa B level – a 23-month work placement at EFL clubs.

Zakuani added: “Hopefully in the next 10 years, we see a drastic change.

“It will give me satisfaction knowing that I’ve done my bit. There will be players in the future who probably won’t face as many problems or face discrimination, because they might see themselves represented in the football world.

“And for the communities, it is good for everyone to get the same opportunity and start on the same level.”

Gifton Noel-Williams – the former Watford and Stoke striker who is now a coaching educator at the PFA – backed Zakuani’s scheme.

“About 29% of people that come to do our badges are actually black or BAME coaches,” said Noel-Williams.

“We’ve had a lot of guys come through. It’s OK coming to get a B license and an A license – but then you have to get a job.

“What Gaby is trying to do is a great initiative because he wants to help people from the get-go – the mentoring side, developing them as people and not just as coaches.

“I think it is something that is missing from the game. I think he will be really successful. I think in a few years’ time, you will start to see the rewards.”