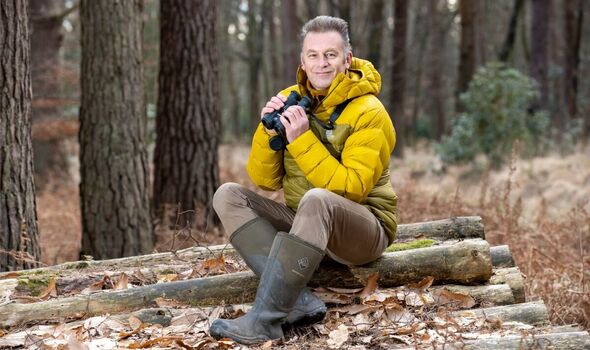 Following a fundraising appeal, the public banded together to secure 91-acre Horse Common reserve, in the New Forest, for the Royal Society for the Protection of Birds (RSPB). Overwhelming generosity and grant funding mean birds at severe risk from habitat loss have been given a gift in time for Christmas.

TV presenter and naturalist Chris Packham, who backed the cause, said he feels the space is “community-owned” because it was funded by wildlife lovers in Britain.

He also celebrated the generosity of the wildlife-loving public who donated despite a cost-of-living crisis.

The Autumnwatch TV host, 61, said: “It’s another indication that even in tough times, very tough times financially, people are prepared to give what they can afford to make a difference. It’s really heartening.

“Everyone’s beginning to see the pressure on nature around them now.

“Whereas in the past it was conservationists looking at their statistics of declines and changes, now it’s apparent to everyone.

“So I think people are becoming more concerned that the quality of life and security of life is slipping away unless they act.”

Ecotricity boss Dale Vince, 61, who offered to match every pound donated to the cause this month, said Horse Common reserve will play a “vital role” in saving Britain’s animals, birds and plants.

Despite being known for its rolling green hills and picturesque landscapes, Britain is one of the most nature-depleted countries in the world – with just 53 per cent of its biodiversity left.

Dale said: “I am thrilled we got this over the line and I want to thank every single person that donated to this important campaign.

“I also want to thank the team at the Express for playing such an instrumental role in highlighting this rewilding project and its
benefits for our planet.

“Buying this piece of green land and rewilding it will play a vital role in halting the decline of wildlife in this country.

“This area is going to be a beautiful, wild haven for plants and animals, allowing the species to flourish and develop. Our country, and indeed the world, need more spaces like these.”

Environmental activist Mya-Rose Craig, Undertones singer Feargal Sharkey and model Jo Wood are among the nature enthusiasts who also got behind the appeal.

In 2023, the RSPB will begin work to restore the woodland that has “been lost or pushed to the margins”.

Birds such as nightjars, hawfinches and lesser-spotted woodpeckers call Horse Common home, despite struggling elsewhere in the country.

RSPB CEO Beccy Speight said: “Thanks to the help and generosity of Express readers and others through our appeal, we have been able to purchase land at Horse Common in the New Forest.

“This will allow us to restore an important piece in the rich tapestry of the New Forest’s fabric and help connect other parts of the wood and heathland – creating a bigger, lasting home for wildlife.

“And there is so much still to discover and learn about this site and the creatures that live there.

“Nature needs us all more than ever – and together we can make sure it and we have a hopeful future.”