Billie Eilish is teaming up with Fender on a signature ukulele with all the bells and whistles a strummer would need, including a built-in Fishman Kula preamplifier.

The paint scheme on the ukulele will also include the five-time Grammy-winner’s “blohsh” logo and the stage-ready four-string instrument can be had for $299.99, Billboard reported on Tuesday citing a press release from Fender.

"As soon as she burst onto the scene with her 2015 single 'Ocean Eyes,' it was clear that Billie Eilish is a force to be reckoned with," reads a statement. "In the years since, she has established herself as a new kind of pop culture icon, taking the fashion and music industries by storm on her own terms.” 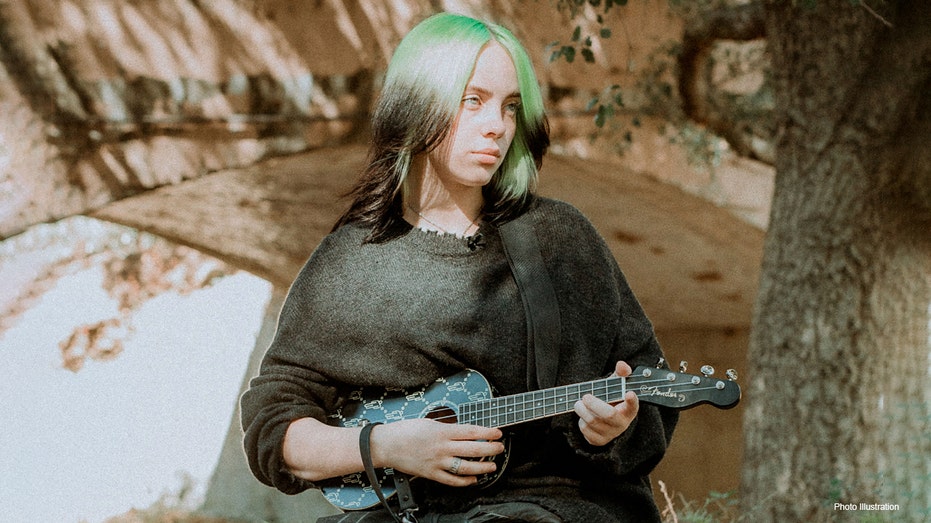 Billie Eilish has landed a deal with Fender on a signature ukulele. (Fender Press)

Eilish said she knew how to play 20 songs after learning just three chords.

"It used to be where I could write everything … because it's simple,” she said in the promo video. “And I think the ukulele brings a different feeling to every single … it inspires a different kind of writing. I feel like different instruments always make me write differently."

The ukulele is made with Sapele wood at the top, back and sides and is painted in a matte finish.

"Basically, the rules of ukulele are if you know three chords, you know every song ever," added Eilish.

Related posts:
'The Crown': Emma Corrin Says It Took 10 People To Help Dress Her in a Replica of Princess Diana's Wedding Dress
Fans devastated after Keeping Up with the Kardashians is cancelled after 14 years
Popular News
Dan Walker unveils BBC cushion secret before issuing breakfast threat: ‘Don’t you dare’
19/09/2020
Man Utd wonderkid Ramon Calliste, called ‘the next Giggs’, now owns luxury watch business and makes £5m a year – The Sun
26/03/2020
Megan Thee Stallion Addresses Criticism Over Twerking: ‘I Love to Shake My A**’
26/03/2020
Police guard shops to stop coronavirus panic-buyers and enforce social distancing – The Sun
26/03/2020
Coronavirus: Good Morning Britain’s Dr Hilary reveals ‘game-changing’ self-testing kit
26/03/2020
Recent Posts
This website uses cookies to improve your user experience and to provide you with advertisements that are relevant to your interests. By continuing to browse the site you are agreeing to our use of cookies.Ok