GARETH SOUTHGATE has named his final 26-man Euro 2020 squad with some big names being left out.

From the provisional 33-man squad, the likes of Jesse Lingard, Ben White, James Ward-Prowse and Ollie Watkins have been omitted. 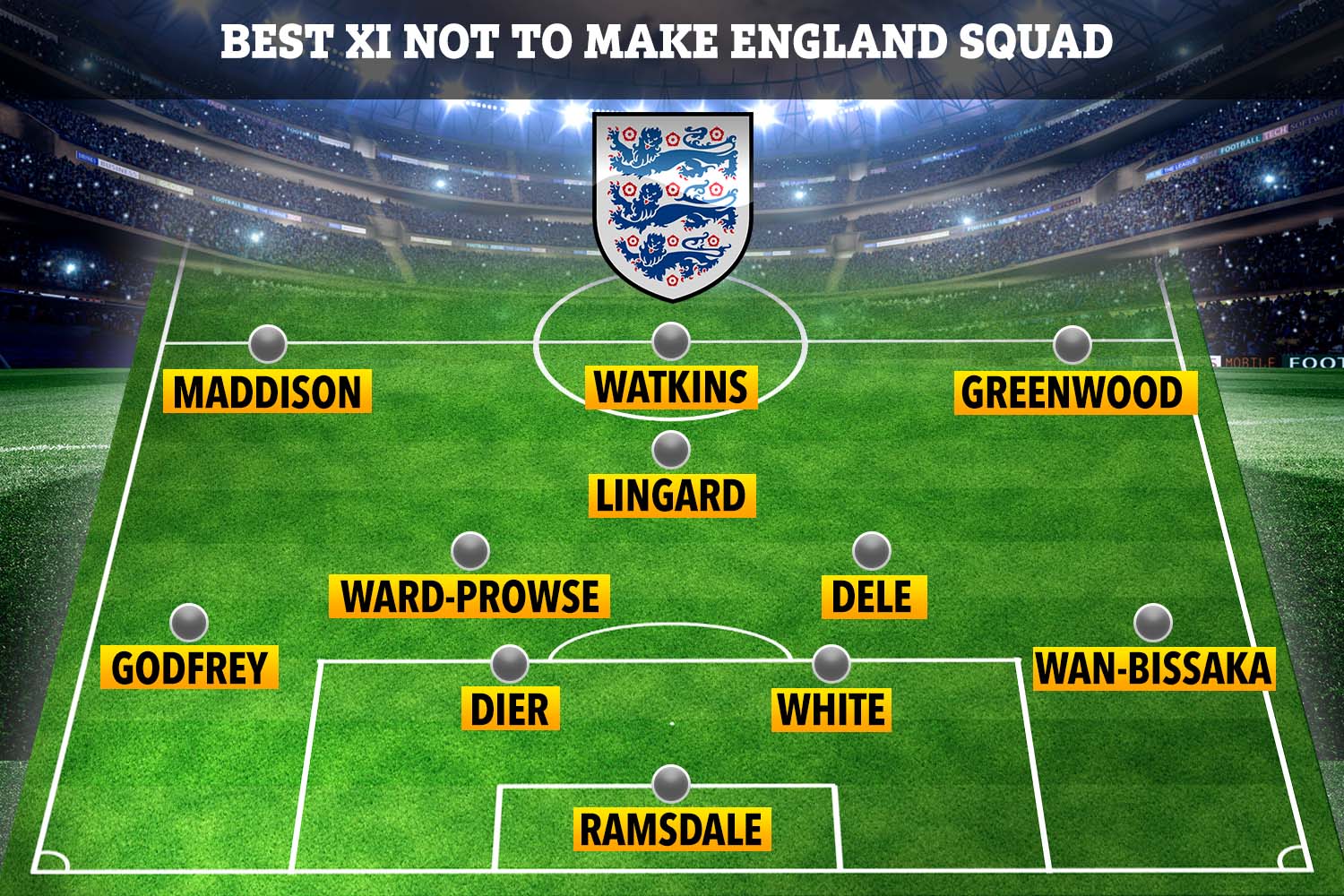 Meanwhile Manchester United youngster Mason Greenwood was forced to withdraw from the squad due to an underlying injury.

A number of England stars were unlucky to not have even been named in the provisional squad, with Dele Alli, Eric Dier and Aaron Wan-Bissaka all missing out.

And SunSport has produced a best XI of players who have been snubbed, with the starting team boasting 118 caps between them.

Goalkeeper Aaron Ramsdale, who is still looking to make his international, was left out of the final squad with Jordan Pickford, Dean Henderson and Sam Johnstone preferred instead.

Right-back Wan-Bissaka, another player yet to feature for the England first-team, has been included in XI, with Everton's Ben Godfrey starting on the opposite flank.

Brighton centre-back White is another player to not have played under Southgate, while 45-cap Dier failed to be called up.

A midfield two consists of Tottenham's Dele Alli and Southampton's Ward-Prowse, with the pair boasting 43 caps between then.

Jesse Lingard – arguably the highest-profile omission from the 33-man provisional squad – has scored four goals in 27 games for his country.

And it has come as a surprise he has been left out of the final squad given his fine form on loan at West Ham where he scored nine goals in 16 matches.

Appearing on the right flank of the XI is Greenwood, while Leicester's James Maddison features on the opposite channel.

Aston Villa's Watkins – who scored on his England debut against San Marino in March 2021 – leads the line.