Accord Gets Last-Minute Extension: From the tragedy of the Rana Plaza disaster came the landmark Bangladesh Accord on Fire and Building Safety — but the future of the Accord is under negotiation.

April 24 saw the eighth anniversary of the Rana Plaza disaster, where more than 1,130 garment workers were killed and several thousand injured in a factory collapse in Bangladesh. Under the Accord, brands and retailers are held accountable for creating safe working conditions for the people who make their clothes.

Talks are ongoing but unions are increasingly pressing for another legally binding Accord in protecting workers — over a discussed voluntary program.

Saying brands are continuously “let off the hook” in subsequent fires and accidents, as was the case with Rana Plaza, Thulsi Narayanasamy, senior labor rights lead at London-based nonprofit Business & Human Rights Resource Centre said, “brands need to agree to support and extend the Bangladesh Accord because it is the most basic level of taking responsibility for the safety of workers in their supply chains.”

Narayanasamy added that brands can go a step further “by actively supporting freedom of association and starting to pay workers a wage they can live on.”

Elizabeth L. Cline, journalist and director of advocacy and policy at Remake said she is working to ensure brands aren’t left to their own devices. “Clear individual brand accountability” according to Cline, and a co-governance structure with unions versus brands leading by themselves, are two elements prioritized in negotiation.

The negotiations are being led by the RMG Sustainability Council with unions like UNI Global Union, IndustriALL Global Union and a negotiating committee on behalf of fashion brands, as witness. The interim agreement lasts until the end of August but requires signage by the individual brands by June 10.

“Unraveled: The Life and Death of a Garment” debuted Tuesday by author Maxine ​Bédat​, founder and director of fashion think tank New Standard Institute. It follows a single pair of jeans from a cotton farm in Texas to a landfill in Ghana.

“The book is ultimately about citizenship,” said Bédat. “An entire generation is waking up and seeing their role as citizens.…The only way that we are going to solve the issues that are plaguing us is if we reengage as the citizens that we are.”

Describing the book as “data embedded in a narrative,” Unraveled has actionable steps for individuals, companies and policymakers to “refashion a society in which people and planet thrive,” according to Bédat.

Fashion’s dark realities have seen their share of titles as the niche has moved into a mainstream cause with newfound awareness. Fast fashion, in particular, has come under analysis in Dana Thomas’ “Fashionopolis: The Price of Fast Fashion and the Future of Clothes” and Elizabeth Cline’s “Overdressed: The Shockingly High Cost of Cheap Fashion,” among others.

Acknowledging the work that has come before, Bédat said: “I think what this book does is it’s capturing the moment that we are in right now. There’s a lot more known about the industry…being able to connect the dots between the historical roots of fashion is also a critical contribution to the industry, which the book delves into.”

In September, NSI published its “roadmap for the rebuild,” and Bédat hopes the book will evolve policy discussions and recovery within fashion. 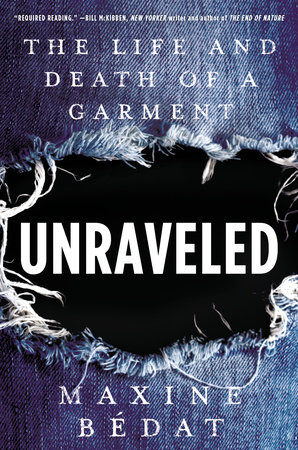 “Unraveled: The Life and Death of a Garment,” makes its way to readers on June 1.

She will join Bluesign’s parent company SGS in the role of global vice president of sustainability solutions, a position that gives her more flexibility.

“The recent travel difficulties that COVID-19 has presented, my desire to work in a location closer to my family and the obstacle of working across many time zones led me to the realization that I must step down from my role as the CEO of Bluesign,” Dumain said in a statement, adding that the role will allow her the opportunity to stay connected to Bluesign while carving new growth.

A former Patagonia veteran, Dumain helped pave the way for Bluesign system adoption externally by pioneering the system during her time at Patagonia. Before joining Bluesign as CEO, she was director of global environmental strategy at Patagonia and held an advisory board position with Bluesign for six years.

Daniel Rufenacht, who has 25 years of experience in corporate sustainability, institutional marketing and public relations, will succeed her as CEO. 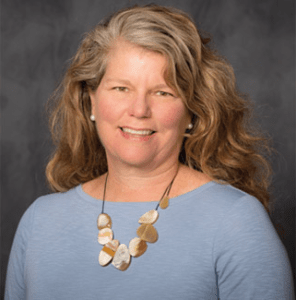 Jill Dumain, formerly of Bluesign and Patagonia, moves into a new role. Courtesy