It’s her life! Katie Thurston knew how to handle drama as a contestant on The Bachelor, but being the lead on The Bachelorette makes things a little more difficult.

Aaron and Cody’s Feud: Everything We Know

Katie began the Monday, June 14, episode with a group date that involved the men proving to her why they were the best lover. Mike struggled with the activity since he is a virgin, but he ultimately won the contest after he wrote a letter to his future wife detailing his decision to save himself for marriage. Karl was upset he didn’t take home the trophy and vowed to get the group date rose. However, Thomas edged him out after he and Katie made out and discussed their unexplainable connection. 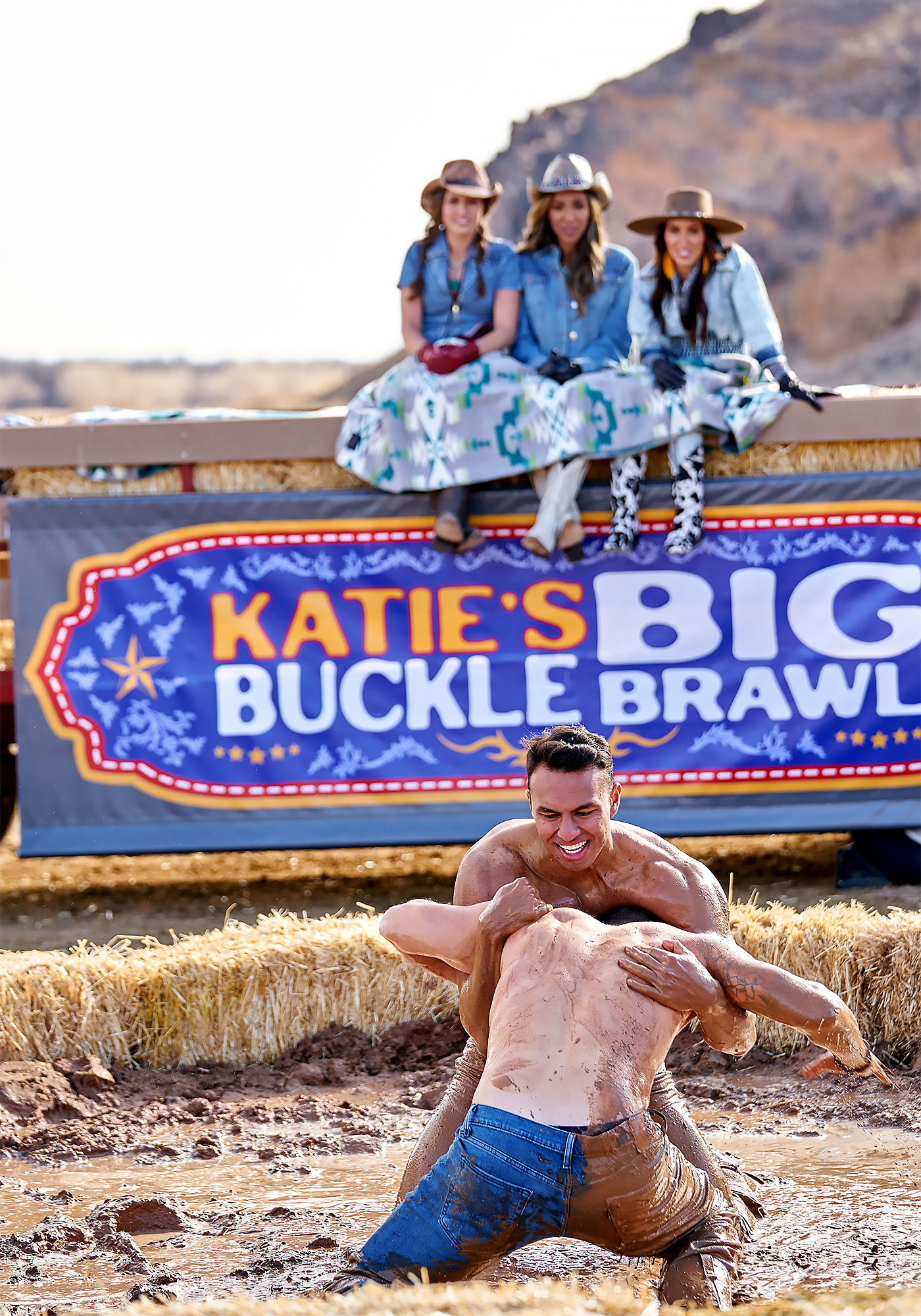 Greg then received the first one-on-one date, during which he and Katie went fishing. She opened up about the significance of being outdoors since she used to go camping with her father, who died in 2012. Greg encouraged her to share her emotions, and she revealed she felt comfortable around him. She also divulged that she wanted to go on the date with someone she believed would go far on the show. Greg later confessed that he lost his father too, and he and Katie bonded over their similar experiences. She gave him a rose and said she felt like she was falling for him.

‘Bachelor’ and ‘Bachelorette’ Virgins Through the Years

After two smooth outings, Katie found herself in the midst of the feud between Aaron and Cody during her second group date. The two men, who mysteriously feuded during the June 7 premiere, were pitted against each other in a mud wrestling match, and Katie could sense the tension between them. Aaron won the competition, giving him alone time with Katie, so she asked about their beef. He told her they knew each other from San Diego and Cody’s past actions led him to believe he was only on the show for fame. He also claimed Cody was malicious.

Katie Teases Ending: ‘Everything Happens for a Reason’

Katie confronted Cody at the afterparty. “I do not know what he’s talking about,” he retorted, adding that he didn’t really know Aaron and suggesting he was exaggerating. “I’m not that way at all. That’s just not factual information.” Katie believed Cody was lying based on his reaction, so she sent him home, telling him she didn’t trust him. Andrew S. then came to check on her, and they bonded over their childhood struggles, so she offered him a rose.

At the cocktail party, Katie requested that her suitors let her know if something was going on in the house. Karl took this as an opportunity to speculate about who could have the wrong intentions and brought his concerns to Katie. When she asked him to give her names or examples, he refused to do so. She then asked all the men through tears to leave if they were not there for her. Karl admitted to his castmates that he told her to stay vigilant, but he still declined to name anyone because he wanted to give the people a chance to come forward. The others — who didn’t know whom he was referring to — scolded him for the manipulative move, and the episode ended without a rose ceremony.

The Bachelorette airs on ABC Mondays at 8 p.m. ET.