The Berejiklian government committed $20 million to the Riverina Conservatorium of Music in Wagga Wagga without a business case or formal assessment, a parliamentary inquiry has heard.

Leading arts bodies representing thousands of artists and performers across the state also criticised the adequacy, integrity, and lack of transparency of the government’s arts funding process. 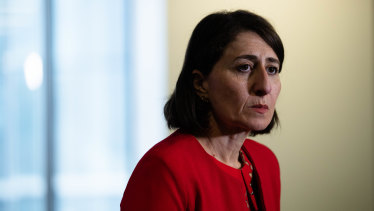 Inadequate funding and unclear decision-making were helping drive artists out of the industry, interstate or overseas, they said. The perception of ministerial influence and lack of feedback to artists also undermined the integrity of the funding system.

The NSW upper house inquiry was called over allegations of grant rorting.

In the lead-up to the 2018 Wagga Wagga by-election, the government committed an extra $20 million – on top of an existing $10 million – to the conservatorium project.

The by-election was required following the exit of Wagga Wagga MP Daryl Maguire, who resigned in disgrace after a corruption inquiry heard he sought commissions from a developer.

Under persistent questioning from Labor MLC John Graham and committee chair, David Shoebridge, public works officials for Regional NSW were unable to identify the paperwork for its funding assessment and took the question on notice.

The majority of grants, officials indicated, went through a formal application and approval process.

Mr Shoebridge said it was significant that more than two years after the by-election the business case was not yet complete.

“This was a commitment of $20 million of public money seemingly without a scrap of paperwork let alone any kind of assessment of its merits,” he said.

Meanwhile, a survey by Theatre Network NSW of its members found fewer than 5 per cent of respondents explicitly trusted the state government funding process, and a mere 1.16 per cent thought funding levels to be adequate.

Theatre Network NSW board member David Clarkson said many members complained of funding criteria that changed at short notice and with little industry consultation. Michelle Silby, from Ausdance NSW, said some members had reported they had not been able to meet with representatives of the government’s arts agency by phone or in person for up to a year.

Penelope Benton, acting chief executive of the National Association for the Visual Arts, said the success rate for arts funding was typically between 15 and 20 per cent, and in some recent rounds had fallen to less than 3 per cent.

Writing NSW lost its multi-year funding last year, only to be told it had won annual funding three weeks before it was due to kick in at the start of 2021, its 30th anniversary year.

The result had been incredibly damaging and unnecessary while increasing the government’s assessment costs, said Jane McCredie, chief executive officer for the literature body.

“If we don’t get our multi-year funding we will be in exactly the same position at the end of the year,” Ms McCredie said.

In 2018, before the boards were formed, the minister controversially intervened to divert arts funding to Sydney Symphony Orchestra at the expense of several recommended applicants. The SSO subsequently returned their $1 million grant.

Occasions when the minister had overridden recommendations only added to the disappointment of those rejected, Ms Benton said.

Such interventions had not been common practice until the last five or six years, she said.

“The fact that this could only be achieved at the expense of the peak body is indicative of the grants process that is both flawed and inconsistent,” she said.

Deputy secretary of community engagement for the Department of Premier and Cabinet, Kate Foy, said the government valued the arts community and apologised for any bureaucratic confusion. She welcomed feedback from arts organisations that would improve funding delivery.