ARSENE WENGER has described how he REJECTED Robin van Persie after the striker attempted an audacious Arsenal return.

Gunners fans were left irate at the Dutchman leaving for Manchester United in 2012. 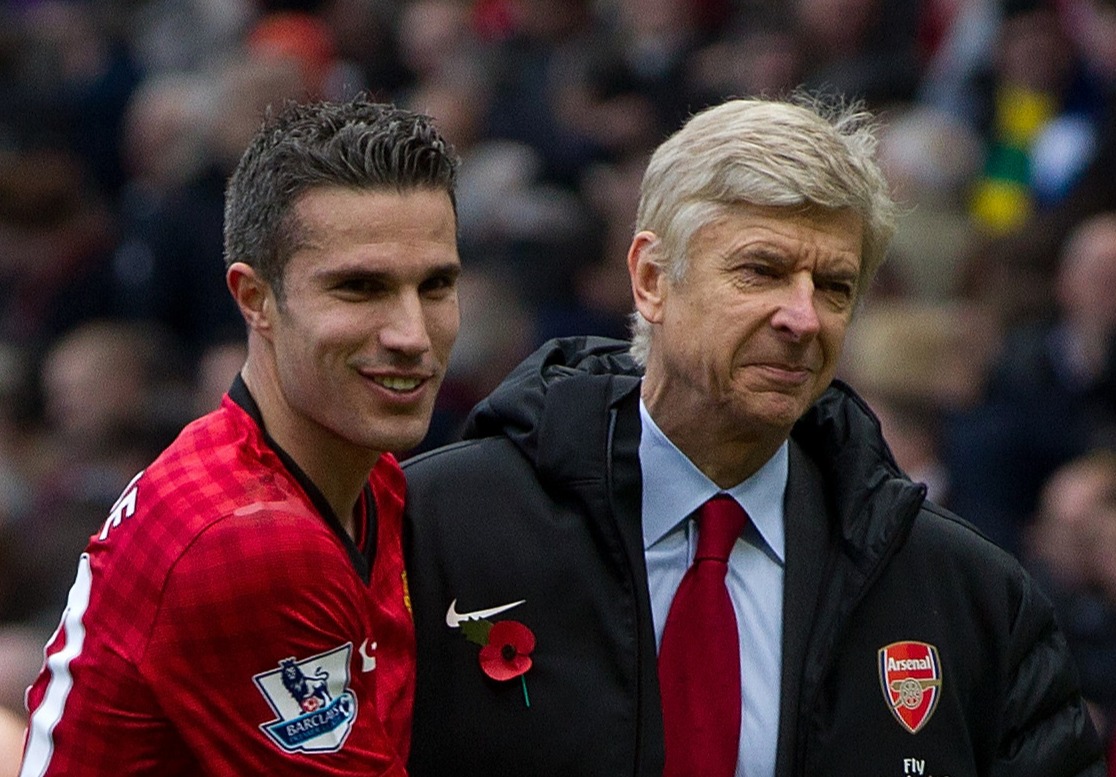 With a year left on his contract, Van Persie forced the switch to Old Trafford, following in the footsteps of stars such as Samir Nasri and Emmanuel Adebayor to leave in search of glory elsewhere.

But having won the Premier League title in Manchester, he soon sought a return, according to Wenger.

In his new autobiography, as quoted by the Mail, the 70-year-old wrote: "In 2012, [van Persie] announced his intention not to extend his contract.

"All the big clubs were courting him. I sold him to Manchester United.

"The supporters were angry with me for this but we could not match the offer. I managed to negotiate his departure for £24million, which was a huge amount at the time for a player with a year left on his contract.

"I had only the interest of the club in mind.

"My relationship with Alex Ferguson and Manchester United had improved by then, but every transfer is a polite game of poker where you attempt to not give anything away.

"Van Persie had a fantastic first six months at Old Trafford: he put the team on track for the Premiership title and made it even more difficult for us.

He called me because he wanted to come back, but it was impossible.

"But after three years of the four that he signed for, he was injured and [Louis van Gaal] sold him to the Turkish club Fenerbahce.

"He called me because he wanted to come back, but it was impossible: he was at the end of his career and we were investing in young players."

And Van Persie, 37, has since given his side of the story and insisted Arsenal were happy for him to leave.

In eight years at the club, he bagged 132 goals including 37 in the season before his exit.

He told BT Sport last year: "You have to take a lot on and make a choice based on what your targets are but also deal with the facts.

"One of the main facts was that Arsenal got tired of me. That was the starting point – they didn't offer me a new deal."

Related posts:
When does Roadkill start on BBC One and what’s it about? – The Sun
Lass dresses up as ‘one night stand’ for Halloween and leaves people in stitches
Popular News
2020 Election, Violence, Kidnapping Plots See Huge Spike in Gun Sales in Michigan
20/10/2020
Man Utd wonderkid Ramon Calliste, called ‘the next Giggs’, now owns luxury watch business and makes £5m a year – The Sun
26/03/2020
Megan Thee Stallion Addresses Criticism Over Twerking: ‘I Love to Shake My A**’
26/03/2020
Police guard shops to stop coronavirus panic-buyers and enforce social distancing – The Sun
26/03/2020
Coronavirus: Good Morning Britain’s Dr Hilary reveals ‘game-changing’ self-testing kit
26/03/2020
Recent Posts
This website uses cookies to improve your user experience and to provide you with advertisements that are relevant to your interests. By continuing to browse the site you are agreeing to our use of cookies.Ok