FOR any Arsenal fans getting slightly carried away with themselves, here was a timely reminder the team is not quite as good as they may think.

Equally, for thosee West Ham supporters in a permanent state of doom and gloom, believing they are already in the middle of a crisis, this was proof that David Moyes’ side is not that bad. 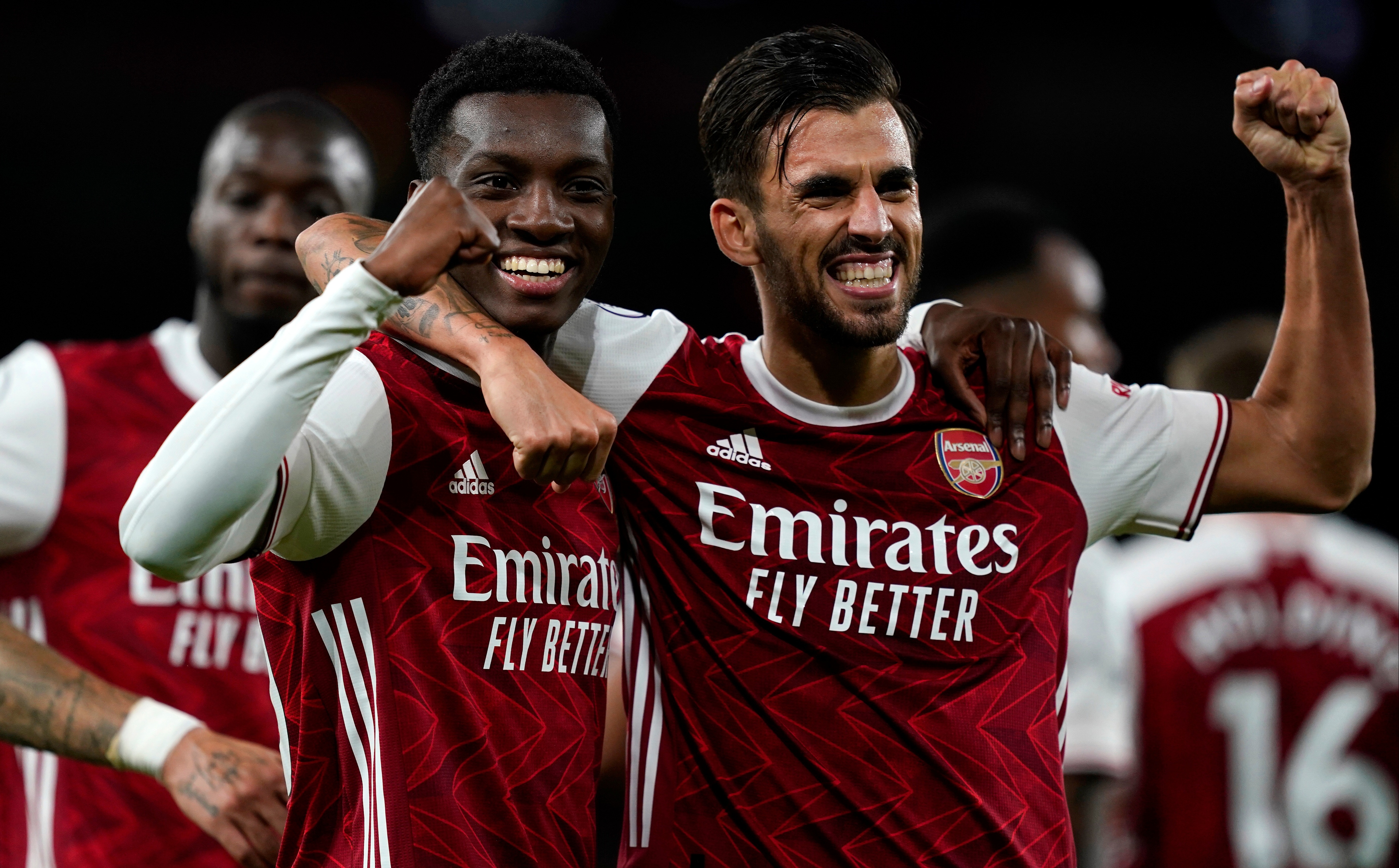 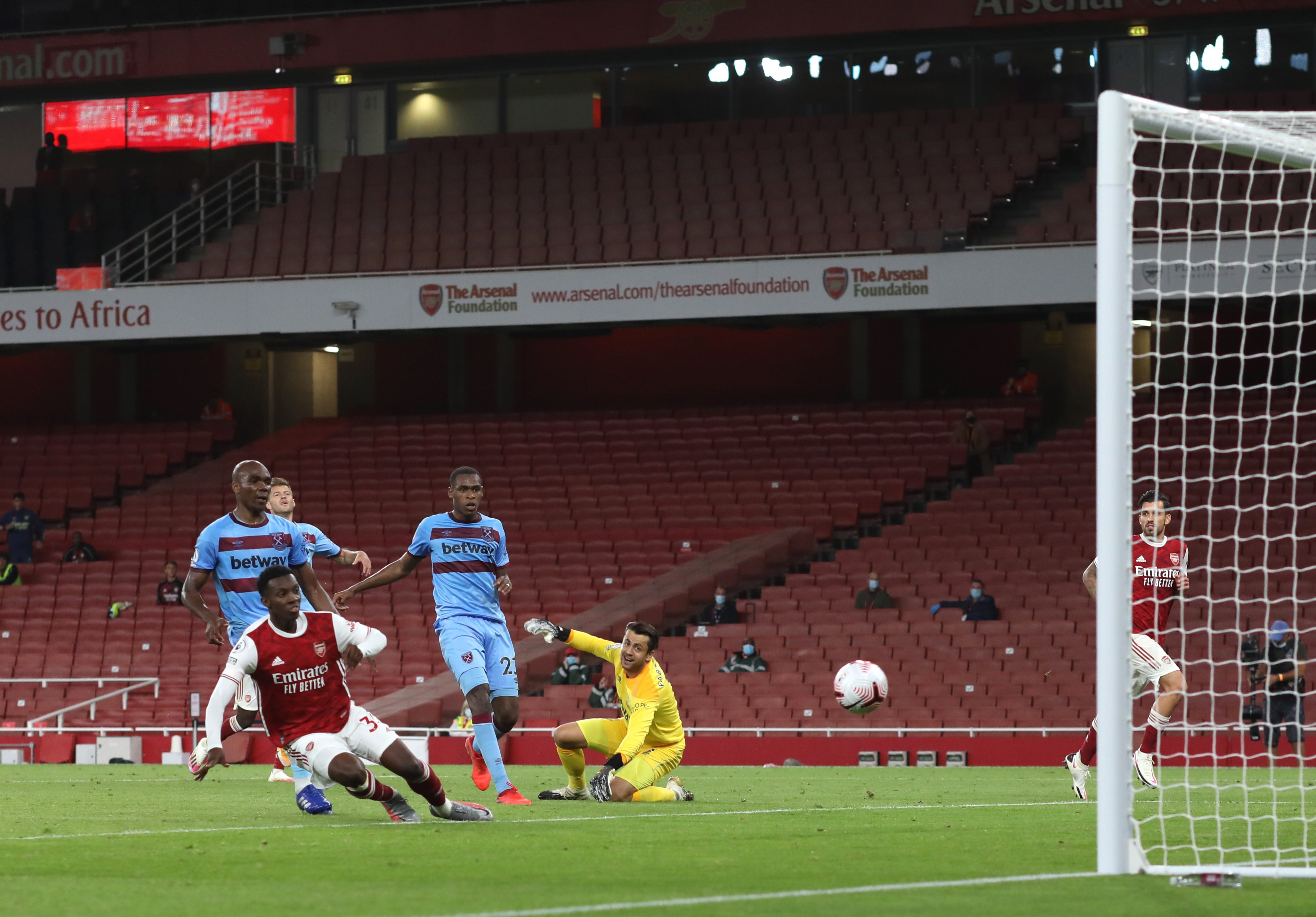 So the fact Arsenal was, frankly, unbelievable.

Highly impressive in their 3-0 opening-day canter at Fulham, Mikel Arteta’s team only got away with it thanks to a late winner from substitute Eddie Nketiah.

And for West Ham, awful in the 2-0 home loss to Newcastle, that strike was incredibly cruel.

They had delivered a strong, lively performance which should have seen them out of sight before Nketiah was handed an easy winner with four minutes left.

Arsenal are certainly on the crest of the wave after their FA Cup triumph over Chelsea, Community Shield win against Liverpool and that 3-0 win at Craven Cottage.

But on this occasion Arteta will just be happy his team had found a way to win following an otherwise poor performance.

There were some worrying cracks at the back, the midfield lacked creativity and Willian turned in a poor performance on his home debut.

He failed to make any impact and it was no surprise he was replaced by Nicolas Pepe just past the hour mark.

In the week Pierre-Emerick Abameyang signed a new deal, the goalscoring was initially left to Alexandre Lacazette.

He became only the fourth Frenchman at Arsenal to reach 50 goals but remains some way behind Robert Pires (84), Olivier Giroud (105) and of course Thierry Henry (228).

Arsenal travel to Leicester in the Carabao Cup on Wednesday followed by a string of nasty-looking games in the Premier League.

Arteta’s men face Liverpool on Monday at Anfield and then play Sheffield United, Manchester City, Leicester and Manchester United and they will have to do much better than this.

West Ham, without skipper Mark Noble due to a toe injury, started pretty well and had a few bright moments going forward. For the first quarter of the game, they were actually the better team. 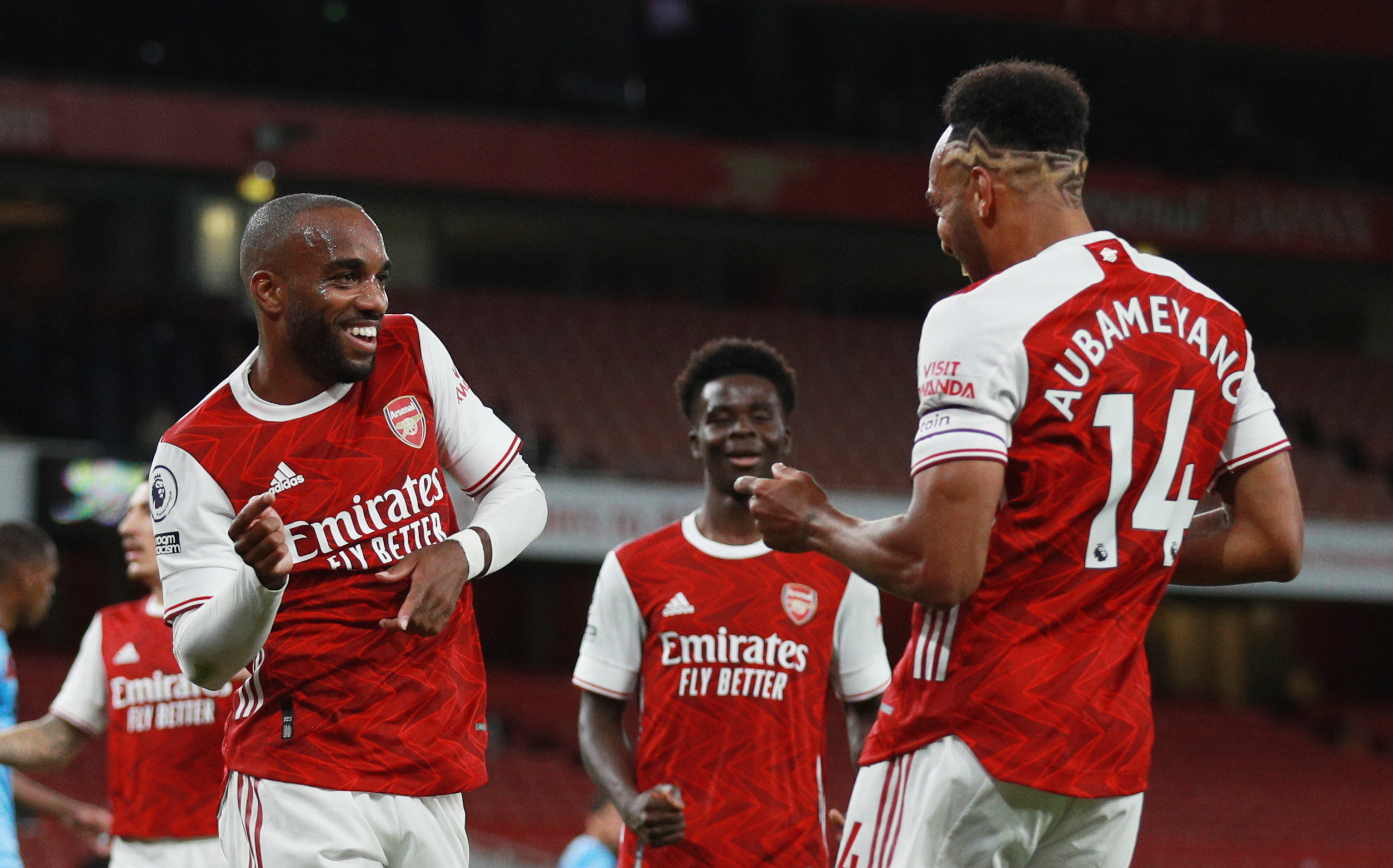 Jarrod Bowen looked lively and he screamed for a penalty after being nudged by Gabriel, but it was neither a foul nor even inside the area.

Yet West Ham should have been awarded a spot-kick when Gabriel handled the ball but somehow, despite VAR being checked, the decision was no penalty.

Without the ball, Moyes’ team were effectively a back five and they had looked extremely comfortable in their own third.

Yet the first time Arsenal got behind the visiting defence, former Gunners keeper Lukasz Fabianski was left to pick the ball out of his own net.

Bukayo Saka deserves real credit because after overcoming a half-hearted challenge from Bowen, he threaded a terrific pass between Issa Diop and right wing-back Ryan Fredericks.

With a first-time cross, Aubameyang lifted the ball into an inviting area for an unmarked Lacazette to attack the ball and deliver an unstoppable header.

There was a short wait for a potential offside for Aubameyang – and it certainly looked a tight decision.

The goal was certainly rough on West Ham, however, and it knocked the stuffing out of them for a good while.

Yet on the stroke of time, they put together a decent move and scored a leveller which they certainly deserved.

You have to also point the finger at Sead Kolasinac, who replaced Kieran Tierney after he suffered an injury in the warm-up.

Kolasinac backed off Bowen and the overlapping Ryan Fredericks crossed for Michail Antonio, who got goal side of Rob Holding to score.

It was Antonio’s first goal since he registered from the penalty spot in a 1-1 draw at Manchester United in the penultimate game of the restart in July. 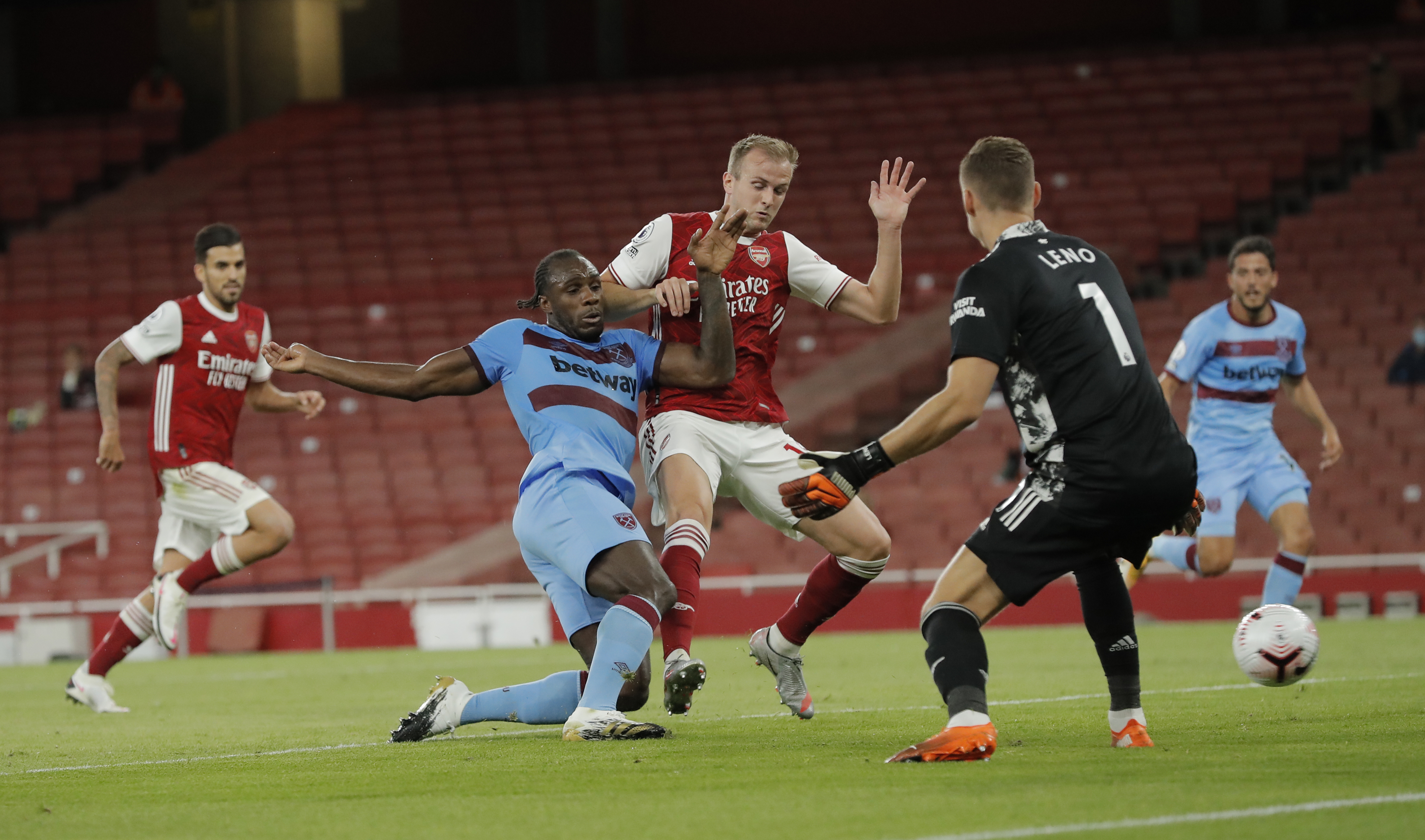 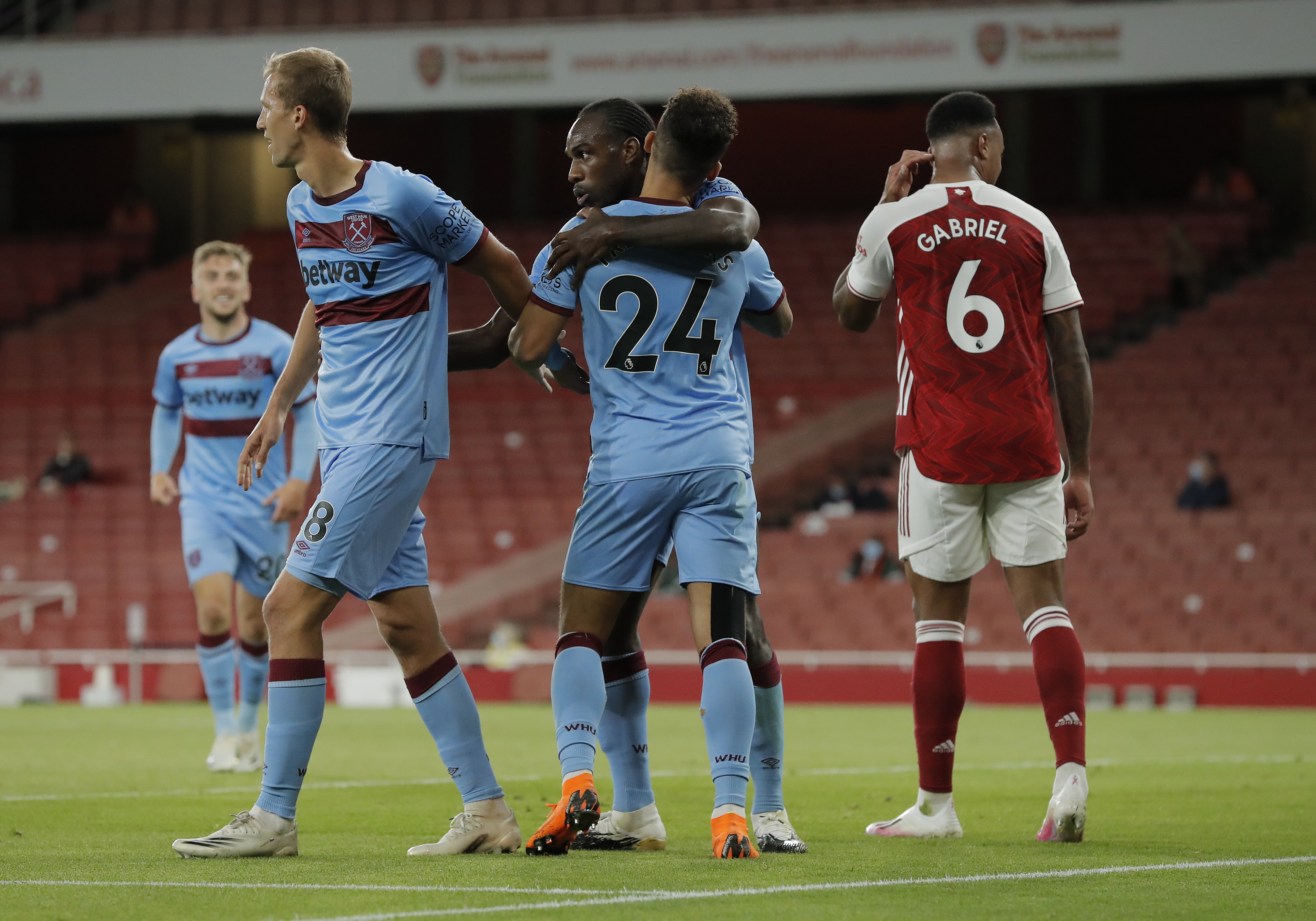 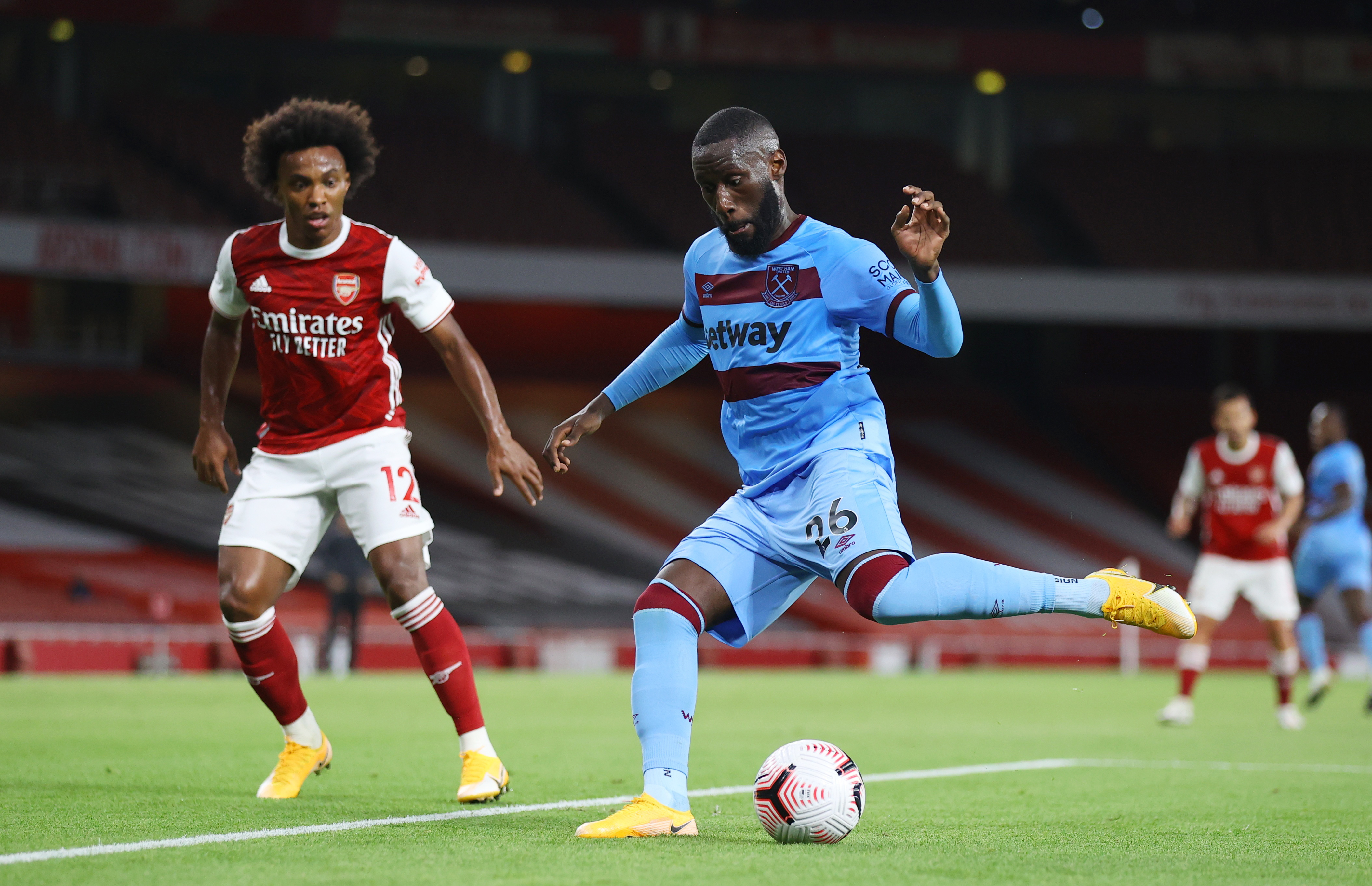 Afterwards, he was full of praise for skipper Noble in letting him take the spot-kick to reach 10 Premier League goals for the first time.

What he failed to mention that reaching double figures also meant a £250,000 bonus, something which was unlikely to have met with celebrations in the boardroom when you consider the financial disaster of the coronavirus.

Antonio knows he should have grabbed a second when he somehow failed to score from close range after an outstanding cross from the left by Arthur Masuaku.

Bowen also wasted a good chance and Antonio powered a header against the crossbar with Kolasinac seemingly unable to jump or make any kind of challenge.

After Willian was put out of his misery, Lacazette was then replaced with 13 minutes left by Eddie Nketiah and it would prove to be inspired. 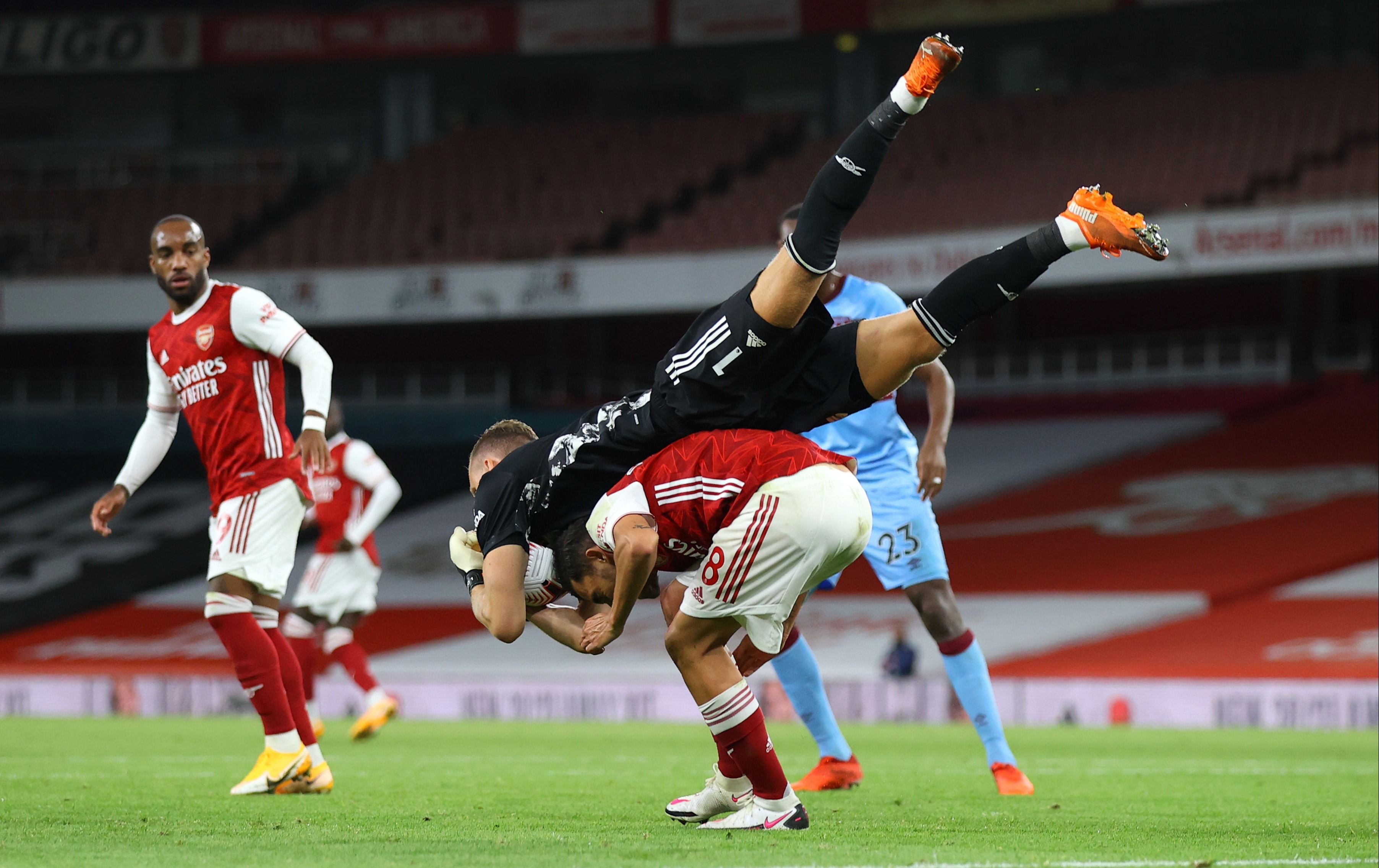 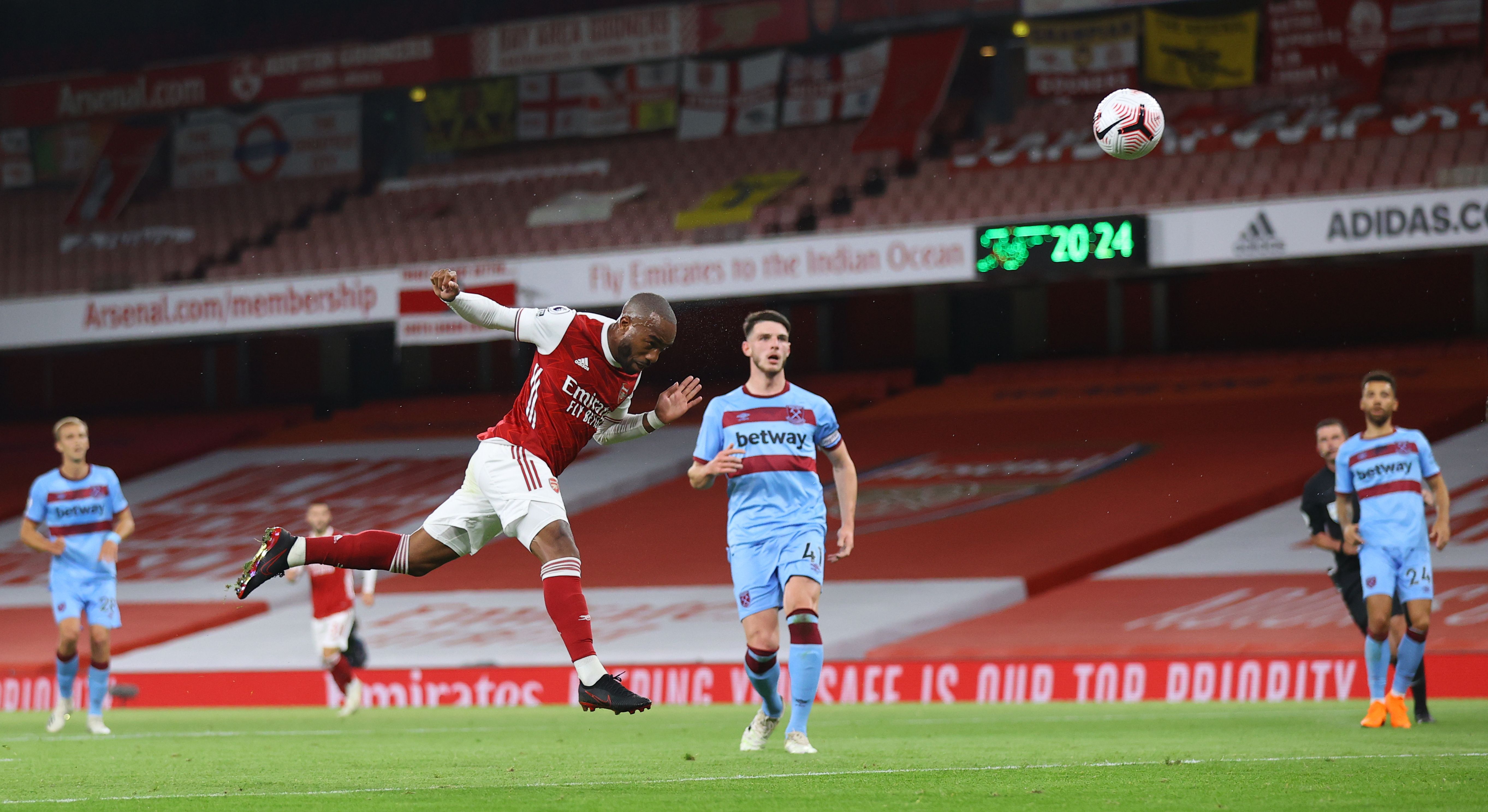 And with five minutes left, Nketiah was the match-winner.

A second win for Arsenal, a second loss for West Ham. But this was daylight robbery.

Related posts:
Is Boris about to make Charles Moore the new BBC chairman?
ESPN’s Maria Taylor fires back at Doug Gottlieb over Anthony Davis ‘mistake’
Popular News
Dominic Calvert-Lewin cost Everton less than £1.5m transfer fee from Sheff United in 2016… and now worth 80 TIMES that
22/10/2020
Man Utd wonderkid Ramon Calliste, called ‘the next Giggs’, now owns luxury watch business and makes £5m a year – The Sun
26/03/2020
Megan Thee Stallion Addresses Criticism Over Twerking: ‘I Love to Shake My A**’
26/03/2020
Police guard shops to stop coronavirus panic-buyers and enforce social distancing – The Sun
26/03/2020
Coronavirus: Good Morning Britain’s Dr Hilary reveals ‘game-changing’ self-testing kit
26/03/2020
Recent Posts
This website uses cookies to improve your user experience and to provide you with advertisements that are relevant to your interests. By continuing to browse the site you are agreeing to our use of cookies.Ok