The ancient rock art was found at the Amak’hee 4 rock shelter site in the Dodoma area of central Tanzania’s Swaga Swaga Game Reserve. The majority of the motifs were formed using a reddish dye, while there are also five white images.

The Amak’hee 4 paintings include depictions of humans, domesticated cattle, and giraffes.

The Sandawe still practice the simbó ritual, the main element of which is entering trance states

And Dr Maciej Grzelczyk, of Jagiellonian University’s Institute for the Study of Religions, believes the art’s elision of human and animal characteristics may relate to rituals.

He wrote in his paper published in journal Antiquity: “Most are in good condition, mainly due to a rock overhang that protects them from flowing water and exposure to excessive sunlight.

“Particularly noteworthy among the Amak’hee 4 paintings is a scene that centres around three images.

“In this trio, the figures seem to feature stylised buffalo heads. 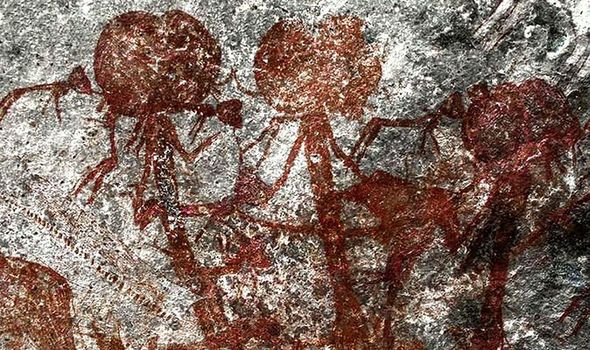 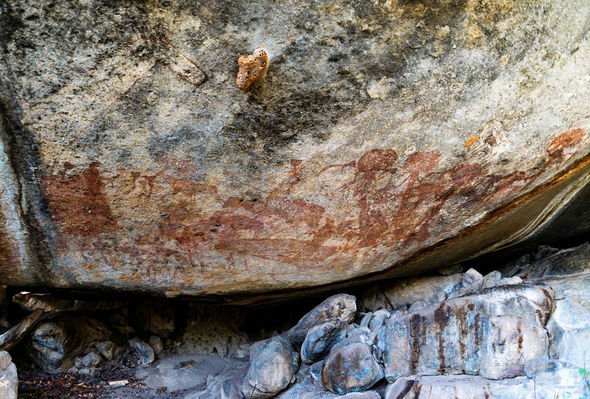 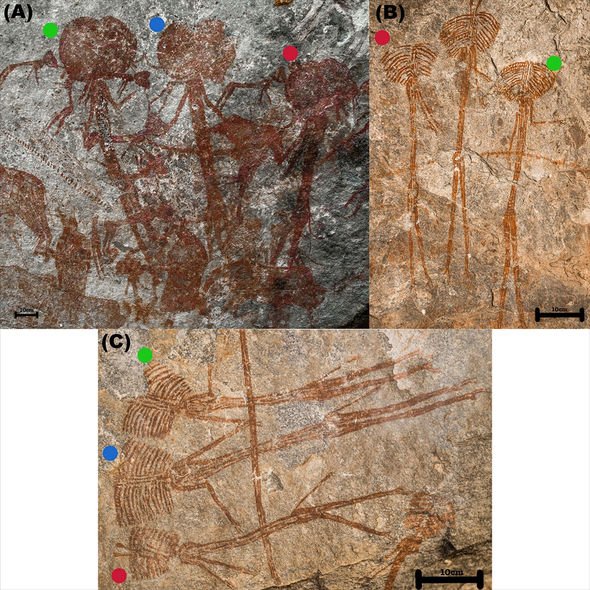 “These shapes recall the central dip in the profile of the buffalo head from where the two horns rise and then curve outward away from the head, as well as the downturned ears.”

“Even though in the present religion of the Sandawe people — who are descendants of those who created the paintings — we find no elements of anthropomorphisation of buffaloes, nor belief in the possibility of transformation of people into these animals, there are some ritual aspects that offer parallels.

“The Sandawe still practice the simbó ritual, the main element of which is entering trance states.”

Following extensive analysis of the paintings,archaeologists estimate the rock art were likely made several hundred years ago. 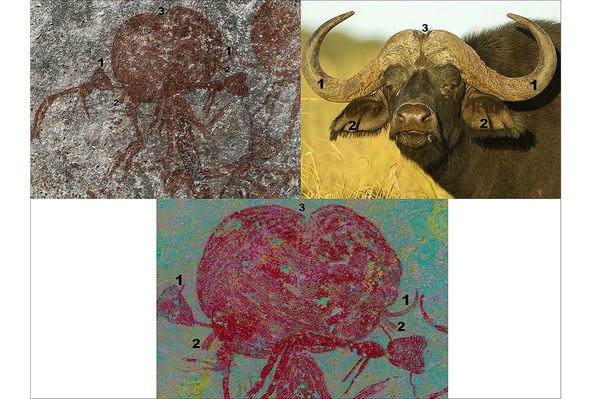 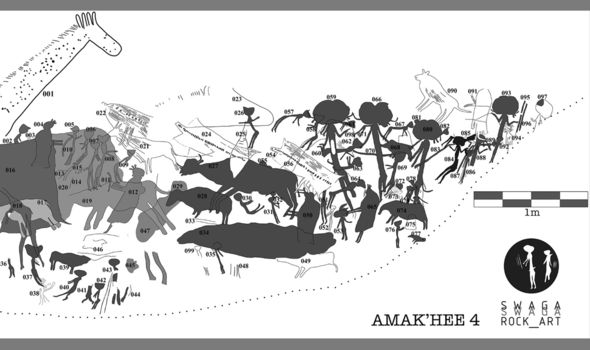 However, Dr Grzelczyk admitted this was only a best guess, due to environmental depreciation.

He said: “As there is currently no absolute dating of rock art from central Tanzania, it is difficult to specify the approximate age of the Amak’hee 4 paintings.

“Due to degradation of the dye and a lack of, for example, motifs depicting domesticated cattle, it can, however, be assumed that they belong to the hunter-gatherer period, so they are at least several hundred years old.”

DON’T MISS…
Bible verses about coronavirus: What does the Bible say about COVID19? [ANALYSIS]
Bible expert exposes ‘evidence’ 10 Plagues ‘were aimed at Egypt’s gods [INSIGHT]
When will the Rapture happen? What does Bible say? [INTERVIEW]

The archaeologist said: “The paintings at the Amak’hee 4 rock shelter provide one example of the many rock art sites in the Swaga Swaga area that are locally known but unpublished.

“Further fieldwork surveys in this area will be carried out to add to the growing body of published data recording rock art sites in this region.”

The announcement follows recent research indicating similarly-dated rock art found in a Californian cave may have been influenced by hallucinogens.

The site of the discovery is the roughly 500 year-old Pinwheel Cave, located approximately 50 miles northeast of Santa Barbara.

The cave derived its name from a giant red, pinwheel-shaped drawing on its ceiling, leading some archaeologists to suggest it represents a genus of the psychoactive datura flower. 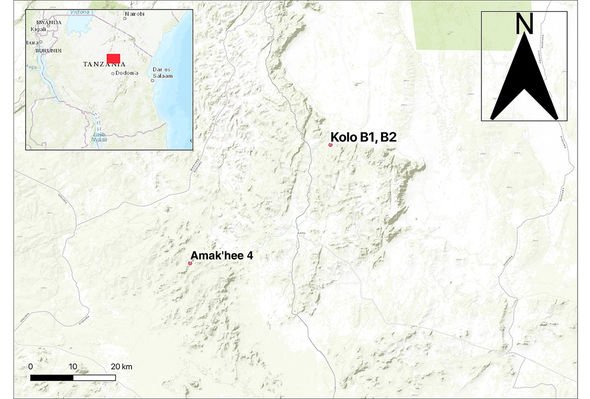 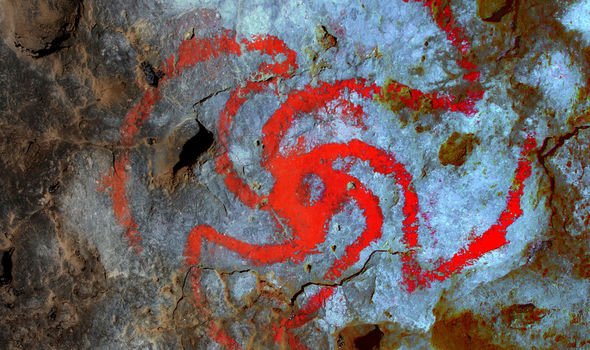 This plant famously contains the alkaloids scopolamine and atropine, which are considered an entheogen – a psychoactive compound used in a spiritual rituals.

Sandra Hernandez, a Tejon tribal member who helped coordinate research for the new paper, agrees with the interpretation the art represents the datura flower.

She said: “I kind of marvelled at the shapes that they captured in the rock art compared to the actual flower unfurling.”