ANTONIO CONTE has REFUSED to commit his future to Tottenham despite guiding them into the Champions League.

Conte, 52, took over at Spurs from the axed Nuno Espirito Santo in November. 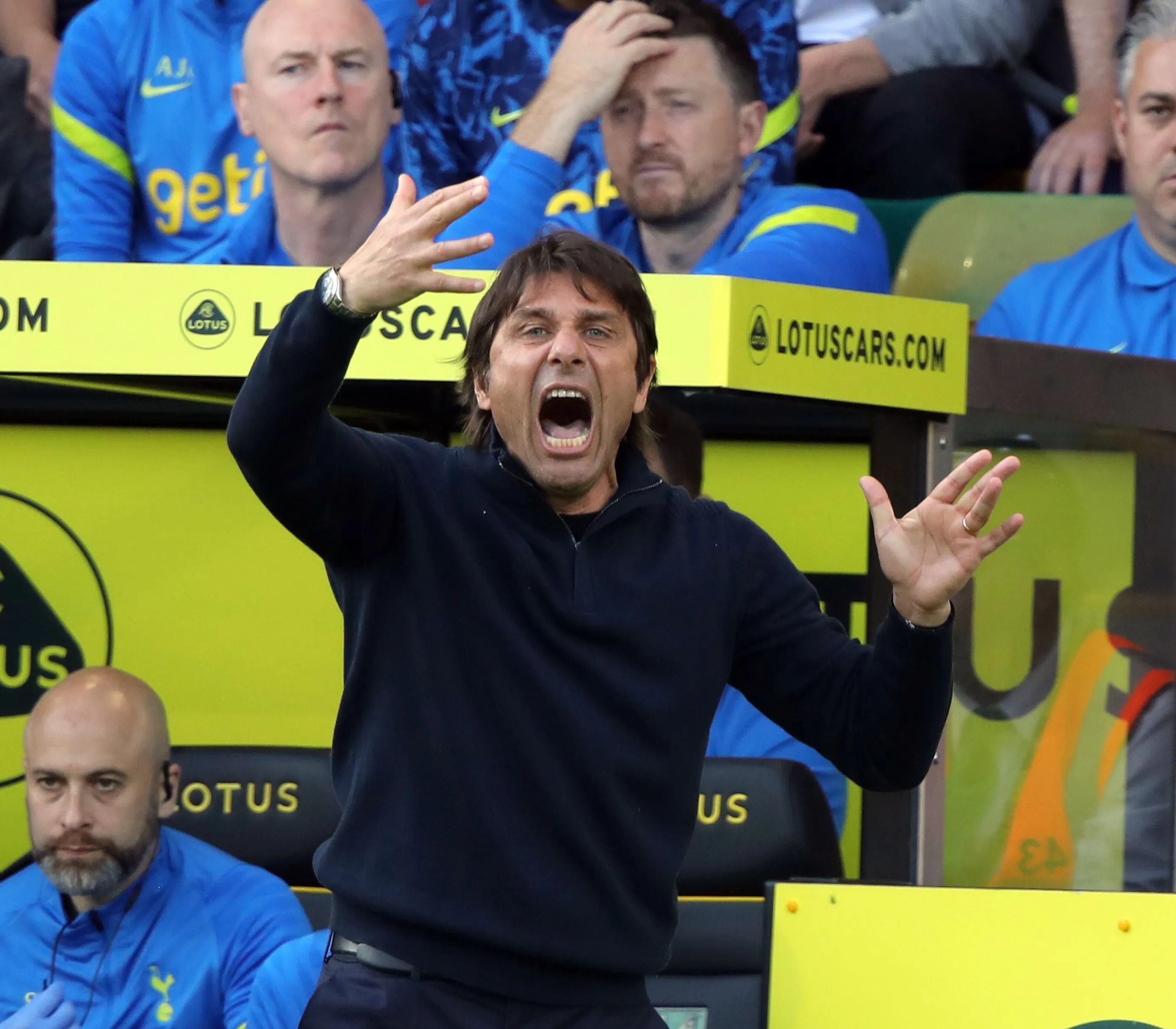 And the Italian weaved his magic to ensure Spurs will rub shoulders with Europe's best next season at the expense of rivals Arsenal who they beat to the fourth spot in the Premier League.

Spurs were in rampant form as they romped to a 5-0 win over Norwich on the final day of the season.

However, Conte might not stick around to bear the fruits of his labour in the forthcoming campaign.

Before the dust settled on Spurs' achievement, Conte admitted that he's set for showdown talks with the club's hierarchy over his future. 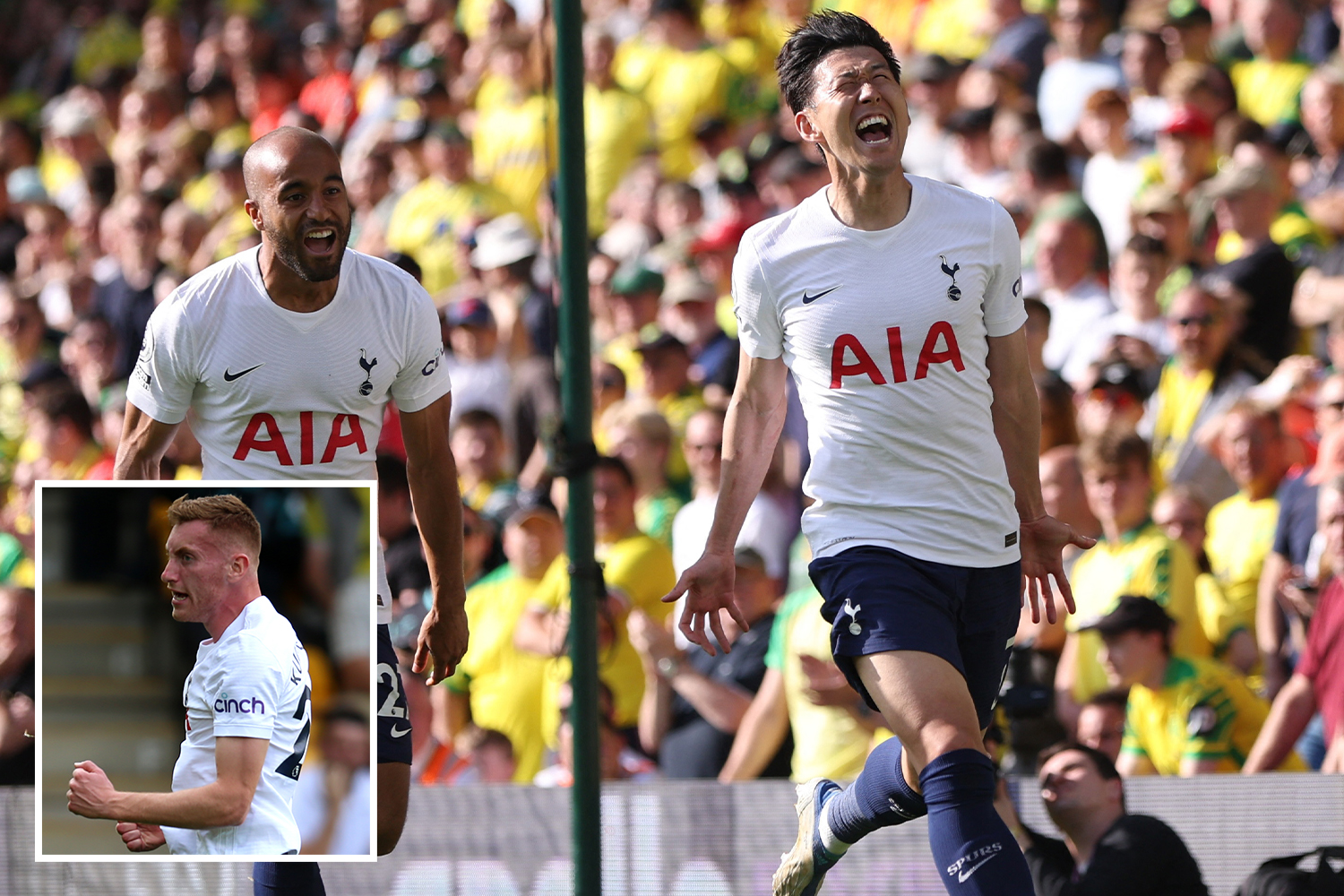 Get Liverpool at 30/1, or Real Madrid at 40/1 to win the Champions League title

The ambitious Italian revealed his hunger for silverware could see him walk away from White Hart Lane while speaking to Football.London.

He said when asked about his future: "I'm under contract until next summer. I signed for one year and seven months. I enjoyed a lot my time at Tottenham because, I repeat, for me it was a big challenge.

"To come in during the season, for a coach like me, is not easy. It was a big challenge in a modern club with a fantastic stadium and training ground.

"I knew the situation I could find, to give me the opportunity to work in the way that I want, on the one hand.

All the reaction as Man City WIN title, Burnley go down and Spurs land CL spot

BACK FROM THE RED

"On the other hand, I have ambition, I like to fight for something important, to lift trophies. For me this is a trophy and I'm very happy.

"Then we'll see. I always said at the end of the season we'll speak to the club and find the best solution for me and the club."

But Conte won't be making a rash decision over his future, and will mull over things in the week before speaking with Spurs' top brass.

For now, the ex-Chelsea boss wants to enjoy his triumph along with the Tottenham players.

He added: "Now I think for me, the club and the players it's good to have three, four, five days of rest and then the mind will be very clear.

"Then you can consider the whole season. I think you have to be very calm before talking. Now there's a lot of emotions in mind, my heart, for me, for the club and for everybody.

"For this reason, it'll be very good to rest for four or five days and then have a good meeting with the club to find the best possible solution."

It's not the first time that Conte has hinted he may leave Spurs this season.

He also cast doubt on his future in February after Tottenham lost to Burnley.

But there's hope for Spurs fans that Conte could remain at White Hart Lane after he declared the club's Champions League qualification was a "great opportunity."

"It was not easy because in England the league is very difficult. There are many top teams. To get a place in the Champions League means we did something excellent.

"I was very clear with my players and the media. I said now I feel we are ready and can fight until the end. It was the perfect moment. The players know very well our schedule."

Paris Saint-Germain is one destination Conte's been linked with this summer.

The French giants have drawn up a three-man shortlist of names who could replace Pochettino, reports claim.

Which is why Spurs have to hand Conte the funds he needs to ensure the former Juventus manager remains in North London, football pundit Jamie Redknapp insisted.