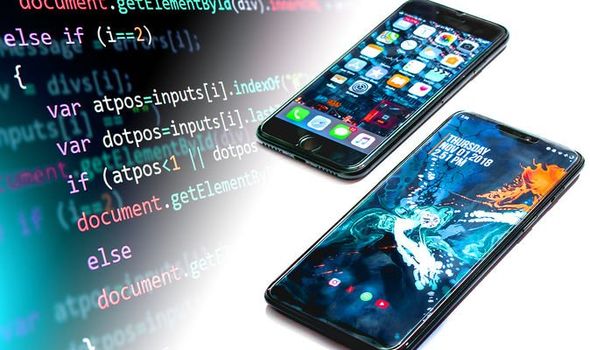 When it comes to sharing your data, not all phones are created equally. At least, that’s the conclusion of a new report that looked into how much data was being beamed back to the parent company by the two most popular mobile operating systems on the planet – Android, designed and owned by Google, and iOS, which is operated by Apple.

Researcher Douglas Leith from Trinity College Dublin compared iOS and Android side-by-side for the report. It’s important to note that both operating systems are continuously beaming data back to their respective motherships, from your current location, phone number, the apps you’re loading up, and the local mobile network details.

Configuring your privacy settings doesn’t curtail a huge amount of this data collection either, Leith reported. Everything from inserting a SIM card or scrolling through the settings screen is recorded and reported back to Google or Apple. Even when the screen is off and the phone is quietly charging on your nightstand… Android and iPhone connect to a back-end server to report findings every four and a half minutes on average.

And it’s not only the core operating system that is responsible for cataloguing and reporting all of these data-points. Preinstalled apps were found to connect to the internet – even when they haven’t been opened or used. iOS automatically sends data to Apple from Siri, Safari, and iCloud. Meanwhile, Android collects data from Google Chrome, YouTube, Google Docs, Safetyhub, Google Messenger, the device clock, and even the Google search bar.

So, it’s clear from Douglas Leith’s report that both operating systems collect a truckload of data. This can be used for everything from monitoring for problems with the operating systems, working out which features are being used to prioritise future updates, and, of course, to learn about smartphone owners to tailor advertisements.

However, that’s not to say Android and Apple are equal. While both companies are continuously collecting data, what sets them apart is the sheer amount of data that’s collected. At start-up, Leith claims that Android will send 1MB (1,000KB) of data back to Google straight out of the gate. In comparison, iOS sends 42KB to Apple.

When not in-use, Android will send around 1MB of data to Google every 12 hours or so. In the same period, Apple will receive 52KB from idle iPhones in the same timeframe.

According to the report, Google collects a total of 1.3TB of data from Android users in the United States every 12 hours. During the same period, iOS collectively gathers about 5.8GB across the United States.

For the report, Leith used a Google Pixel 2 running Android 10 and an iPhone 8 with iOS 13.6.1 installed. Neither of these are running the latest version of their respective operating systems. The Pixel had Google Play services enabled, and the iPhone had been jailbroken.

According to the researcher, the data collection from the two biggest mobile operating systems is something to be concerned about because of how much personal information is stored on these gadgets. At this point, there’s probably more personal data found on your phone than your wallet. Data is readily linked to your real name, email address, credit and debit cards, and possibly other gadgets that you also own.

What’s more, the constant connections to Google and Apple servers reveals the IP address of the device and that, by extension, confirms an approximate location.

“Currently there are few, if any, realistic options for preventing this data sharing,” Leith wrote.

ArsTechnica was first to publish the findings from Douglas Leith. Commenting on the ArsTechnica article, Apple iterated that it provides transparency and control for any personal information it collects. Apple always informs users about any location-based data collection, it added. It also said not everything in Douglas Leith’s report was accurate.

Google also disputed some of the findings. A spokesperson for the Californian company stated: “We identified flaws in the researcher’s methodology for measuring data volume and disagree with the paper’s claims that an Android device shares 20 times more data than an iPhone. According to our research, these findings are off by an order of magnitude, and we shared our methodology concerns with the researcher before publication.

“This research largely outlines how smartphones work. Modern cars regularly send basic data about vehicle components, their safety status and service schedules to car manufacturers, and mobile phones work in very similar ways. This report details those communications, which help ensure that iOS or Android software is up to date, services are working as intended, and that the phone is secure and running efficiently.”