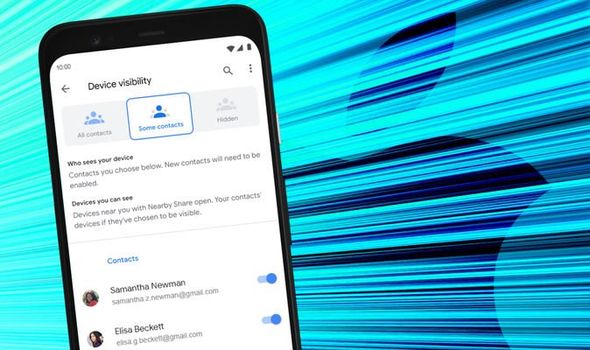 If you’ve owned an iPhone, iPad or Mac at the same time, chances are, you’ll be familiar with AirDrop. This clever wireless system lets you ping photos, videos, documents, webpages, contact details and more between Apple devices. You can also beam them between friends and family using the same system. It’s something that Google has never quite managed to match… until now.

The catchily-titled Nearby Share is a true competitor to AirDrop which lets Android smartphone and tablet owners quickly share files between devices. At the moment, it only works on select Google Pixel and Samsung devices, but Google says it’s hard at work “with our partners to bring Nearby Share to more smartphones in the Android ecosystem over the next few weeks.”

Just like AirDrop, triggering Nearby Share will use a mix of protocols to send and receive files at the best possible speeds – so you’re not forced to wait for hours to send a sizeable slow-motion video you’ve just shot, or an album of high-resolution images taken on your Pixel.

As the name suggests, Nearby Share will present smartphone owners with a list of devices close enough to wirelessly send or receive files. Once you pick your intended recipient, they will get an alert to either accept or decline the file(s). In the background, Nearby Share will then work out what protocol works best to wirelessly transfer the files. It will use either Bluetooth, Bluetooth Low Energy, WebRTC or peer-to-peer Wi-Fi, depending what’s available in the hardware you’re using to send the files.

Since peer-to-peer Wi-Fi is one of the options, you’ll be able to transfer files even when you’re offline, which is handy when sending photos on holiday – without wanting to stray from AirPlane Mode and risk a hefty roaming bill from your mobile carrier.

One of the concerns around AirDrop and similar systems in the past has been the ability to ping strangers with unsolicited photos or messages. Indeed, there was a spate of travellers on the London Underground being “cyber-flashed” using AirDrop earlier this year.

Google has added more granular privacy protections than Apple’s AirDrop. By default, you’ll be able to stay “Hidden” from everyone around you who has access to the Nearby Share feature on their handset, visible only to “Some Contacts” or to “All Contacts”. Google does allow you to share files anonymously if you want to – saving you the need for exchange identifying contact information, something that Apple doesn’t allow with its system.

By comparison, Apple lets you switch off AirDrop, appear to “Contacts Only” or “Everyone”. There’s no provision for those who want to name a select handful of contacts who can send files wirelessly.

Google has already confirmed that Nearby Share will work with Chromebooks in the coming months. This will enable easy transfers between your laptop and smartphone – handy if you need to quickly sign a document with your smartphone screen, before handing it back to your laptop, for example.

Nearby Share replaces Android Beam feature, which was retired by Google and only used NFC to send files – which ruled out a vast number of Chromebooks from leveraging the system. To access Nearby Sharing, just launch the Sharing menu from any app and (provided your smartphone is compatible with the new feature) you’ll find a prominent option for Nearby Share right below the thumbnail, so there’s no need to scroll through the list of apps to find it.

It’s taken a while, but finally, Android and Chrome OS devices have a true rival to one of the best features in Apple’s arsenal.