The collapse of Australia’s live music industry, which is operating at less than four per cent of pre-COVID levels, has led artists and music workers to call on the federal government for an extension of the JobKeeper subsidy.

Artists such as Bernard Fanning, Missy Higgins, Midnight Oil, Sarah Blasko, Holy Holy, and Jenny Morris, the chair of the Australasian Performing Rights Association (APRA), are among more than 3500 industry names who have signed an open letter asking for urgent support, with lockdowns, border closures and audience restrictions continuing to devastate the live music industry. 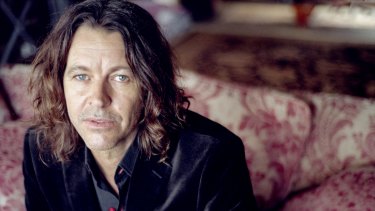 Bernard Fanning is one of more than 3500 music industry names to sign an open letter calling on the federal government for help.

The letter calls for an industry-specific wage subsidy in the event JobKeeper is not extended and was emailed on Wednesday to Prime Minister Scott Morrison, Treasurer Josh Frydenberg and Arts Minister Paul Fletcher.

“Each time there is another COVID-19 cluster or a quarantine breach, any plans to trade again are halted,” the letter reads. “Musicians, sole traders, venues, clubs, festivals, music businesses and the industry remain out of work.

“Billions of dollars for hospitality and tourism generated from Australian music remains stifled. We are an industry in crisis.”

Startling new figures released today by peak bodies APRA and AMCOS (Australasian Mechanical Copyright Owners Society) reveal Australian live music is operating at less than four per cent compared to this time last year, and there has not been a single national tour by any Australian artist since March.

Nightclubs remain closed, live music venues that are open are operating at an average of 30 per cent capacity and any music festivals being staged can only go ahead with significantly reduced capacity.

“Extending JobKeeper, or providing an industry-specific wage subsidy package, will keep the show on the road,” the letter states. “This doesn’t just make cultural sense, it makes economic sense. The arts and entertainment sector contributes around $15 billion per year in GDP, employing close to 200,000 highly-skilled Australians.” 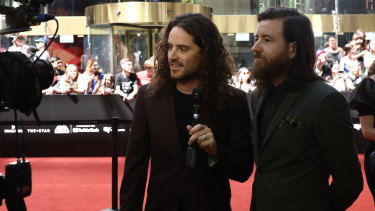 “Not only did we lose up to $100,000 with the loss of those shows… we had to cancel work for all our crew and suppliers, the sound guys, tour managers, lighting techs, monitors and all the companies we hire our backline and lighting from,” she said. “Not only that, we are looking at the very real possibility that we won’t be able to do our Queensland shows next week because I can’t get Oscar [Dawson], our guitarist from Melbourne, into Queensland.

“There are tens of thousands of us who completely rely on live show income to earn a living.”

Others who signed the letter, including Courtney Barnett, Archie Roach, The Presets, Paul Kelly, The Avalanches, Peter Noble from Bluesfest, and organisers of Laneway Festival, say it is impossible for the music industry and live entertainment sector to “properly restart” in the face of ongoing restrictions and future lockdowns.

“A restart can’t happen while borders remain closed and audience capacity limits are in place,” the letter read.

“We can’t afford to lose the skills and businesses of our industry. The result for Australian music and live entertainment would be catastrophic.”

The latest plea for financial help follows an open letter signed by more than 1000 musicians, workers and industry representatives last June; the $250 million JobMaker plan, consisting of new grants and loan programs to help restart the creative economy and targeting the entertainment, arts and screen sectors, was part of the government’s response.

An RMIT University study, shared this week, found 58 per cent of respondents were considering leaving Victoria’s music scene, largely due to the impact of COVID-19 on their income streams.

The government’s JobKeeper scheme is due to end on March 28 after it was extended from the original end date of September 28, 2020.

The music industry’s open letter to the government

The music and live entertainment industry will be the last to be able to recover from the COVID-19 pandemic. We call on the Australian Government to extend JobKeeper, or provide an industry specific wage subsidy, to be continued beyond March for those who work in music and live events.

We applaud the work of local, state and federal authorities, as well as the community and acknowledge the situation in Australia is much different to most nations around the world. But Australia remains in a cycle of lockdowns and border closures to keep on top of the insidious COVID-19 pandemic.

Each time there is another COVID-19 cluster or a quarantine breach, any plans to trade again are halted. Musicians, sole traders, venues, clubs, festivals, music businesses and the industry remain out of work. Billions of dollars for hospitality and tourism generated from Australian music remains stifled. We are an industry in crisis.

At present, live music alone is operating at under 4 per cent of pre-COVID levels as a result of continual border closures and social distancing regulations. Since March last year there has not been a single national tour undertaken by an Australian artist and there has not been a single festival run at full capacity. The music and live entertainment industry remains in lockdown.

The ability for musicians to generate meaningful income was shut down overnight in March last year. Every live music venue and festival in a city, town centre or regional area is part of an intricate network that supports our industry. Sitting behind these venues and events is an army of musicians, DJs, managers, agents, promoters, crew, technicians, music teachers and many other industry professionals.

It’s all completely understandable. But for music and live entertainment the last twelve months has devastated our industry. Bureau of Statistics data shows that arts and entertainment related industries have seen some of the largest pandemic business shutdowns.

We acknowledge the Australian Government’s response package for arts and entertainment announced last year – $10 million in critical funding to Support Act for crisis relief and mental health & wellbeing support and $250 million in grants and loans to stimulate the restart of the arts and entertainment sector. But a restart can’t happen while borders remain closed and audience capacity limits are in place.

Looming at the end of March is the end of the JobKeeper program, the single most important policy intervention by the government. It has provided some certainty and helped keep a large number of individuals, sole-traders and businesses in the music and live entertainment industry alive so they are ready to restart.

As Prime Minister Scott Morrison said last year: “[It] has been important for us to really get a full appreciation of the serious business of entertainment and the hundreds of thousands of jobs that are here and we want to keep that capability together. Those jobs will come back into those businesses when the show starts again and we need to keep them, we need to keep the show together when it comes to the people who make that up.”

Extending JobKeeper, or providing an industry specific wage subsidy package, will keep the show on the road. This doesn’t just make cultural sense, it makes economic sense. The arts and entertainment sector contributes around $15 billion per year in GDP, employing close to 200,000 highly-skilled Australians. Australia Institute research has found that for every million dollars in turnover, arts and entertainment produce 9 jobs while the construction industry only produces around 1 job.

We can’t afford to lose the skills and businesses of our industry. The result for Australian music and live entertainment would be catastrophic.