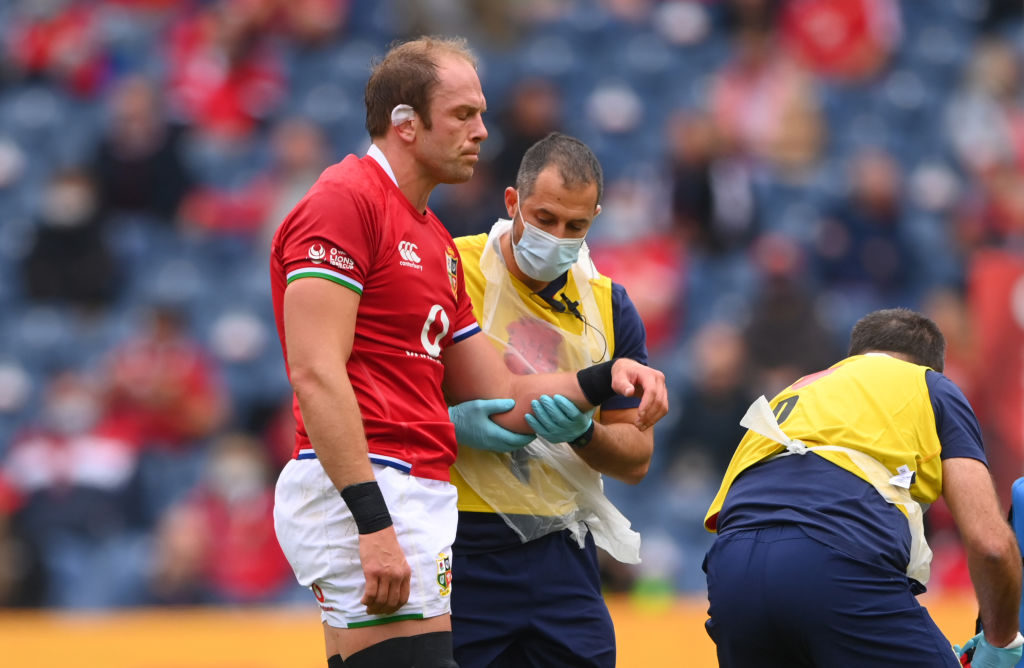 Alun Wyn Jones has been ruled out of the British and Irish Lions tour to South Africa after suffering a dislocated shoulder in the 28-10 victory over Japan.

Skipper Jones suffered the injury while being cleared out of a ruck and was escorted from the pitch by medics.

Jones left the field after seven minutes in the four-try win against Japan following a hit by Japan’s James Moore.

The 35-year-old was set for his first Lions captaincy having featured in the last nine Tests the side has played.

Head coach Warren Gatland will now have to name a replacement and new captain.

‘His shoulder dislocated. We’re getting it scanned but it’s looking like we’ll have to replace him,’ Gatland said.

‘It’s very disappointing. He’s been around rugby long enough but he’ll be gutted. We need to call someone in, get them PCR tested and hopefully get them on the flight tomorrow.’

His disconsolate look as he exited down the players’ tunnel suggesting his suspected shoulder issue was also significant.

For more stories like this, check our sport page