And the six-time champion trainer has announced a surprise move for Champ – with the fellow stable superstar dropping down to just two miles at Newbury next Sunday. 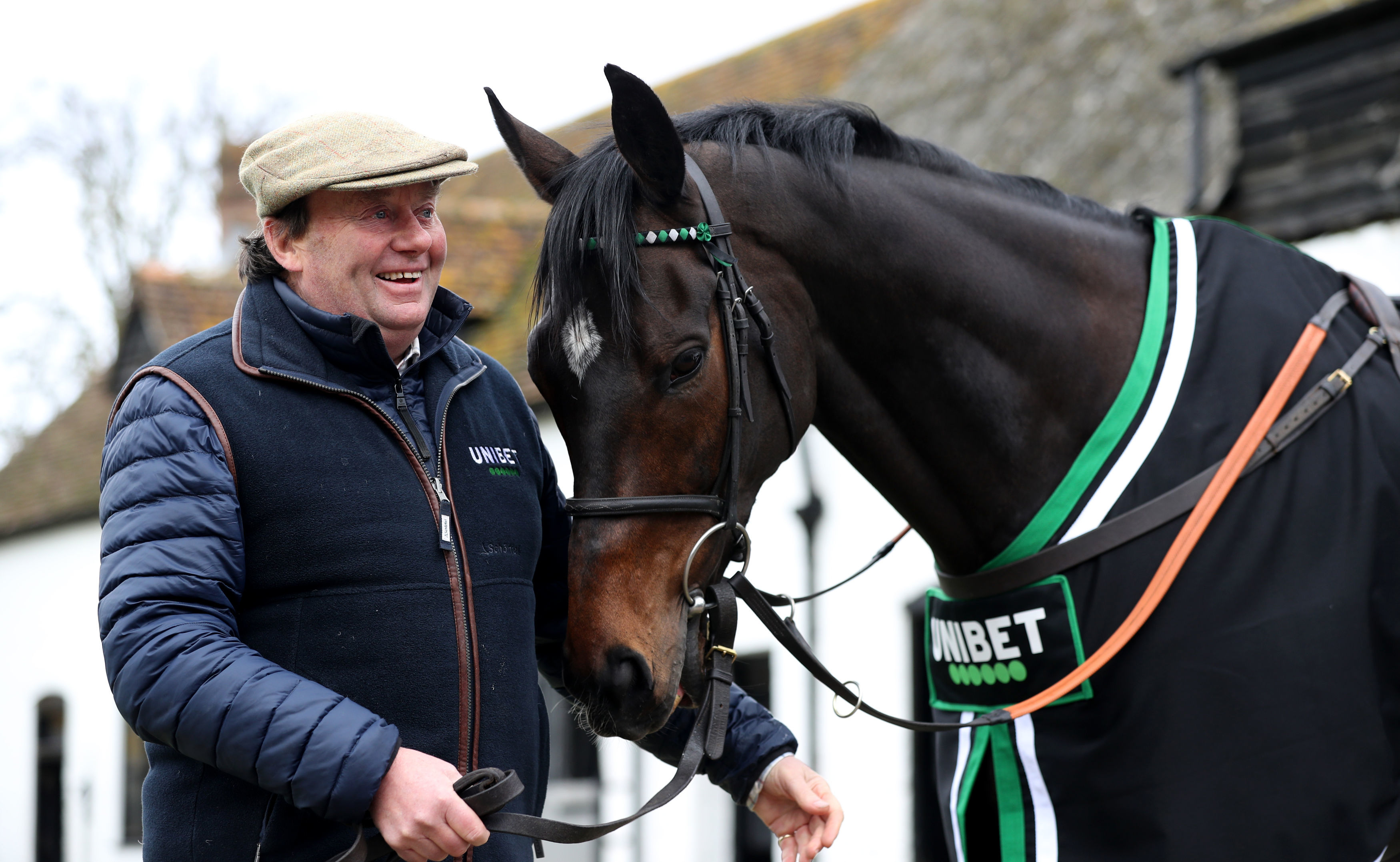 Four-time Cheltenham Festival winner Altior has not been seen since being beaten by Nube Negra at Kempton on Boxing Day – and he will not run competitively until the Festival in a month's time.

Speaking of 10-1 Gold Cup chance Champ, Henderson said there is a 'danger' three miles would be too far for his first run of the season.

Champ claimed the £98,764 first-place prize in the RSA Insurance Novices' Chase at Cheltenham Festival last year with one of the most amazing finishes over 3m.

But explaining the reasoning behind his thinking on Twitter, Henderson wrote: "Altior will head straight to the Cheltenham Festival for the Champion Chase without a run beforehand.

"He is in excellent form but he does tend to take his races quite hard and we have therefore decided to continue his preparation at home and almost certainly an away day at some stage in the next ten days.

"However, we have decided to change things around with Champ, very much for the same reason and our close proximity to the Festival.

"He will now drop back down to two miles and contest the Game Spirit Chase instead of the Denman Chase.

"He hasn't run for a year so we could be in danger that three miles may be slightly too far for his first run of the season.

"He is a fresh horse and can be quite free in his races so it would be harder to curtail enthusiasm and you're never going to take as much out over two miles as you are over three [miles].

"He could be keen and do too much so in the interest of the Gold Cup being his ultimate goal it is preferable to run over a shorter distance which could stop him having a harder race than necessary and also help eliminate the risk of the bounce factor.

"He was a very useful horse over two and two-and-a-half miles last season and I think that the Game Spirit could sit him well, both in the short term and the long term."