Newlywed Carrie Johnson is reported to have tied the knot wearing a rented dress, as well as planning to hire her outfits for this week’s G7 summit.

An identical outfit to the one she wore for her wedding is now starring on the home-page of MyWardrobe HQ –one of the most successful fashion rental sites. I wonder if there’s a premium on a dress that was worn by the Prime Minister’s wife?

Last week, a £1 billion bid was made by Etsy for Depop, a clothing site where people sell their old stuff, or indeed anything they can get their hands on, with prices starting at a couple of quid.

Wow, second-hand clothes have come a long way from a rummage through a trestle table at the church jumble sale.

I write as someone who was dressed almost entirely in second-hand clothes until I reached my 30s. I had one smart suit for work and a peach-coloured corduroy jacket I bought in a Kenzo sale, but other than that almost all my clothes were found in Portobello Market and Flip in Covent Garden that sold old American baseball jackets and plaid shirts. 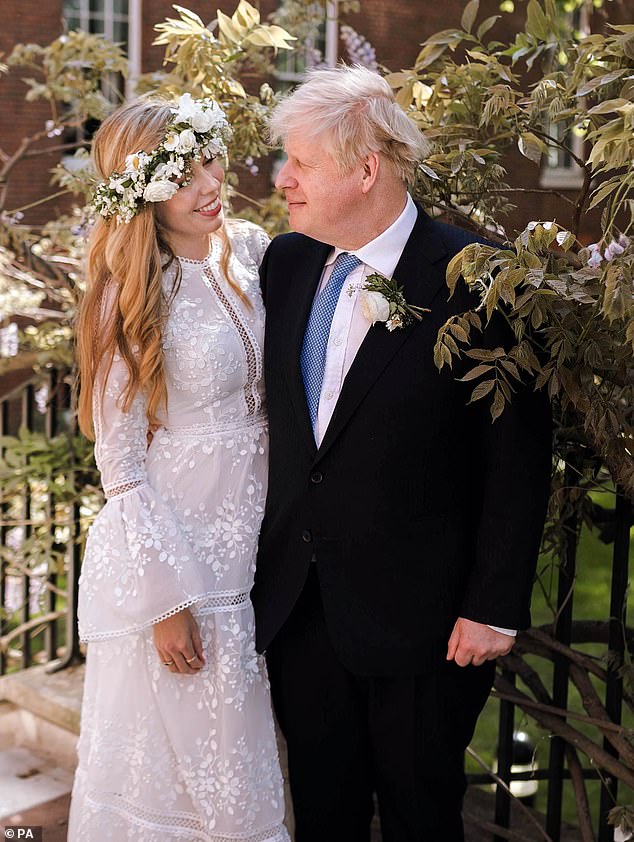 Carrie Johnson is reported to have tied the knot wearing a rented dress, as well as planning to hire her outfits for this week’s G7 summit

We called it second-hand then – not pre-loved, pre-owned, vintage or recycled. I had a fabulous collection of 1950s cocktail dresses, nipped-in-waist tailored jackets, silk tea dresses and a couple of old fur coats.

How I loved to hunt through the colourful rails of charity shops and antique markets. And it was all so cheap. It never occurred to me or my friends who kitted themselves out the same way that we were doing anything to save the planet.

Fashion sustainability was not even an embryonic idea. But now, call it what you will, wearing other people’s clothes is the trend in clothing retail and is being marketed with a massive dose of environmental health mission statement.

This sounds terrific so I wonder why I’m not doing it. Maybe it’s an age thing.

The majority of Depop customers haven’t yet reached their mid-20s. They have the time and inclination to spend hours on their phone, perfecting images of themselves for their threads.

For some of us, though, renting outfits for special occasions still feels strange – as if turning up in costume rather than our own clothes. I prefer the idea that my party dresses have a history of good times we have spent together.

Last week’s long-awaited arrival of sunshine encouraged me to dig out some bags of summer clothes. Confronted by piles of cotton T-shirts that have seen better days, I had a twinge of nostalgia for the time when I would have just chucked them into a bin bag without qualm or guilt about contributing to landfill.

Then I considered selling them online – too much of a faff. So I’ll be dropping off a few bits and pieces as usual at my local charity shops, which must surely be suffering with the popularity of these new resale sites.

And the rest are back in my wardrobe, where they’ll sit until winter and then get packed up again. They may be old and worn, but they’re my old and worn and I kind of like keeping them around.

Incidentally, anyone who enjoys visiting physical markets rather than websites might have noticed that all the lovely old French linen, painted furniture and mirrors have gone missing.

Post-Brexit, British dealers who used to load their vans with such treasures and hop back on the ferry now have to fill in such demanding paperwork, itemising every Normandy wicker planter and coat-hook, that they’ve simply given up. 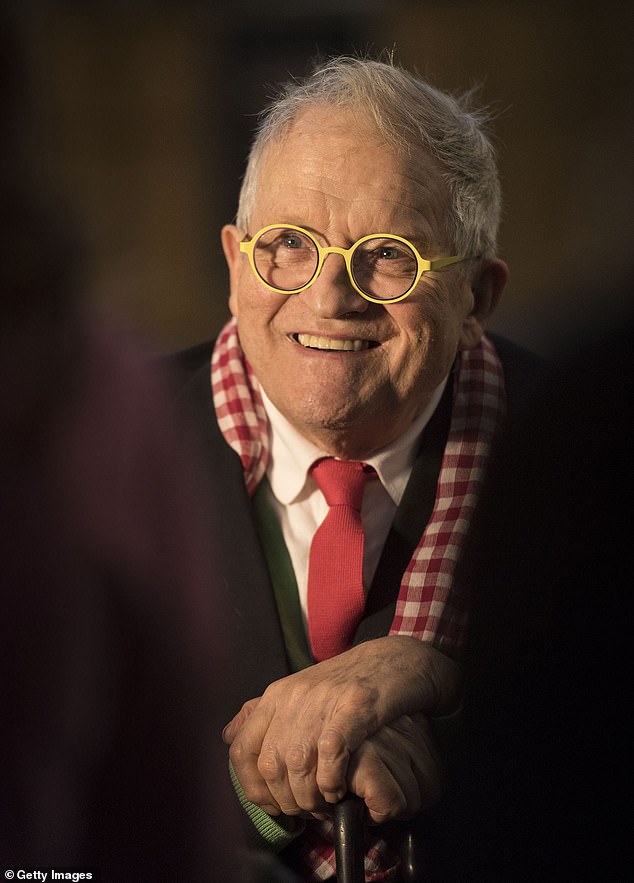 If you’ve ever tried to use the iPad Brushes app to knock up an attractive drawing, you’d be astonished by what David Hockney achieves with it, in his joyful The Arrival Of Spring exhibition at the Royal Academy.

How admirable, at the age of 83, to still be not only able, but interested in mastering new technological skills, especially when you’re already one of our greatest artists.

What a pity, though, as he’s also one of life’s leading smoking evangelists, that he’s even less likely to return to Britain from his Normandy home (possibly stuffed with those pieces we can no longer get hold of), now that Oxfordshire Council is joining others in attempting to ban smoking from outdoors.

Even vanishing ink’s tattoo much for me

I’ve always wished I had a tattoo but have been too wimpy about the pain and worried about being stuck with it.

AirMail magazine reports that Ephemeral, a made-to-fade ink, has made its debut in a tattoo parlour in Brooklyn, New York. You can get your loved one’s name inked on your ankle, safe in the knowledge it will disappear in about a year.

Now that’s a business worth investing in.

Great drama – and the dreadful reality

Leading mafia assassin Giovanni Brusca, aka ‘The Swine’, was released from jail last week to an outcry from relatives of his victims. We lockdown-binged on The Hunter, an Italian TV drama series based on the hunt for Brusca and his fellow mafiosi in 1990s Sicily.

It is beautifully acted and filmed, overlaid with a nostalgic colour filter that helps remove a sense of reality about the violence.

Brusca admitted to murdering so many people he can’t remember the number. His story has been gripping, escapist TV but in the deep south of Italy, his intimidation, corruption and violence remains a brutal reality.

Now my black cat’s been hit by bad luck

Is nothing safe from the tyranny of Instagram likes? Apparently black cats and dogs are selling for lower prices because they don’t photograph as well as pets of other colours.

Our beloved cat Coco is black with a tip of white tail and, luckily, is as yet unaware of this discriminatory blow to her body image.

These Are The Season's Best Kids Swimsuits
'The Nanny' Star, Charles Shaughnessy, Sold Adult Films Before Landing His Starring Role in the 1990s Hit Sitcom
Popular News
Why does Tom Cruise do his own stunts? ‘No one asked Gene Kelly, ‘Why do you dance?’’
18/05/2022
Man Utd wonderkid Ramon Calliste, called ‘the next Giggs’, now owns luxury watch business and makes £5m a year – The Sun
26/03/2020
Megan Thee Stallion Addresses Criticism Over Twerking: ‘I Love to Shake My A**’
26/03/2020
Police guard shops to stop coronavirus panic-buyers and enforce social distancing – The Sun
26/03/2020
Coronavirus: Good Morning Britain’s Dr Hilary reveals ‘game-changing’ self-testing kit
26/03/2020
Recent Posts