WWE star Alexa Bliss has dressed-up to pay homage to The Undertaker ahead of the legend’s ‘Final Farewell’.

The Deadman, 55, called time on his legendary three-decade long career in the squared-circle this summer after beating AJ Styles at WrestleMania. 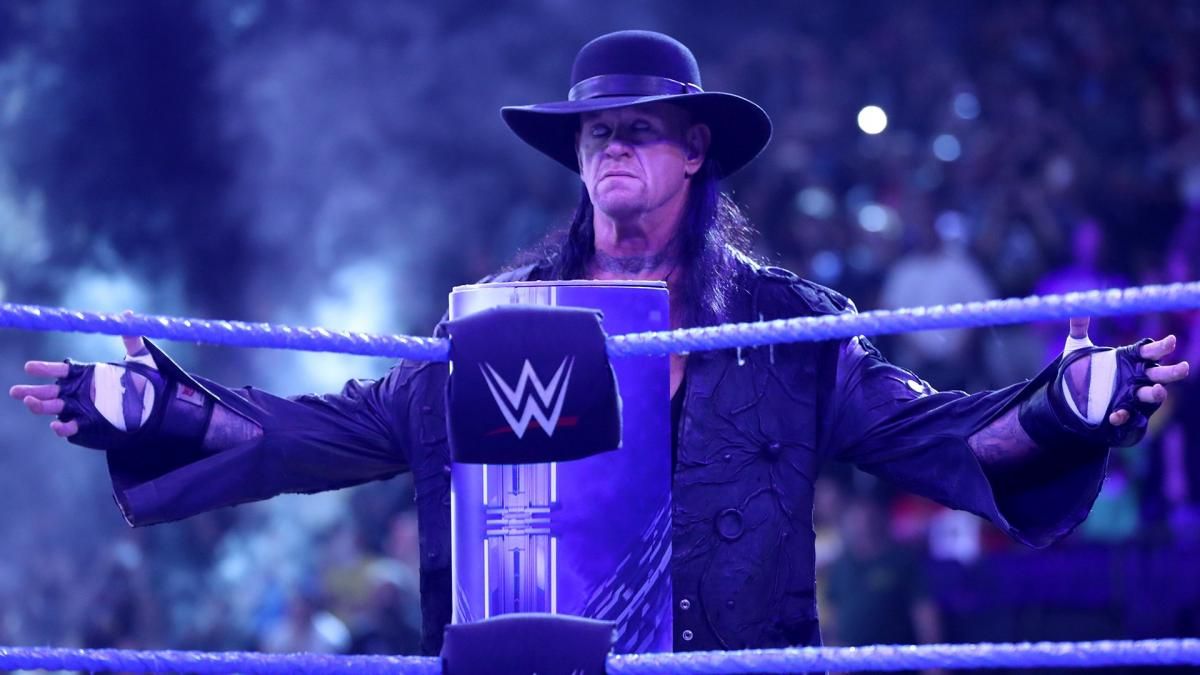 Taker, real name Mark Calaway, is returning at Survivor Series on Sunday for his ‘Final Farewell’ – exactly 30 years since his debut.

Now Bliss has joined in the fun by donning a dark outfit similar to Taker’s and pulling on a pair of gloves like those worn by the icon during his heyday.

The beautiful Raw superstar, who has recently discovered her own dark side after aligning herself with ‘The Fiend’ Bray Wyatt, accompanied the images with a caption saying ‘Five Feet of Phenom’.

Ahead of his big goodbye tomorrow, Taker has spent the last week performing numerous media interviews, including shocking viewers in the UK with a special outing on GMB this morning.

The lights cut off live on air as the wrestling superstar’s iconic gong rang out and his music began to signify his presence.

As the lights returned, images of Undertaker’s iconic three decade career were shown before presenter Richard Arnold said: “That’s the best lighting for us, Kate, on this show ever at this point in our career, isn’t it?

“That wasn’t a power cut by the way. Anyone familiar with wrestling knows when the lights go dark and that music plays, it can only mean one thing – The Undertaker.”

A zoom interview then took place, with the fearsome Phenom admitting that the ThunderDome’s virtual audience will save him from bursting into tears as he says farewell to his loyal fan base.

Taker laughed: “Our audience being on monitors, I think I’ll be able to get through it a little easier that way than if I had to actually look out into an ocean of people and make eye contact.

“I might have killed off The Undertaker character for good. A crying Undertaker is not what the world wants to see!”

Certain reports had suggested that he would appear at Wrestlemania 37 for a face-off with John Cena.

But in another media appearance he declared he was ‘100 percent’ done – before dropping a huge tease that WWE boss Vince McMahon could still persuade him to wrestle again.

“But there's this guy that lives up in Stamford, Connecticut, who lives by the motto, 'never say never.'”

Related posts:
Princess Diana's Brother Says 'The Crown' Asked to Film at the Spencer Family Ancestral Home
Anti-lockdown protesters clash with cops as hundreds chanting 'freedom' hit the streets
Popular News
Chris Pratt Reveals His Family Depended on Food Banks Growing Up
27/11/2020
Man Utd wonderkid Ramon Calliste, called ‘the next Giggs’, now owns luxury watch business and makes £5m a year – The Sun
26/03/2020
Megan Thee Stallion Addresses Criticism Over Twerking: ‘I Love to Shake My A**’
26/03/2020
Police guard shops to stop coronavirus panic-buyers and enforce social distancing – The Sun
26/03/2020
Coronavirus: Good Morning Britain’s Dr Hilary reveals ‘game-changing’ self-testing kit
26/03/2020
Recent Posts
This website uses cookies to improve your user experience and to provide you with advertisements that are relevant to your interests. By continuing to browse the site you are agreeing to our use of cookies.Ok