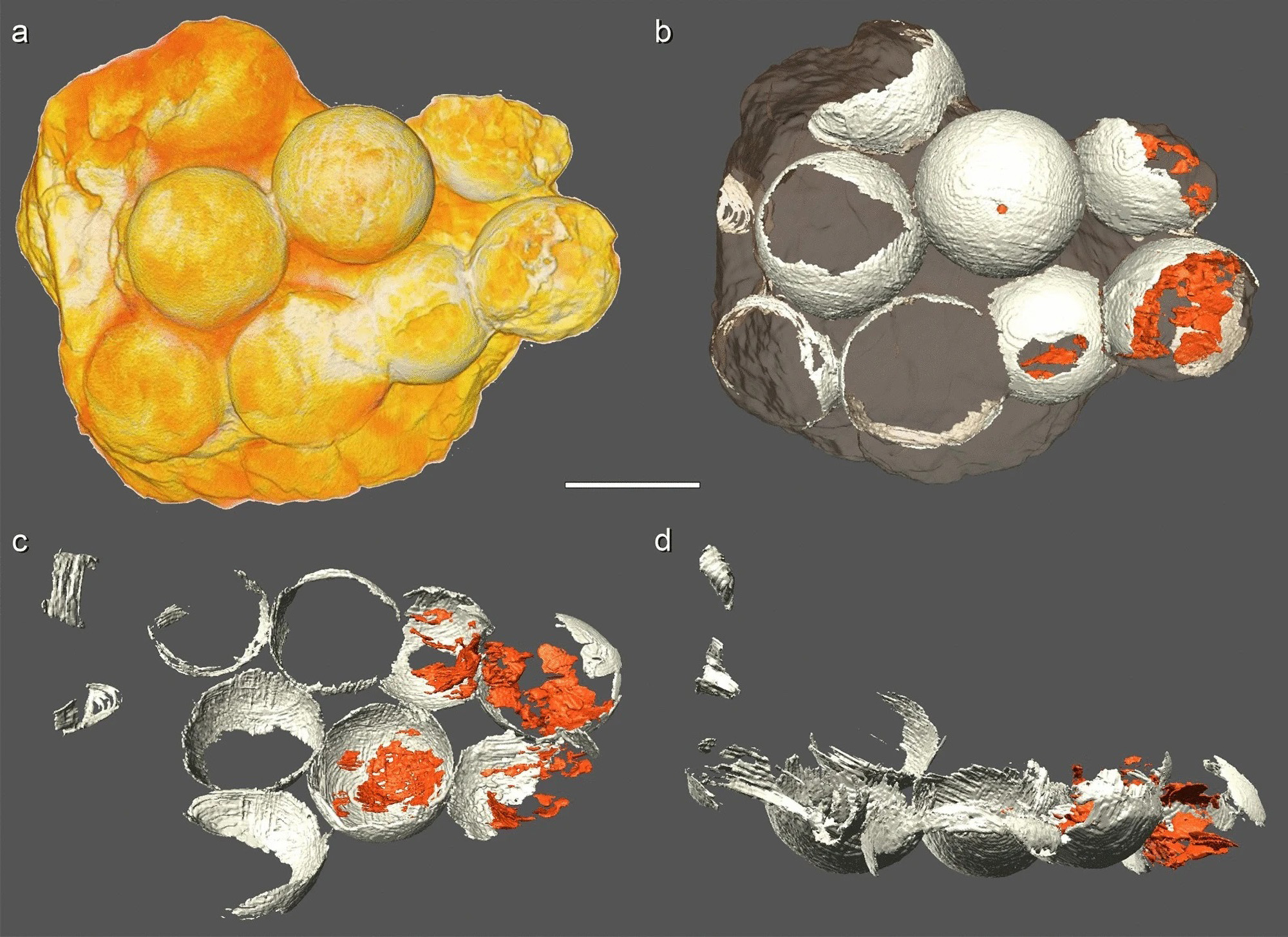 The dinosaur egg nest, dates back to the Cretaceous period, which ended in an extinction-level event, when Earth is believed to have been hit by a large meteor.

The nest was discovered in an abandoned limestone mine in the rural area of Ponte Alta, which is about 30 kilometres from the centre of the city of Uberaba, in the south-eastern Brazilian state of Minas Gerais.

The rare find was made by Joao Ismael da Silva, who works for the Cultural Foundation of the Municipality of Uberaba and is also a palaeontology technician at the Federal University of Triangulo Mineiro (UFTM), also in Uberaba.

While the discovery itself took place in the 1990s, the results of the analysis of the fossilised eggs have just been published now, over 20 years later.

The study was authored by palaeontologists Luiz Carlos Borges Ribeiro and Thiago Marinho, also from the UFTM, and their Argentine colleagues Lucas Fiorelli.

Agustin Martinelli, one of the authors on the study from the Regional Centre for Scientific Research in La Rioja and the Argentine Museum of Natural Sciences said the discovery was ‘exceptional’.

‘In the 1990s, I became aware of the occurrence of dinosaur eggs in Ponte Alta. In conversation with friends of mine who worked in limestone mining, I was able to recover some isolated eggs and, finally, an association of ten spherical eggs,’ said Da Silva in a statement.

The statement also reveals that ‘this is the first dinosaur nesting site found in Brazil where about 20 eggs measuring 12 centimetres in diameter were found’.

‘From the characteristics of the shells and egg associations, it was possible to compare them with fossils from other parts of the world, mainly from Argentina, and it was possible to identify that the dinosaurs that laid these eggs belong to the titanosaur group,’ said the statement.

‘Titanosaurs were the largest land animals of all time. They were quadrupeds, fed on plants and had a small head and a long neck,’ said Marinho.

He added that the titanosaurs of Uberaba varied in size, with their lengths ranging from 10 to 26 metres.

The dinosaurs would bury approximately 10 eggs at a time, in what is known as a brood, in order for the temperature to remain controlled until the babies hatched, not unlike many reptiles today.

Fiorelli said that the study brings a new vision to the study of fossilised eggs and, according to Luiz Carlos Borges Ribeiro, ‘this study reinforces the importance of the municipality of Uberaba in the field of palaeontology, notably of dinosaurs, and strengthens the relevance of the Uberaba Geopark Project with UNESCO,’

Remains belonging to titanosaurs have been found all over the world. They were a diverse group of dinosaurs and the last of the long-necked sauropods, believed to have been wiped out in the extinction-level at the end of the Cretaceous period that stretched from approximately 145 to 66 million years ago.

The discovery and the resulting findings have been published in the academic journal Scientific Reports.