17 Mystery Books You Won't Be Able To Put Down

Behind Closed Doors by B.A. Paris 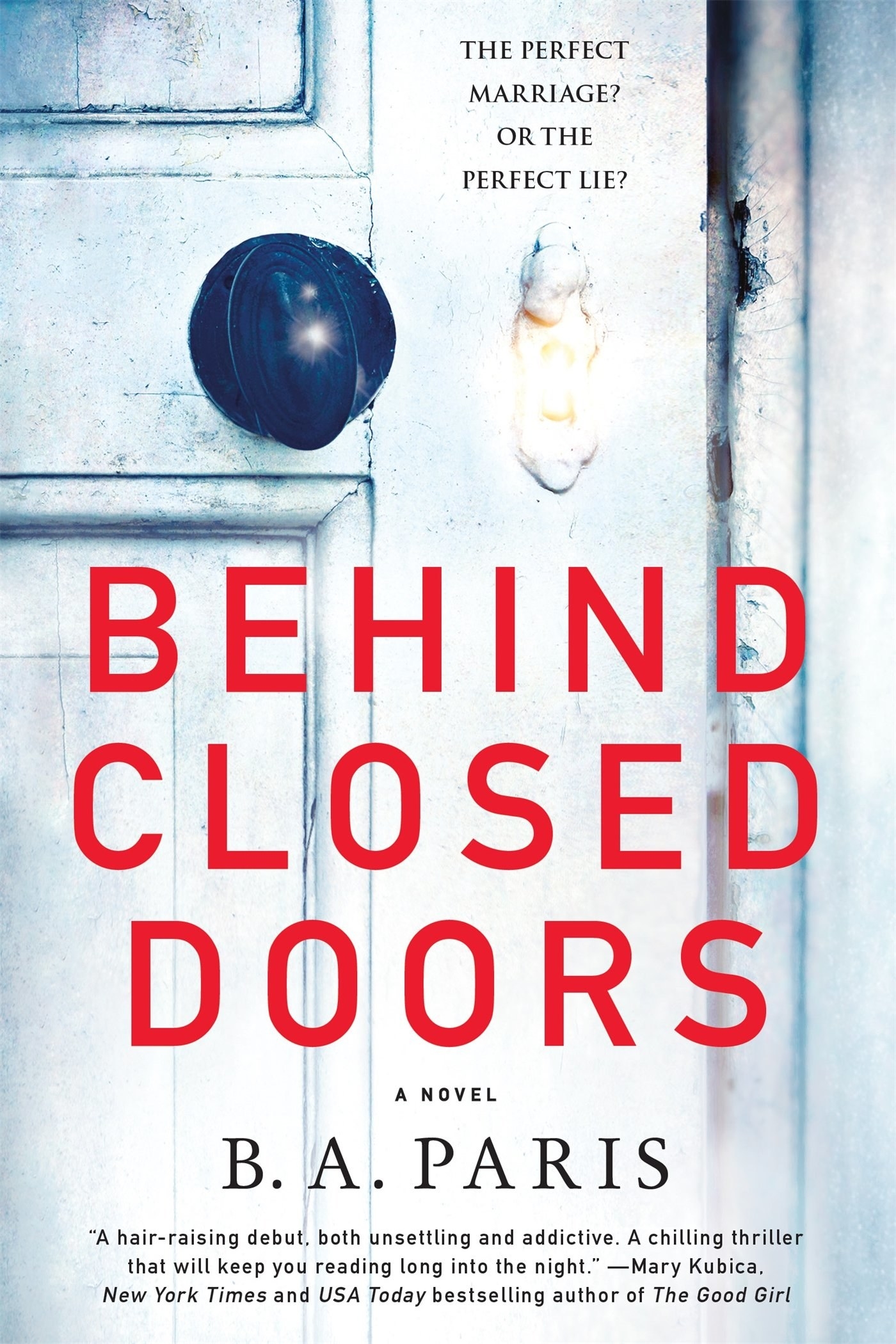 Jack and Grace seem like the perfect couple, but upon closer look, something seems off about Grace — how she’s never seen without Jack, never answers the phone, always has an excuse to avoid going out even though she doesn’t work. And then there are the bars on the bedroom window. Maybe things aren’t as perfect as they seem.

5-star review: “This had me flipping pages so fast, it’s a miracle my fingers didn’t catch on fire. An edge of your seat, frustratingly WILD ride!!! I really loved it.” —megs_bookrack

The Silent Patient by Alex Michaelides 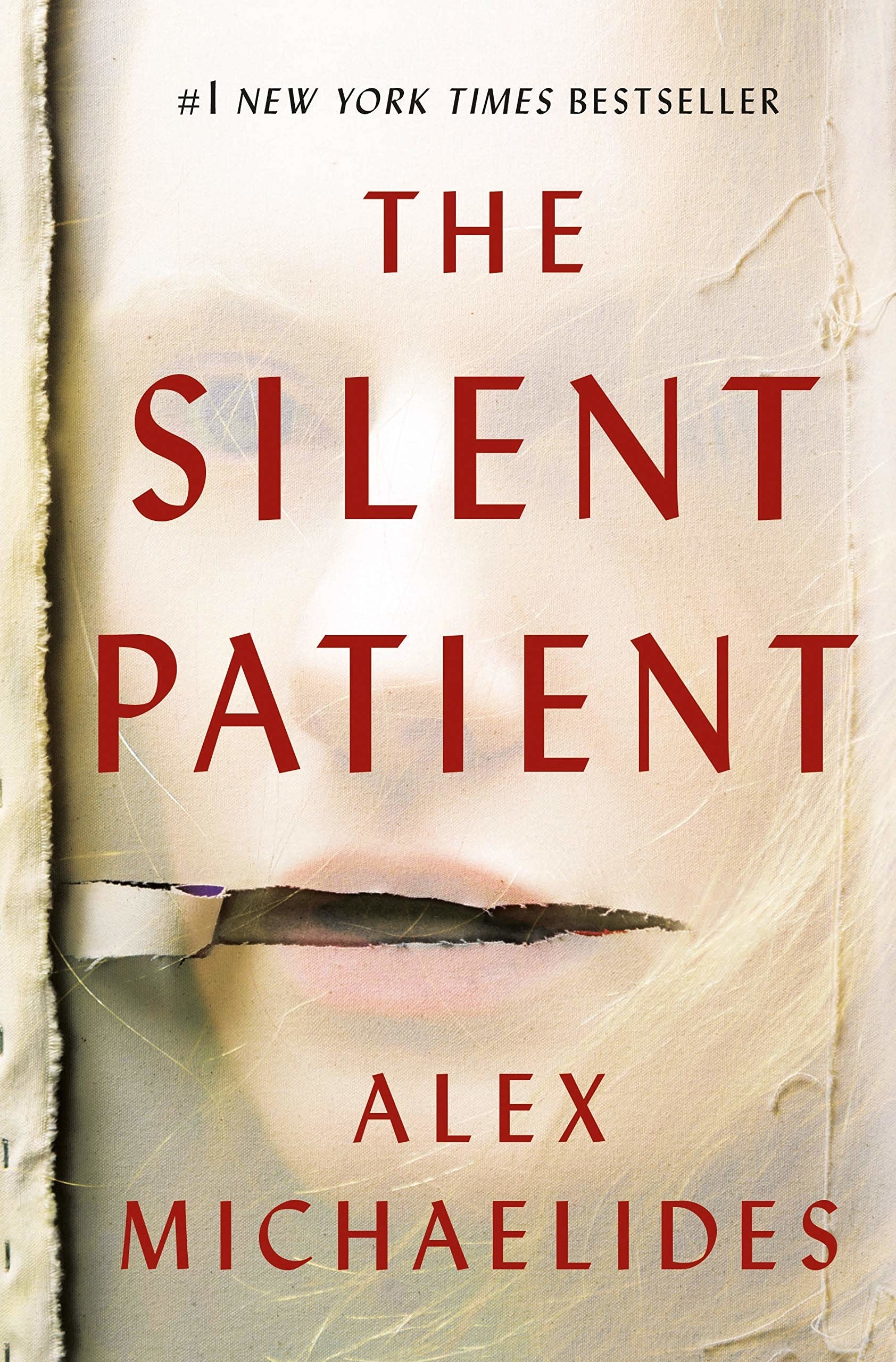 When a London artist disrupts her seemingly perfect life by murdering her husband, the public wants answers. Tucked away in a forensic hospital, she refuses to talk — until one criminal psychotherapist makes it his mission to get the truth.

5-star review: “I’m stunned that this is a debut novel. The skillfully scripted storyline, the truly unforgettable characters, the pulse-pounding suspense, the consistently enthralling pace, and the enticing narration are all exceptionally fantastic! This was dazzling perfection!” —Lindsay – Traveling Sister

The Wife Between Us by Greer Hendricks and Sarah Pekkanen 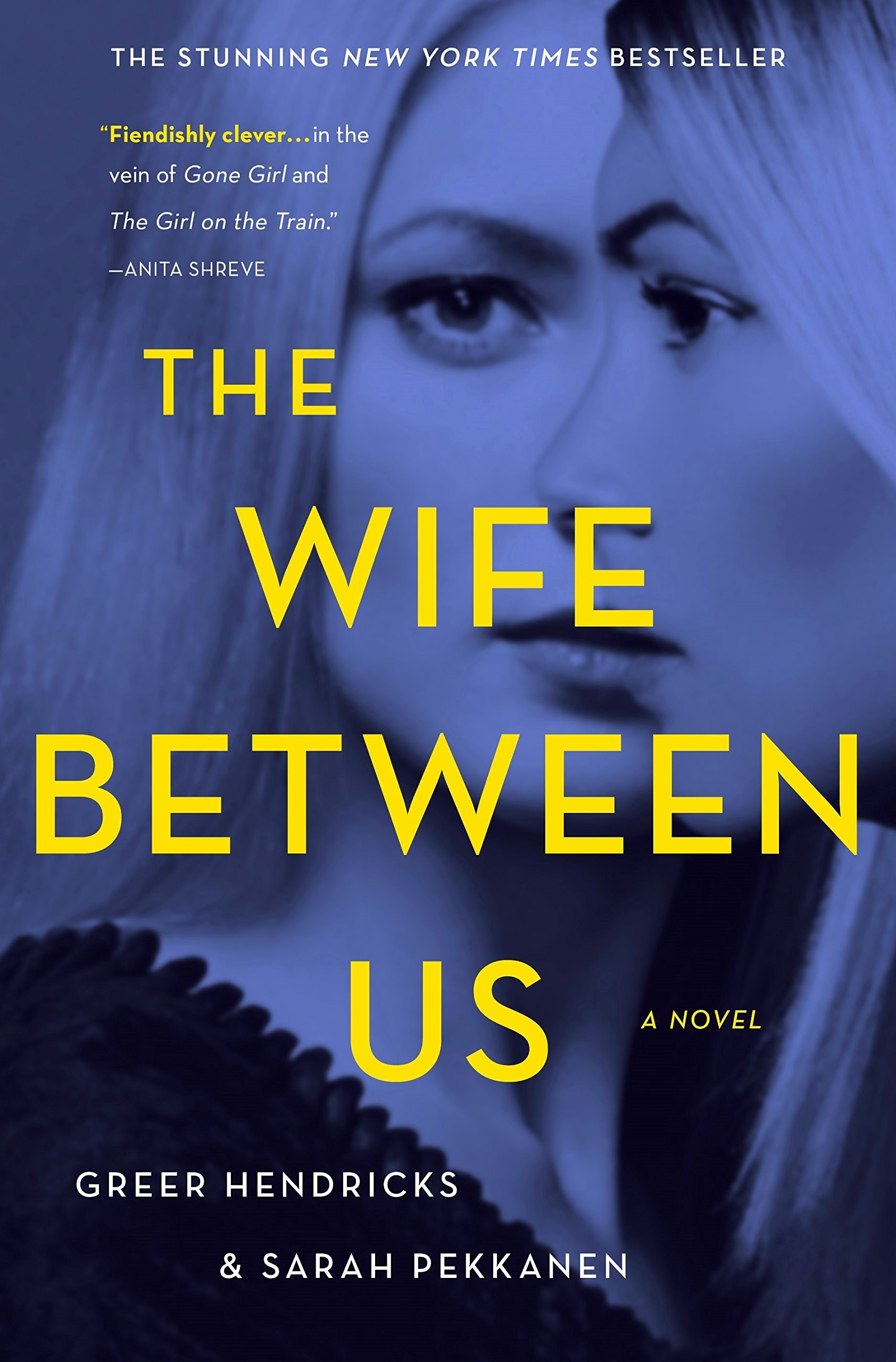 On the surface, The Wife Between Us looks like a familiar love triangle story, but as the story progresses, you’ll be shocked at the high-paced twists and turns. Vanessa is the ex-wife jealous of her young, pretty replacement, Nellie. Vanessa will stop at nothing to prevent her ex-husband Richard’s marriage.

5-star review: “The Wife Between Us is compelling and absolutely riveting. This is the story of Vanessa, Richard, and Nellie, whom you think you know oh-so-well, but the truth is, no one is ever who you think they are. This book will have you looking over your shoulder, questioning everything — including yourself.” —Susanne Strong

Then She Was Gone by Lisa Jewell 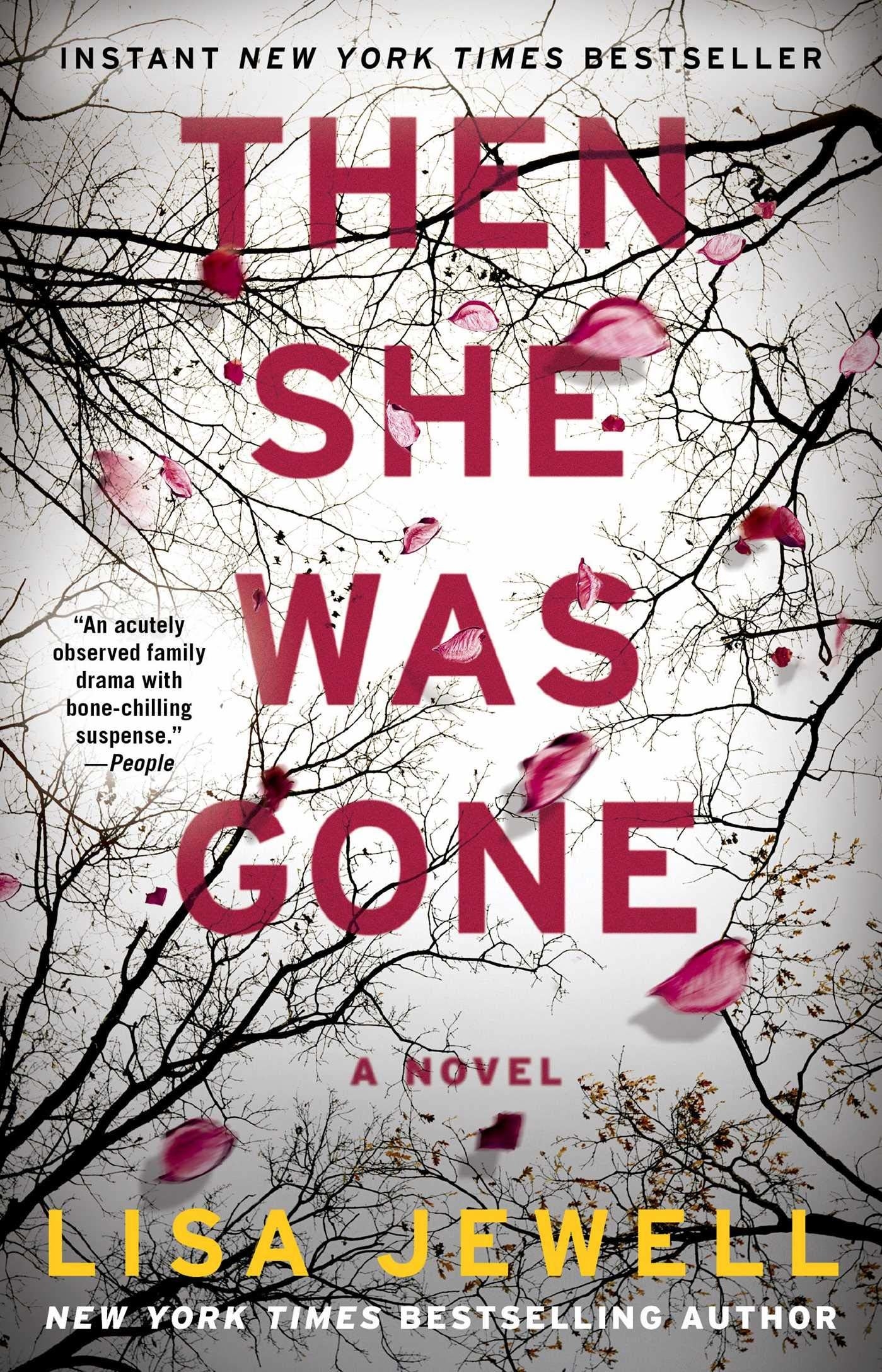 Ten years after Laurel’s 15-year-old daughter goes missing, Laurel falls hard and quick for a charming man named Floyd. But when Floyd introduces her to his 9-year-old daughter, Laurel is floored — the girl looks exactly like Laurel’s missing daughter at that age. Suddenly Laurel is facing all of her unanswered questions about this traumatic unsolved mystery.

5-star review: “This story was very dark, gloomy, and creepy, but also quite emotional and poignant. The protagonist’s voice is so realistic, raw, and sympathetic, and her emergence from a torturous state of limbo and her fierce determination to get to the truth and begin truly living life again was an amazing transformation. Lisa Jewell has written a chilling novel of suspense, but it is also a book about the power of maternal love, forgiveness, and healing.” —Julie

The Dry by Jane Harper 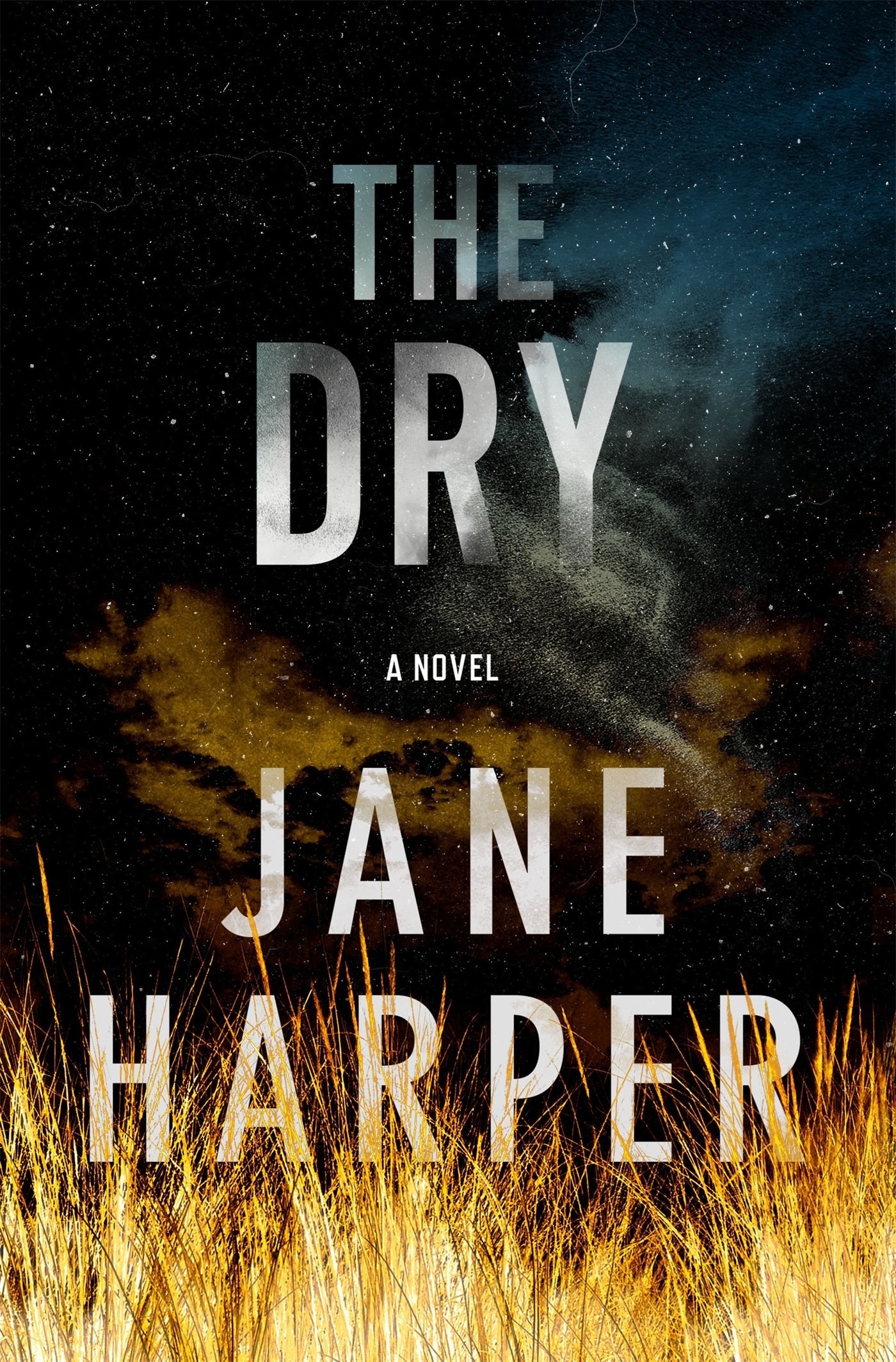 The Dry begins with Federal Agent Aaron Falk receiving a note that demands he return to his hometown. The reason: the death of his best friend, who Frank once used as a false alibi years ago. Now, he must delve into his friend’s death and finally answer unresolved questions — all while keeping buried secrets safe.

5-star review: “While the writing was excellent and the mysteries were well done, what placed this book in 5-star land for me was the depth and beauty given to the characters. I was so engrossed in these people that I actually felt present for each conversation; the descriptions of the setting were so incredible that I thought I would break out into a sweat at any moment from the drought. I adored the way the author chose to slowly unravel the plot, and how she really ramped up the tension and action near the end where I felt my heart about to beat out of my chest. I honestly can’t think of a single thing I would change about this book.” —Chelsea Humphrey

The Widow by Fiona Barton 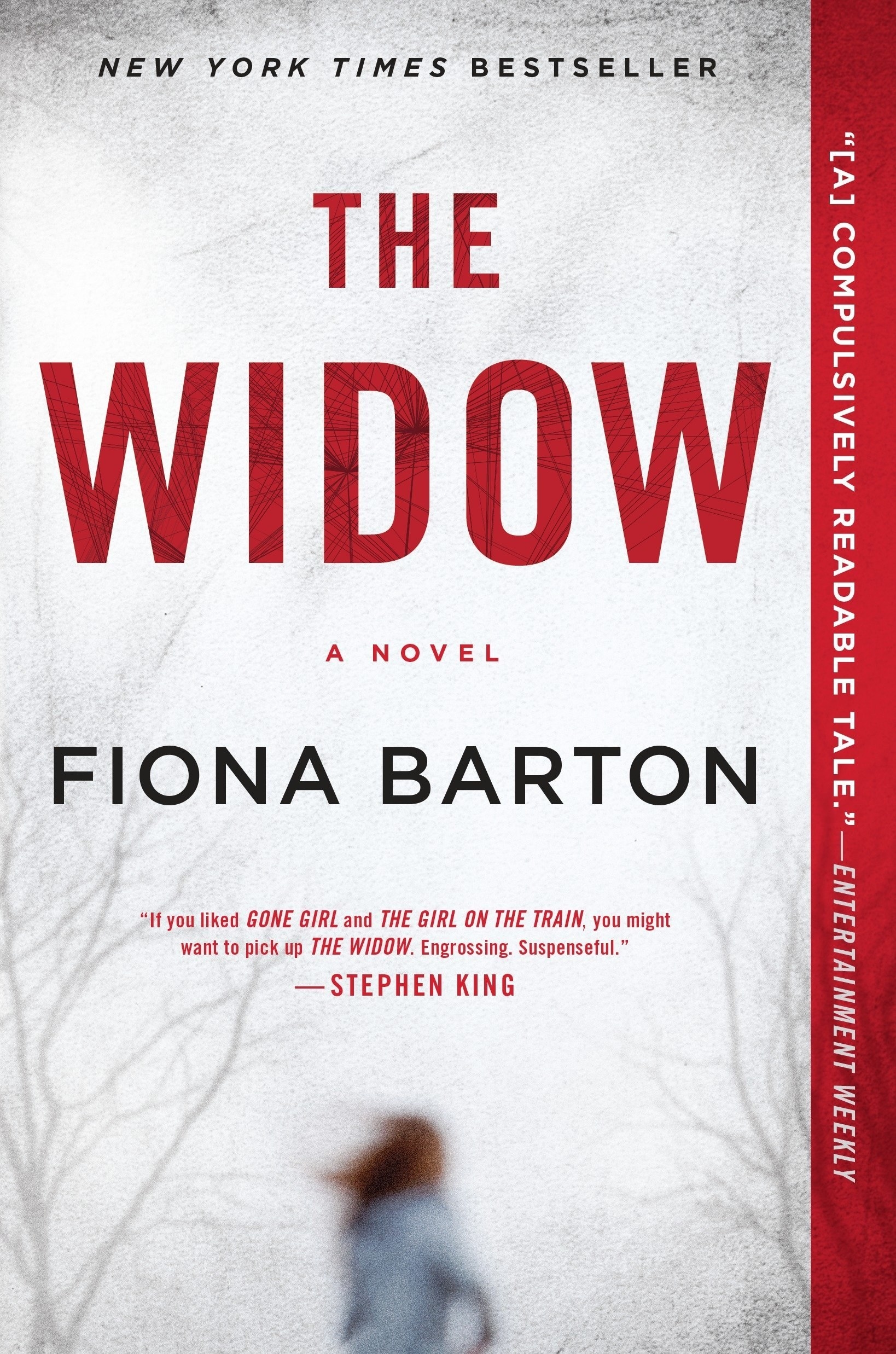 Jean Taylor’s always kept quiet about her husband — and the child abuse he’s been accused of. Now that he’s dead, will she finally talk? And if she does, will it actually be the truth?

5-star review: “I have to honestly say that I am gobsmacked this is Fiona Barton’s debut book. It has class, it has all the elements of a brilliant thriller, it’s paced well, the characters are ‘real’ you can actually reach out and touch them.” —Sue

My Sister, the Serial Killer by Oyinkan Braithwaite 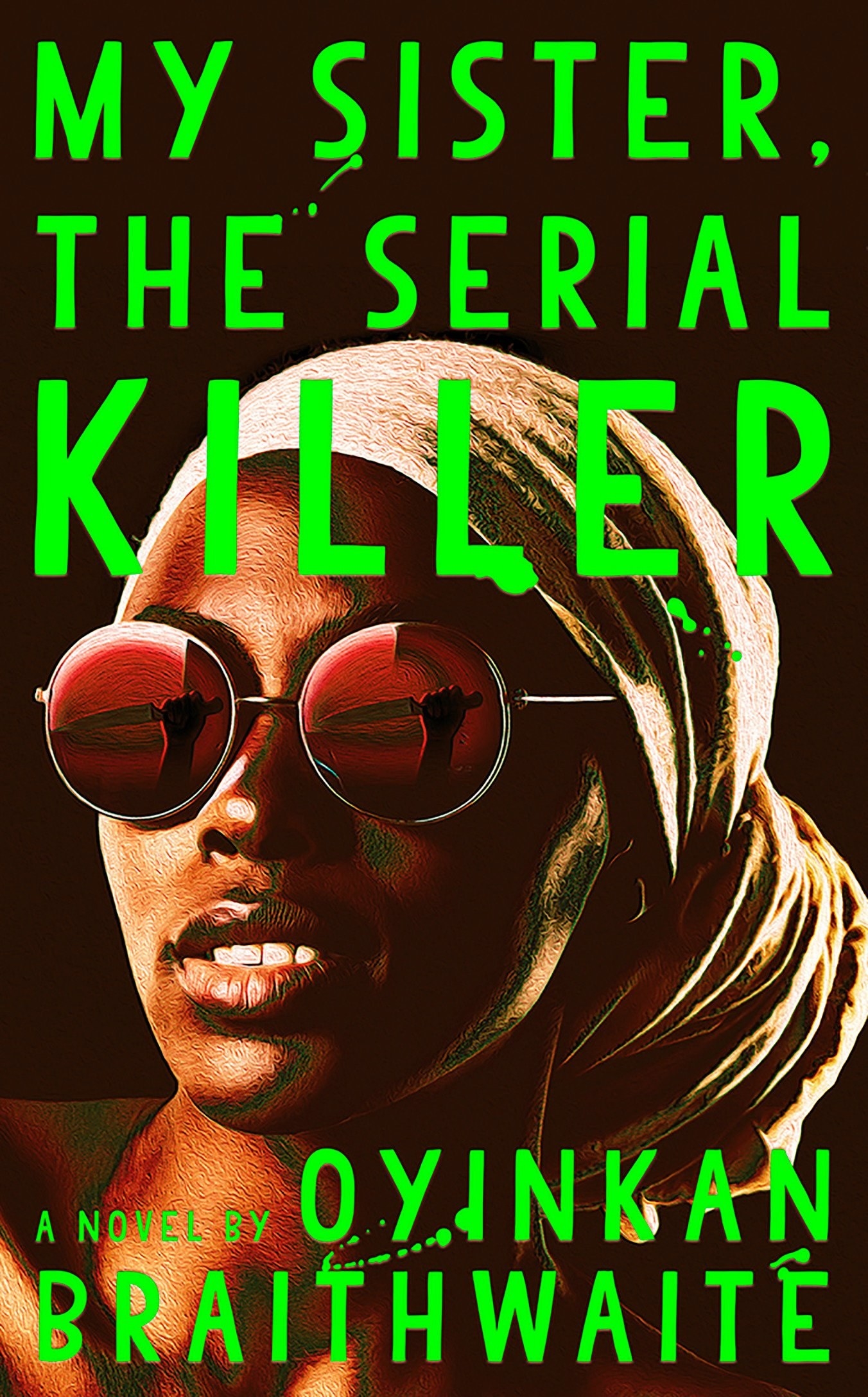 Korede has found herself in a dangerous pattern of abetting her younger sister who can’t seem to stop killing men — and it seems she has her sights on the man Korede wants for herself.

5-star review: “OMG! This is dark! This is incredibly funny and entertaining! This is wild! This is incredibly smart, sarcastic and sardonic! Why did I wait so long to read? I enjoyed THE AMAZING, REMARKABLE CHARACTER BUILDING. I loved the intriguing, riveting, fast pace. I loved that it makes us question so many important things in our lives such as family, sisterhood bonding, social media. It’s a fantastic, promising debut novel.” —Nilufer Ozmekik

The Butterfly Garden by Dot Hutchison 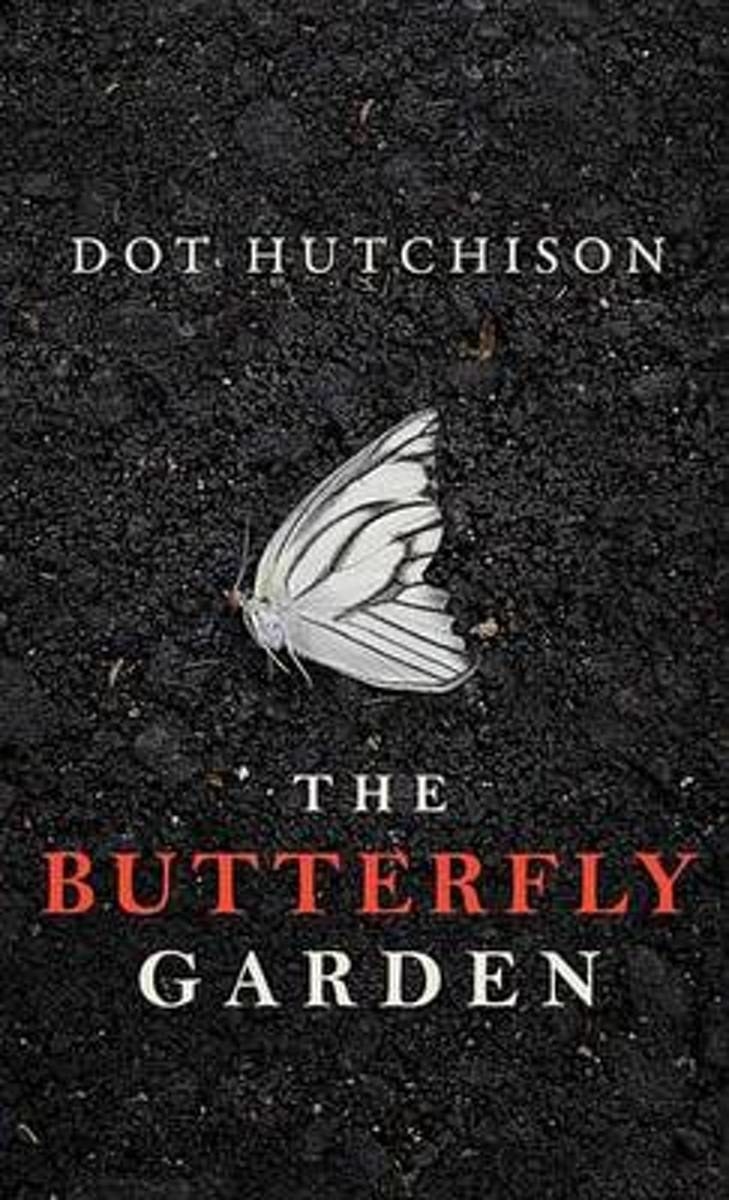 In a remote mansion with a beautiful garden overseen by the Gardener, a disturbed man captures young women and tattoos them to make them look like butterflies.

5-star review: “This book had me absolutely mesmerized! Right from the first chapter all the way to the end, I was held captive. This book is beautiful, but also quietly disturbing. Unforgettable. I loved it!” —Brenda 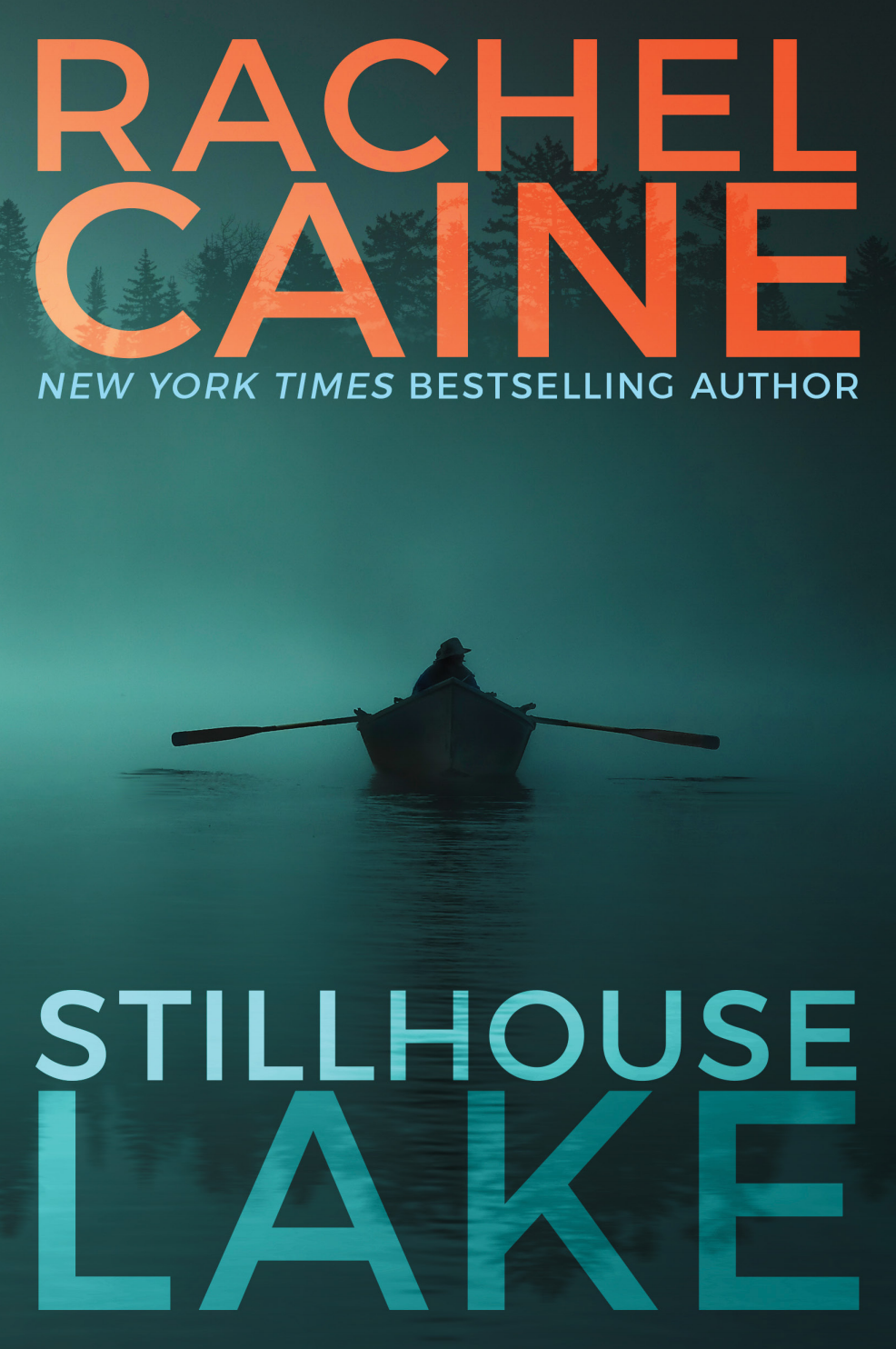 Stay-at-home mom Gina Royal’s life is turned upside down when a car accident reveals her husband’s secret: He’s a serial killer. With a new name, a new home, and her ex in prison, she’s ready for a fresh start. Then a body turns up in a nearby lake — and threatening letters show up at her door.

5-star review: “Stillhouse Lake is a great book. I mean, stay-up-until-2:00-a.m.-to-finish-it great. I read the whole thing in just a few hours, and my heart was pounding pretty fast for a while afterward!” —Larry H

The Good Daughter by Karin Slaughter 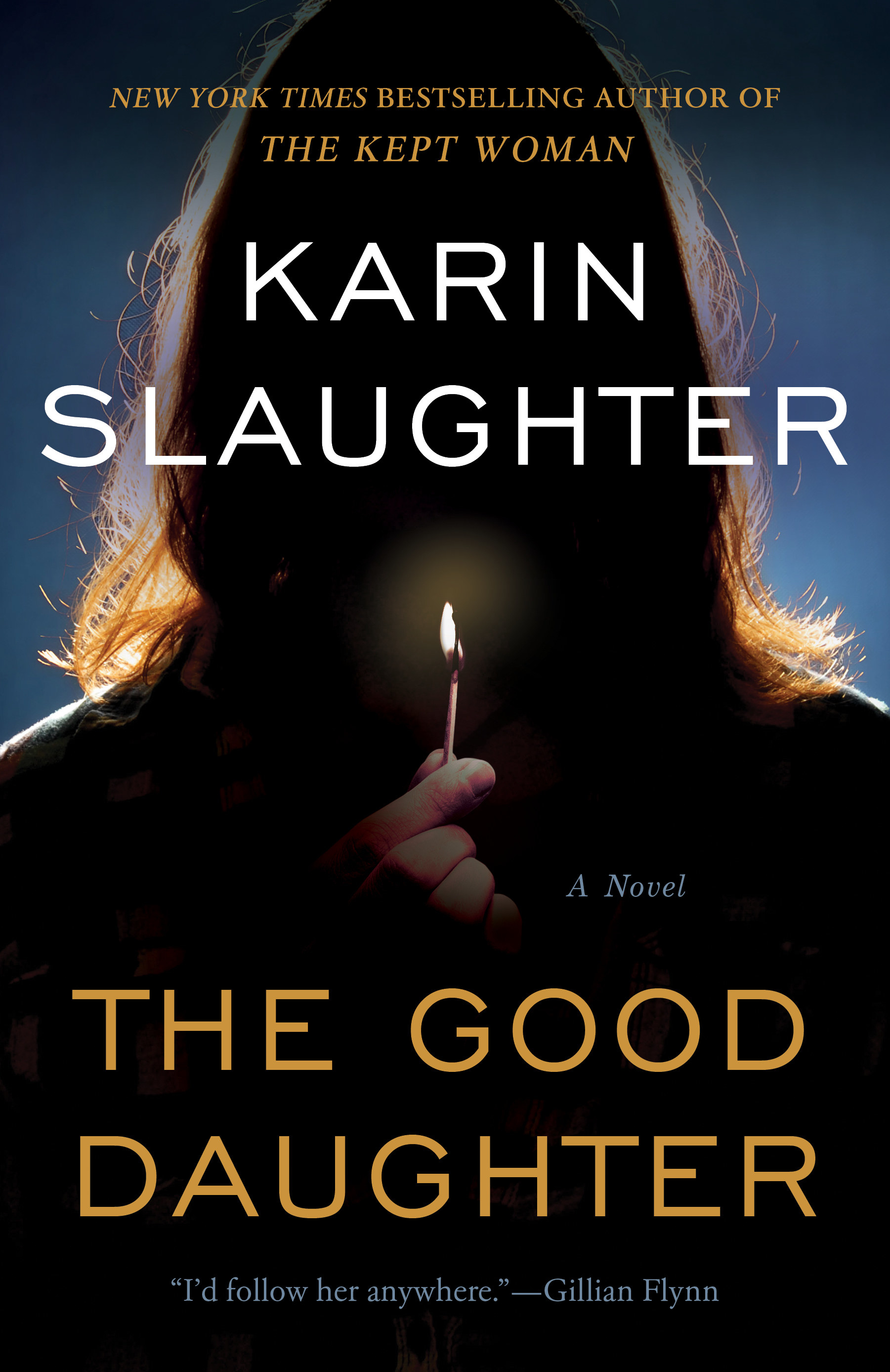 Twenty-eight years ago, sisters Charlotte and Samantha Quinn were traumatized by a home attack that left their mother dead and their father devastated. Now, a new tragedy hits their hometown and Charlotte, a lawyer, is at the center. What secrets will she uncover about the crime that tore her family apart?

5-star review: “This was such an intense read that at times I could barely breathe. The events that take place are not for the squeamish, but it’s not gratuitous violence. It’s intense, and it’s shocking, but Karin Slaughter writes with such skill — this is crime writing at its best. She’ll have you glued to every word, and ensures that you invest every ounce of your being in her characters. Excellent!” —Maureen 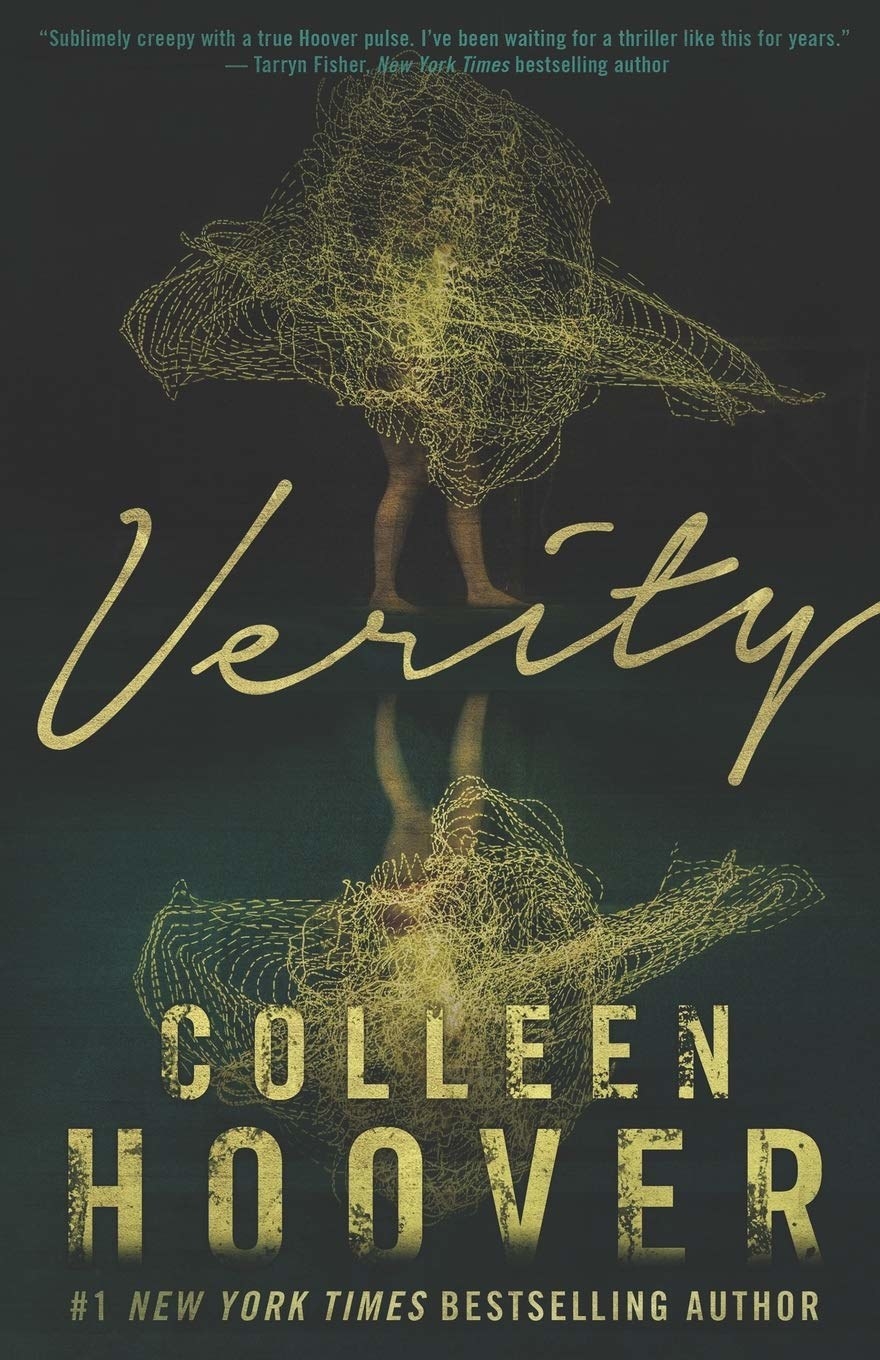 Things seem to be looking up for struggling writer Lowen Ashleigh when she accepts a job completing a successful series for injured bestselling writer Verity Crawford. But when she discovers and reads Verity’s hidden, unfinished autobiography, she learns secrets she was never supposed to know. And as she starts to fall for Verity’s husband, she realizes she might be able to use those secrets to her advantage.

5-star review: “I found this story creepy, dark, addictive and absolutely unputdownable. Hoover has quite an imagination, and as an avid thriller reader I was immediately drawn into the creepy world she created.” —BernLovesBooks 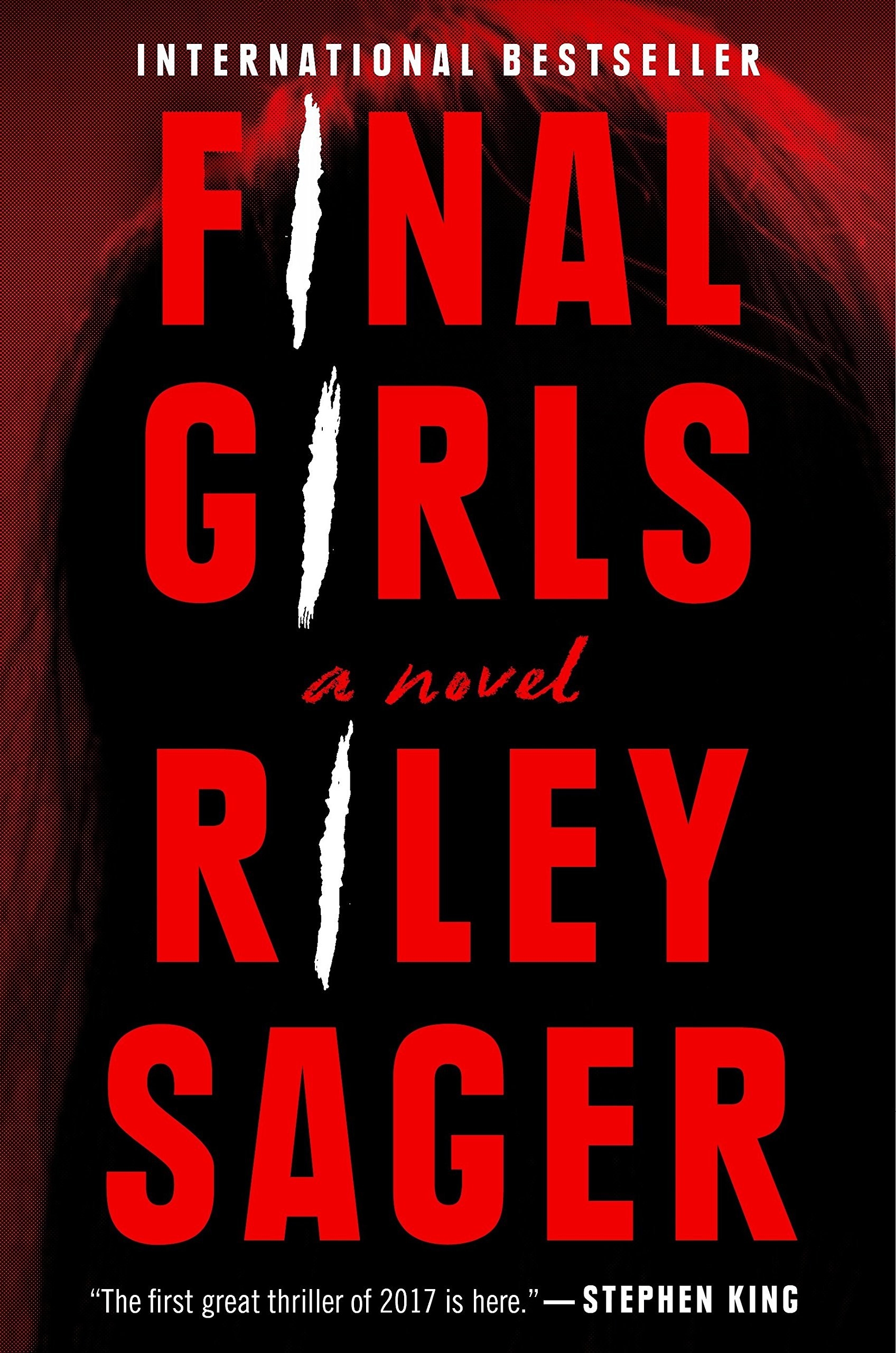 Ten years ago, Quincy Carpenter was the only survivor of a grisly massacre during a vacation with friends. Now she finally has her life together — a loving boyfriend, a popular blog, a beautiful apartment — and she barely remembers that awful night. Then Lisa — another “final girl,” who survived the massacre of her sorority house — is found dead, and a third final girl shows up looking for help.

5-star review: “Final Girls was brutal, violent, and wicked fun. I honestly can’t remember the last time I enjoyed a book as much as I did with this one. The very best thing about it is that I could not predict the ending or any of the twists — nothing.” —Ellias 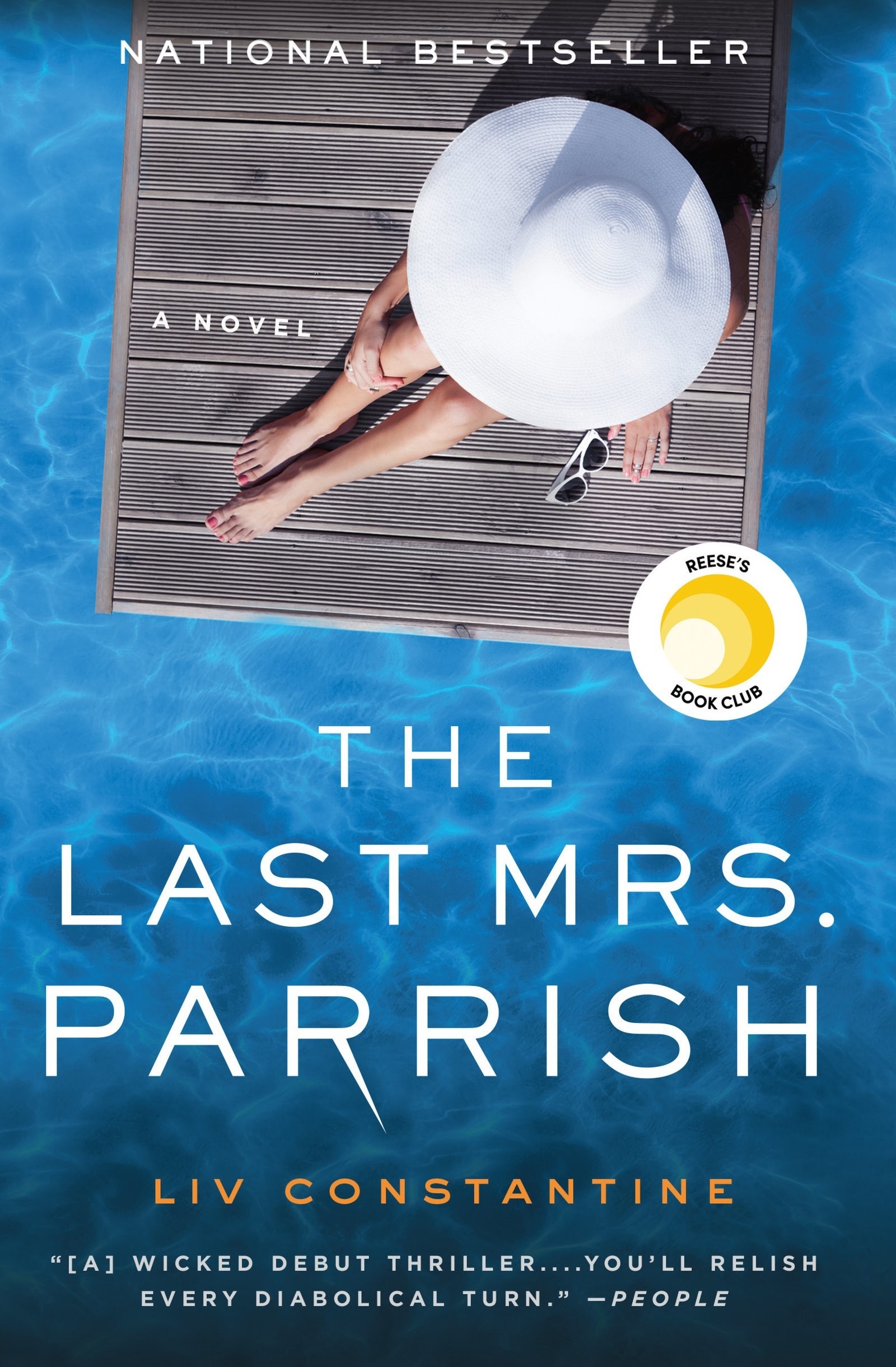 Amber Patterson is tired of being a nobody, and she knows her life would be better if she were more like her seemingly perfect neighbor, socialite and philanthropist Daphne Parrish. So she comes up with a plan: She endears herself to Daphne, becoming an honorary member of the family. But a dark secret from her past emerges and threatens everything she’s accomplished.

5-star review: “I devoured this entire book over a lazy Sunday. It is extremely addictive. The writing flows beautifully, and the story grabs you and won’t let go. I was dying to know exactly how this craziness would end, but now I’m kind of disappointed that it’s over! I’m already planning on encouraging friends to give it a read so we can discuss it. It’s pure scandalous fun.” —Sarah Joint

Sometimes I Lie by Alice Feeney 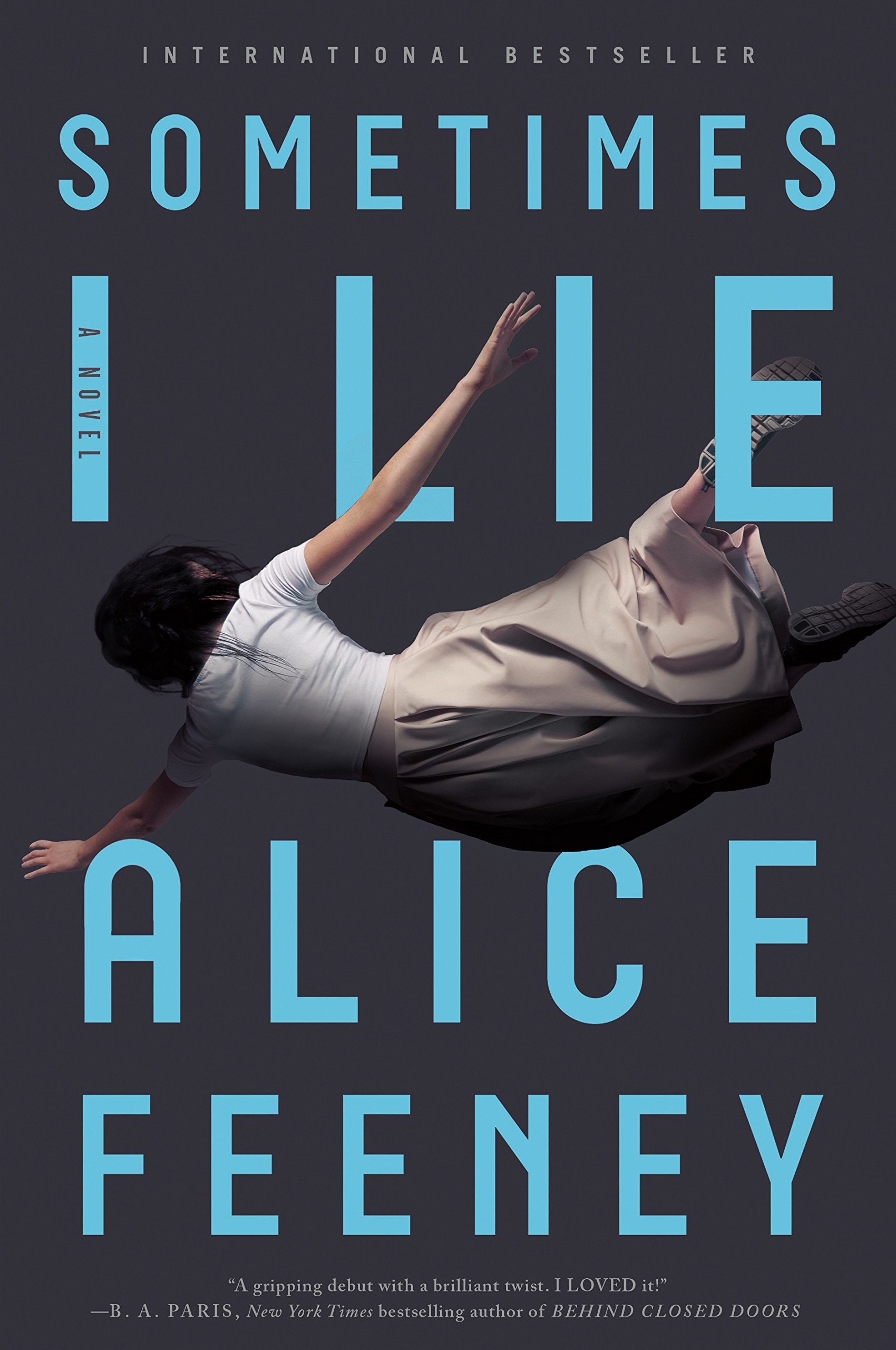 5-star review: “What a finely-crafted whodunit!! It will have you questioning absolutely everything — what’s real, what isn’t; what’s the truth, and what’s a lie! Alice Feeney has delivered a diabolically twisted thriller that will leave you speechless.” —Kaceey

The 7½ Deaths of Evelyn Hardcastle by Stuart Turton 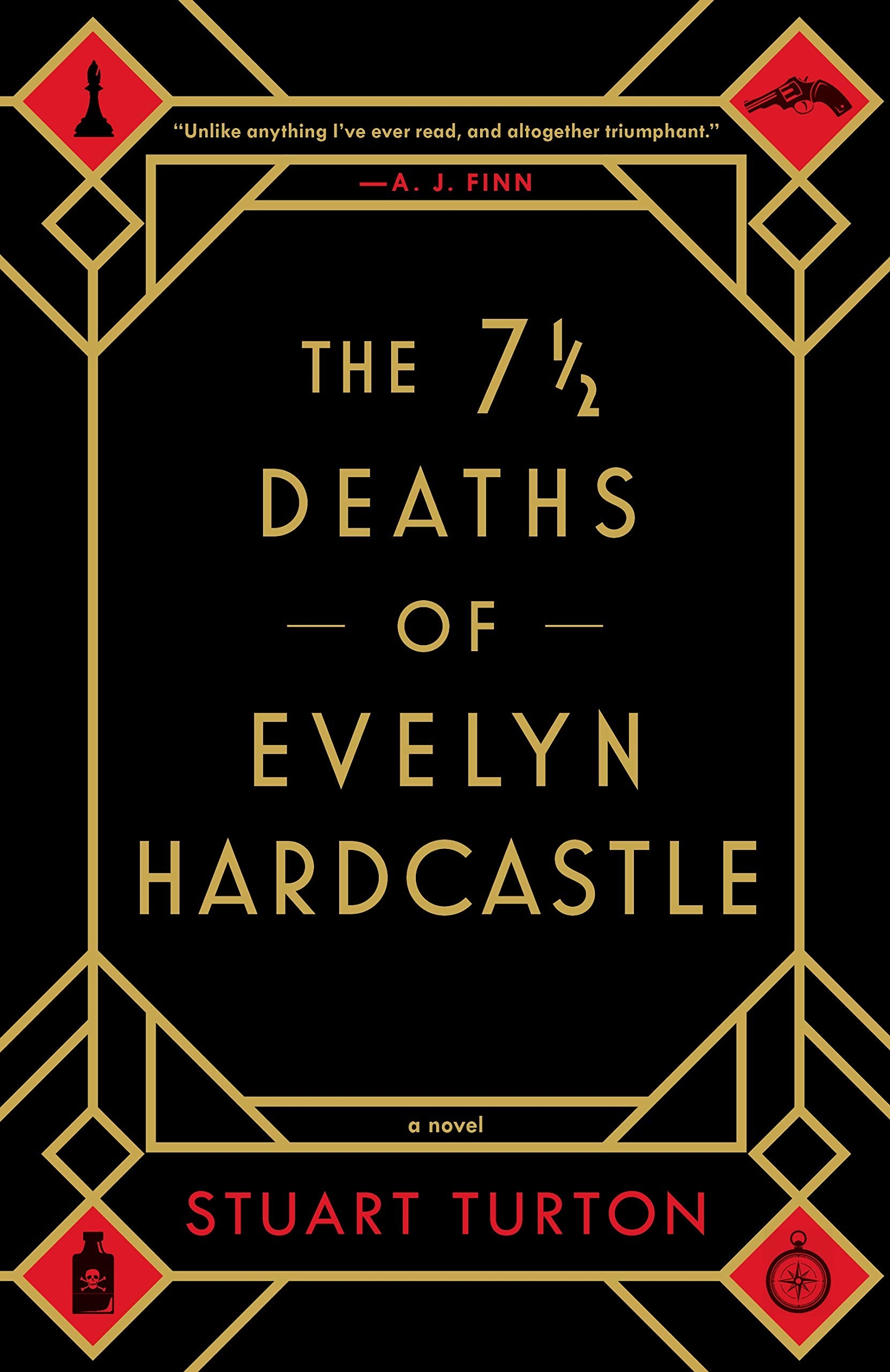 Aiden Bishop is trapped in an eternal loop of the same day — the day Evelyn Hardcastle dies. It’ll keep looping until he can identify her killer, which would be easier to do if he didn’t keep waking up in different bodies.

5-star review: “Stuart Turton has written an extraordinarily original, atmospheric, intelligent, and fiendishly complex novel that I really loved! At one level it masquerades as an Agatha Christie-style golden age classic crime, and indeed many of the tropes present in that genre are here such as the diverse range of characters at a country house party. It is no exaggeration to say it is so much more — there are even time leaps — and absolutely nothing is as it seems.” —Paromjit

The Couple Next Door by Shari Lapena 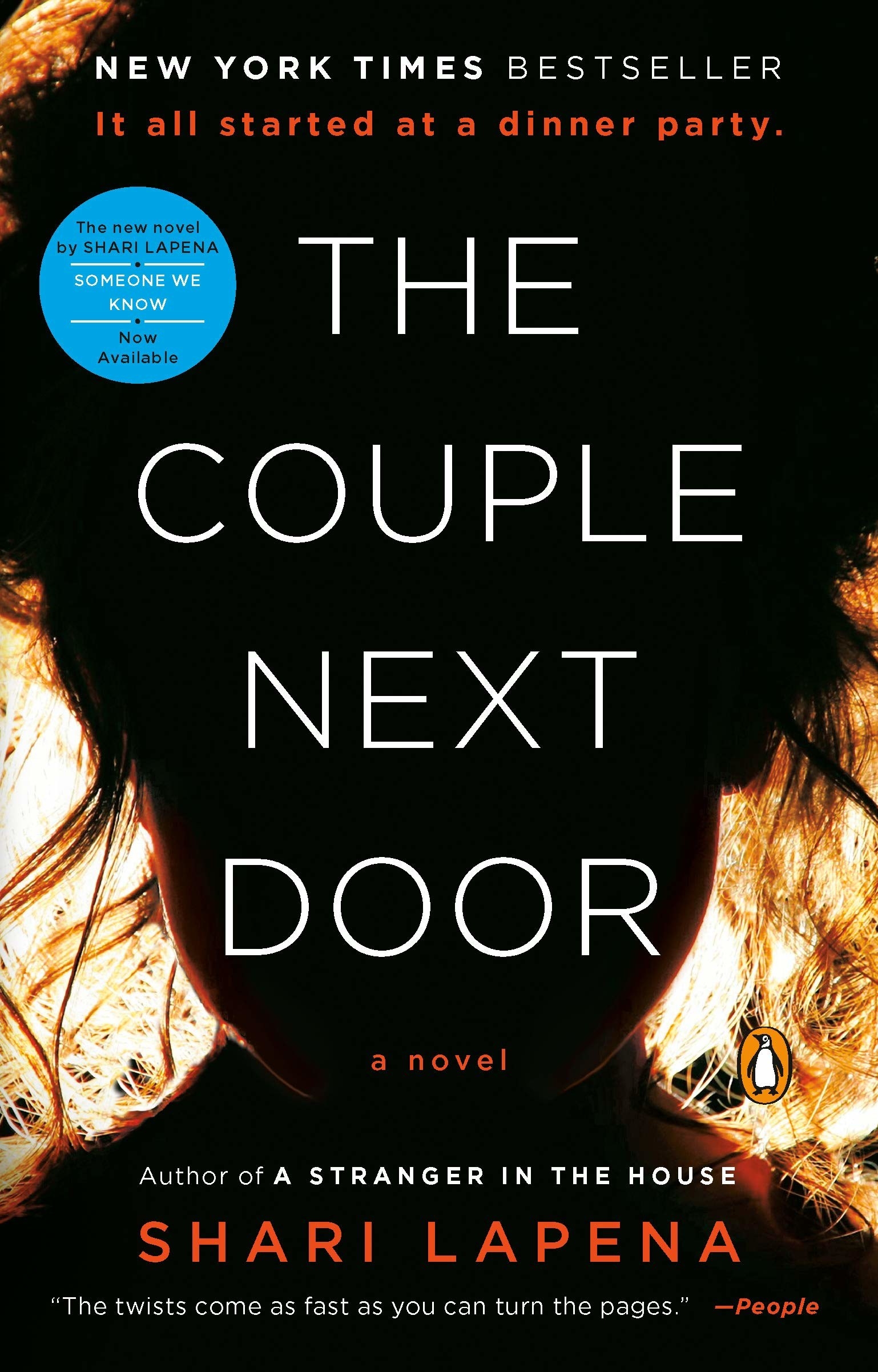 Anne and Marco leave their six-month-old baby home alone while they attend a party next door….nothing could go wrong, right? Fans of high-paced domestic thrillers will tear through this one, especially as Anne and Marco learn they been keeping years-long secrets from each other.

5-star review: “The Couple Next Door is an outstanding debut psychological thriller novel, and one of the best books I have read this year! This novel, about a child-abduction case, races along at an amazing speed, full of twists and turns, totally gripping the reader for the suspenseful ride from beginning to end. I kept flipping the pages as I had to know what had happened. I loved it!” —Sue

All the Missing Girls by Megan Miranda 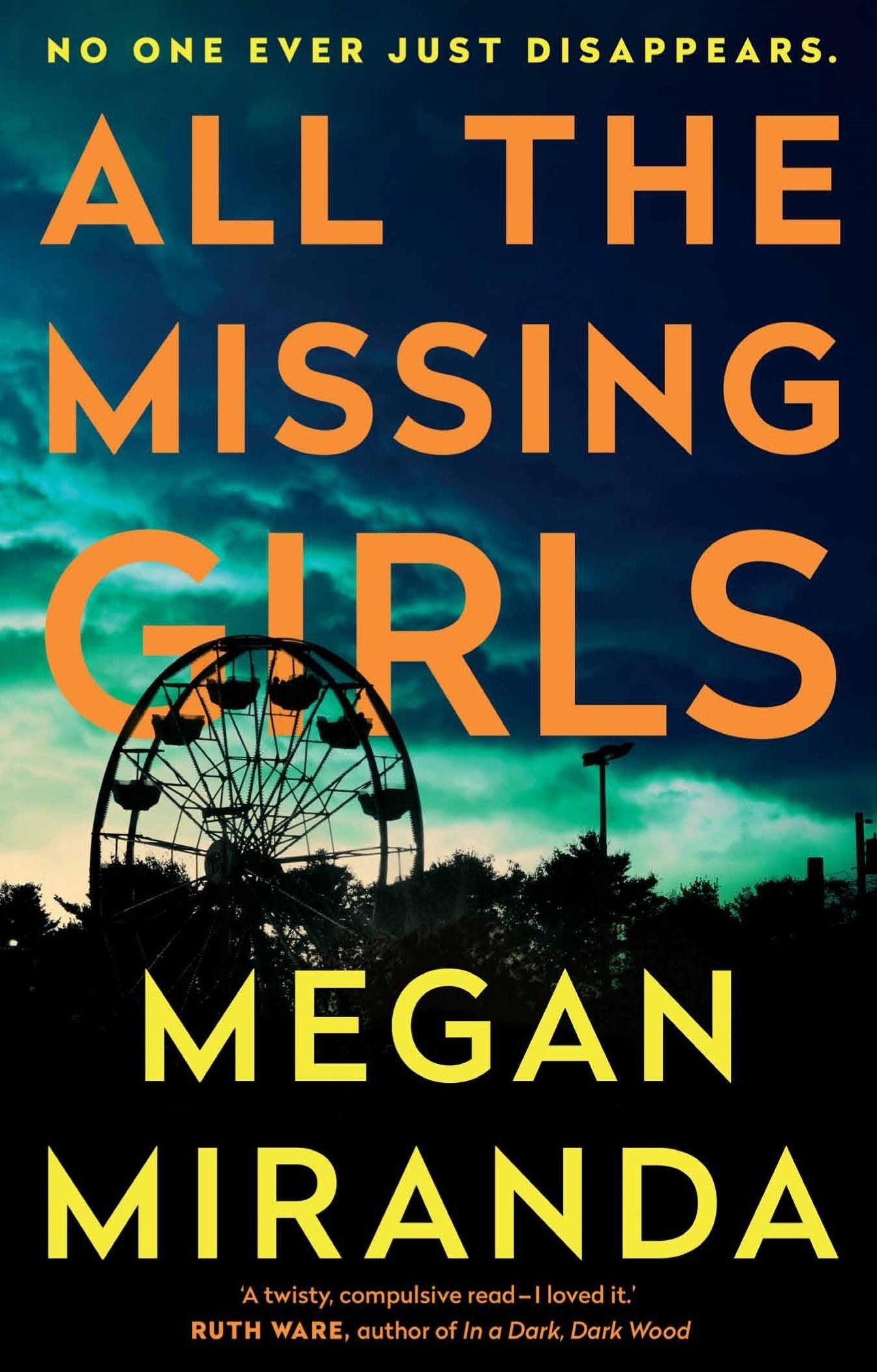 Nicolette Farrell returns home to take care of her sick father ten years after her best friend Corinne disappeared. Of the four suspects in the investigation — Nic, her brother Daniel, her boyfriend Tyler, and Corinne’s boyfriend Jackson — only Nic left town. Now that she’s back, old wounds reopen — and a new scandal arises when Tyler’s girlfriend goes missing.

5-star review: “Super twisty and held my attention from the first to last page. I wasn’t expecting the ending and was extremely impressed with the way the story was told in reverse; a difficult feat that was pulled off nicely. Very satisfying and suspense filled read!” —Chelsea Humphrey