For the second year running, Women in Film has released its awards-season ballot recognizing “all of the women whose work behind the camera made the film landscape of 2020 possible.”

The inaugural version of the ballot was released in 2019 just as the Hollywood Foreign Press Association unveiled its Golden Globe nominations. That 2019 Globes list included zero women in its film directing category.

“There is an abundance of excellent work done by women behind the camera in film,” said WIF in a recent social media post. “We want to see them celebrated with nominations and awards, which can lead to continued work and career growth.

This year’s Vote For Women effort comes about a week after the Golden Globe nominees list took a leap forward, with women landing three of the five noms in the Best Director Motion Picture field. Prior to 2021, only six women had ever been nominated for the Globes’ director award.

“When women are overlooked by awards-granting bodies, we don’t accept the excuse that there weren’t enough women producing high-quality work,” said a statement from WIF. “This ballot shows that there is an abundance of women whose work behind the camera should be recognized with nominations and awards.”

WIF acknowledged that the list was by no means complete. So it provided a link to a form by which suggestions may be submitted.

“While our ballot may not ultimately line up with who or which films the awards-granting bodies select for eligibility or recognition, we will continue to celebrate the women who are recognized with nominations and awards throughout the season,” promised WIF.

Check out the group’s “2020-21 Awards Season Ballot” at the bottom of this post or get a closer look here. 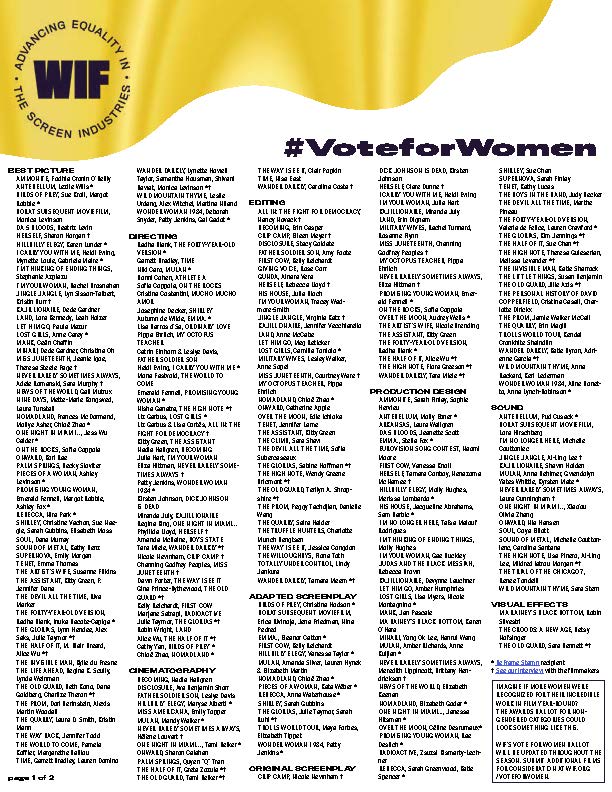 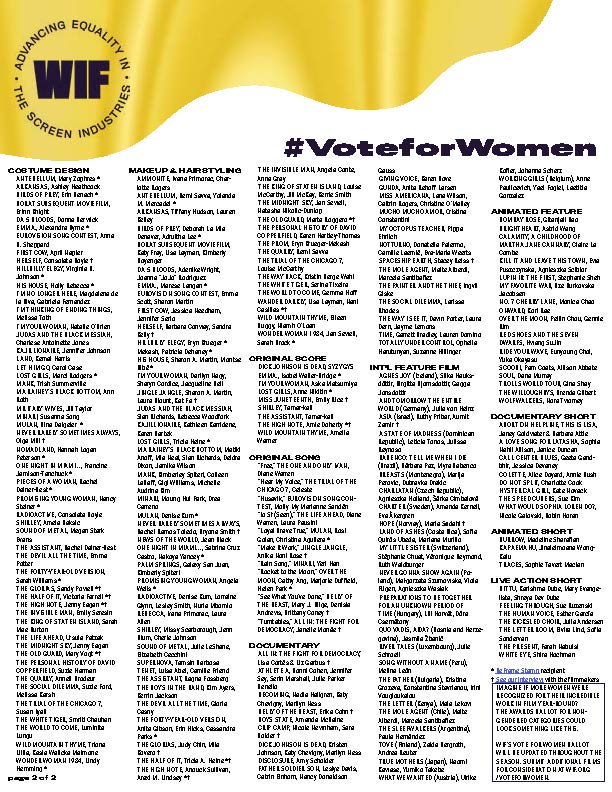