Will ‘Animal Crossing’ Sanrio Amiibo Cards Restock At Target? Here’s What We Know

By now, you know that Animal Crossing: New Horizons broke the internet following its March 2020 release and brought some much-needed calm to everyone’s quar routine. One great thing about the game is its Amiibo Card compatibility, and islanders obviously agree because Target’s highly anticipated Sanrio Amiibo packs sold out at a lightning rate. Unfortunately, that means a lot of players were left empty-handed, so if you’re wondering if the Animal Crossing Sanrio Amiibo cards will restock at Target, here’s the scoop.

If you’re not familiar with what Amiibo Cards do, they allow you to bring characters and items to your island. Target’s exclusive limited launch for the Animal Crossing Sanrio Amiibo Cards sold out fast. The packs offered a line of Sanrio-inspired apparel and items from faves like Hello Kitty and My Melody with in-game characters inspired by Sanrio classics. Since the Amiibo pack was announced in late February 2021, fans likely marked their calendars for the release date, and the rest was history.

Unfortunately, as of publication on Saturday, March 27, Target does not have any current plans to restock the Animal Crossing Sanrio Amiibo Cards. However, it’s important to note that these things can change, so you may want to stay updated on any future Animal Crossing news from Target.

Once the Amiibo Cards finally released at Target locations on Friday, March 26, at 9 a.m. ET, they were only available as order pickup or drive-up purchases for $5.99 for a six-card pack and were limited to two packs per customer. 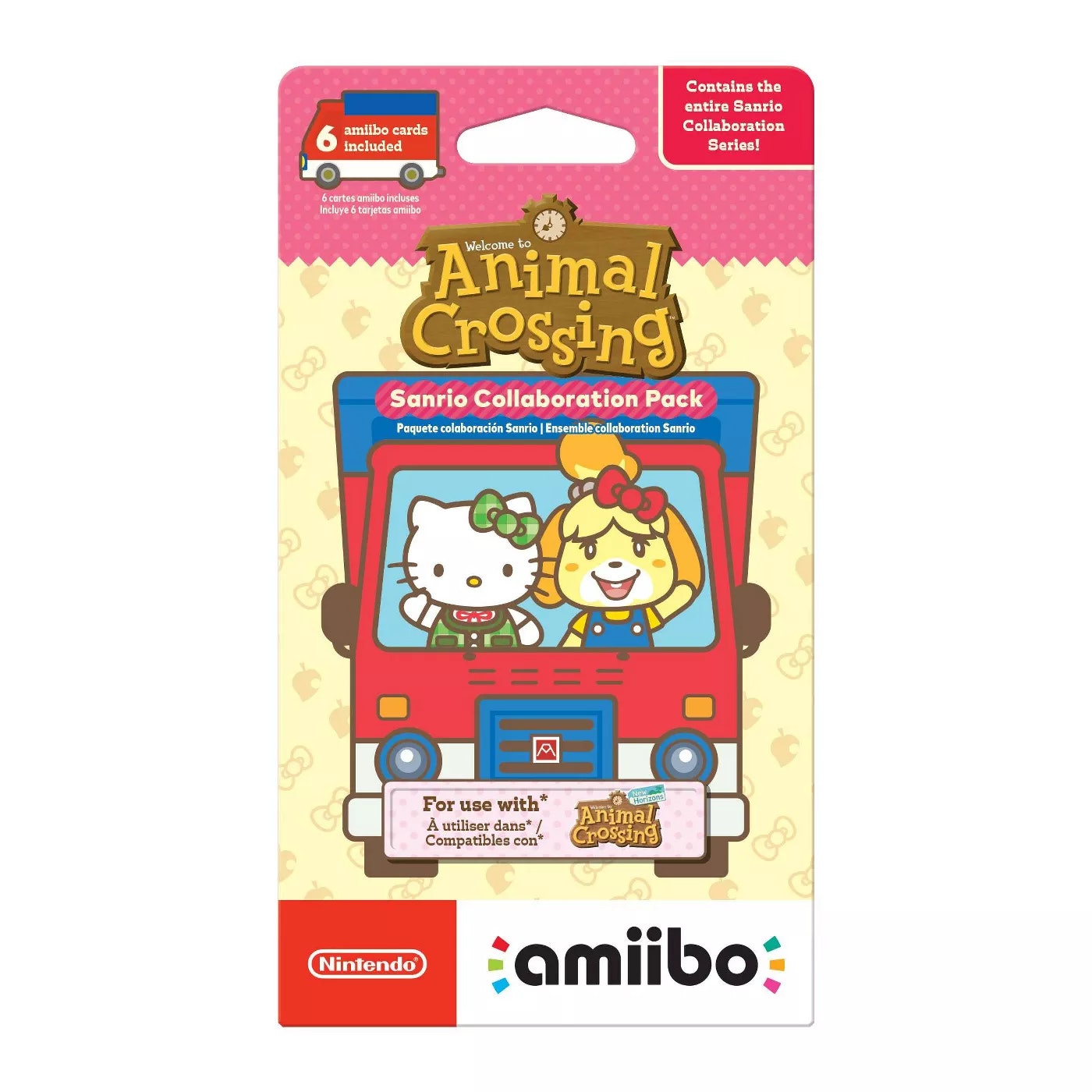 The Amiibo Sanrio Collection Pack features a total of six cards with different nods to Sanrio characters. First is a gorilla called Rita, who comes with Hello Kitty items. The second is a bear named Marty with Purin items. The third card is a sheep named Étoile, who fits into Little Twin Stars’ aesthetic. The last three characters include Chai, an elephant with Cinnamoroll items, Chelsea the deer, whose vibe is My Melody, and Toby, a rabbit styled after Sanrio’s Kerokerokeroppi.

The Sanrio Amiibo Cards will likely end up flooding places like eBay, but at a much higher price.

Although the Animal Crossing Sanrio Amiibo cards sold out at Target, you can still keep an eye out for other limited-edition packs to hit stores in the future.