Why Alicia Silverstones TikTok Confession Has Fans In A Frenzy

Actor Alicia Silverstone has officially joined Gen Z on Tik Tok. The “Clueless” star joined the app by re-enacting an iconic scene from the 1995 movie.

With the caption, “Ugh! As if…I wouldn’t join TikTok,” Silverstone dug up her yellow plaid blazer from the movie and reenacted her role as Cher, with a little help from her son. The “As If” scene was the perfect way for the actor to make her presence known on the app, bringing all the nostalgia. “Clueless” premiered in 1995 and starred Silverstone alongside celebs like Brittany Murphy, Paul Rudd, and Stacey Dash. The movie followed a Beverly Hills teen and grossed an overall $56 million worldwide, according to Box Office Mojo.

More than 25 years later, fans of all ages were thrilled to see Silverstone join TikTok, but it wasn’t long until the actor’s posts caused a commotion in the comments section. Keep reading to see what Silverstone shared that shocked even decades-long fans.

Alicia Silverstone says fans have been mispronouncing her name for years 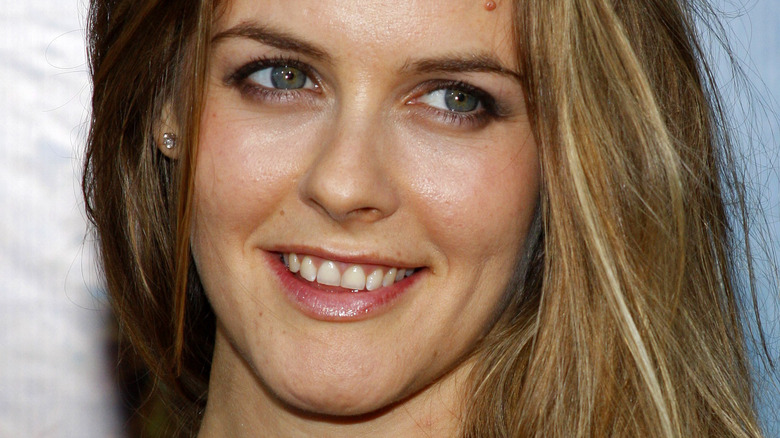 After bringing fans back to 1995 and recreating her iconic “As If” scene from “Clueless,” Alicia Silverstone joined in on a TikTok trend of users correcting the internet on the pronunciation of their names. “My name is ‘Ah-LEE-see-ah,'” said Silverstone. “Not ‘Ah-LEE-shah.’ Not ‘Ah-lee-SHAH.’ Alicia!” The actor added the caption, “just an FYI… it’s Ali-SEE-yuh.” The revelation that the world has been mispronouncing Silverstone’s name for decades blew away fans in the comments section, who apologized to the star for years of calling her “Ah-lee-shah.”

“I would like to give a formal apology for completely pronouncing your name wrong for my entire life??? That’s wild,” wrote one user, via Today. Silverstone responded back to one user, writing, “it doesn’t bother me though! But my sweet mama didn’t like it… so for her… get it right! Ali-SEE-yuh.”

The “Clueless” actor isn’t the only celeb to have her name mispronounced by fans over the years. Rihanna told British Vogue in 2019 her name is pronounced “Ree-Anne-ah,” not “Ree-ah-na,” and in 2018, Chrissy Teigen admitted the world had been mispronouncing her last name as “Tee-gen,” when in reality her name is “Tie-gen.” The more you know!