Who Is Prince Harrys TikTok-Famous Lookalike?

Imagine having a celebrity doppelgänger so convincing that your own children can’t tell the difference. We suppose it could be worse, depending on the celebrity, but this is what happened to one Arkansas dad, whose toddler got a bit confused when looking at a picture of Prince Harry on the cover of People magazine. The whole thing was captured on a TikTok video, which has since gone viral, natch.

In the clip, the little girl is shown the photo of Harry and asked, “Who’s that?” To which she responds, with confidence, “Daddy.” The camera then pans to show the real Daddy who is, in fact, a dead ringer for the royal.

No, this is not the plot of “The Princess Switch,” and Prince Harry hasn’t secretly traded places with an American everyman to get a taste of the simple life ( … we don’t think). But we do know a bit more about the red-haired lookalike. 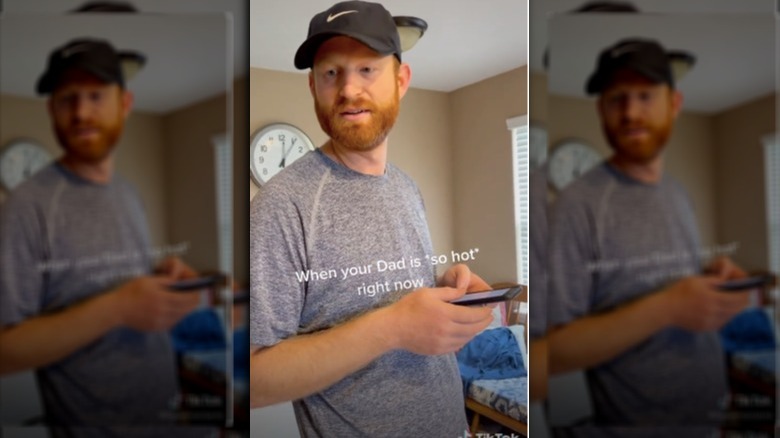 The man, who is not Prince Harry or his evil twin, is a teacher and soccer coach in Arkansas named Kevin Ganus. Ganus’ wife, Betsy, told People that when she saw the picture she just couldn’t resist testing it out. “It was such a large shot of Prince Harry, and I thought, ‘Oh my gosh, that looks so much like Kevin,'” she said. Apparently she wanted to know if the couple’s 1-year-old daughter Mary thought so too. “I’ve thought before, but I was holding Mary and I was like, ‘Mary, who is that?’ and she said, ‘It’s Daddy!'” Betsy added.

Seeing as his own flesh and blood can’t tell the difference between Kevin and Prince Harry, it should come as no shock that he gets mistaken for the royal by strangers all the time. “My parents lived in London for a few years, and I would go visit them,” Kevin told the outlet, “and one time I was in the airport, and a lady was just looking at me. She was staring me down. She definitely thought I was Prince Harry.”

Our only question now is: Why did he blow his cover before asking the real Prince Harry if he wanted to switch lives?

'I Carry You With Me': A Love Story, With and Without Borders
Britney Spears boyfriend' Sam Asghari shares snap of a lioness
Popular News
Why does Tom Cruise do his own stunts? ‘No one asked Gene Kelly, ‘Why do you dance?’’
18/05/2022
Man Utd wonderkid Ramon Calliste, called ‘the next Giggs’, now owns luxury watch business and makes £5m a year – The Sun
26/03/2020
Megan Thee Stallion Addresses Criticism Over Twerking: ‘I Love to Shake My A**’
26/03/2020
Police guard shops to stop coronavirus panic-buyers and enforce social distancing – The Sun
26/03/2020
Coronavirus: Good Morning Britain’s Dr Hilary reveals ‘game-changing’ self-testing kit
26/03/2020
Recent Posts