Where You Can Buy The Exact Clothes From The Bachelorette 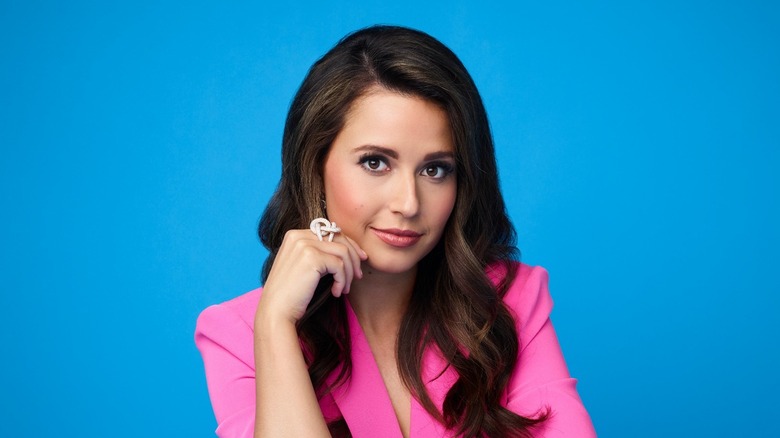 While Katie Thurston just recently graced our screens as the newest Bachelorette, the internet is already searching for her staple outfits. Just like the 30-year-old marketing manager is on her quest for love, we are on a quest for her power pink suit.

In her promotional video, Thurston wears a statement pair of suit shorts and a blazer. Perhaps as an ode to her cheery and playful personality, Thurston wears the Cinq a Sept Khloe Blazer and Elaine Shorts in hot pink (via WornOnTV). Perfect for a weekend brunch or perhaps a more casual office, you can find the set on Saks Fifth Avenue website.

In her other promotional spot, looking quite like the princess, Thurston paid an homage to her first night dress during Matt James’ season of “The Bachelor”. The Randi Rham gown is in the same pale lilac silver shade as her gown going out of the limo, but features a fuller skirt with flower embroidery. The 2020 Spring collection number is not currently for sale but can be found on the designer’s website. 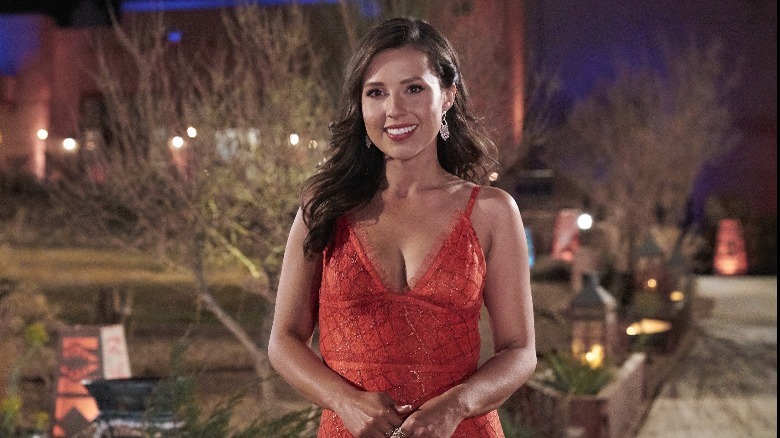 While Thurston’s season has so far started by fan reactions of first impression rose winner Greg Grippo, fashion has also been quite the hot topic of conversation. Many of the men of the season opted to wear blue suits. But what caught the internet’s eyes was the surprisingly high pant hems and thus exposure of the “mankle” (via TheDipp).

Still, the men did not steal the light from the Bachelorette. Wearing a red embellished dress also from the Randi Rham couture collection, Thurston wore her hair in waves collected to one side (via WornOnTV). While Thurston’s dress certainly shined in newest Bachelor Mansion, some were not huge fans of the red sparkles.

StyleCaster likened the night one gown to a hot Cheeto, both in color and in texture. “This is not Katie slander; it’s merely an in-depth examination of what appears to be Randi Rahm attempting to recreate everyone’s favorite flaming-hot snack food in couture form,” wrote SC writer Bella Gerard.

There’s been some controversy over Bachelorette stylist Cary Fetman’s choices for Thurston. From the purple pencil skirt worn backwards in the promo, to the “Be a Katie” t-shirt, fans of the show have not been highly impressed with Fetman’s styling this season. Still, Thurston managed to rock the wavy hair and glowy make-up look on the first night (via StyleCaster).

Outfits for every date possible 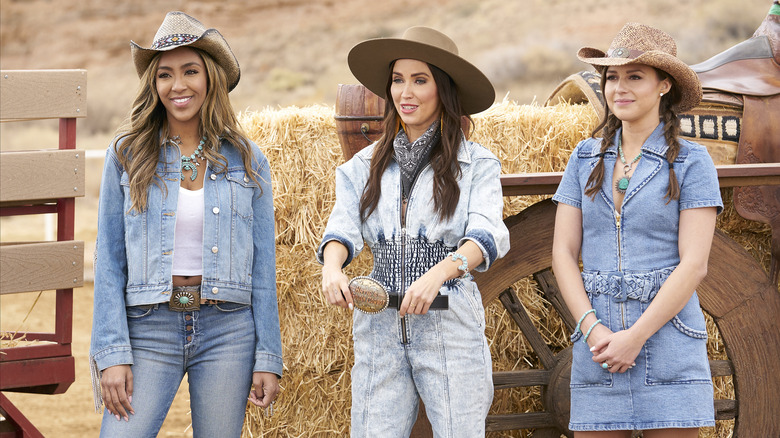 WornOnTv, the site perfect for finding everything the Bachelorette wears, has also managed to find Thurston’s Lamarque Monique tan plaid shirt, her red Trillium parka by Canada Goose, and her Derek Lam Gwen field jacket through the episode’s preview of the rest of the season. While the men of Thurston’s second group date went sans clothes, Thurston and hosts Tayshia Adams and Kaitlyn Bristowe’s greeted the men all decked in denim. Cowboy hats in hand, “Katie’s Big Bucket Brawl” was in session.

While the men fought in the mud, the ladies stood back beautifully decked with cowboy belts and thick jewelry. The star of the date, Thurston wore the Outlaw Dress by Show Me Your Mumu. The denim mini dress was spruced up with a knotted denim belt. Ever the gracious host, Bristowe wore the Eti Jumpsuit by Retrofete, featuring a cinched waste and tapered legs. Her co-host Adams paired a pair of jeans with Veronica Beard Kinley crystal-embellished denim jacket. And like every great cowgirl, she donned a stunning pair of white cowboy boots.

If you’re looking for the Bachelorette of season’s past, WornOnTv also lets you see the outfits of former Bachelorettes Tayshia Adams, Clare Crawley, and Hannah Brown.